Last covered here at the end of January, Twitter's PWA app, officially packaged by the company for the Windows 10 Store, has received a big server-side update, detailed below. No, there's still no DM 'push', and I'm not sure this will ever be possible under Windows 10 Mobile. But hey, once you're in the PWA it's becoming a fuller and fuller Twitter experience. In this update, some improvements for the handling of images, both downloading and uploading...

Here's the official changelog for the PWA since we last covered Twitter PWA here, (note that not all items are relevant to the PWA under Windows 10 Mobile and the Edge 'engine'):

Although not everything above is applicable to Edge under Windows 10 Mobile, I still found stuff to screenshot: 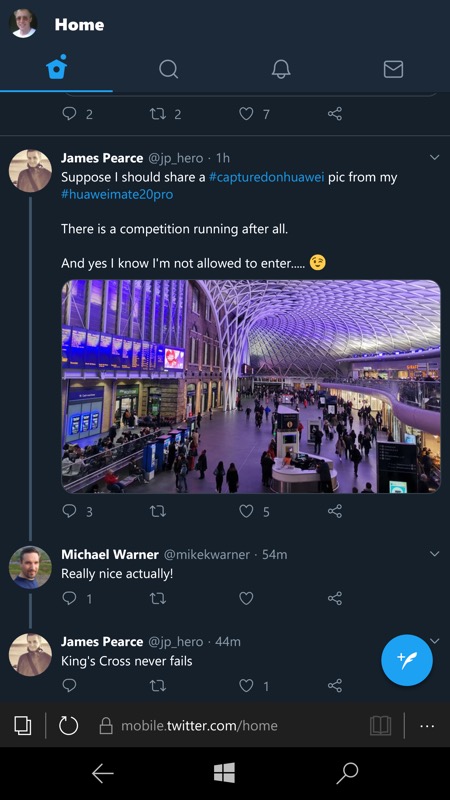 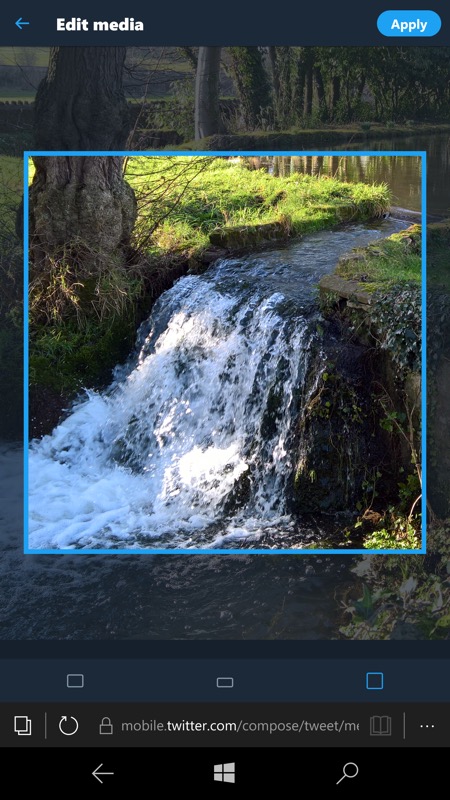 Swiping through a timeline, image display is in theory more intelligent, though even on the 950 XL here, there were occasional moments of lag - understandable given the use of 2015 phones, but still worth noting; (right) cropping and zooming into an image to be uploaded in a tweet.