Last covered here two weeks ago, Twitter's PWA app, officially packaged by the company for the Windows 10 Store, has received a server-side update, detailed below. No, there's still no DM 'push', and I'm not sure this will ever be possible under Windows 10 Mobile. But hey, once you're in the PWA it's becoming a fuller and fuller Twitter experience. In this update, you can  temporarily switch your timeline to be 'chronological'. After a few hours, this will switch back to the default 'algorithmic', though intelligence at the server end will detect if you keep applying the toggle and will leave you longer in 'chronological' - apparently!

Here's the official changelog for the PWA since we last covered Twitter PWA here, (note that not all items are relevant to the PWA under Windows 10 Mobile and the Edge 'engine'): 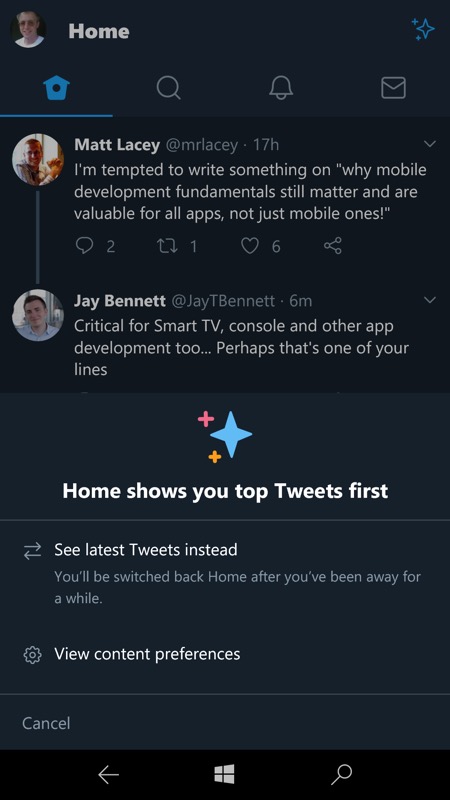 Tapping the top right 'magic' icon brings up this pop up: 'See latest Tweets instead'. Doing the same afterwards changes the pop up to say 'Go back Home'.