Last covered here back in May, Twitter keeps on improving its Twitter PWA, most easily accessed on Windows 10 Mobile through the official UWP Store application, even if the code changes are all server-side. Still, Twitter gets smoother and more functional week by week - it's the flagship social network for W10M these days, I'd argue. Here's what's new, updated and fixed.

A few screens of Twitter's new PWA in action: 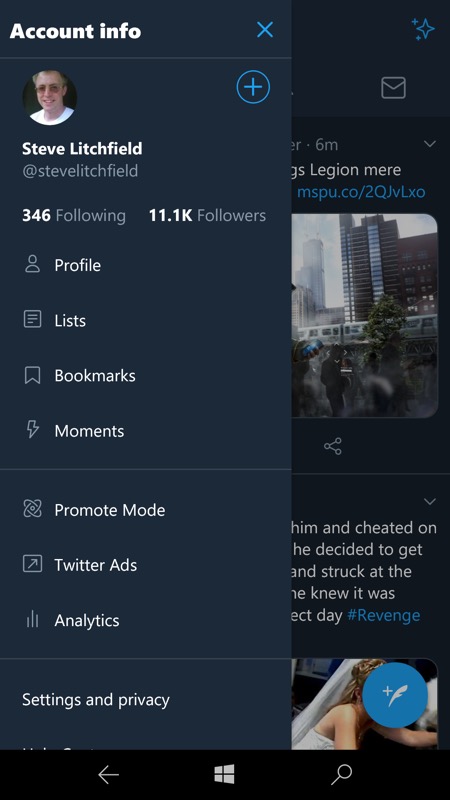 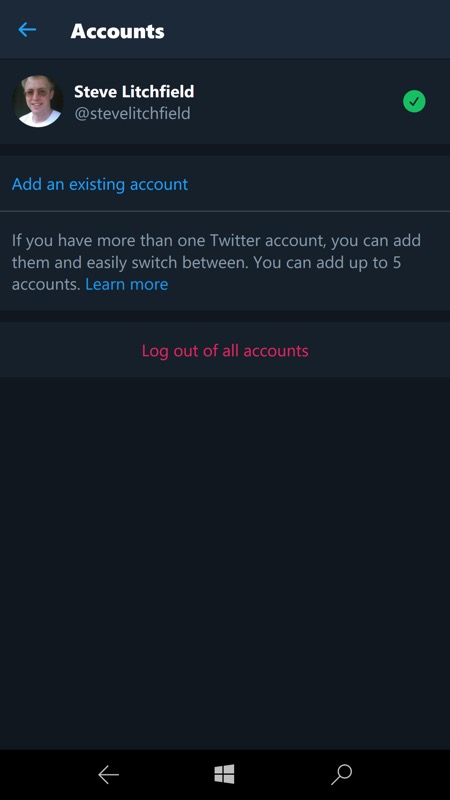 Note the '+' beside the profile name in the slide-out hamburger menu - tap this to start adding a second (or third, etc.) Twitter account... 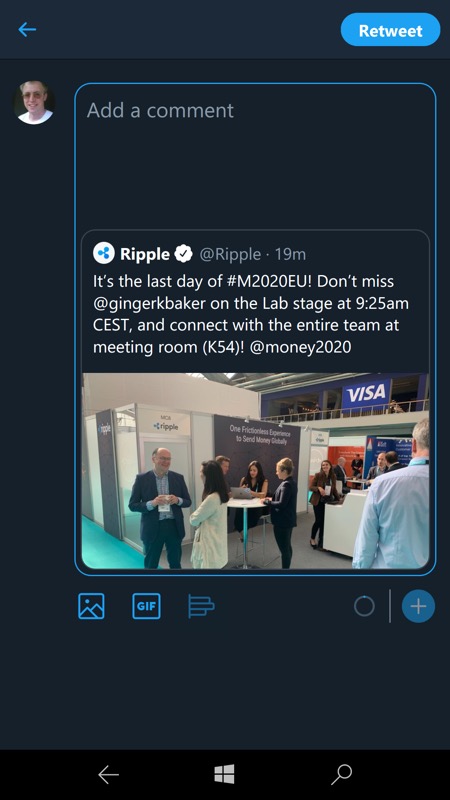 When retweeting, you can now add photos and GIFs as needed, see the controls below the retweet box...

No, there's still no DM 'push', and I'm not sure this will ever be possible under Windows 10 Mobile. But hey, once you're in the PWA it's becoming a fuller and fuller Twitter experience.