Last covered here back in March, Twitter keeps on improving its Twitter PWA, most easily accessed on Windows 10 Mobile through the official UWP Store application, even if the code changes are all server-side. Still, Twitter gets smoother and more functional week by week - it's the flagship social network for W10M these days, I'd argue. Here's what's new, updated and fixed.

All good stuff and, in this case, implemented with no need to even head into the Microsoft Store to update the UWP app.

Here's the new version of Twitter in action on my IDOL 4 Pro: 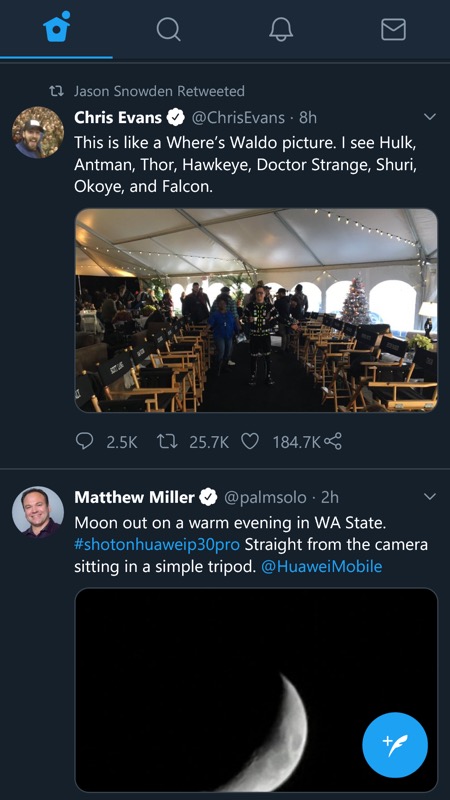 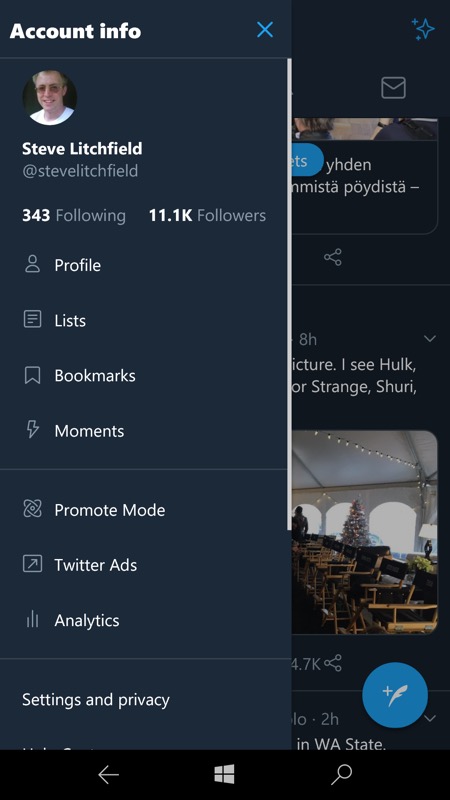 Fast and smooth, with animations, slide-up/down header pane, hamburger menu, Twitter's PWA is exemplary. (If you're wondering what 'Promote Mode' is, then don't bother. It's where you pay Twitter $100 a month to artificially promote your tweets across its network!) 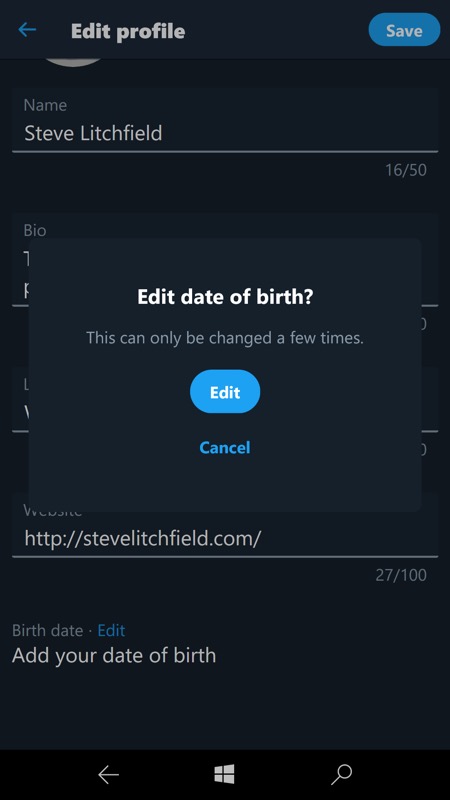 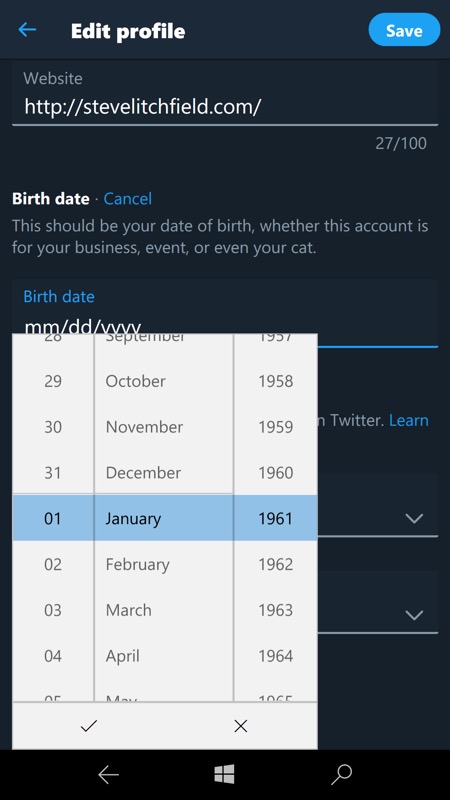 Under Profile, you can now edit and configure your date of birth (the one shown here is fake, obviously, ID fraudsters!)... 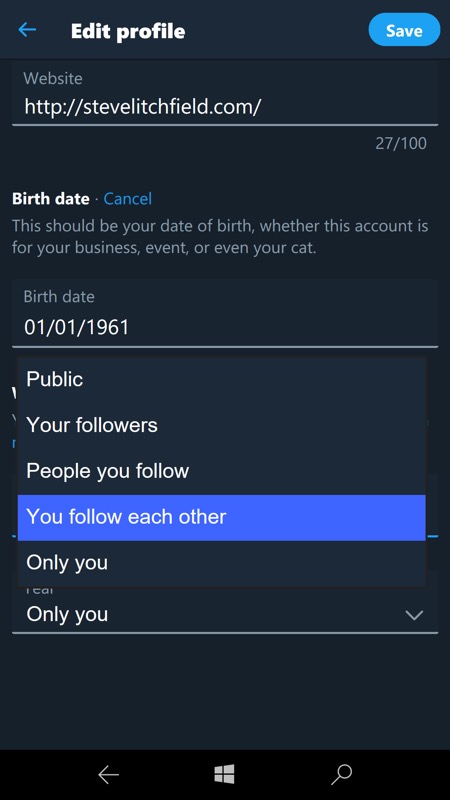 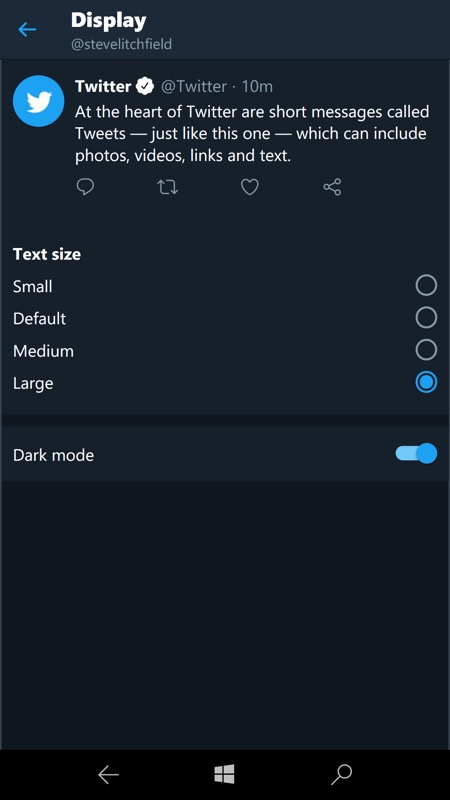 ...and then set who can see the birthday and with a separate setting for birth year, so that ID fraud isn't made too easy! (right) the Settings have been reorganised slightly. There's now a 'text size' choice, with example tweet text, plus 'Dark mode' selection here in this one dialog.

No, there's still no DM 'push', and I'm not sure this will ever be possible under Windows 10 Mobile. But hey, once you're in the PWA it's becoming a fuller and fuller Twitter experience.