The popular YouTube client myTube! has been hitting the buffers, as it were, in terms of Google lowering server-side limits for people using it. In practice, this means that videos simply won't play, so if you've hit this then make sure you take note. In the text below, the developer explains what's been going on, along with a truly tortuous workaround that involves making a fake Google YouTube project app of your own(!) Clever, but you have to wonder how soon Google will clamp down on this sort of thing and withdraw the new API keys?

myTube has been updated to version 3.5.26. Google has not responded to my requests to return the app's API usage limit to its previous level, so starting with this update I'm making changes to reduce the app's API usage, so it doesn't exhaust its lowered quota before the end of each day.

This update includes the ability to use your own API key. In the "General" section of the app's settings, scroll down until you see the "Use your own API key" button, clicking it will take you to a page with instructions on how to acquire and use your own key. This an option for more advanced users, but taking advantage of it means you won't run into the API usage limits myTube's suffering with right now, as your personal key will be used only by you, not by thousands of people. Additionally, using your own API key will reduce the usage pressure on myTube's main key. If you're a more savvy user, it could really help a lot if you take advantage of this option.

There are also improvements for people not wanting to go down this rabbit hole, happily:

This also update includes a completely rebuilt caching system which is faster and easier on laptop/phone batteries. As such, I've enabled caching in the background. This should lead to a substantial decrease of API usage when updating live tiles in the background, as they can now reuse existing data that was cached to storage instead of pulling it from the API. Additionally, playlist and channel tiles now use RSS instead of the API to poll for content. This means that when there is no new content to display between live tile updates, the tiles will have zero API usage.

My deepest apologies once again that you've had to endure a reduced myTube experience for so long. Google has unfortunately left us in kind of a pickle. I promise I'm doing everything in my power to get the app running like normal again even under the reduced API limit. 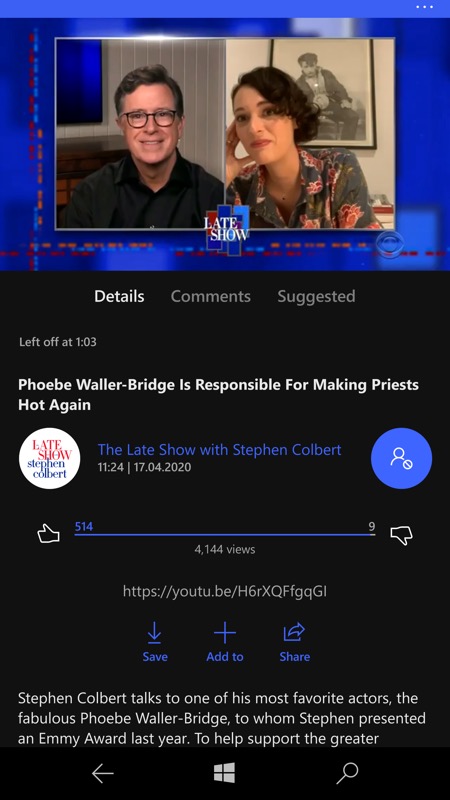 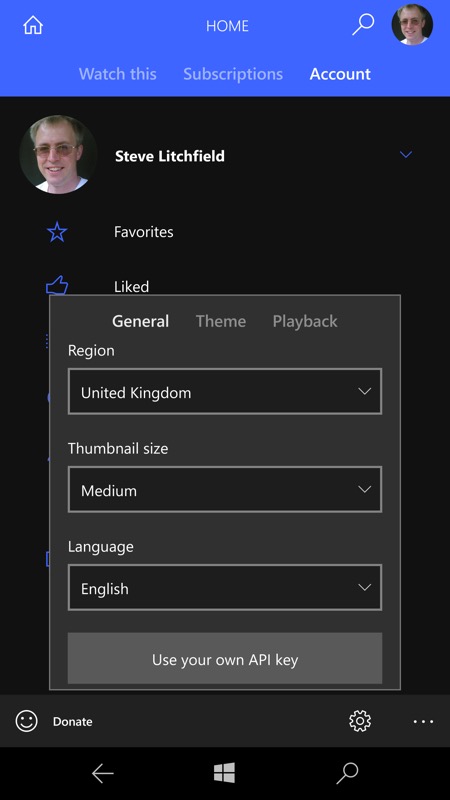 The application still mainly works, thanks to the optimisations above. However, if you want to try the advanced API workaround then you can start here in Settings/General... 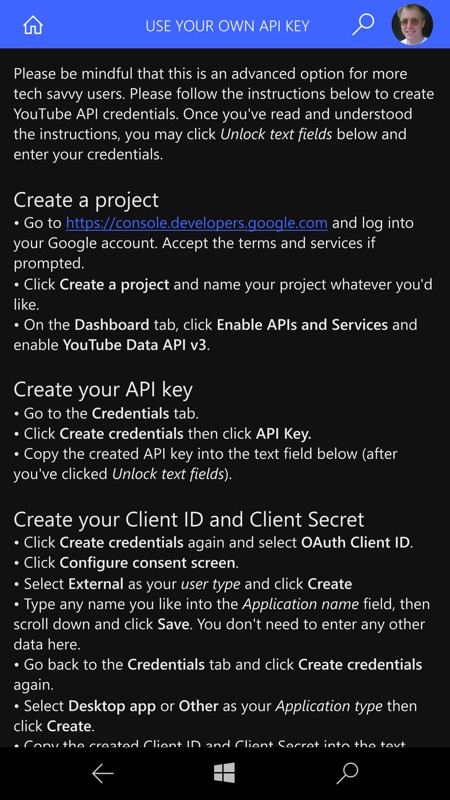 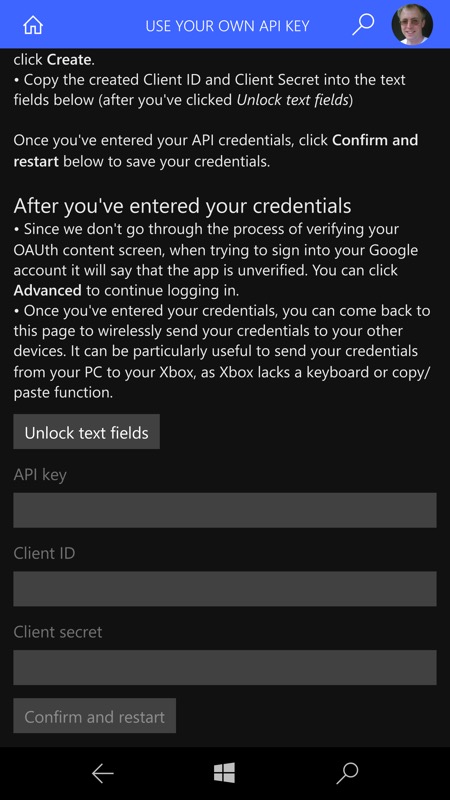 The developer explains in gory detail exactly what to do, though I can't help but think that creating a new Google Project and Client ID is all rather overkill to access YouTube and that Google itself will kill the idea if it's used by too many people? Comments welcome!

PS. There's also myTube's next-gen beta, last reported on here. The install/download link is hidden in the Store (being a beta) but I have it for you here: https://www.microsoft.com/en-gb/p/mytube-beta/9wzdncrdt29j - so go knock yourself out.