Thanks to Mark Finlay for pointing me to an easy workaround to getting the Lumia 950/XL to work with the NexDock Touch - out of the box, changes at NexDock's end mean that there are electrical issues when working with the 950 or 950 XL (though the lapdock works fine with the Alcatel IDOL 4 Pro and Elite x3). However, it seems that piping the USB Type C signals through a hub are enough to persuade the NexDock Touch to recognise the Lumia and Continuum works just fine. See the photo and details below... 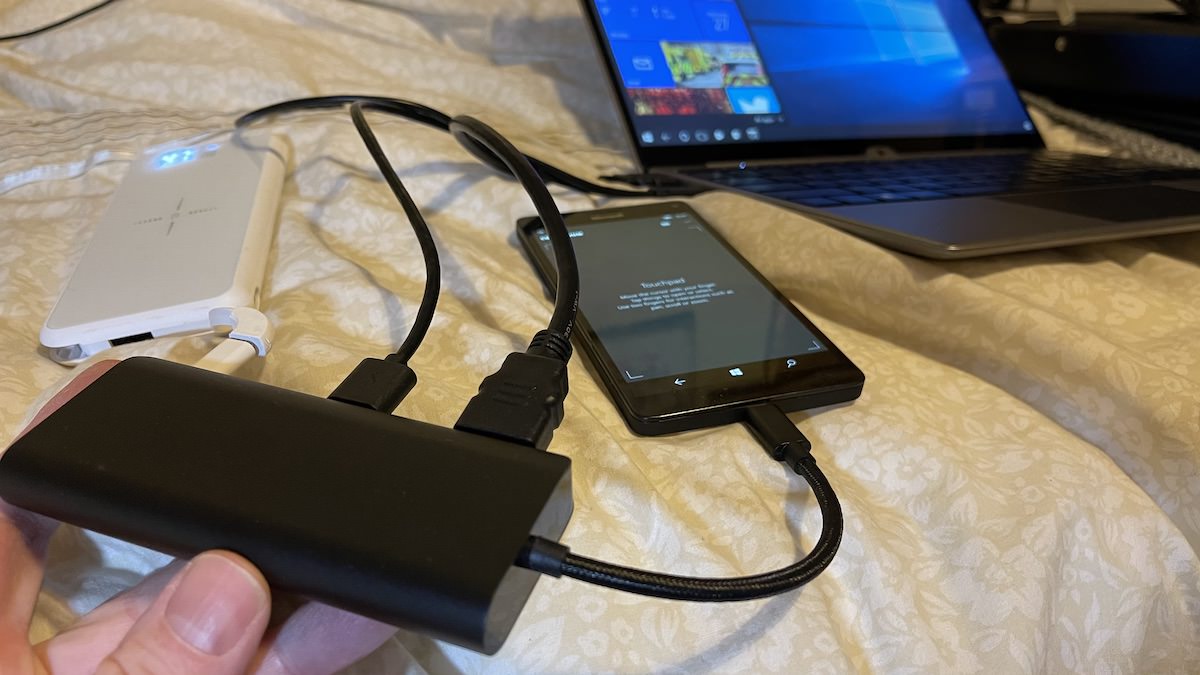 Here's the setup (also shown above):

For bonus points, plug a power bank or mains source into the power input socket on your hub and/or the power Type C of the NexDock Touch. These will top up the Lumia and/or NexDock respectively!

OK, so we have a few more wires than you'd normally need for an Elite x3 (say) or a Samsung Android phone with DeX. But it works!

The bigger picture is that because of Covid-19 logistics and component shortages, the NexDock Touch is effectively terminated as a live product, replaced by the NexDock 360. Of which more later this year. Which is a crying shame. But if you have a 'Touch' (they only made a few thousand) then prize it because it's pretty unique.

See also our other NexDock Touch content (some of which I'll 'touch' up [see what I did there?] to reflect this new connection news in the next few days: