How much faster is Nokia Xpress compared to Internet Explorer?

Yesterday Nokia announced the beta of Nokia Xpress, a proxy-based web browsing service, for its Lumia devices. Leaving aside the "magazine" and other elements of the user interface, we were keen to find out if the claims of being faster and using less data were borne out in practice. Armed with two different connection methods and six different test sites, we put Internet Explorer from Windows Phone 7.5 and Nokia Xpress for Lumia head to head.

There were four use cases:

For each site, the load time was measured five times. The highest and lowest times were discarded and the remaining times averaged to give the results below. The WiFi was a 6MB broadband connection, the 2G connection was O2 GPRS. 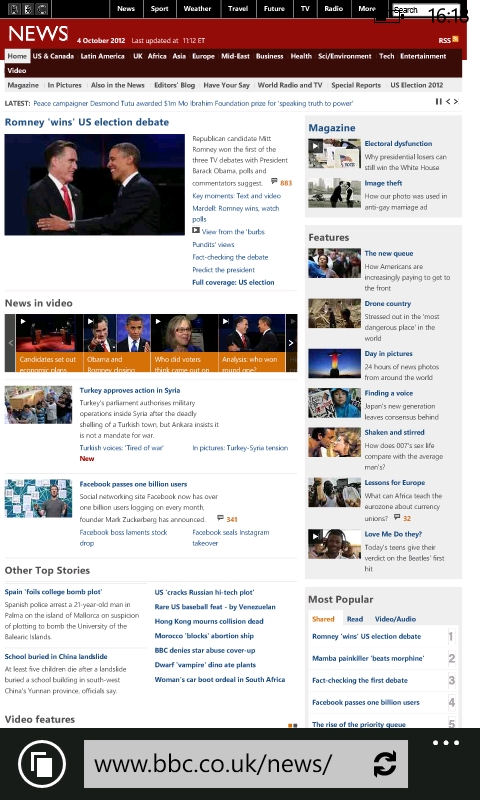 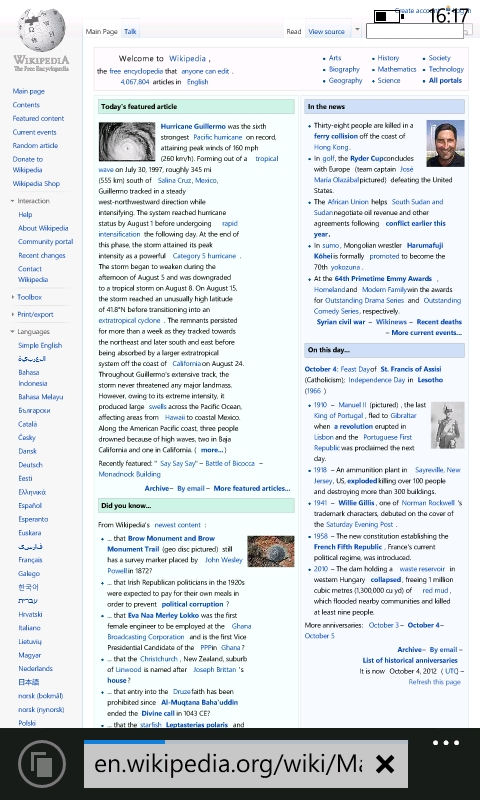 BBC News and Wikipedia as shown in Nokia Xpress

You should bear in mind that these results should be taken as indicative only. It's not really possible to carry out a fully valid comparison on the live web. There will be variations in dynamic page elements (e.g. advertising), and connectivity (load on host server, routing etc.) that will effect the results. These variations certainly showed up in the raw results; dropping the outliers and averaging over multiple loads helps mitigate against this, but it's not perfect.

In two cases, BBC News and Nokia, the site delivered varied because of geotargeting. In Internet Explorer, the UK site was delivered, in Nokia Xpress, the US site was delivered (presumably the proxy server for the beta Nokia Xpress is in the US). In the case of the BBC News website, this meant advertising was shown on the US site, which had a significant negative impact on performance. While this did make direct comparions "unfair", it is the sort of issue that might face consumers using Nokia Xpress.

Furthermore, in both Internet Explorer and Nokia Xpress, it is possible to start reading and navigating around the page before the page finished loading. This is something you would do in real world usage, especially on pages that take a long time to load.

In all but two cases, Nokia Xpress was faster than Internet Explorer. The first of these, BBC News Desktop over WiFi, can be explained by the presence of banner ads on the US version of the site delivered by Nokia Xpress; without the banner ads, Nokia Xpress would have been faster. The second of these, All About Windows Phone over WiFi, was due to JavaScript causing the page to be delivered and rendered in two stages. 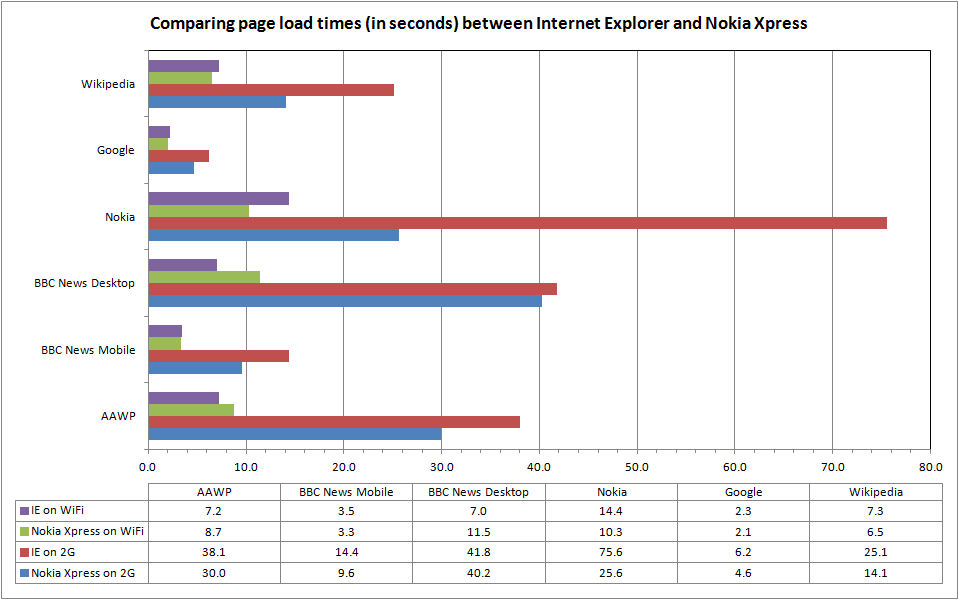 The overall results show that Nokia Xpress significantly speeds up browsing, but in most cases, in terms of speed, is probably only worth using over a 2G connection or a slower speed 3G connection. On average, pages load a third quicker in Nokia Xpress compared to Internet Explorer, when using a 2G connection.

However, the actual speed savings offered by Nokia Xpress vary greatly from site to site. In general, as you would expect from a proxy-based compression service, the most noticeable savings are on content heavy sites (large web pages).

However, the decision of whether to use Nokia Xpress is not just about speed. It is also about the amount of data used. During testing, Nokia Xpress used 80% less data than Internet Explorer. Put another way, this means Nokia Xpress lets you browse five times as much, for the same data usage.

This is significant for those with capped data plans. While some smartphones are sold with all-you-can-eat or large (2GB+) data plans, many are also sold with much smaller data caps. For example, O2 in the UK has SIM only monthly contracts with 500MB of data (£16.50 to £32), and a low data usage tarriff (£10.50 per month) with just 100MB. Those on PAYG will also typically have lower data caps. For example, O2's standard Pay and Go rate gives just 100MB for £10, although there is a Text and Web option that gives 500MB for £10 per month.

There are some caveats to using a proxy-based solution like Nokia Xpress. Some websites do not render correctly, and those using complex interactive, multimedia, or JavaScript elements (e.g. web applications) may not work at all. Some of these issues are inherent to proxy-based solutions, while others are specific to Nokia Xpress and should be fixed as the beta progresses. For the vast majority of casual browsing (reading content) you should have no problems, and for the occasional problem site Internet Explorer is only ever a few taps away.

So our conclusion? Give serious consideration to using Nokia Xpress for your web browsing on Nokia Windows Phone devices if you are on a slower cellular connection, or if have a data cap of 500MB or less.

Filed: Home > Features > How much faster is Nokia Xpress compared to Internet Explorer?