How to watch live TV on your Windows Phone

Now I know what you're going to ask: "What's the point? If you're at home then you can use a real TV or a desktop/laptop, and if you're mobile then you probably don't want hours of mobile TV swallowing up your cellular bandwidth!" All very true, but say you're mobile, some breaking news is happening and you're frustrated that all you can see are headlines and textual reports. Wouldn't it be nice to see what's going on by tapping into a live TV stream? With, admittedly, a UK focus, I investigate a few options. I'm sure readers from around the world can chip in with links to solutions for Windows Phone that work in other regions?

Getting 'live TV' on your smartphone isn't really about watching your soap operas on the bus, it's about short bursts of 'live' in the place where you are. Two particular examples for me recently were:

With that in mind, what exactly are the options on Windows Phone? Do bear in mind that I'm talking from a UK perspective, mind you - I can't try out native TV stations/streams from other lands for obvious reasons, just as people outside the UK shouldn't (necessarily) be able to get hold of UK TV streams.

In each case, the application name is hyperlinked to its entry in the Windows Phone Store.

This longstanding application ties into (in practice) a few dozen open TV streams from around the world, and uses a network of servers across the world to maximise throughput to its client software on all platforms. The interface is fairly slick, the buffering delays of the order of only about ten seconds when starting to play a channel, and you can even browse the channel guide during playback.

In recent years the channel selection has got more and more culturally diverse, with fewer English language channels, presumably due to licensing issues. You can still stream France 24 (in English, despite the name) and Euronews though, plus niche streams like 'NASA TV'. 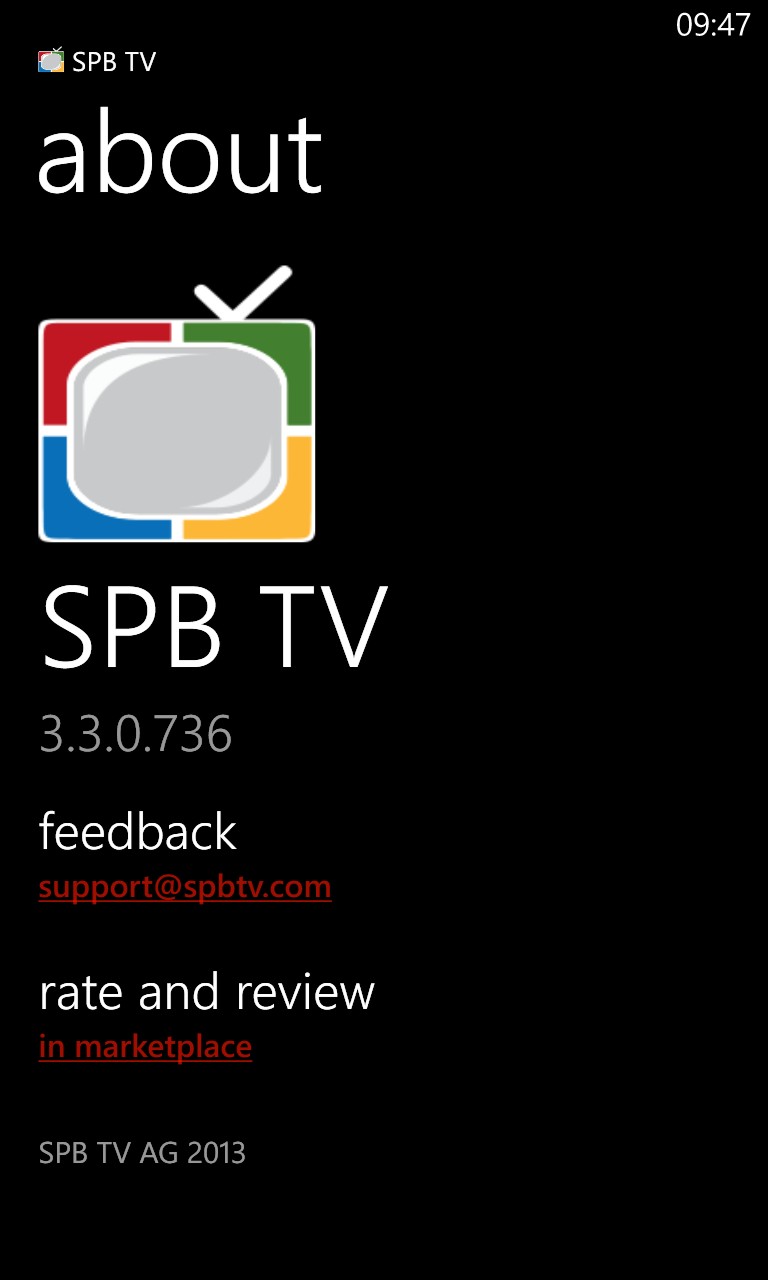 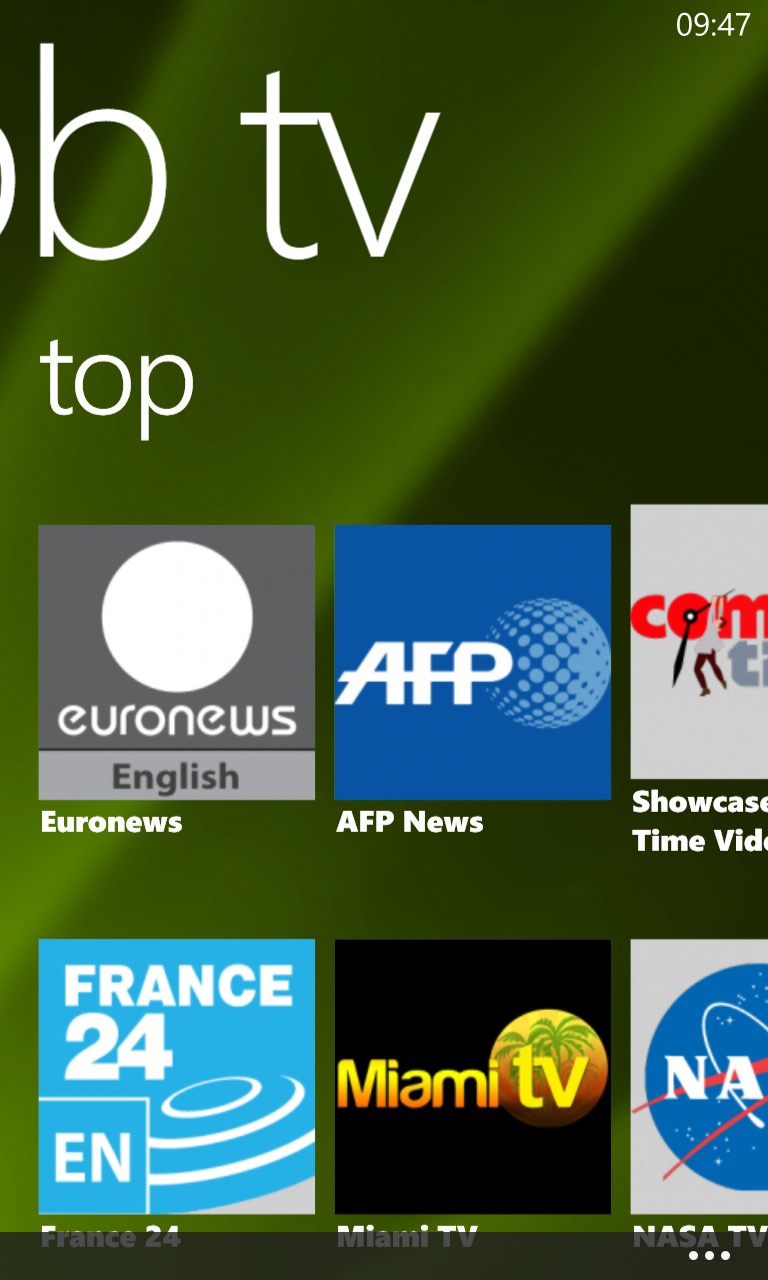 SPB TV has come a long way since its origins on S60 and Symbian; (right) the initial, default channel picks... 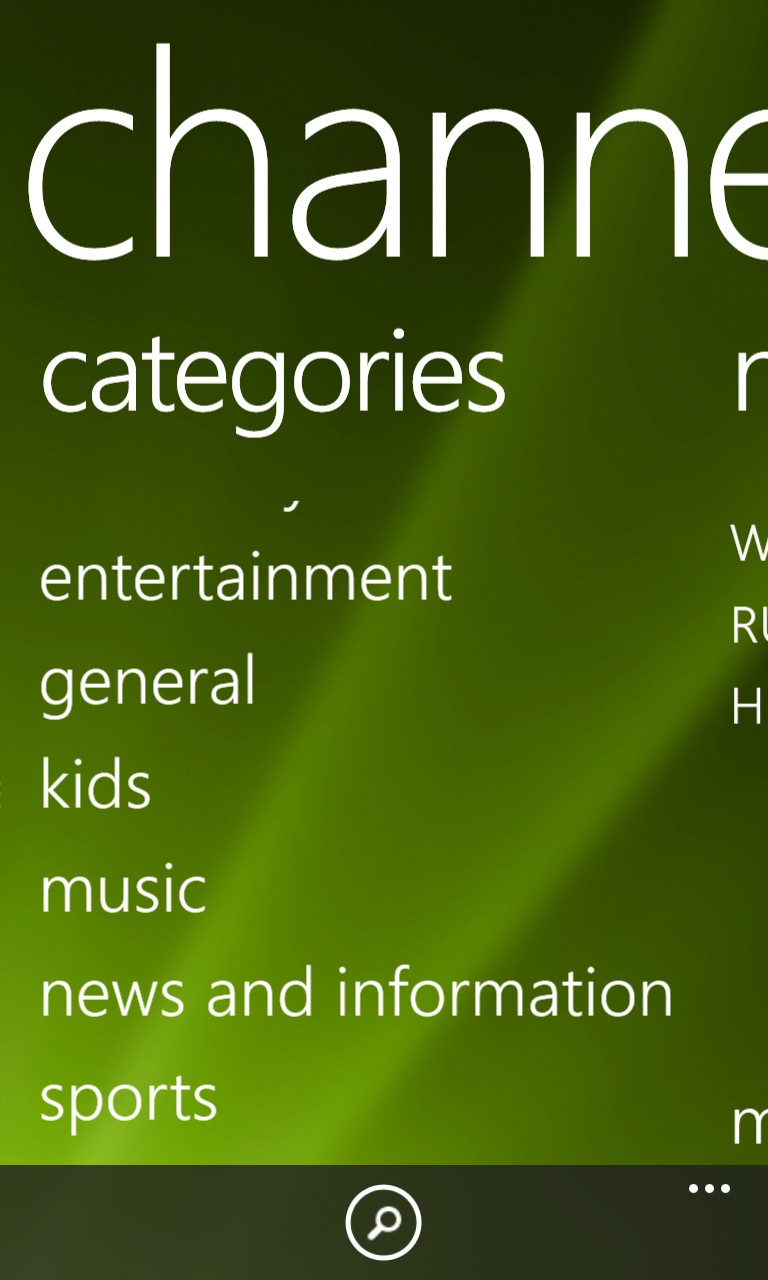 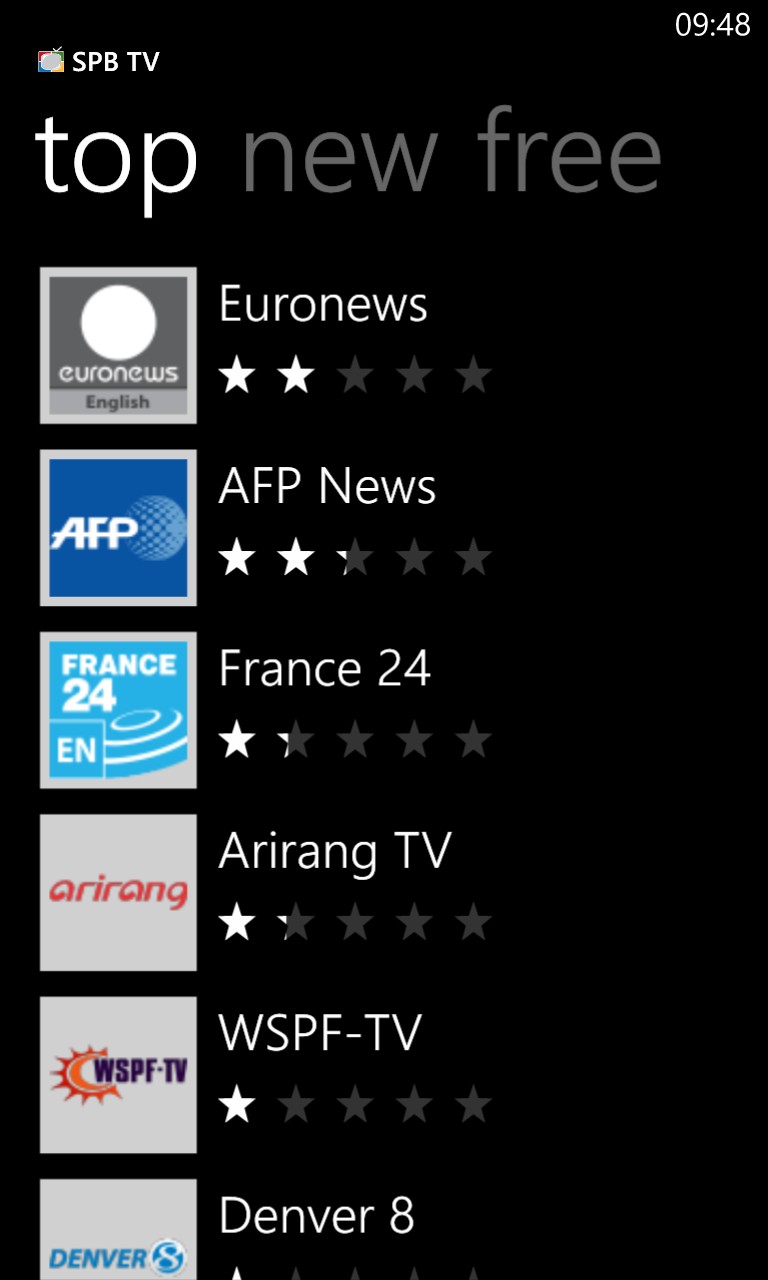 Channels are handily grouped; (right) though the overall quality and applicability is quite low - witness the low star ratings given by users 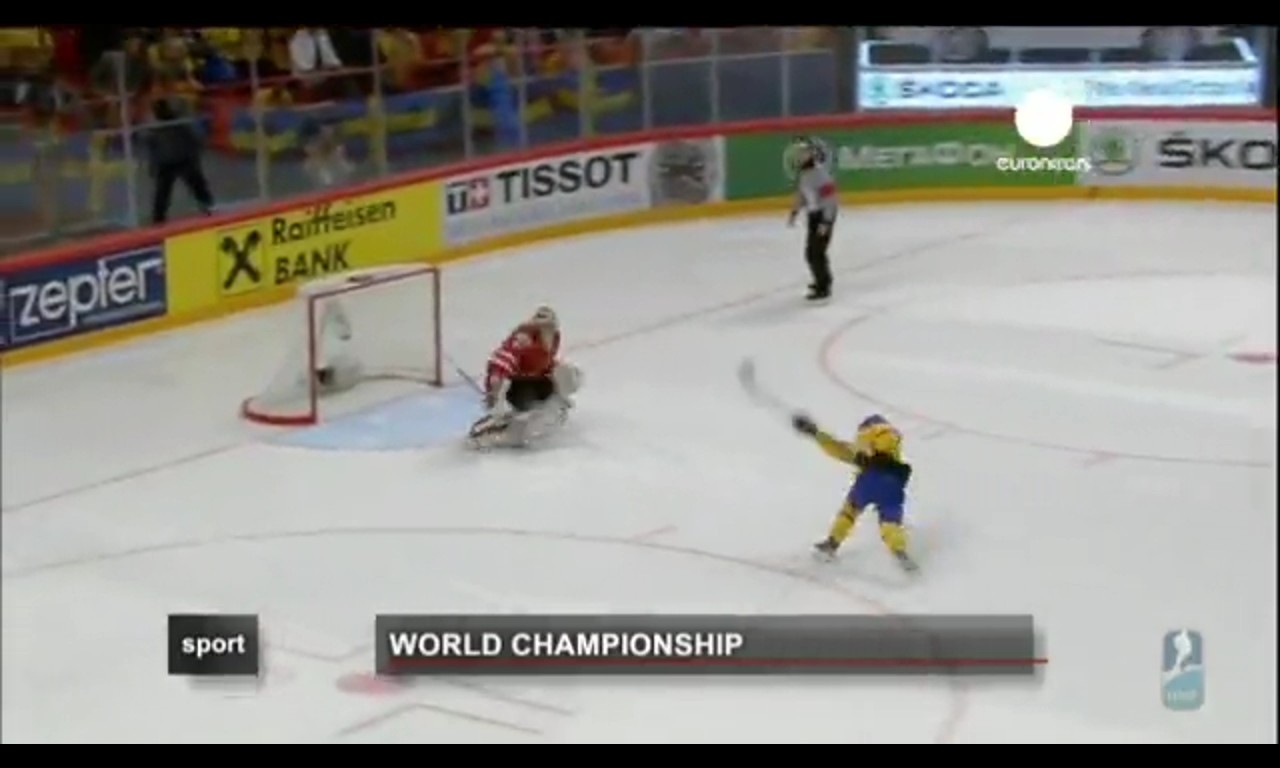 Typical playback quality (think QVGA, upsampled) - it's adequate at best, though is obviously dependent on the source stream... 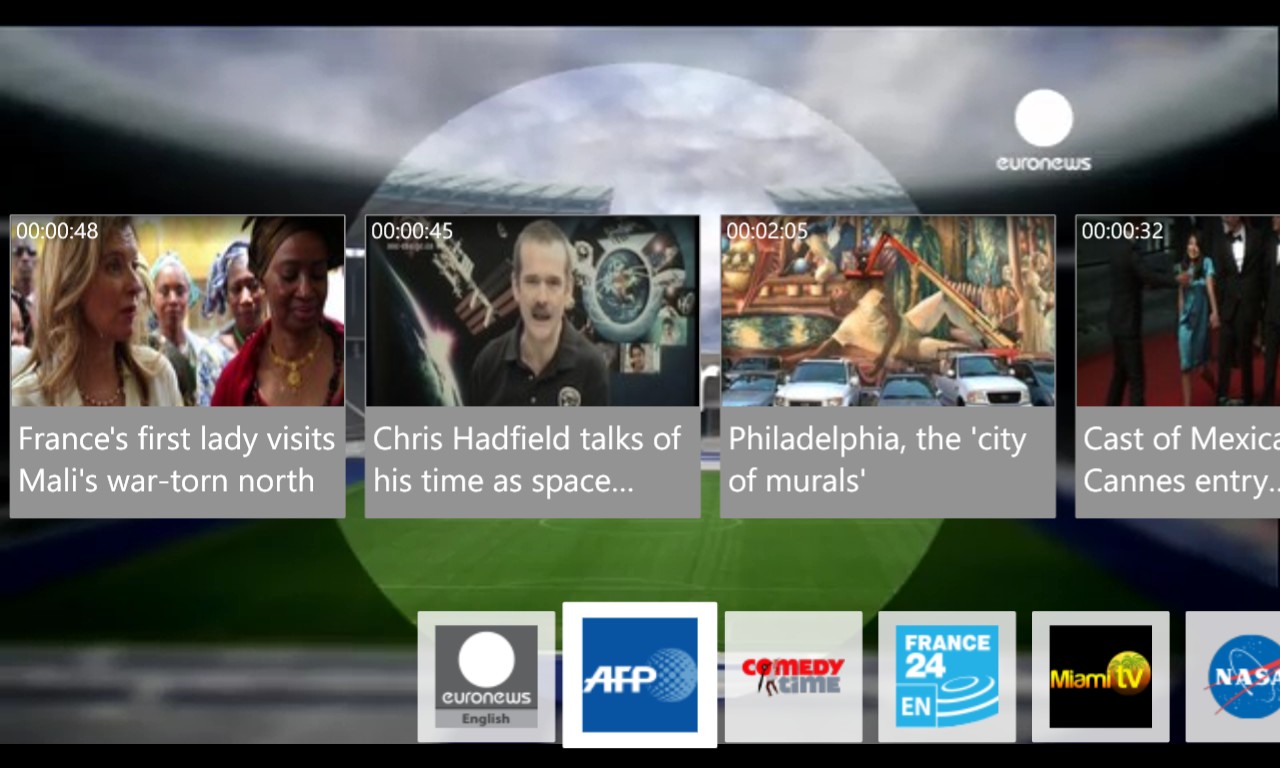 At any point during playback you can tap the top right of the screen to access more options, including bringing up the channel browser (in this case also showing a preview of video 'shorts' available on the selected channel).

The official offering from one of the biggest news corporations on the planet, the initial focus here is on textual content, but flick across in the panorama view to get the Sky News 'Live TV' stream: 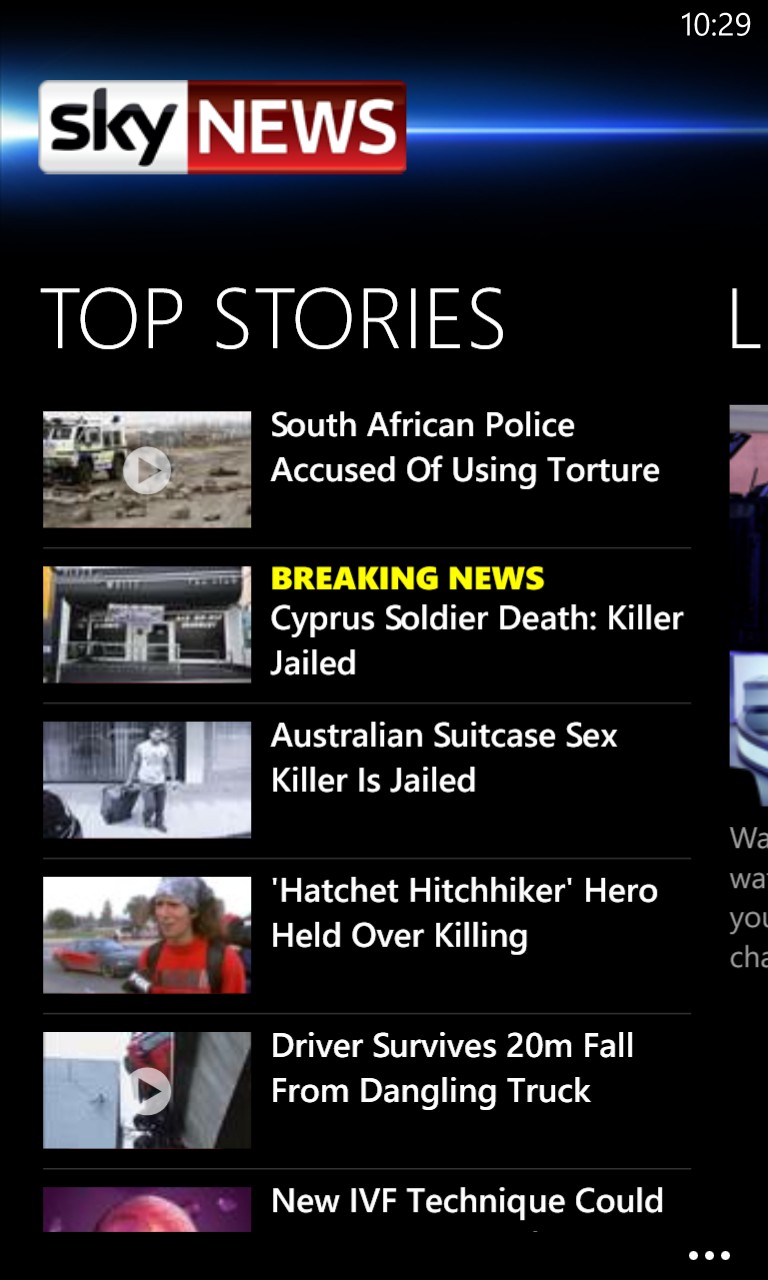 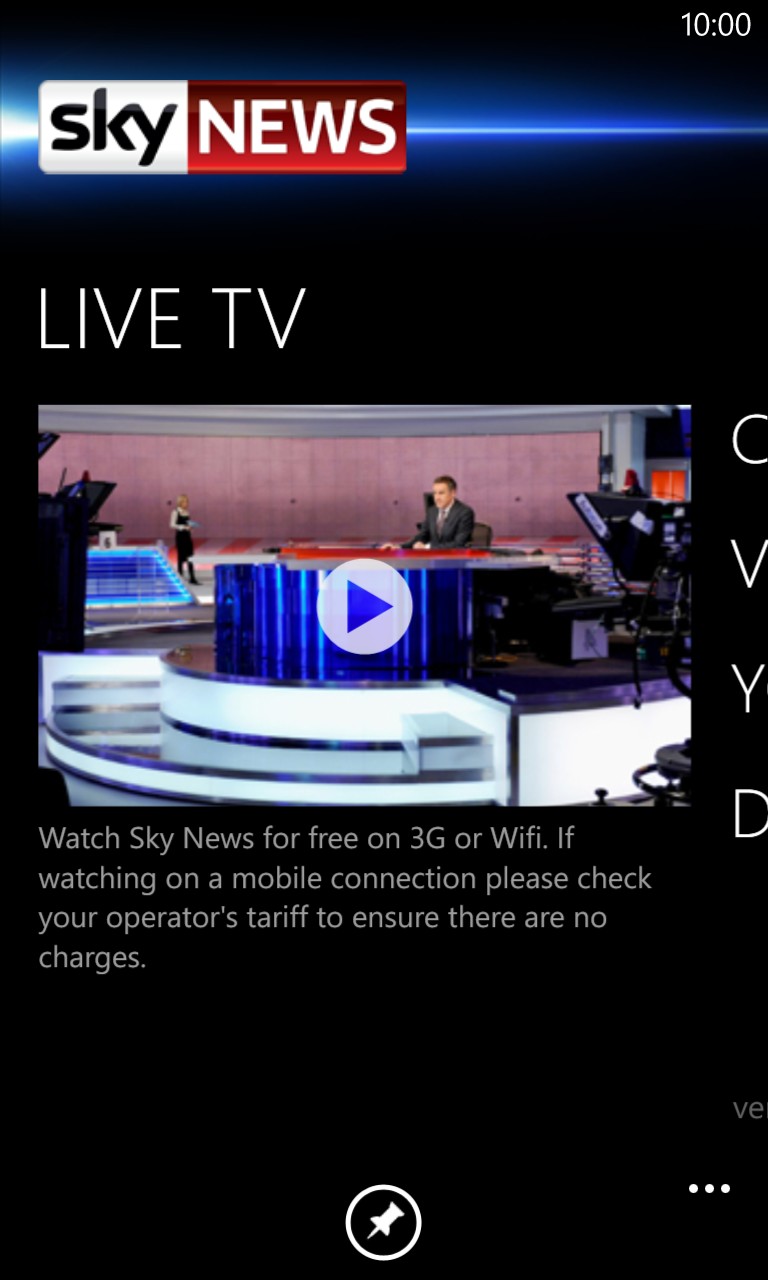 The two faces of the Sky News application, including a 24 hour news video stream... 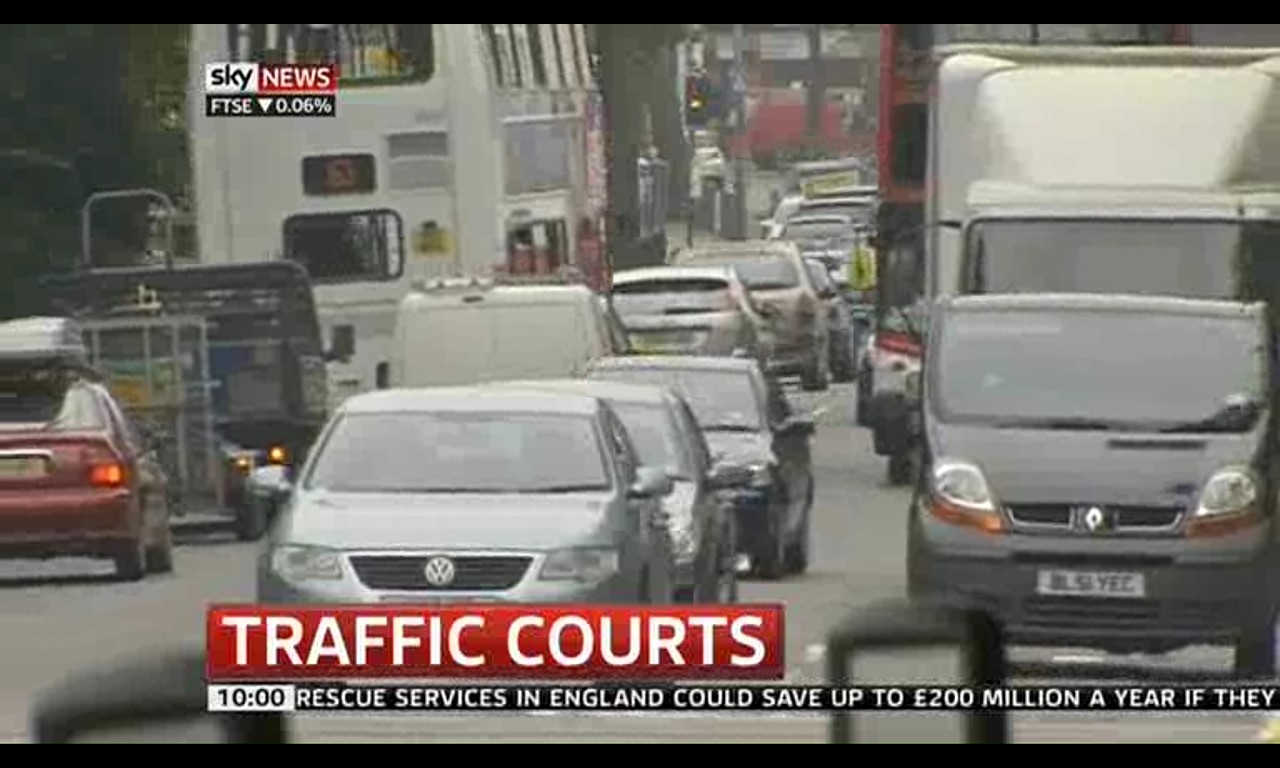 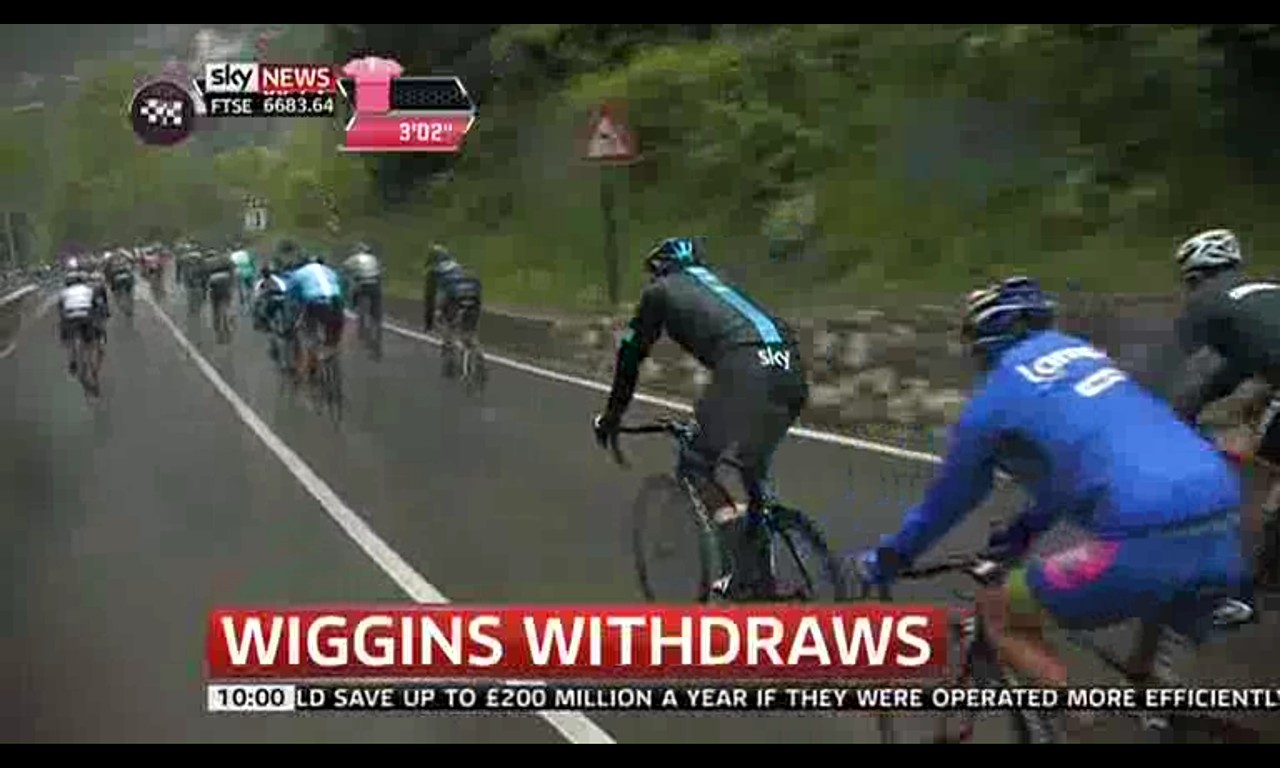 This 're-broadcast' service for terrestrial UK TV has been in trouble with the law in the past, but that seems to be a thing of the past now, thankfully. The application does check which ISP or mobile network you seem to be 'coming in from', i.e. checking that you are indeed in the UK, and it's touches like this which helped TV Catchup achieve its current respectable status.

There's a choice of high (wi-fi) and low (cellular) quality streams of over 50 'free to air' UK channels, all playing 'live'. 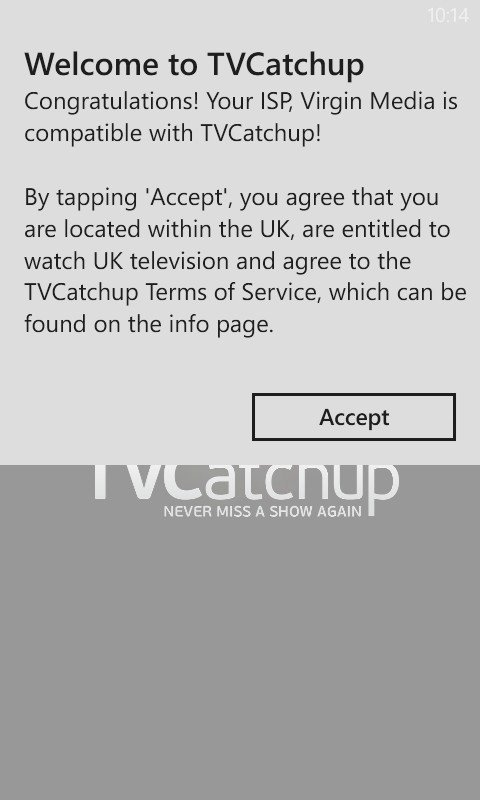 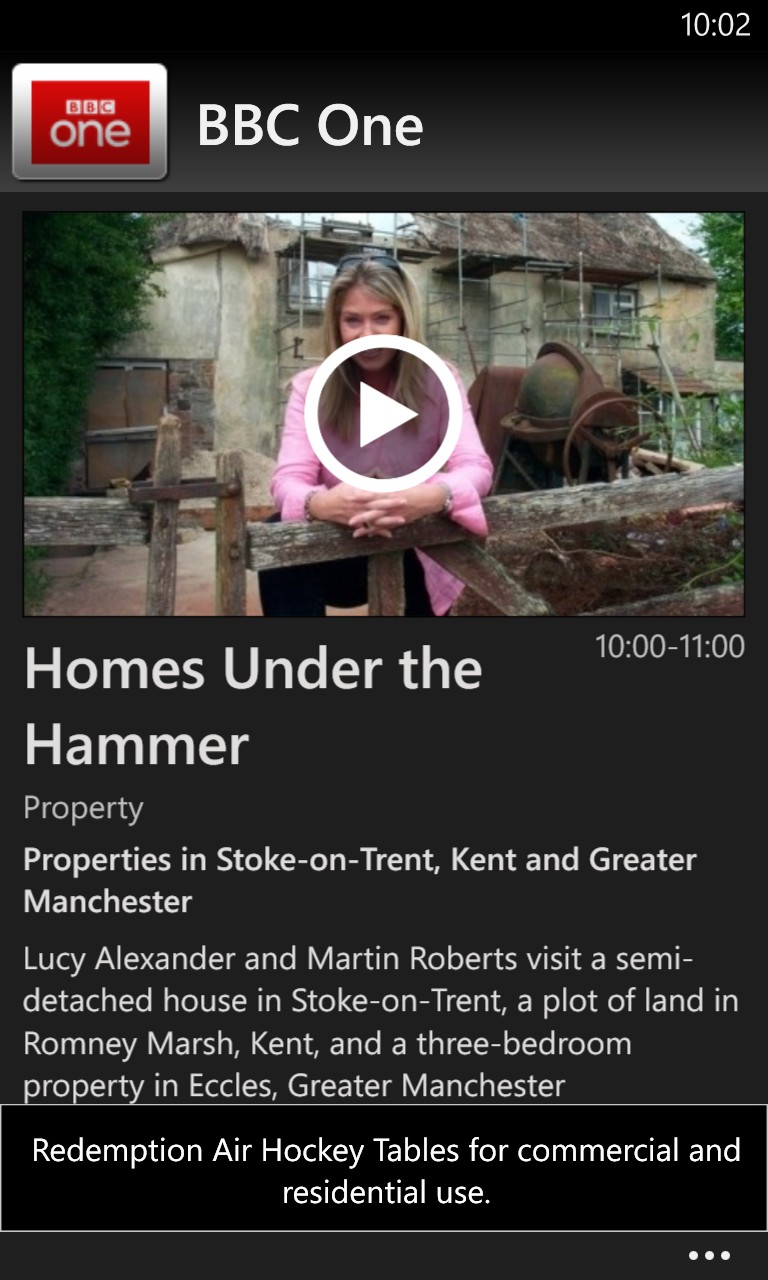 When first started, there's a check on your IP address and origin, to check that you're allowed access to UK TV 'Freeview' streams; (right) detailed programme information is available for each channel, both now playing and what's 'coming up'.... 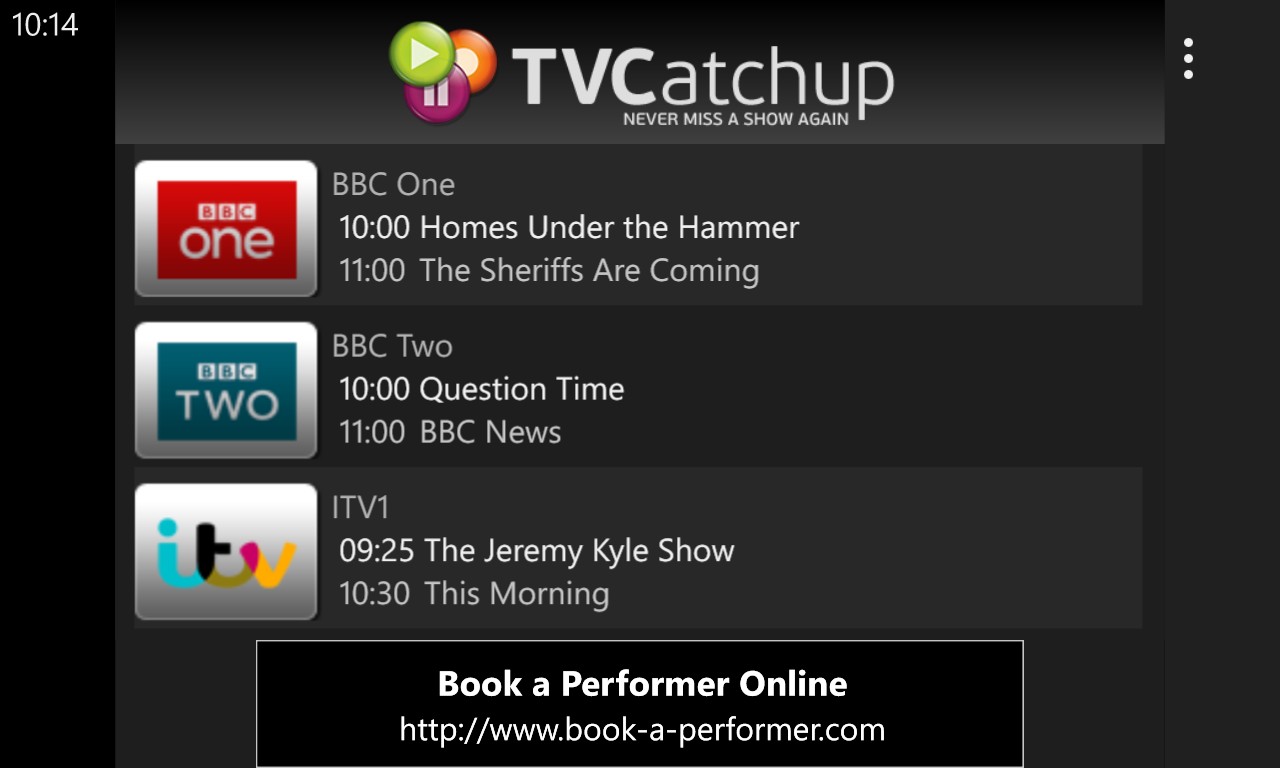 The TVCatchup application can be set to stay locked to 'landscape', which helps keep things consistent. Note the ads on all non-playback screens, helping monetise the app. 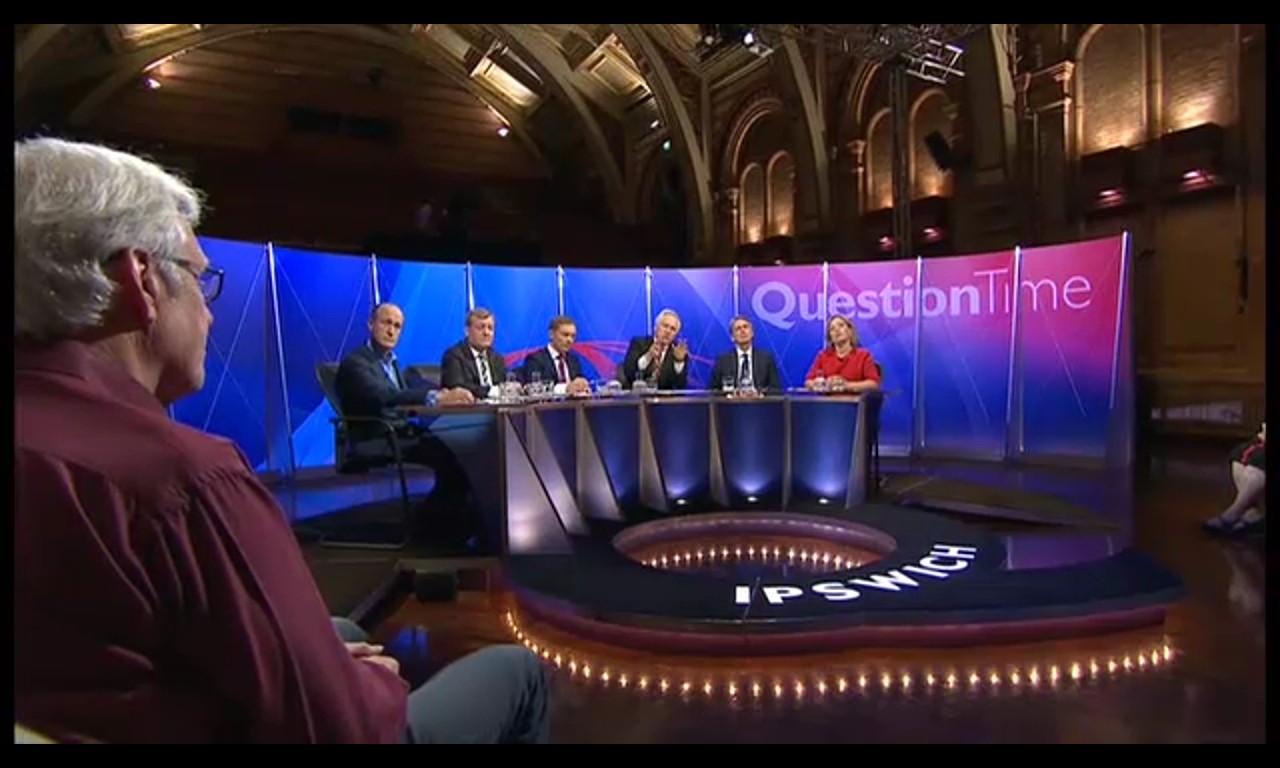 Typical playback quality - excellent, up to 720p if your connection can stand it! There's a setting to switch off possible cellular use, should you be worried about streaming eating into  your allowance when you step away from Wi-fi.

The least reliable of the applications here, LiveStation offers a smattering of channels from around the world (a little like SPB TV), though it does include BBC TV News and Bloomberg - in theory. In practice, the BBC stream worked, but tapping on 'Bloomberg' crashed the application. In fact, several times during the review period, LiveStation simply came up with all blank channel selections, so it seems as though the developers have some serious bugs to address here. 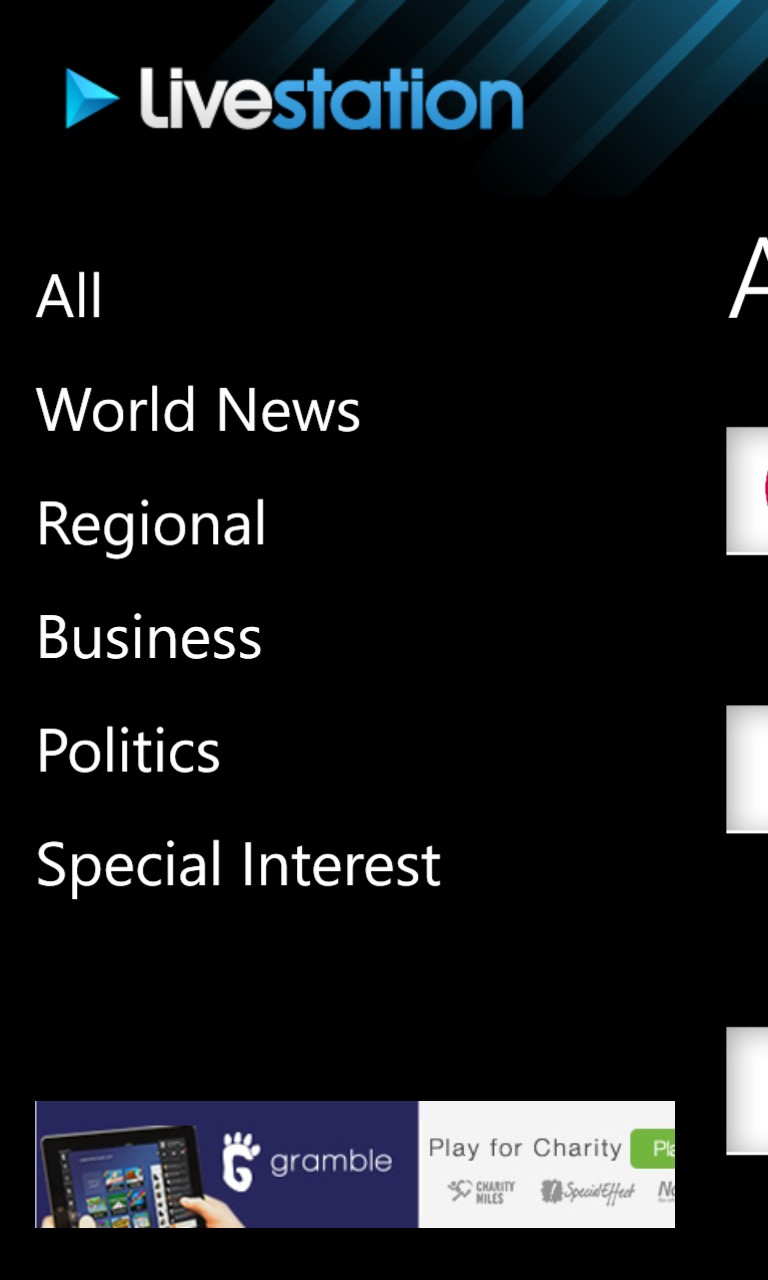 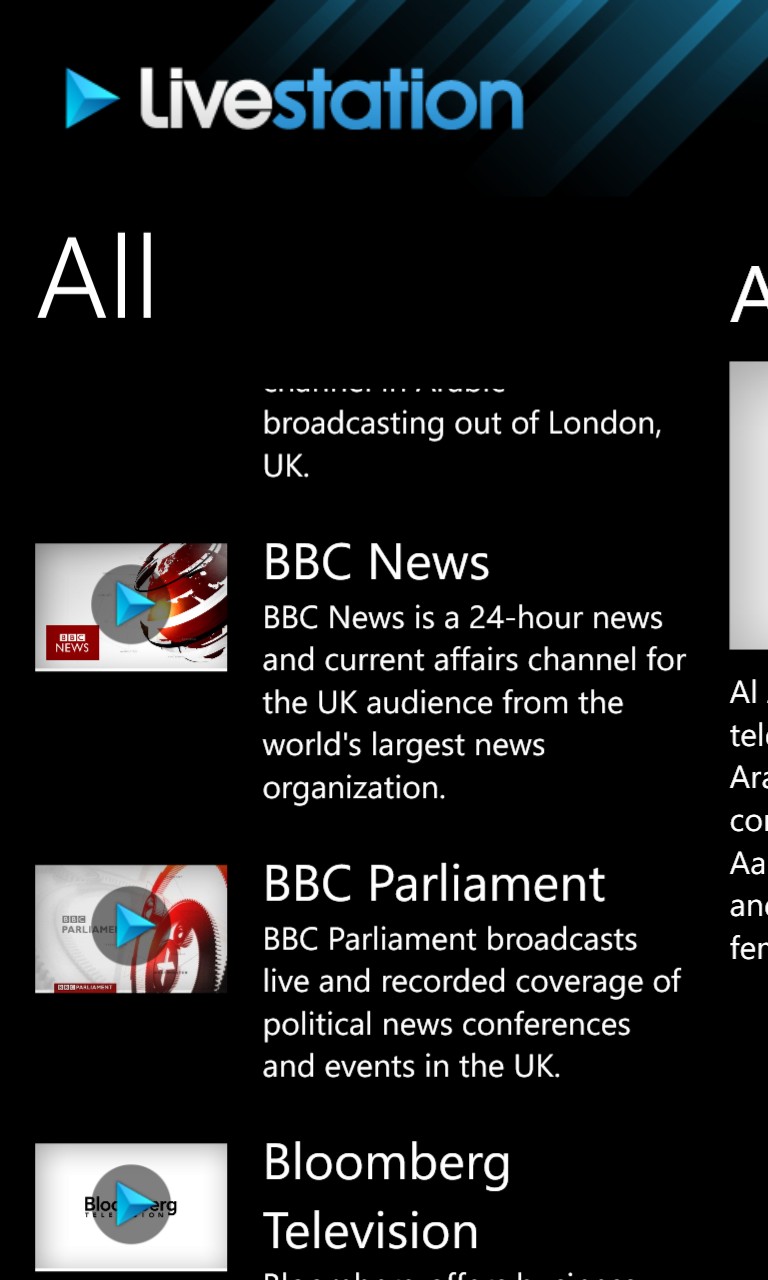 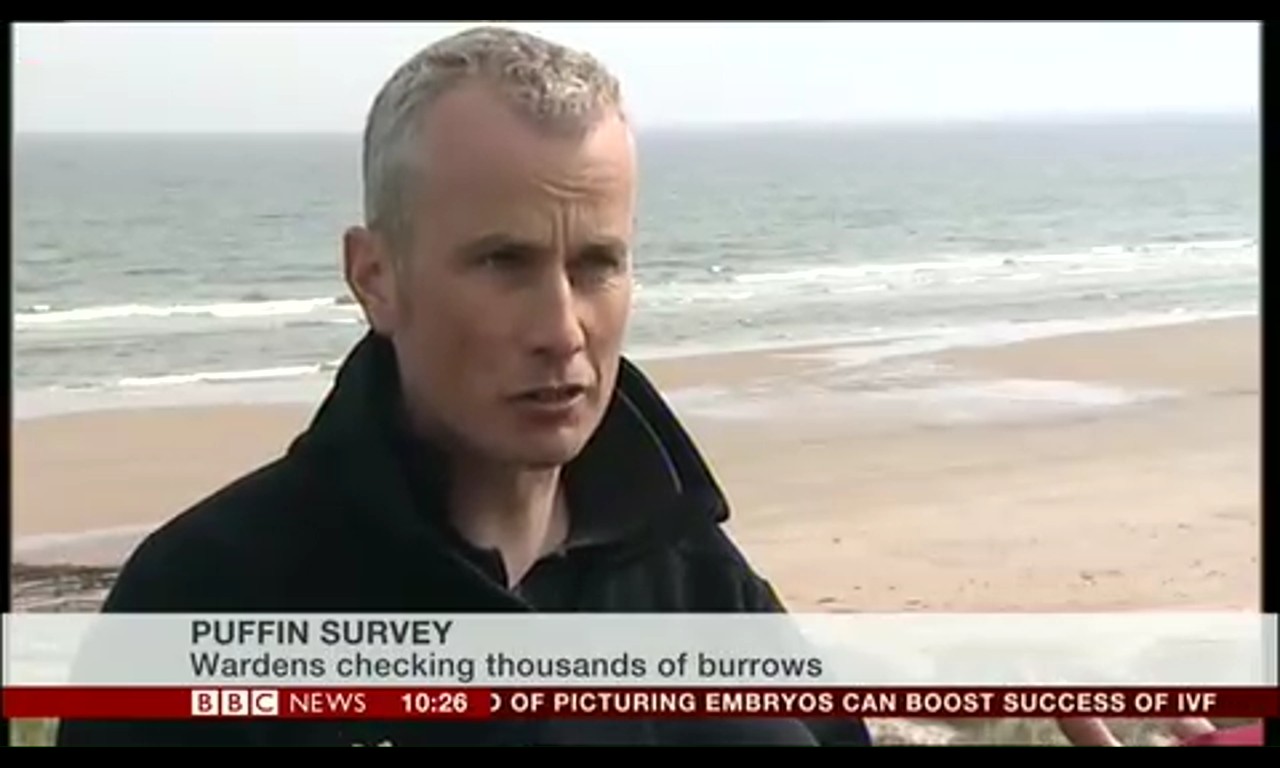 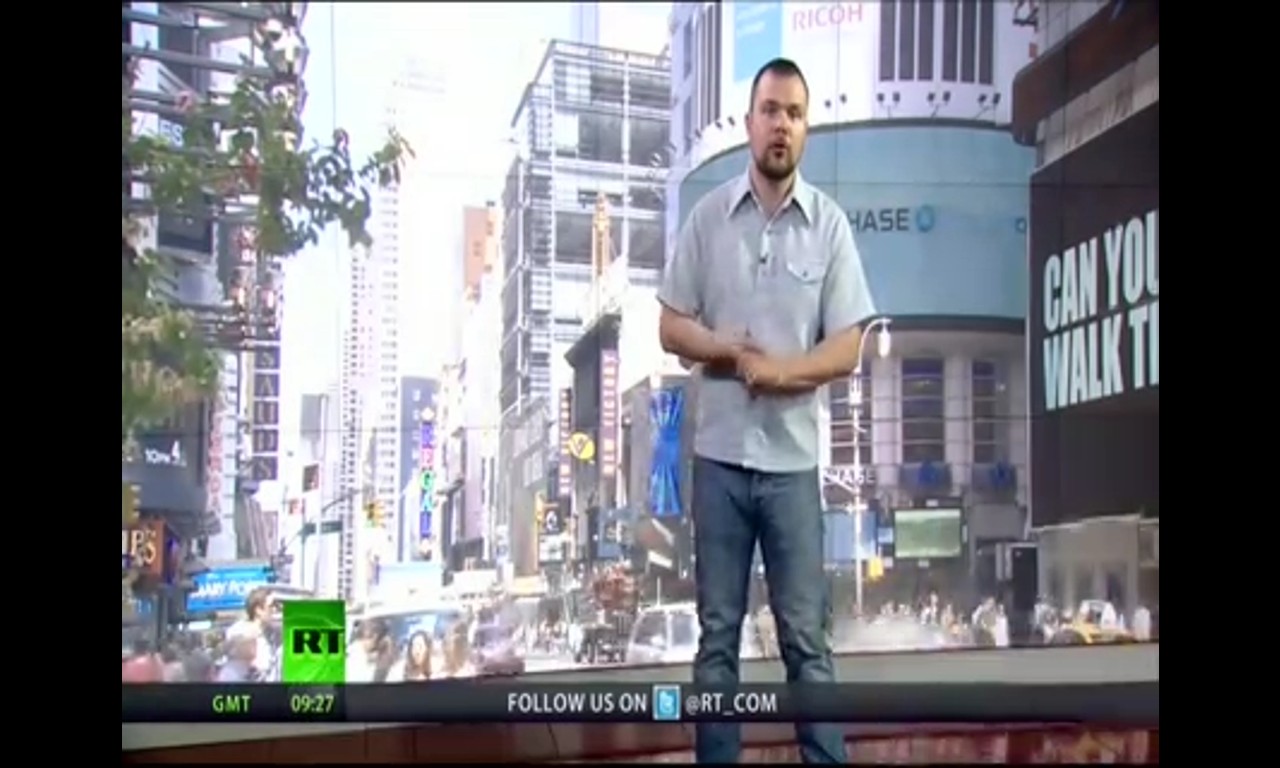 How is Windows Phone live TV support in your part of the world? Do please chip in with the comments, add links to relevant apps, etc. Thanks.

Filed: Home > Features > How to watch live TV on your Windows Phone