Without wishing to imply that Nokia Pro Camera isn't the greatest thing since sliced bread (it is), it's not my default 'photos+camera' application on the Nokia Lumia 1020, 925 and 920. On purpose. In fact, risking a roasting from commenters, my default camera application is Nokia's 'gimmicky' Smart Cam, which works far better for my particular use case, as I hope to explain below.

Before going too far though, let me deflect the aforementioned roasters by confirming that Nokia Pro Camera is by far the superior application in terms of photo quality and functionality - of course it is. However, that doesn't necessarily make it the best application to launch when you spot 'a moment' and mash down on your Lumia's shutter button while removing the phone from your pocket or case...

It all depends, you see, on your life and what you like to snap around you. It may be that many of your photos are of places, landscapes, food, statues and, well, things that aren't moving. Which means that they can wait a few seconds while Nokia Pro Camera grinds into action, and that they're not going to be 'gone' if you don't take the perfect shot instantly - so you can try again. And again, if needed.

On the other hand, your main subject may be people, whether your kids, relatives (or their kids), friends - or even your pets. All of which move from millisecond to millisecond, changing posture and expression and position. How many times have you tried photographing people and ended up with 90% of the photos being less then perfect because someone was moving or had their eyes closed or a 'funny expression'?

Although I'm partial to snapping a great sunset, I definitely fall into the latter category, and my most shared/printed/saved photos are all of people close to me. Which is why Nokia Pro Camera sits as a shortcut on my Start screen, but the assignment in Settings/applications/photos+camera for 'Pressing the camera button opens' is 'Nokia Smart Cam': 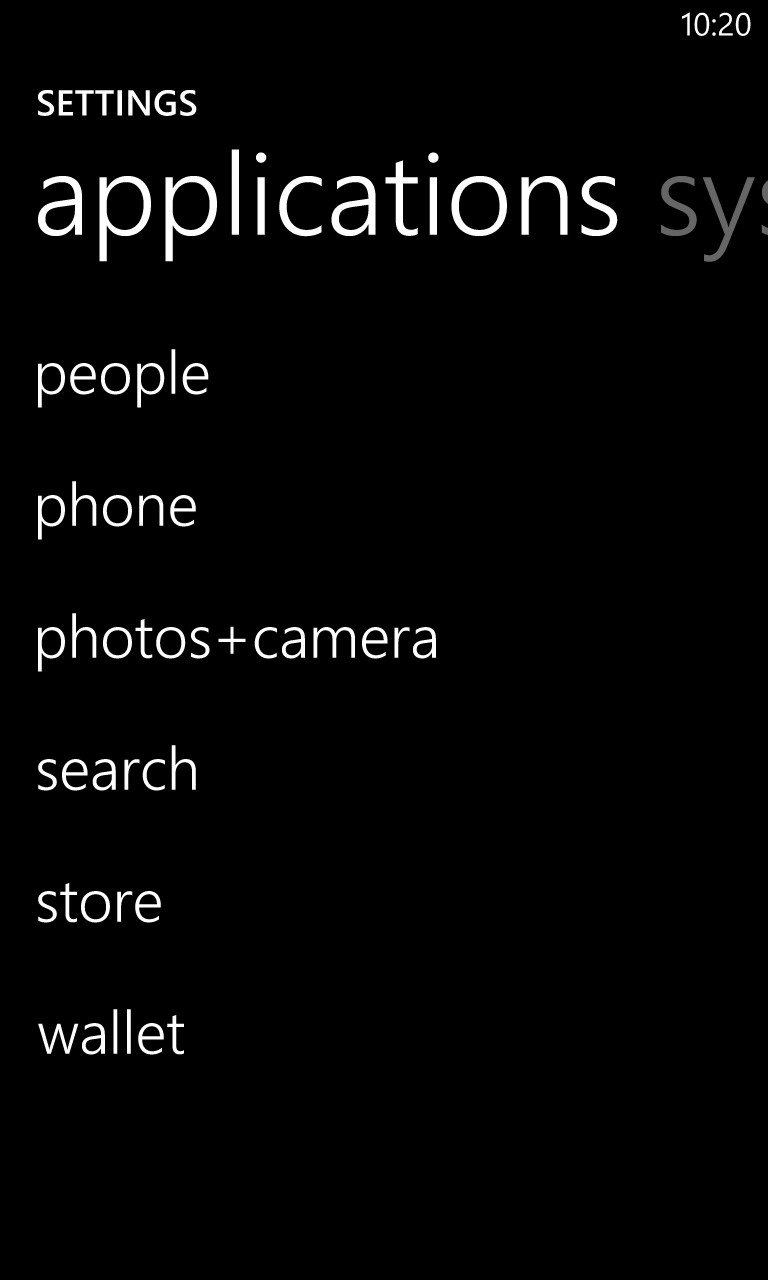 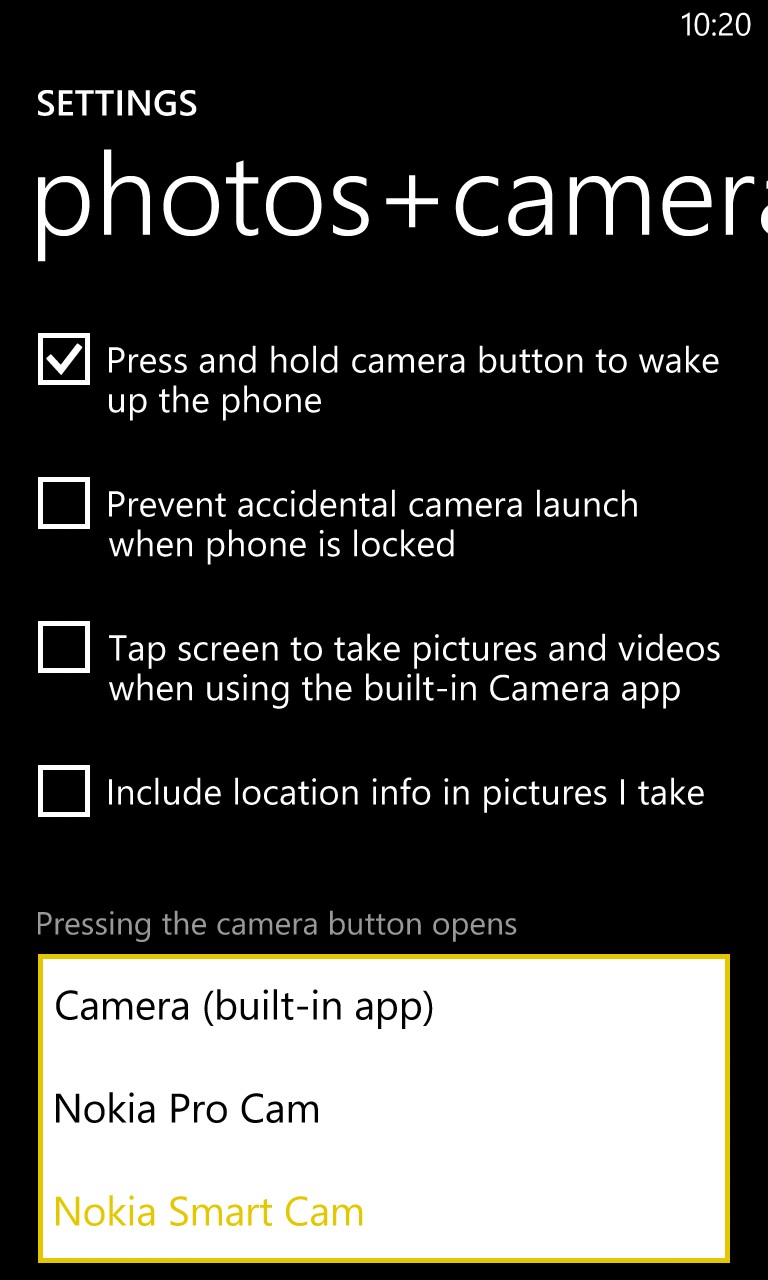 Now, Smart Cam's functionality has heavy 'gimmick' overtones, with the 'Action shot', 'Motion focus', 'Change faces' and 'Remove moving objects' modes. It's true that you may one day finding yourself wanting to use one of these and achieving a result your happy with, but by far the most useful mode is the first (and default) 'Best shot'.

The idea is to take an ultra-fast 'burst' of photos and then let you pick the best from the bunch as the 'one' that gets shown in Gallery and shared, etc. The implementation is good in that you get to focus first in the usual way and then the shots are just taken, with a suitable sc-fi like 'charging' sound effect and an animated on-screen indicator: 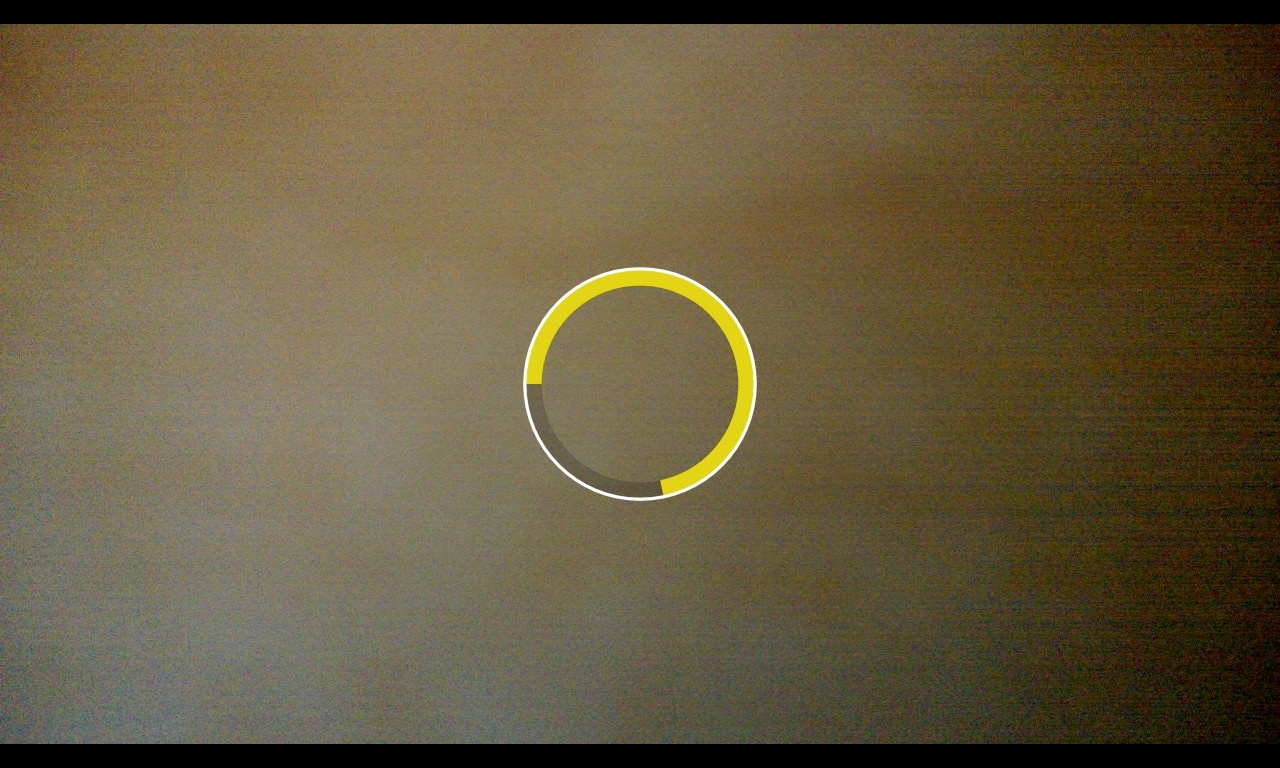 Ten photos are taken in around two seconds (on the Lumia 1020, the number and timing may vary slightly according to device), so about one shot every fifth of a second - which is about perfect for a burst sequence, in terms of capturing an expression or a moment. After all, shoot too many shots and you're left with an organisational nightmare in terms of looking at all of the them and choosing. Shoot too few (e.g. here) and you run the risk of missing the moment you were after.

The great thing about Nokia Smart Cam is that, unlike a number of other burst camera solutions for smartphones, each photo is at full quality and resolution. There's no quality compromise, no down-sizing, no re-constructing from a video clip. After the shot is taken, an animation shows the ten photos being 'flicked through' and then you're into the Smart Cam modes. Tap on the opening mode, 'Best Shot' and you can then swipe through all ten photos (the application tries to pick its favourite, but it's a bit unreliable, so you'll want to pick manually).

Once you've identified the photo that captures the 'moment' best, tap it and then tap the 'Save' icon. This then becomes the representative from the burst sequence in your main Photos>Camera roll gallery, though (as with Nokia Pro Camera and other lens apps) you can tap on 'Open in Nokia Smart Cam' at any point if you want to change your mind about which shot was in fact 'best'.

In real life use, Nokia Smart Cam is very practical. Having assigned it to the shutter button (as mentioned above), I long press this and the application starts in about two seconds (so about half of that of Nokia Pro camera). Then a single tap on the on-screen shutter icon or a half press and then full press of the physical shutter button kicks off the burst sequence. After the burst, the viewfinder returns quite quickly, ready for another burst attempt. 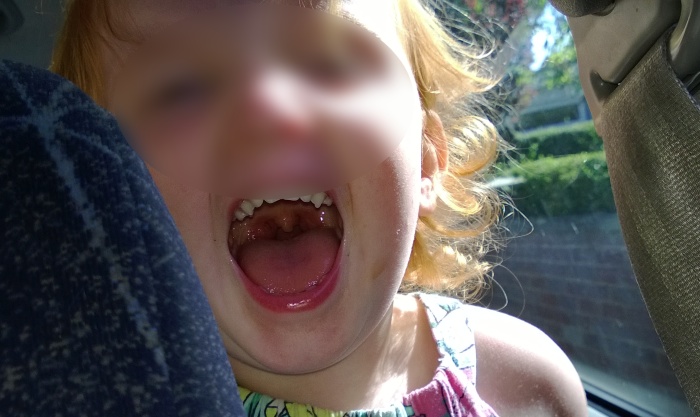 Playing peekaboo in my car with my neice (blurred for privacy reasons here), this was part of a Smart Cam two second burst...

For example, if someone were bringing in a birthday cake, you might have time for two or three Nokia Smart Cam 'bursts'. Just grab them while the action's going on and sort through the 'best shots' later.

Notably, there's no support for flash, even on the LED-equipped devices like the 920 and 925 - LED flash/video light could easily be left on, to aid the bursts, but perhaps this is something that could be added by Nokia in an update?

Often there will be more than one 'best shot' in a burst sequence - although you can't have both in your Photos>Camera roll at the same time, it's easy enough to pick one and auto-upload, manually upload (both to SkyDrive, obviously) or otherwise share it, then pop back to pick the other shot you wanted. Not particularly elegant, but certainly not a showstopper.

Having to pick a 'favourite' camera application is a somewhat odd decision to have to make (on most platforms there's just the one main camera application!), but hopefully you'll be able to recognise enough of your own needs in what I've just described to know which way to go on Windows Phone 8. Though note that both Nokia Pro Camera and Smart Camera have the familiar (double arrows) icon to switch 'lenses' - tap this in either to be able to switch seamlessly over to the other one. It's not an instant switch, but at least it's possible and fairly practical.