The curious case of the missing comma, plus direct cursor positioning

One aspect of the tweaked keyboard in Windows Phone 8.1, now released in preview form, is that cursor positioning is now more direct, as detailed below. Moreover, in certain cases, the comma key get relegated from the main key grid - happily it seems there's an easy way to get it back.

The change in cursor positioning, when editing text, had been something that I've been struggling with. In all previous versions of Windows Phone, you long pressed and after a while a cursor would appear, well clear of your actual finger position - you'd then drag down until it was in exactly the right place. Not that intuitive, but it was foolproof once you got the hang of it.

Under Windows Phone 8.1, you still long press, but in the place where you want the cursor - and it duly appears, with a little 'handle' underneath it. This can be dragged around as needed, though there's the problem that the finger doing the dragging partially obscures what you're doing. With my fairly slender fingers, the system is workable, but I worry for anyone with fatter digits. 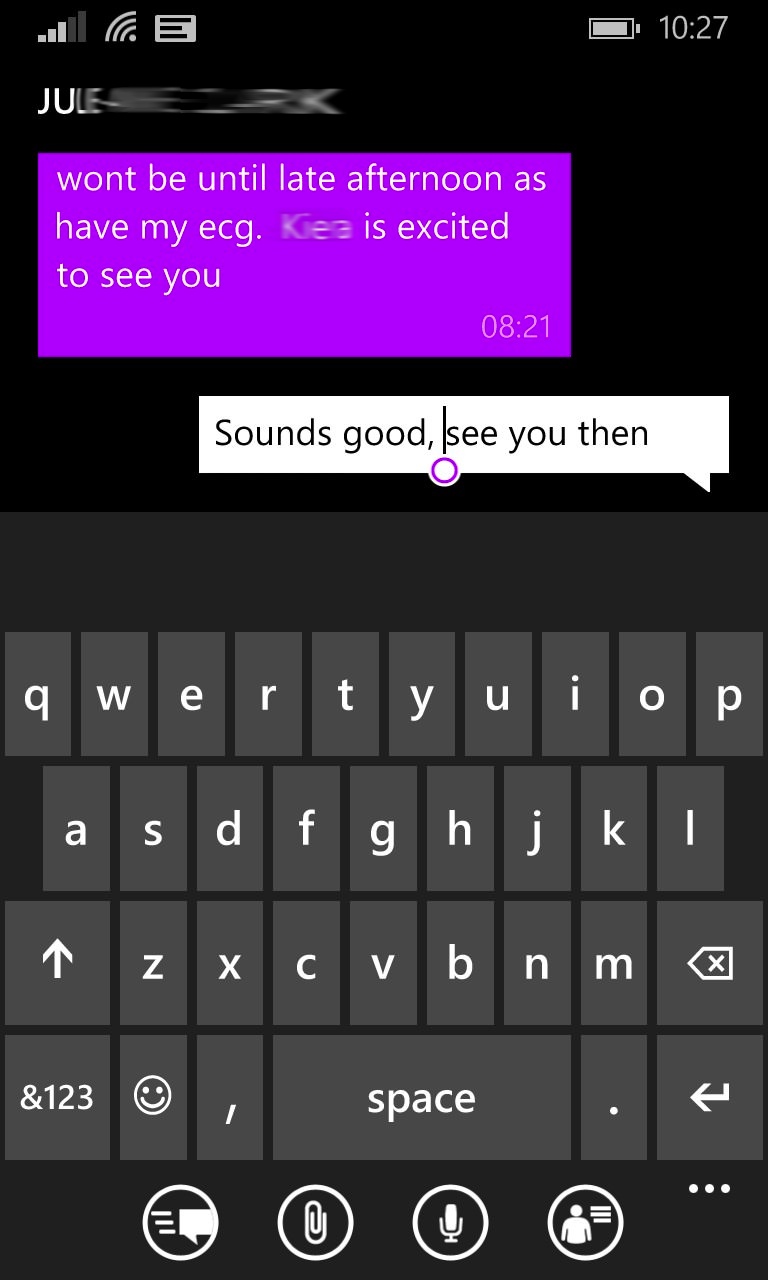 On the plus side, the new cursor regime is eminently intuitive. Your comments welcome.

Also notable is that, under certain circumstances, e.g. when adding multiple languages to your Windows Phone 8.1 device, the comma key gets deprecated to a second level set of keys - happily it seems there's an easy way of getting the comma key back.

Amongst the numerous changes in Windows Phone 8.1 is the strange movement of the comma key from the first level keyboard to the special characters, which apparently occurs when  multiple  keyboards are installed.

It turns out fortunately this is an easy change to reverse.

Overall though, not least because of the wonderful implementation of Word Flow, Windows Phone 8.1's text entry is something of a breeze, and easily up with that on Android or iOS.