£199 the true price of the Acer Liquid Jade Primo?

HP may be putting a lot of weight behind its Elite X3, but Acer did nothing of the sort behind its Liquid Jade Primo, the first Continuum-capable Windows 10 Mobile phone to be announced, just over a year ago. In fact, no review handsets were ever sent out, and you had to hunt around to even buy one until very recently, and at over £400. Which was over-priced in today's competitive smartphone world and given the unremarkable hardware. However, Microsoft just dropped its price for the unlocked Jade Primo to £199 on its UK Store, proving that there's quite a bit of unsold stock that someone would rather shift - and that the original price was indeed way off the mark. 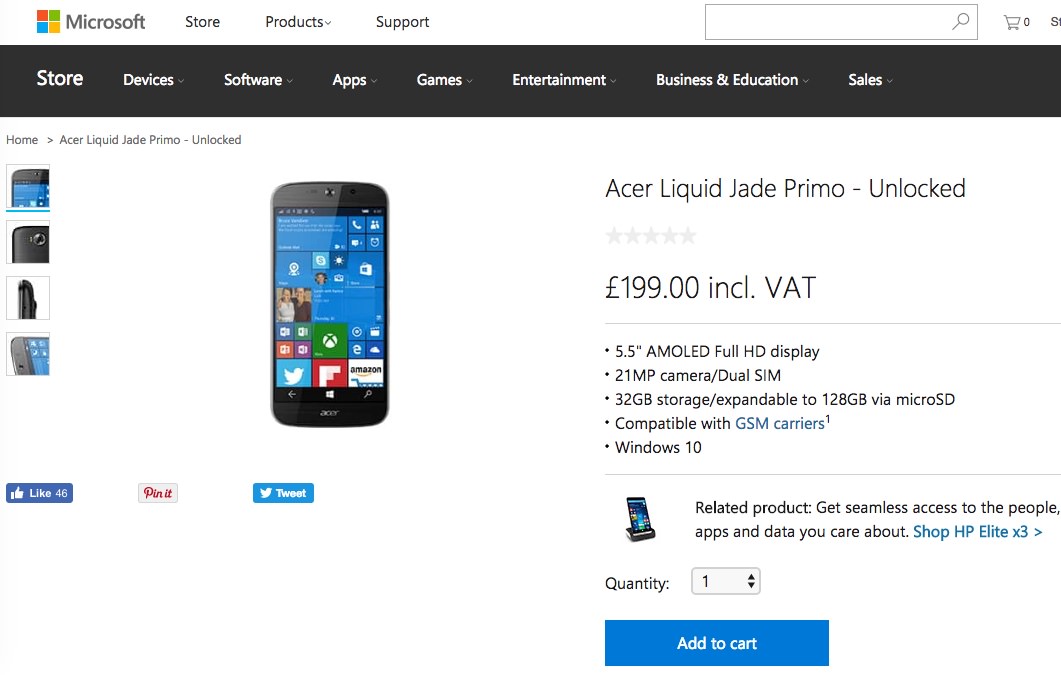 Which, let's face it, has gone from over-priced to 'rather great value'. Admittedly you don't get the Continuum display dock included, that's extra, but under £200 (inc VAT) is a very decent price for the Jade Primo. A reminder of the basic specs:

The obvious question is whether this is a special offer of some kind or a permanent price change. At £199 I do think that the phone will sell, so maybe it will do just that until stocks run out. Certainly there seems little enthusiasm from Acer for the Jade Primo project. Which also doesn't bode well for support should any AAWP readers buy one.

Comments welcome, do you own a Jade Primo? How's it holding up? I've been chasing a review unit for months and have gotten nowhere...