HTC today announced the HTC Radar, a Windows Phone 7.5 (Mango) smartphone. It offers a near mid-tier entry point into the world of Windows Phone, with pricing expected to come in at around £350. It has a uni-body aluminum design, which HTC describe as 'eye-catching'. Key specifications include a 3.8 inch Super-LCD touch screen, 5 MP camera, 1GHz processor and 8GB of on board storage. The HTC Radar is expected to become available in select markets in early October.

The HTC Radar may not grab headlines in the same way that its sister device, the HTC TITAN will, but in some ways it is a more practical and better value device. In the HTC Windows Phone line-up it replaces the HTC 7 Mozart and the HTC 8 Trophy. As with its predecessors it represents the current entry point for Windows Phone in terms of price. While it is at the upper end of mid-tier status, it does gives Windows Phone 7.5 a bigger addressable market than that provided by the more expensive devices.

Comparing the Radar to the TITAN, excluding the obvious screen and size differences, there are a number of note worthy specification changes. These include a lower specification camera (down from 8MP to 5MP), less storage (16GB versus 8GB) and a slower processor (1.5Ghz versus 1Ghz). However, internally there are changes from the first generation of Windows Phone devices, so the Radar should be snappier than the Trophy or Mozart. 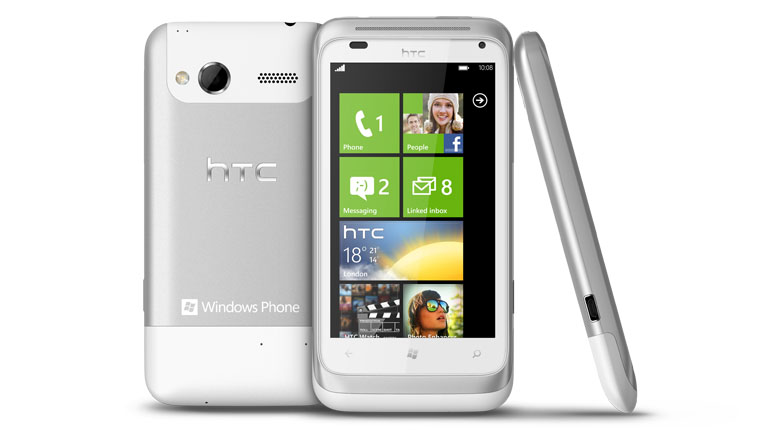