Alongside the Lumia 920 announcement in New York, at a joint event with Microsoft, Nokia announced the Nokia Lumia 820, a follow on to the Nokia Lumia 800. Key features include a 4.3 inch WVGA ClearBlack Display OLED screen, a swappable polycarbonate body, and an eight megapixel camera with Carl-Zeiss optics. 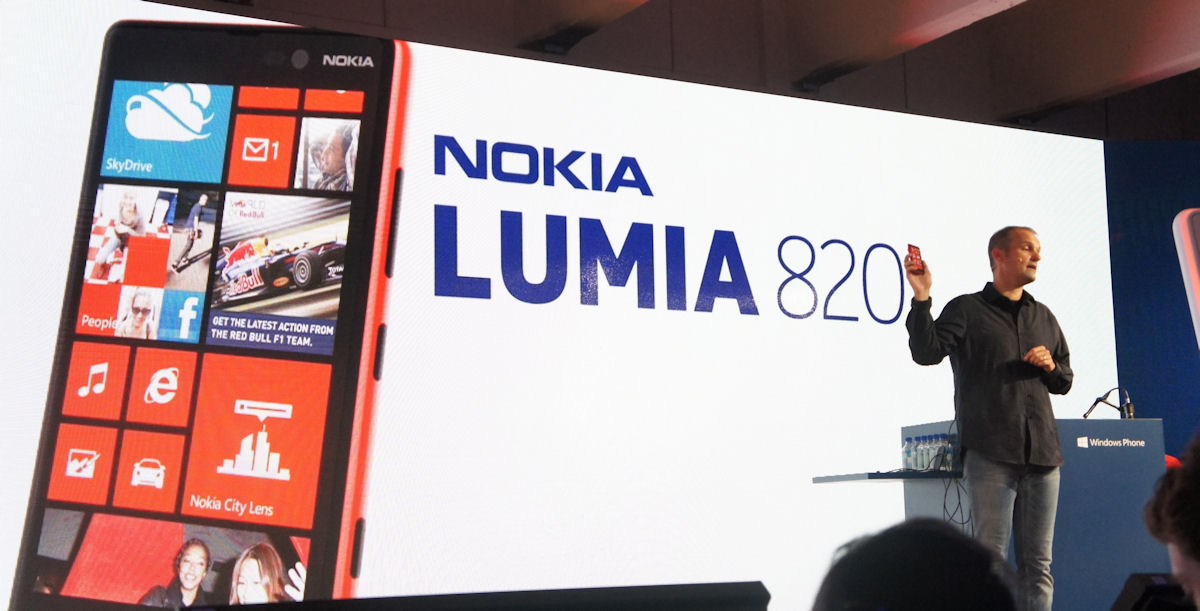 The Nokia Lumia 820 is a significant specification upgrade from the Lumia 800. The processor is upgraded to dual core (1.5GHz), RAM to 1GB, and the 8 megapixel camera is improved. The screen, while staying at 800x480 pixel resolution, is bumped up to 4.3 inches, similar to the Lumia 900.

It also has a number of interchangeable back covers in a variety of colours, some with added functionality such as adding wireless charging capability through the Qi standard that also ships inside the Lumia 920. 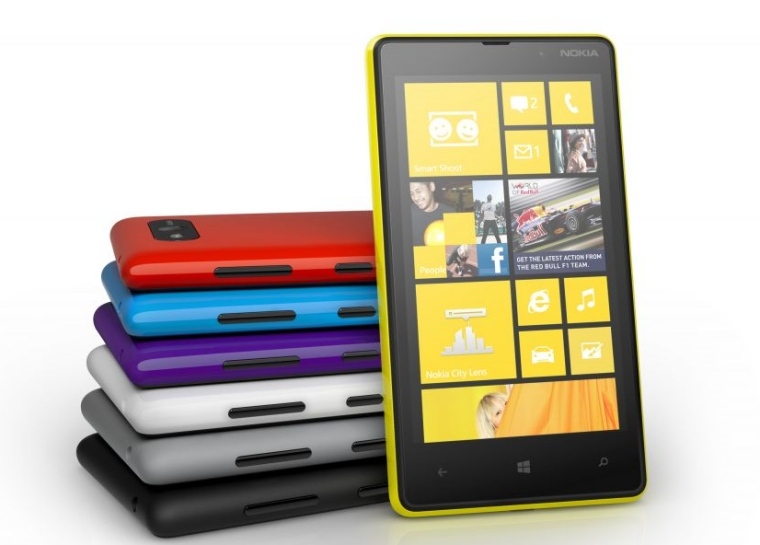 Tucked under the cover is space for a user-replaceable microSD card, increasing the available storage space from the built-in 8GB of mass storage. MicroSD card support is one of many new features that Windows Phone 8 brings to the Nokia Lumia handsets announced today

As with the Lumia 920 details on pricing and shipping were not announced - these will follow when the Lumia 820 is close to release in each country.