I thought it worth noting that Windows 10 Mobile Creators Update (originally codenamed 'Redstone 2') is now rolling out officially to 'production' users in the UK, with multiple people tweeting and emailing me over the last 12 hours to confirm this. The actual build is 15063.251. See below for plenty of helpful links that are relevant here.

If you're confused as to which Windows Phones can/should get this update then see my exhaustive reference table (click it for a full size version): 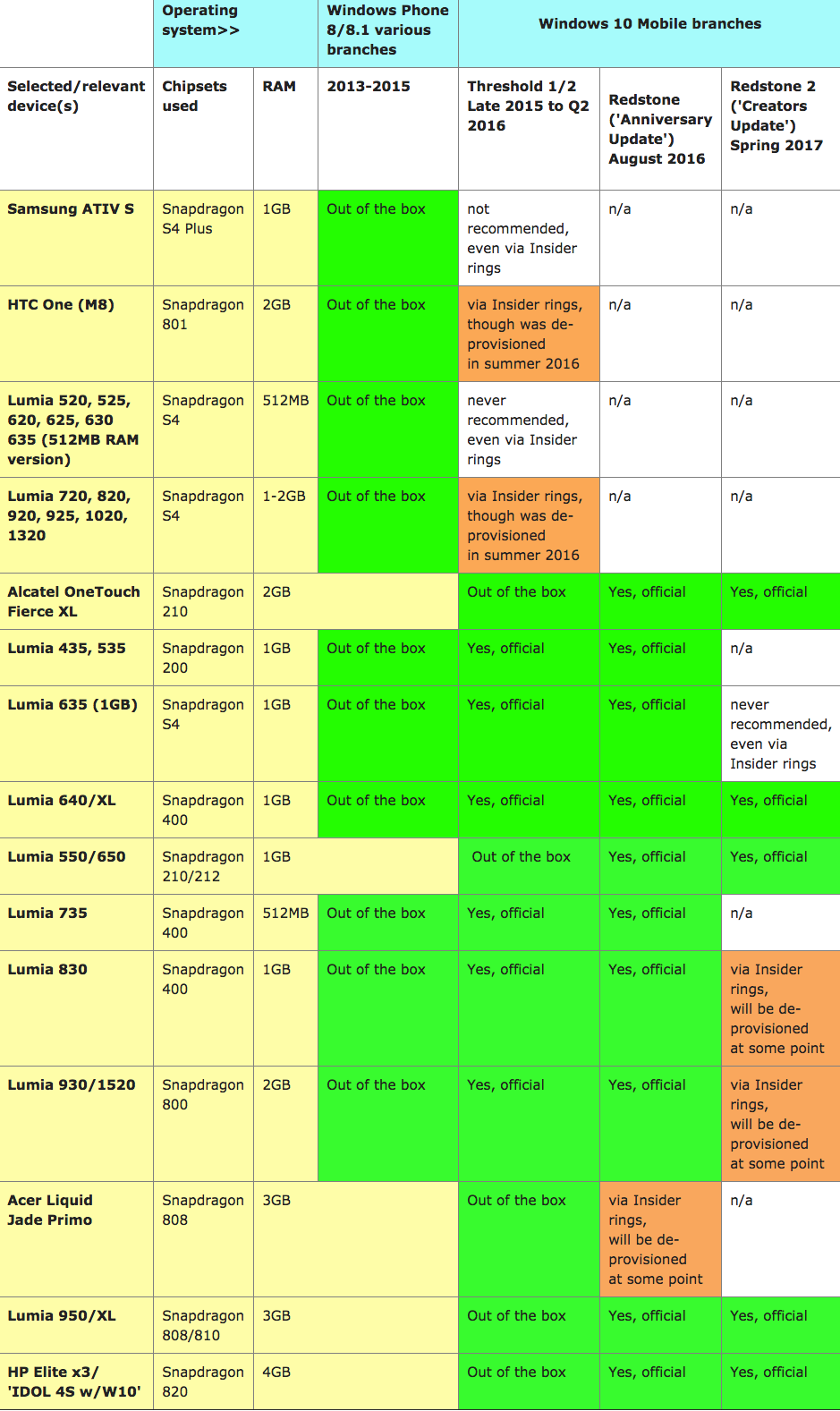 The Creators Update will only be 'officially' pushed to phones that are less than two years old. This is the build that rolled out a week ago to the Release Preview ring. And the build that can be achieved by any 'unsupported' W10M-capable phone via the same ring.

Microsoft had originally promised that the Creators Update would start rolling out on April 25th 2017, but I believe this was only true for one phone variant in the USA. So no promises were actually broken, though I'm not at all surprised to see the extra week taken to hit other world regions.

In terms of what's new in the Creators Update (over and above the Anniversary Update, from last summer), see my breakdown here. The big two bullet points being the overarching performance improvements and the big new version of the Edge browser - more and more is now being asked of this, not least because many niche/boutique apps aren't available for Windows 10 and so any interaction with many banks/shops/services has to be within the browser (in fairness, this is already default behaviour for many on the desktop/laptop, but it's going to become more common on mobile).

Once updated (via production status or the Release Preview Insiders ring), you may wish to safely 'refresh' your Windows 10 Mobile-running smartphone, especially if you're seeing any glitches caused by jumping between different OS branches. Save this as a last resort though.

Phew! That should cover things by now. If this is all relevant to you and your phone, then you may find the Creators Update waiting for you in 'Settings/Update and Security/Phone update'. Let us know how you get on! 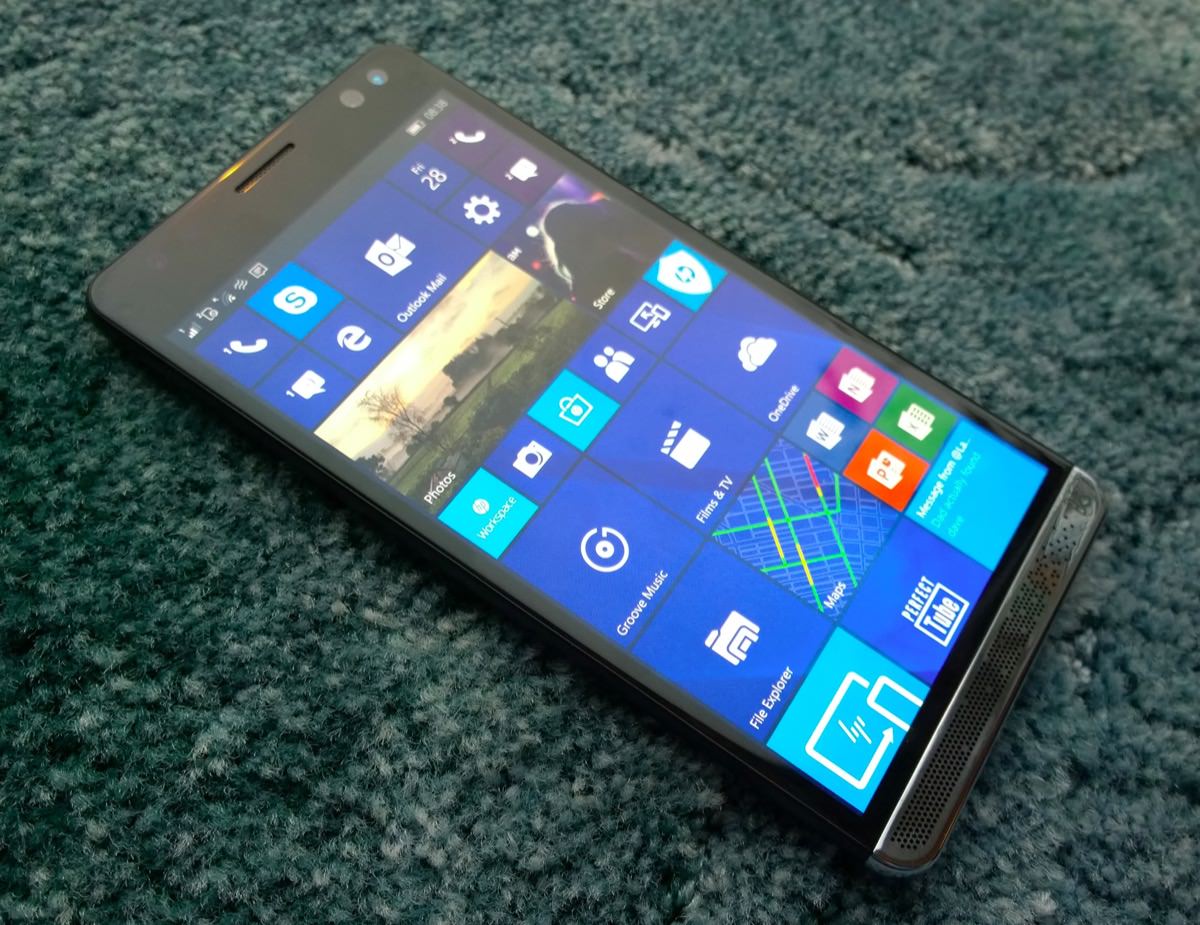