At the end of last week, fellow Brit Zac Bowden published his take on an unreleased Windows 10 Mobile phone from HP from 2017 - the Pro x3, a cheaper consumer alternative to the enterprise-focussed Elite x3. See below for some review quotes and my thoughts, along with a more complete comparison table. Could the Pro x3 have 'moved the needle' for W10M? I doubt it. But the prototype's certainly of interest. 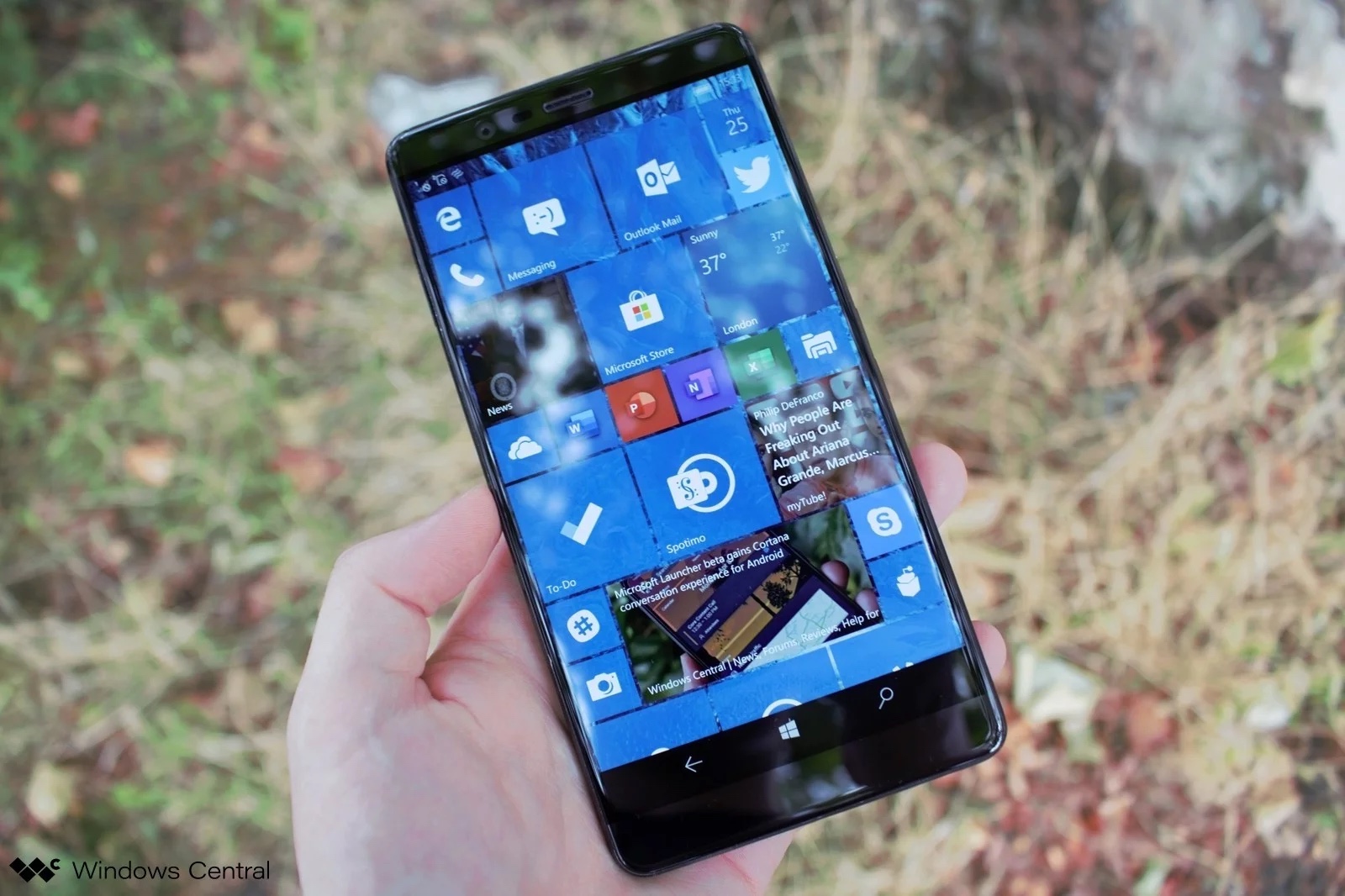 The HP Elite x3 is considered by many to be the ultimate Windows Phone. It was undoubtedly the most powerful, with the best screen and longest battery life, but with a weak camera for a flagship. The Elite x3 was a smartphone built with the enterprise in mind, featuring an expensive desktop dock in the box, enterprise-grade software such as the HP Workspace, and an entire ecosystem of accessories for all kinds of workers.

Because of this, the HP Elite x3 was priced rather high. Launching in 2016 for $800, it was too expensive for your average consumer. The HP Elite x3 wasn't the only Windows 10 Mobile handset the company was working on, however, with plans to launch a more consumer-focused variant a year later. Known as the HP Pro x3, this handset was designed to be more approachable thanks to a lower price tag, more premium build, and many of the enterprise-grade additions removed. But it never reached the market. (More on why coming up.)

Just as a marker, here's an extract from my own Elite x3 verdict, from early 2017:

And so to the next pause/hiatus in the Elite x3 review saga. Even though it's now nearly a year since the device's launch, availability, pricing and firmware still haven't stabilised. I would emphasise again that HP see this smartphone as part of their enterprise offerings, hence the pricing and 'leisurely' rollout - companies think in terms of multi-year cycles for their purchases, very different from the consumer world.

For the AAWP-reading Windows Phone and Windows 10 Mobile enthusiast, the Elite x3 is a very viable high end smartphone, with its only weaknesses being the relatively high price (well over £600 including VAT in the UK) and underwhelming B&O speakers. The Desk Dock is often bundled, along with a bunch of cables and adaptors, which softens the price slightly, but the unique Lap Dock is another £500 (or so) and in its current buggy state gets far less of a recommendation.

My initial guess of £150 for the Lap Dock was naive (my teardown photo shows how much is in it) but, equally, the current price is crazy, however niche the function and however nice the keyboard, screen and speakers. In hindsight, a fully working and bug-free Lap Dock should retail for a maximum of £349 inc VAT in the UK, meaning that companies would get them for nearer £250 and probably £200 in bulk. That pricing could work in terms of businesses equipping road warrior employees. IF the currently infuriating bugs get squashed. 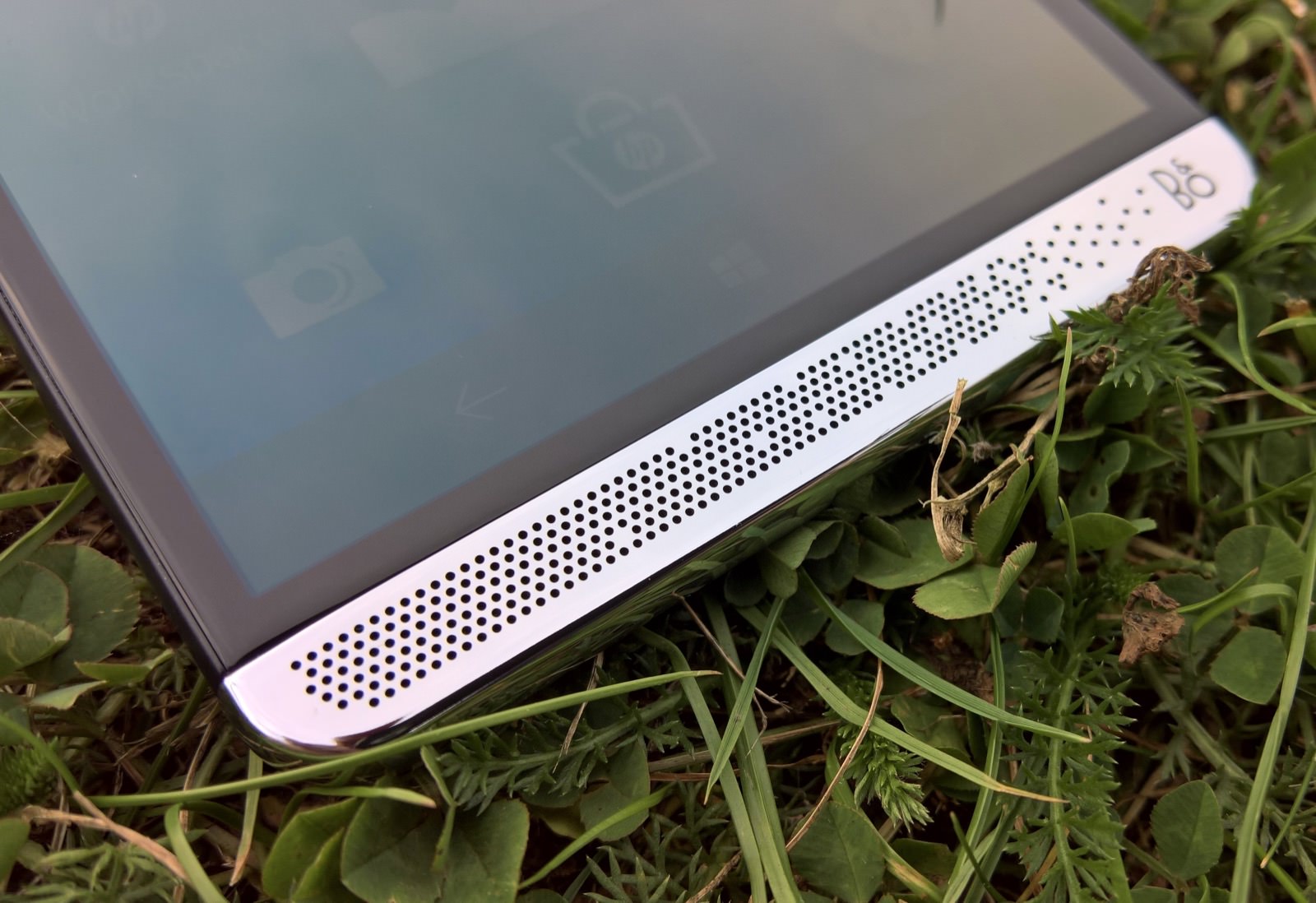 A specs comparison between the released Elite x3 and the unreleased Pro x3 would seem useful here - Zac made a good start in his article, but I've embellished it a bit here, for clarification: I'll suggest that you go and read Zac's full 'review' over on WC, but here's a snippet from his conclusion:

This device was briefly spotted during Mobile World Congress 2017 at HP's booth but was swiftly removed from the show floor once images got out. It's unclear how the unannounced device ended up on display, but it was obvious that it wasn't supposed to be there.

I'm told HP was planning to launch the Pro x3 around the middle of 2017, which unfortunately means the Pro x3 was the victim of poor timing. Microsoft had already made the decision internally to begin winding down development of Windows 10 Mobile after the Creators Update, which launched in March 2017.

Microsoft had started communicating this with partners, and it's likely that is what killed the Pro x3. Why release a new flagship smartphone with a mobile platform that isn't going to be around for much longer? This also plays into why there were rumors that HP was working on an Android version of the Elite x3 in late 2017. HP was attempting to load Android onto the Pro x3 since Windows 10 Mobile was going away. The company soon gave up on this idea, and the Pro x3 was laid to rest.

As a Windows Phone fan, I'm upset that this never shipped. It's the phone I would've been using if I had the choice between the Elite x3 and Pro x3, mainly because of the premium build quality. I really like the metal back and sides of the device, and the thinner bezels around the front. It's easier to handle and would've been cheaper.

My thoughts? Well, another decent Windows 10 Mobile smartphone would have been very welcome. However, after 2016/2017 I just don't trust to get the pricing on anything right. The Elite x3 was priced such as to effectively stop consumers (Windows phone enthusiasts) buying it and its accessories. The phone plus lap dock bundle was routinely well over £1000. What would HP have priced the Pro x3 at? Zac doesn't mention this or hazard a guess, but I'd profer that HP would have priced it at £599. This would still have been too high, given the screen tech and middling camera. For comparison, 2017 saw the Galaxy S8+, beating the Pro x3 on specs across the board, and there were many other Android offerings to do the same.

Of course, the use of Windows 10 Mobile would have been unique, but even in 2017 there was only a limited number of Windows fans wanting to buy a brand new, premium-priced device in the same ecosystem. If the Pro x3 had had the stereo speakers, Qi charging and lovely large AMOLED screen of the Elite x3 then you could make a case for this being a more modern replacement for the classic Lumia 1520, which had a lot of fans. But in dropping these 'Elite' features, HP also reduced the desirability of the device and I'd have assessed it to needing to be £399 at most, to sell, and that clearly wasn't going to fly in the spreadsheets of HP's accountants, accustomed to dealing with companies with proper budgets and allowances.

PS. The star feature of the x3 series for me was always the matching HP Lap Dock, turning your signed-in, UWP app-ified smartphone into a full laptop (well, almost). The dock came (at crazily high price) and went, and always seemed plagued with bugs and issues. But I would draw your attention to the NexDock 2, reported on here and here, and due in for review in September this week. This will let any Lumia or modern desktop-aware (e.g. Samsung DeX) USB Type C smartphone operate with a similar laptop shell to the old Elite x3 lap dock, but at a vastly lower price and (hopefully) vastly better support and future. Watch this space for more.