myTube! 4.0 UWP beta's progress and its triumphs over adversity(!)

A week ago, we wrote about myTube!'s battle with changing YouTube API key limits, hopefully now under control. And I mentioned the continuing myTube! 4.0 rebuild, still in beta after six months (last covered here). Well, the same API key limits and also changes to YouTube authentication/logins have also affected the 4.0 beta, covered here. But as of yesterday everything seems to be fixed, plus there's enough communication from the developer (Ryken Studios) to warrant bringing everyone up to date - here's the state of the myTube! 'v4 Beta'!

In short, after playing with it all day under Windows 10 Mobile, I'd class the latest 4.0 beta as super smooth and massively featured though sometimes confusing ('TV mode' bamboozled me, for a start!)

Firstly, from the developer, over the previous weekend, on the recent login issues (now solved, I was able to login from scratch even through Google two factor authentication):

I just wanted to let you know what's going with the login issue myTube has been experiencing for the past 10 days. The issue started because Google recently made a change to their API policies that requires third party apps to go through a verification process before users can log into them.

My apologies for the inconvenience this has caused!

And, with regards a changelog from the version I looked at back in June, we have, for starters, for v3.9.18.0 (yes, version numbers are being kept sub-4, so that 4.0 can be released 'clean', apparently!):

This is in fact the changelog since the previous beta from a couple of months ago, so I'm sure there's more since the last AAWP story, but no matter, it gives an idea of activity. I can walk you through most of what's new for v4.0 visually though: 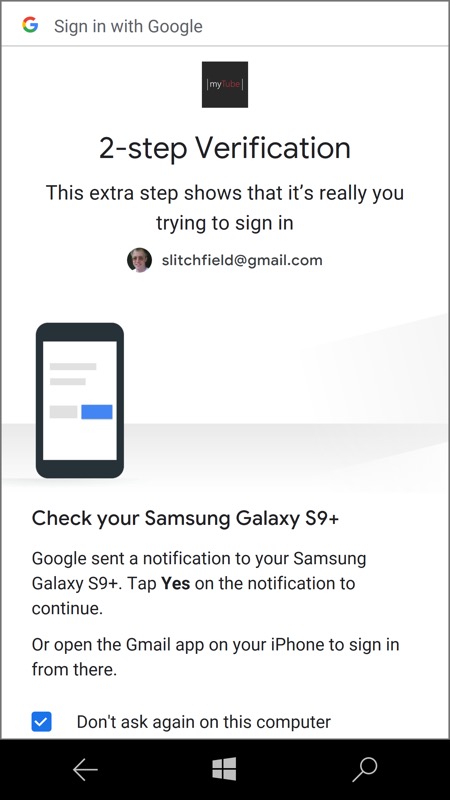 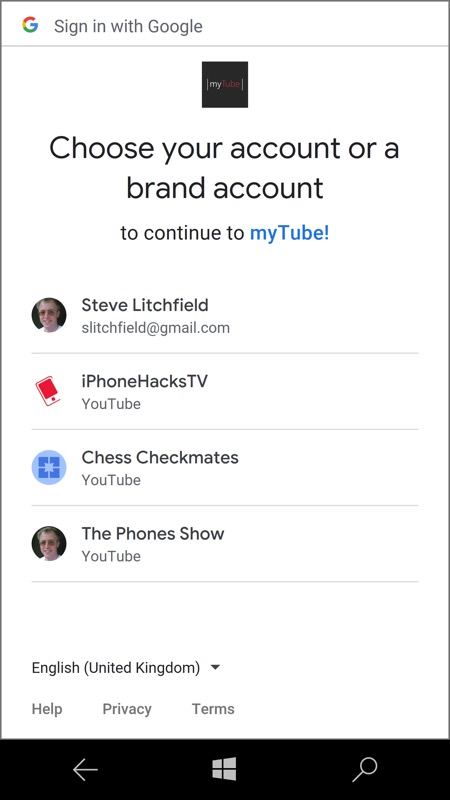 Verification when logging in now uses Google's latest two-step systems, here I just had to tap 'yes' on my Android phone and I'm now in and choosing my account, etc. Note that you don't have to have another phone/OS, there are also SMS-based 2-step logins - they're just a bit less secure. 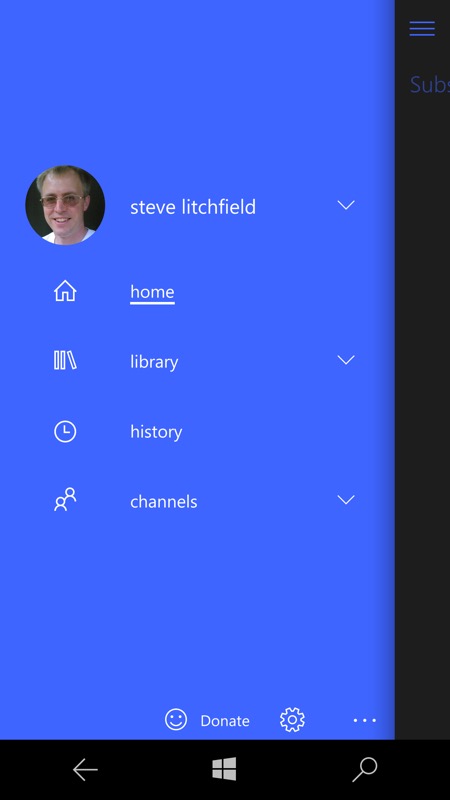 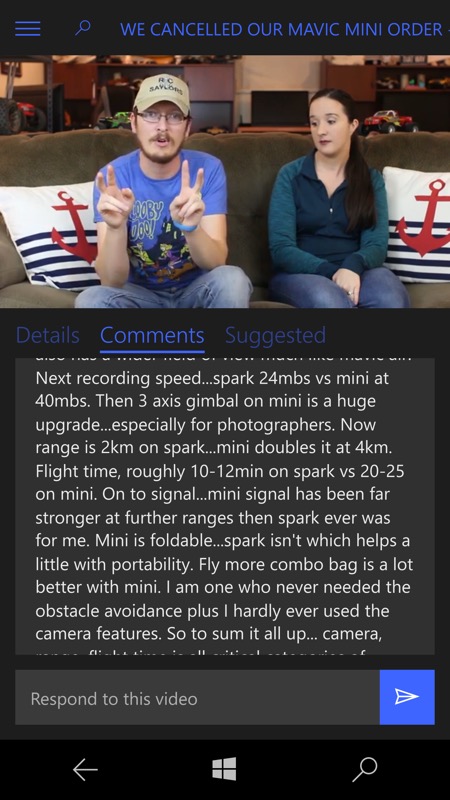 The hamburger menu is still delightfully clean - tap a 'v' control to open up the hierarchical choices, etc. (right) watching a video and browsing comments at the same time... 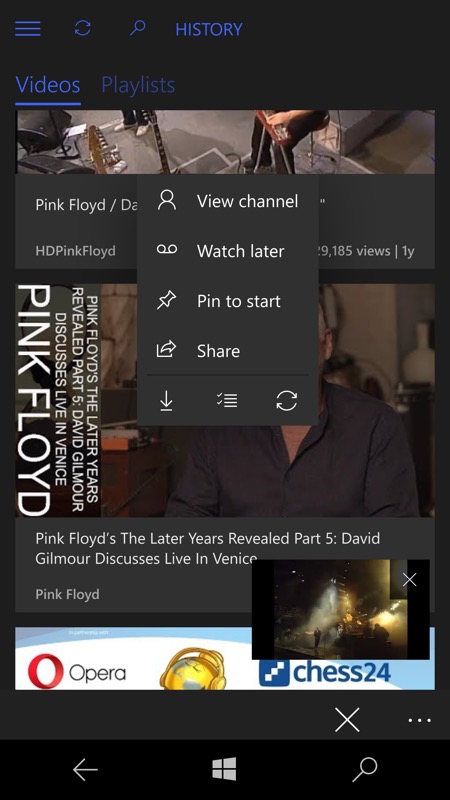 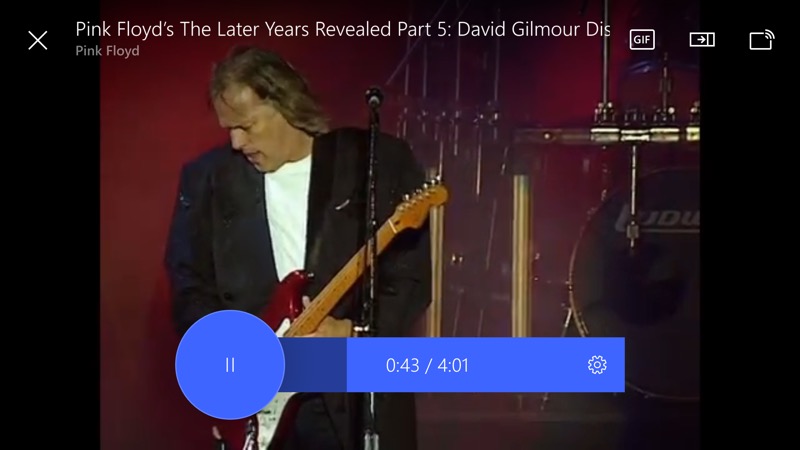 An example of how rich the UI can get. Note the video playing in a thumbnail bottom right, the underlying list of videos, and then my pop-up menu on a single video. And it's all handled smoothly and seamlessly, at least on my test Lumia 950; (right) watching a video full-screen and bringing up the controls. Note the Chromecast support. 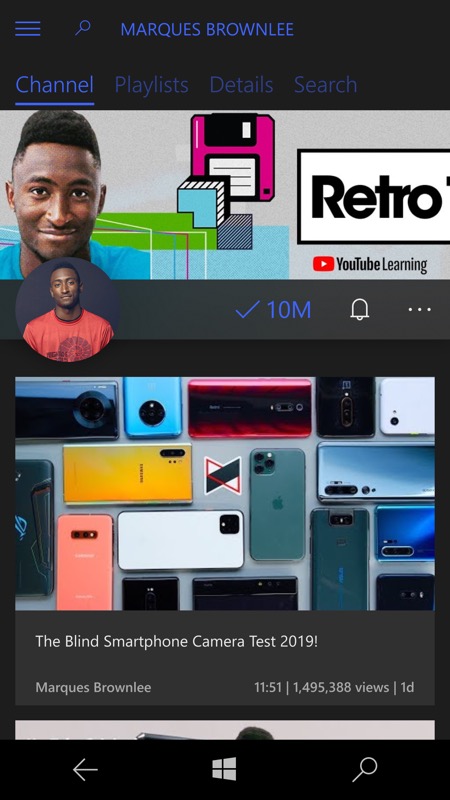 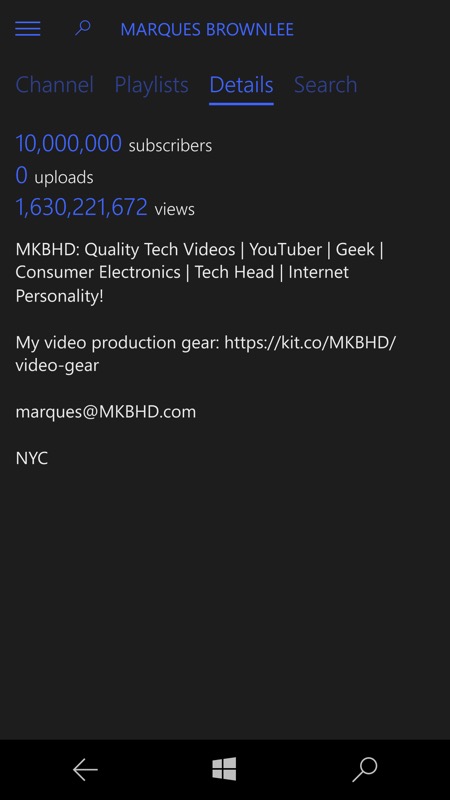 Browsing a channel and noting the clean presentation and reverse chronological sort order; (right) looking at a channel's details and noting that Marques (who started on YouTube after me) has now reached 10 million subscribers. Not that I'm jealous. Very much. Oh no. 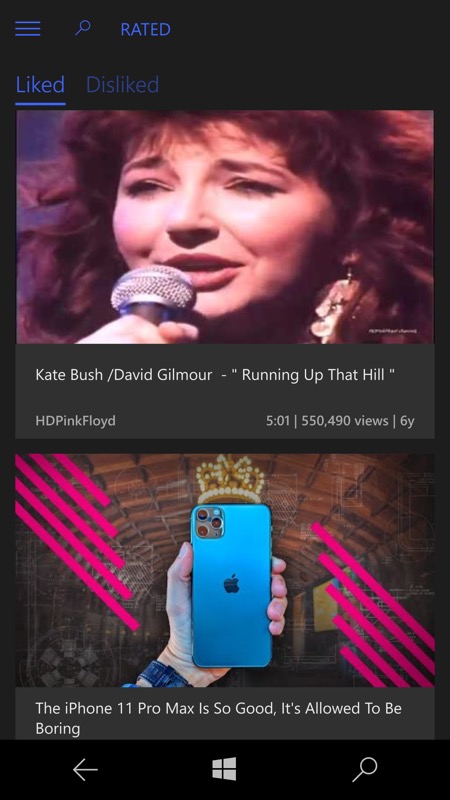 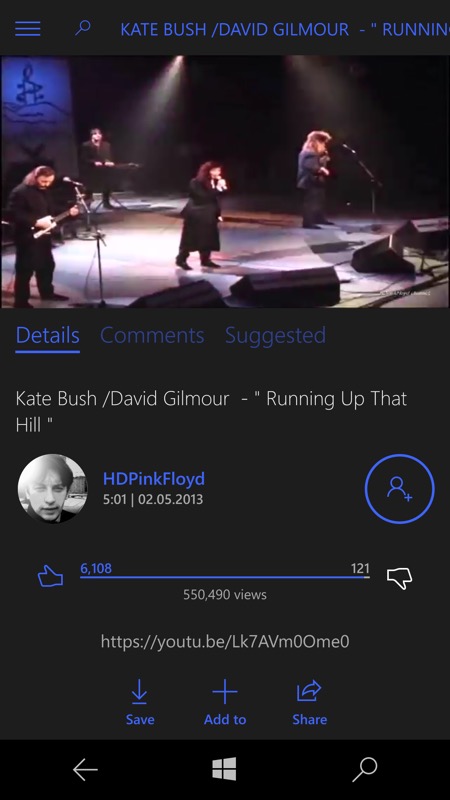 Browsing my 'Liked' videos from my YouTube account and (right) tapping through to watch - nothing earth shattering in the UI here, but it all works super-slickly. 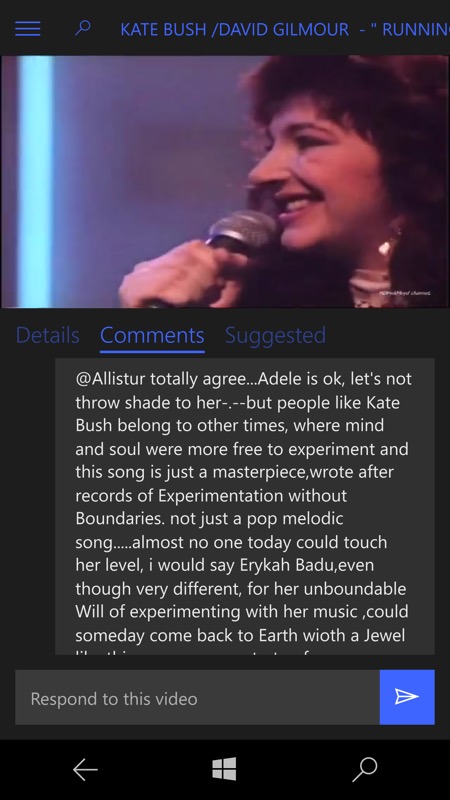 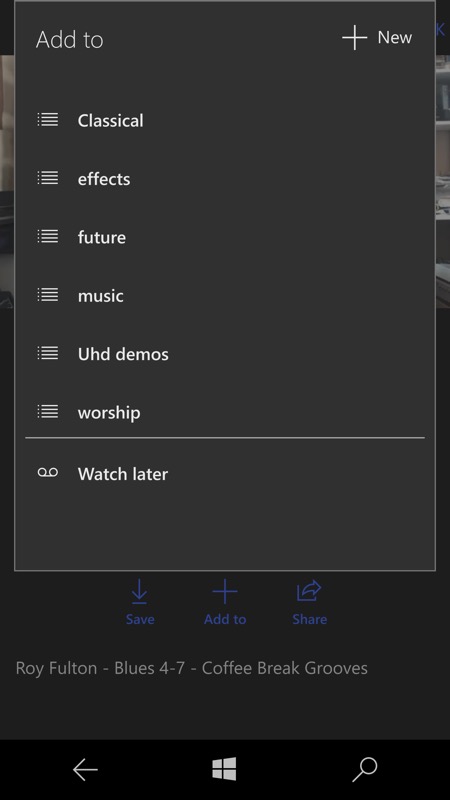 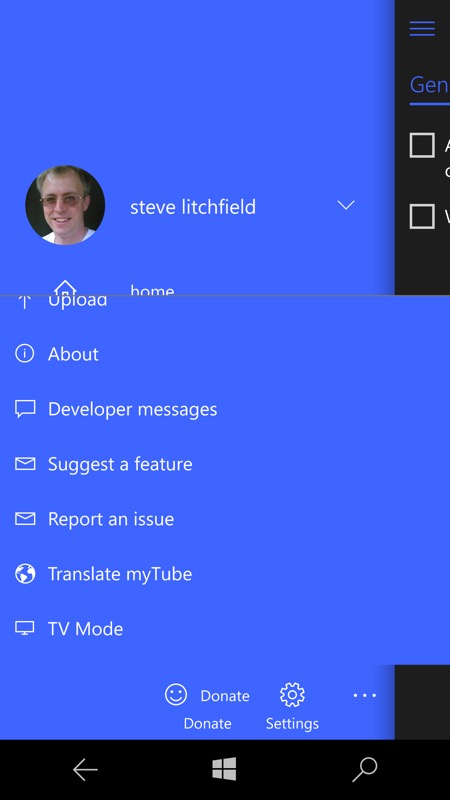 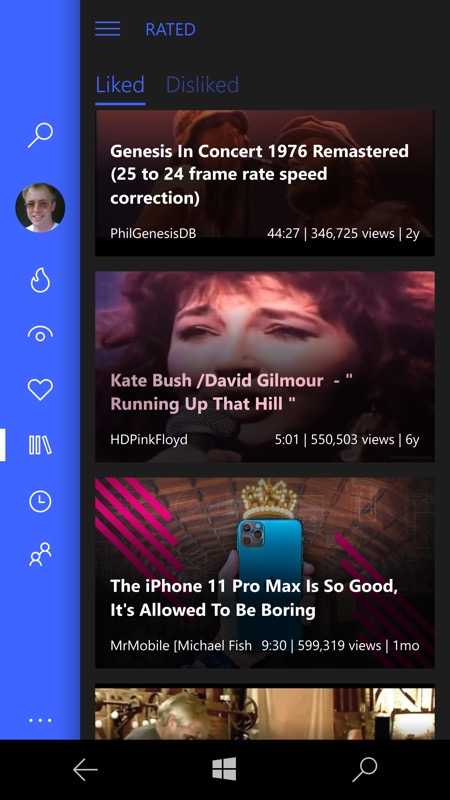 Bringing up the '...' menu on top of the main hamburger menu - notice the experimental 'TV mode', which (partly shown right) sometimes looks stunning and at other times overwhelms the small screen of Windows 10 Mobile. A work in progress....

The install/download link is hidden in the Store (being a beta) but I have it for you here: https://www.microsoft.com/en-gb/p/mytube-beta/9wzdncrdt29j - so go knock yourself out.