I've been following the progress of third party Instagram client Winsta UWP for Windows 10 Mobile for a couple of years now, but it's only with the most recent update, v2.6, that notifications have arrived, initially for letting you know that you have an Instagram direct message from someone. As ever, it's a fun ride on the Winsta UWP update track, with new versions at least once a week!

Here's my aggregated summary of what's new since the last time we featured Winsta UWP on AAWP here, at the start of February:

So quite a batch of updates over just over six weeks. The notification support is still in testing, but it works, as shown below. The '15 minutes maximum' is familiar to anyone who's used Windows on phones in the past - when applications aren't in the foreground they have to rely on background agents to do checks for messages (etc) and these run at an effectively random time from every 1 to (in my experience) about 18 minutes.

So, the impact of all this is that if someone sends you an Instagram message then you won't know about it until - potentially - 18 minutes later. But that's usually enough for casual contacts, and at least you don't now have to check your Instagram messages by remembering to keep switching back to the application.

As ever, some screenshots of this new version in action: 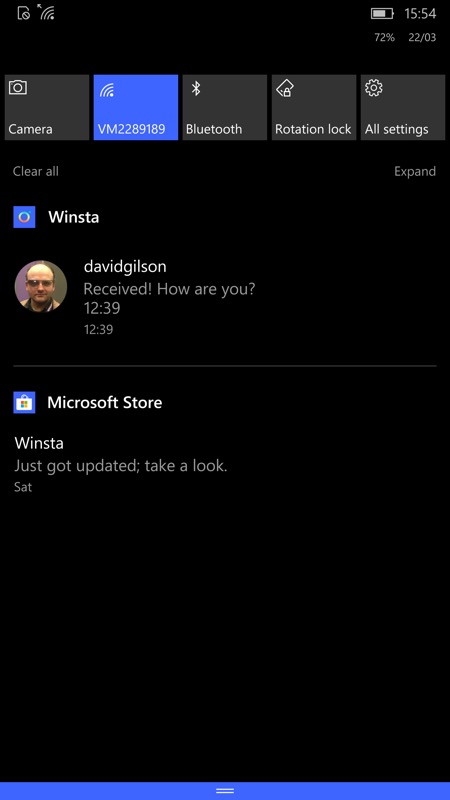 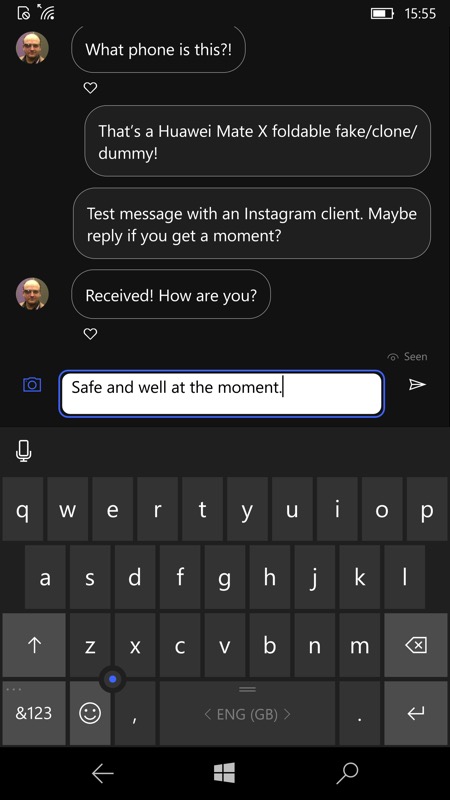 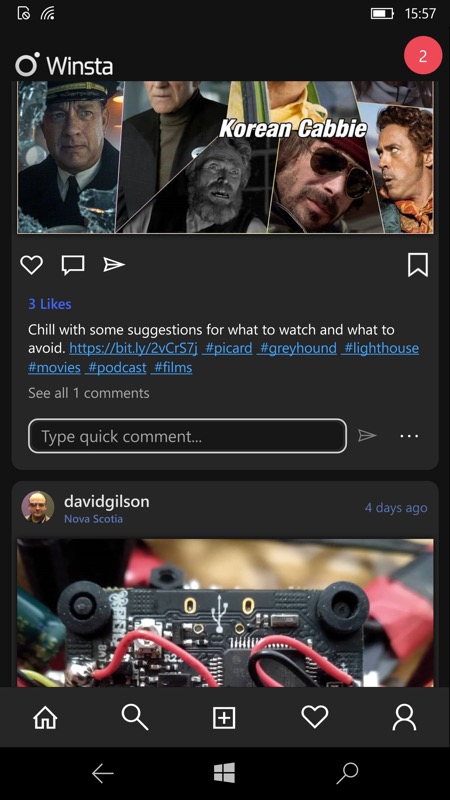 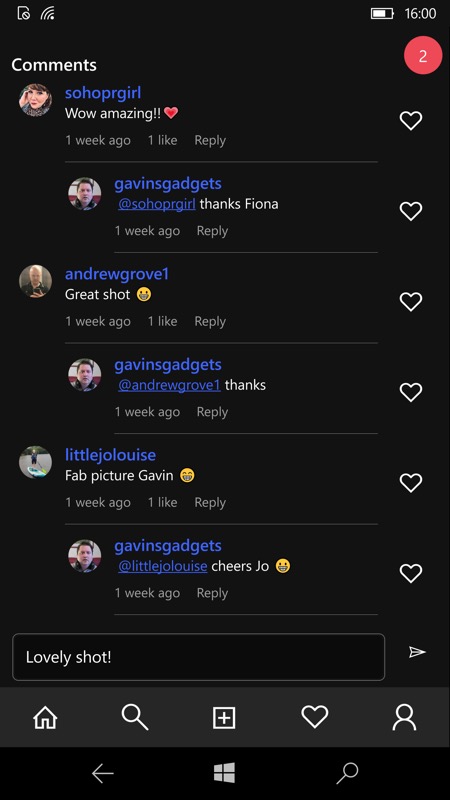 Browsing through my usual timeline and (right) appreciating the new layout for comments and replying, note the possibility to 'like' comments now.

Of note is that there's nothing in Winsta Settings to configure notifications yet - I'd expect this to arrive in an update. Along with - perhaps - notifications for comments or likes, or would these just be too numerous? We'll see...