OneNote now dark on Android, now caught up with Windows?

With even the latest Windows 10 Mobile versions now out of official support, it really is time to think about the colour of the grass 'on the other side'. I've been using iOS and Android, alternately, for the last year, and thought it was noteworthy that the last major Microsoft/Windows service (arguably) is now dark on Android. Why dark? Pioneered on Windows Phone back in the day, dark themes save power and save your eyesight when needed!

Now, I should preface this by saying that the exact versions of (for example) OneDrive and OneNote you get offered on iOS and (here) Android will depend on the phone you have (or might get) and the OS version it runs. But I'd been waiting for dark mode on OneNote for SO long, and it seems to have finally arrived. For me at least, if you don't see it then just wait a few weeks.

I realise that 'dark' or 'light' themes are a personal preference, but it's notable that Windows Phone had them from the start, ten years ago(!), and that I've used them for most of that time wherever possible, for two very good reasons:

1. Dark themes save power, they really do

Modern AMOLED displays look fantastic but the pixels use power when they light up and use no power when black. Back in the Symbian days (AAS), with the arrival of the first OLED displays on Nokia phones, it was shown that a white display used 15 times more power than a black one (the latter being non-zero because of the electronics and processor chugging away in the background).

Now, 15 times is a worst case scenario because modern phones have many other power hungry components, plus most screen content isn't just white or black, but a mixture of colours and shades. In practice, on a modern iPhone or (here) Google Pixel running Android, the battery savings by going 'dark' might only be 30 or 40%, but that's still a big saving, and can mean the difference between running out of juice on the way home or making it back with power to spare.

2. Dark themes are easier on the eyes

Not just at night, though we've all experienced the retinal shock of tapping a link in (e.g.) Twitter when lying in bed, winding down for sleep, and being hit by a wall of white from a web page. But with more and more of us suffering from eye strain, I'm convinced that running phone screens at 'comfortable' brightness (rather than white hot!) and with as much content as possible 'dark', will ultimately help the health of all our eyes.

Now, just because an OS supports a dark 'theme' doesn't mean that all applications play ball. And Microsoft's applications on iOS and (here) Android haven't all been compliant since they appeared a few years ago. Making it galling when, in the middle of an evening smartphone session on the tube home, your mainly 'dark' experience is ruined, along with your night vision, by the glaring white of a non-compliant Microsoft application. But happily, no longer, I contend: 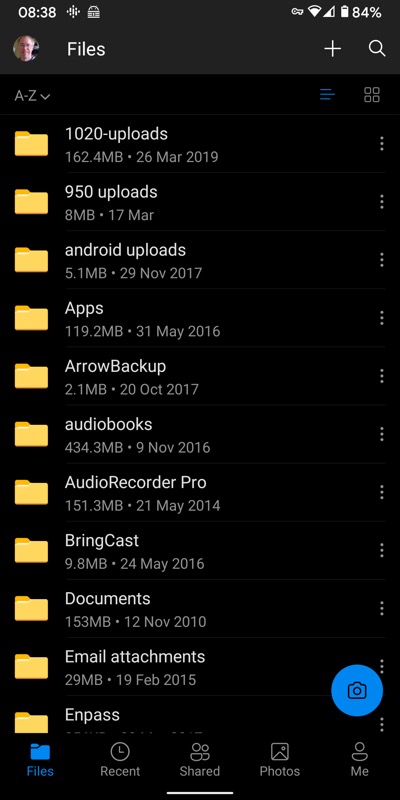 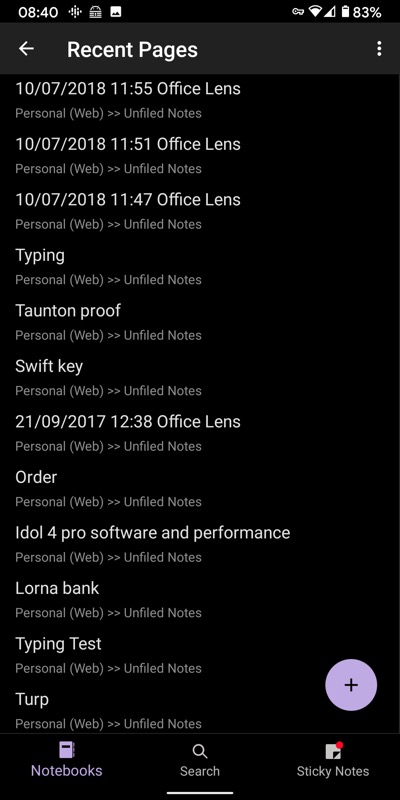 Here's Microsoft's OneDrive and OneNote applications now running on my Google Pixel. So the same useful applications and services from Windows Phone but now also dark and fully functional on an up to date, future proof phone OS. 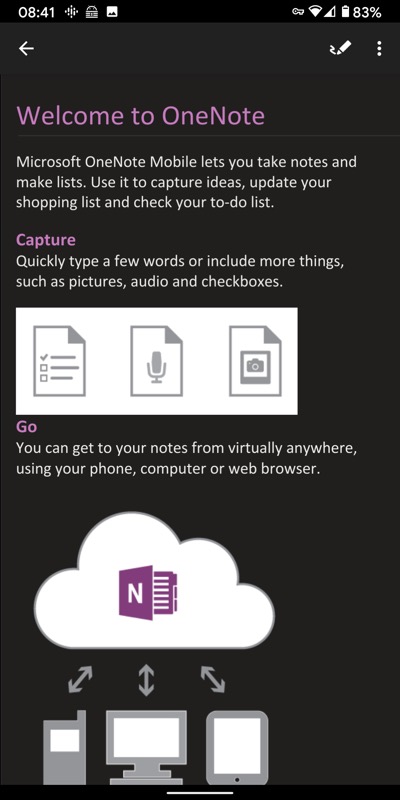 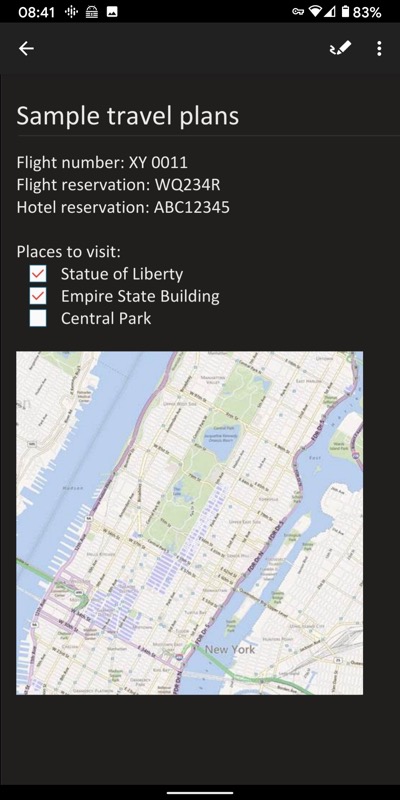 A couple of illustrative screens from OneNote, now dark throughout on Android. You'll have used OneNote for years, of course, under Windows Phone and Windows 10 Mobile, so your 'notebooks' will be well stocked and, once you're signed in, will just 'appear' on a new (iPhone or) Android device.

Interestingly, Google and Apple are still in the midst of the same transition, i.e. from light to dark (at least, as an option), with email applications and even web browsers starting to fully embrace the dark side(!) Some of their applications are resolutely white, some all dark, and some give a choice.

Yes, I know we can look back and say that we had 'dark everything' on Lumias a decade ago. We had it good. But with the time at hand for a switch in platform, we can now say that not only are the Microsoft applications we depend on ON other platforms, they're just as accessible to the eyes as well.

PS: Also rolling out to the Android version is OneDrive support for secure face unlock (as on the Pixel 4 series). "You can now set up OneDrive to unlock with your face, if your device supports it" says Microsoft. Updates to the application will again appear in the Play Store on your phone, as usual.