PAWA has been a staple here for fans of PWAs, i.e. Progressive Web Aapplications, as being implemented by many companies around the world for their mobile web sites. Edge already runs most of these PWAs under Windows 10 Mobile, with PAWA facilitating their launch without the typical Edge URL bar and other browser 'furniture'. But now a wider range of PWAs should be accessible, thanks to support for telling the relevant sites that you're using an Android or iOS device (even if you're not!) and, with this new major update, the facility to store which user agent you want used on which PWA. Pretty cool.

Here's the official changelog for v2.3.7:

As ever, I took the new version for a spin: 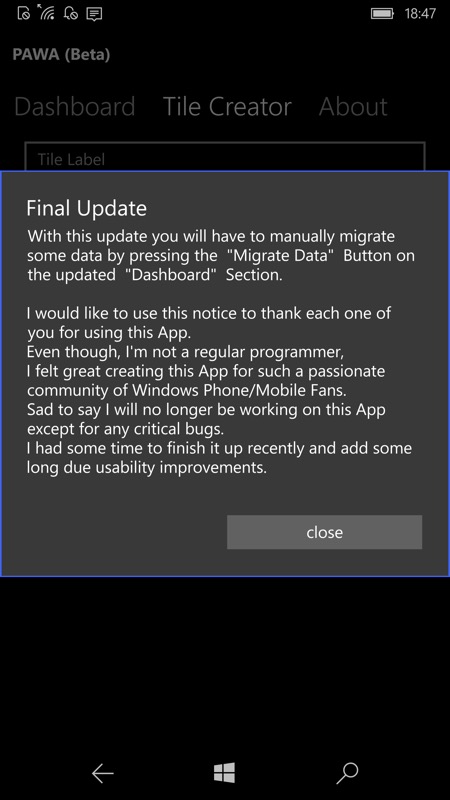 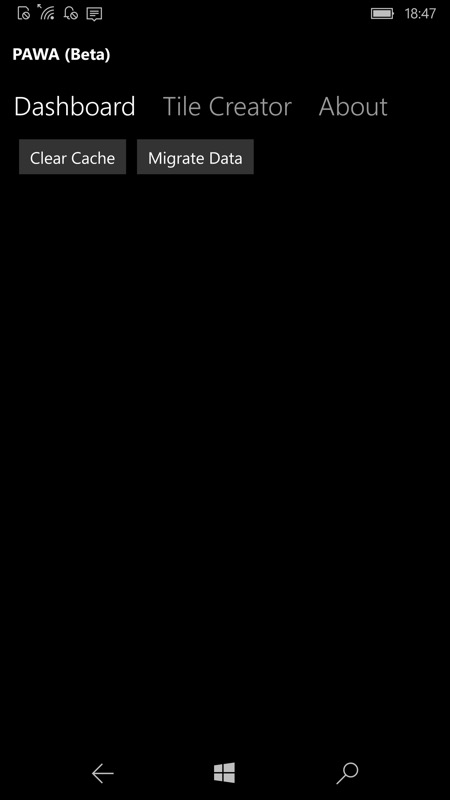 A friendly note about 'migrating' your tiles, see the button on the right.... 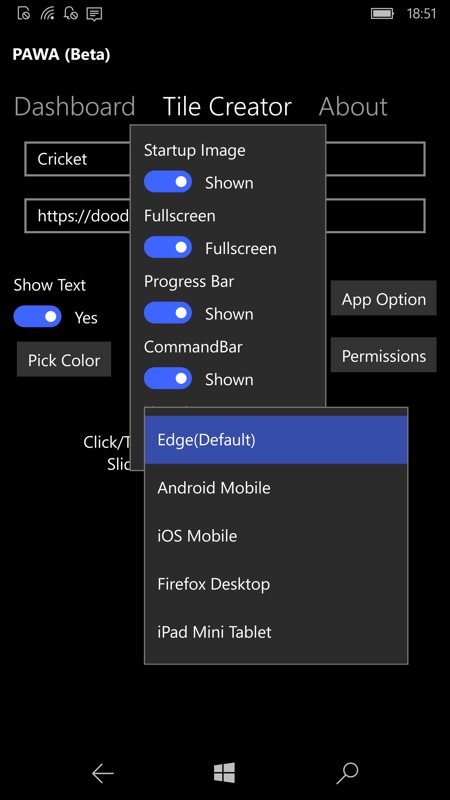 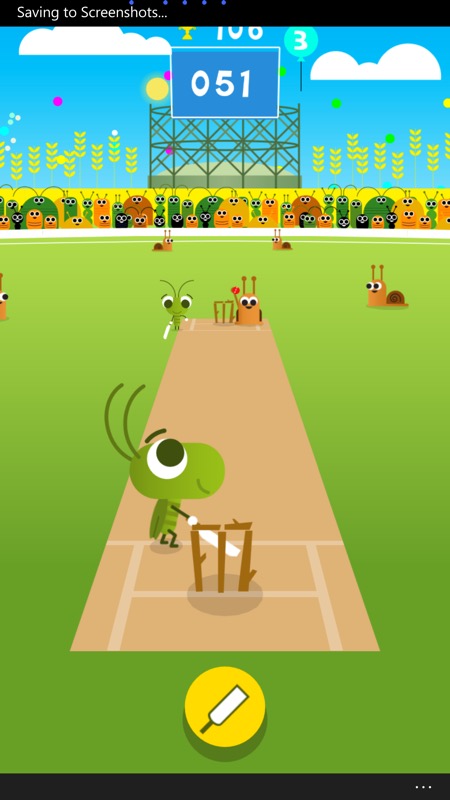 In the Tile Creator, note the new 'App Option' control - this pops up all the tile-specific properties, with User Agent highlighted and exploded here; (right) my favourite PWA game in action, thanks to PAWA... Here I've just passed 50, to huge applause!

Understandably, the developer has said that this is the last major update for PAWA - but he's still open to fixing any major bugs.