There was a Huawei event yesterday, which I'd failed to remember, and the P50 series phones were the star, albeit not very exciting for people outside China, since they come with the Google-less Harmony OS Android fork. But I was intrigued to see, GSMArena story below, that Huawei has started offering upgrades of internal storage for a wide variety of its phone models. Eh? Are they - literally - going to start opening up phones, desoldering chips and soldering in new ones? I don't think so, but there's certainly a lot going on here...

From the GSM Arena story:

Huawei held an event yesterday... the company revealed an upgrade program for older devices is also being launched. Users with Mate, P, nova, and Enjoy phones will be able to upgrade their internal storage for a small fee of CNY369 (that’s about $57) to have room for the Harmony OS without losing valuable files.

Huawei phones all the way from the nova 2s, announced in December 2017, to modern-day nova 7 SE 5G Youth, will be eligible to get the upgrade later this year. Chinese sources claim most Honor flagships from the past several years will also qualify for the upgrade, but Huawei has said nothing official on the matter yet.

Upgrading storage sounds like a complicated task, but it's also a great way to prolong the life of people's smartphones and kudos to Huawei for providing the option. The program is currently only available in China, but it might expand to overseas markets if proven successful.

There's a lot to unpack here, if this is really going to happen.

For starters, modern phones are glued closed, so Huawei is factoring in using a heat gun to open each phone up, then strip each down far enough to get at the motherboard.

In each case, you can't just replace the flash storage chip by desoldering it - this is far too tricky, even for machines, plus there's the huge risk of damaging user files. So surely Huawei intends to auto-backup all files on the internal disk of a phone, then swap out the motherboard for a replacement with twice the storage, then restore all the original files, finally reassembling the phone, complete with waterproofing seals?

This all sounds insanely expensive and over-complicated, so the quoted price of $57 (equivalent) is the bargain of the century for Huawei phone owners in China. It's all a massive loss-leader for Huawei and you have to wonder if it's all been approved by their relevant finance departments - surely this isn't scaleable? If Apple offered to double a 256GB iPhone's storage to 512GB while leaving files intact then you'd be looking at ten times the cost, I estimate.

So why is Huawei doing this? Because they're desperate for more people to switch to its Android fork with Huawei Mobile Services (HMS) and can't rely just on sales of new handsets, even in China. It's notable that this hugely expensive upgrade programme is needed because Harmony OS is dramatically bigger than Android OS for a similar installation. Which is surprising, given that they're based on the same operating system code - it points to HMS being much larger and less optimised than Google's Play Services and related applications.

A typical Android installation is about 20GB, once fully configured and up and running, including real world system swap/temporary/driver files. Let's say that Harmony OS ends up using 30GB - the worry for Huawei is that a typical user, running their internal disk tightly with only (say) 10GB free, would, quite literally, not be able to upgrade their phone in place from Google's Android to Harmony OS. And that's not counting workspace and temporary files needed as part of the upgrade process.

The solution then, in Huawei's eyes, is to offer a dirt-cheap and non-destructive internal storage upgrade so that users can make the choice to 'upgrade' to Harmony OS without worries over whether everything will fit or whether data or apps will get lost.

Which is logical, if insanely expensive and logistically complicated. But there's also the question of justifying the upgrade in the first place. 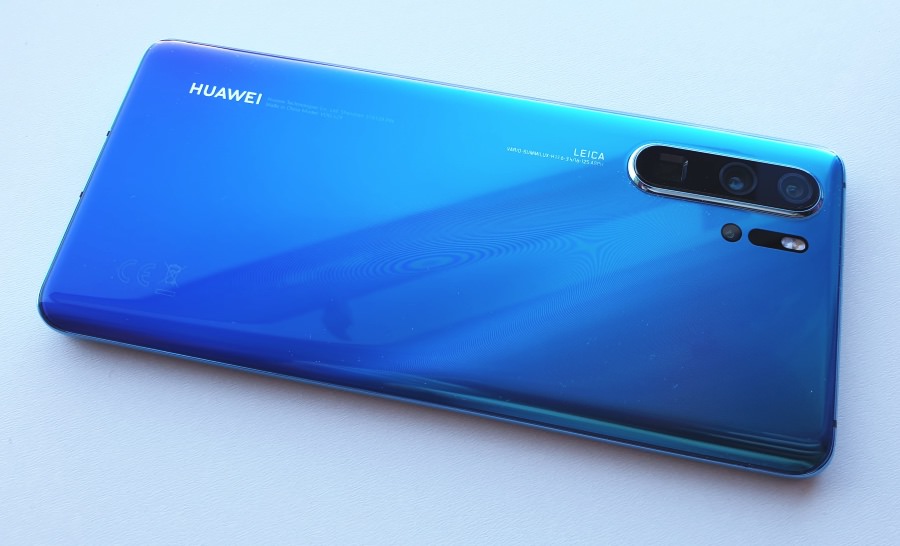 On the world stage, I'm genuinely interested in how Huawei is going to spin things to persuade end users who have been enjoying all of Google's goodness to - literally - abandon Google Maps, Gmail, Google Drive, Google Photos, and so on, in favour of starting more or less from scratch with Huawei's versions. In China, things are somewhat easier, since Google is far less dominant and the vast majority of third party applications used on Chinese smartphones over the last five years will run just fine under Harmony OS.

So yes, in China, the 'upgrade' might well be termed an upgrade if it also comes with more future-proofing - and a super-attractive internal storage offer. But there's no way that I can see any of this rolling out to other markets - let's say a Western P30 Pro user is offered the Harmony OS upgrade and let's say they have plenty of space free for it in their internal storage. The dialog introducing the upgrade is going to have to be completely honest about all the applications and services that will be lost - and, in most of the world, that's anything at all that uses Google Play Services. Something like 80% of what I do on an Android smartphone uses these, and I don't think I'm atypical.

But yes, in China at least, I wish Huawei well. Offering to upgrade user phones internal storage at a massive loss-leading cost is a very bold and unexpected move indeed.

Who'd have thought that, in 2021, we'd have a world where it might, just might be possible to upgrade one's smartphone's internal storage? Strange times. I'll keep you posted.