I last gave some smartphone choices in February 2020, but a lot has changed in the last seven months! I've pitched this as my top picks for smartphones to replace a Lumia 950/930 or perhaps an IDOL 4 Pro or Elite x3, going forwards into 2021 as Windows 10 Mobile is now long unsupported and as services gradually start to wind down. I've tested just about everything on the market and here's my updated verdict in terms of functionality, future viability, and value for money. Four of the five are new from the last selection!

I should also say that I'm a in privileged position in that I own (or, usually, have been loaned) quite a number of smartphones across all OS over the last few years, as part of my reviewing jobs - but this does put me in a good place to assess what's good and bad in terms of recommending a replacement for, say, a classic and much-loved Lumia.

At which point, the question becomes, what to move to? A cynic might say 'Almost anything else', but I argue here that anyone steeped in Lumias, in particular, will have certain hopes of a replacement device, over and above the biometrics and ecosystem factors just mentioned:

Not all of these are givens in 2020's phone hardware landscape, hence my parody marketing pitch the other day.

iOS used to have the counter-argument that there's so little to fiddle with that you don't have to spend hours setting things up, but the recently released iOS 14, available for almost all iPhones, adds homescreen widgets that have a lot in common with Windows Phone live tiles. And in many ways a late 2020 iPhone set-up is closer to something a Lumia owner would be familiar with than most Android set-ups. Who'd have thought it?

So, which phones should you look out for? Which ones satisfy most of the expectations above and will be the best fit for you?

As usual, I'll try to pick devices at different budget points and note that Huawei is now out of the running due to uncertainty as to its future in the West in terms of updates, amidst the whole 'Donald Trump vs China' trade/entity war - I have a P40 Pro here and it's a day to day disaster in terms of application updates and security (in my opinion).

Let's go in cost order, from highest to lowest, so the further you read the less you'll pay(!)

2019 marked the first time I recommended an iPhone as a Lumia replacement and for good reason - the camera system in the iPhone 'Pro' range really is that good. With plenty of input from ex-PureView man Ari Partinen (who's now ex-Apple, but that's another story) and a team of - literally - thousands at Apple, the iPhone 11 Pro's photos, from all three lenses, aren't massively ruined by over-sharpening (as is common on many modern camera phones) and have admirable IQ (Image Quality) all round. With a big camera update ('Deep Fusion') implemented after launch, with pro-level handling of light and texture, the imaging system got better again - see my imaging comparison here. And see my video walkthrough of the iPhone 11 Pro's imaging prowess here. 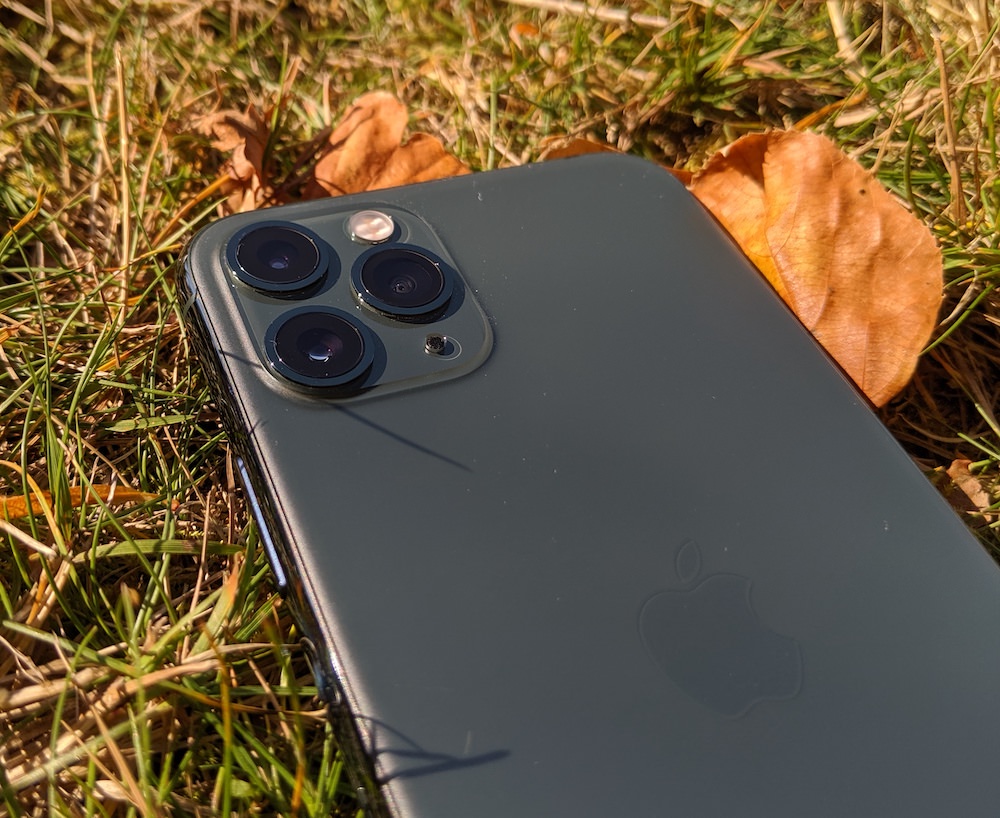 On the biometrics front, the iPhone X range introduced the world to genuinely useful face unlocking - foolproof and fast, and this is still in place on the 11 series. I've used every authentication system since the start and Apple's Face ID (aped by Google in its ill-fated Pixel 4 series before being dropped for the Pixel 5 etc.) is the most convenient. No worries about finding the fingerprint sensor, if you're looking at the phone then you're in. And also into a great many applications, I've been impressed by how many third party iOS applications tie into Face ID to make sure you're allowed into their contents. (A Covid-19 note: Face ID won't work in a shop if you have a mask on, but I don't think we can blame the tech for such a drastic world state...) 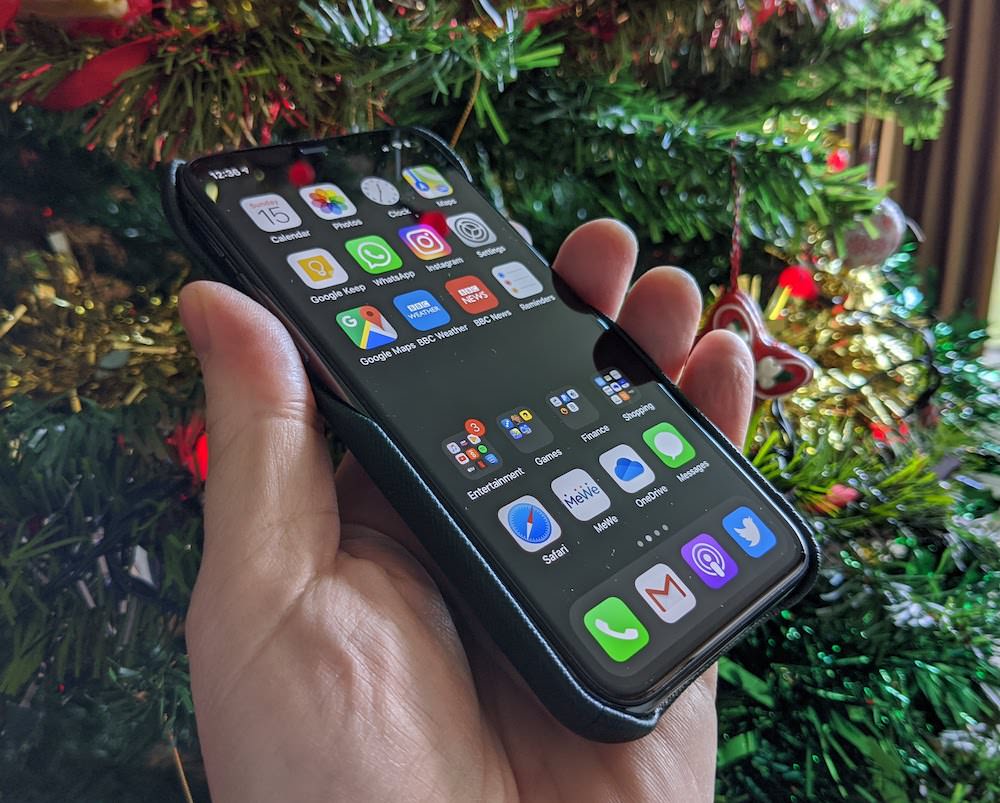 Add in just about the best stereo speakers (with true Dolby Atmos surround sound - really, the width of the sound stage has to be believed) on a mainstream compact phone and also the longest battery life (verified by me) and it's only iOS itself, plus the price, that add doubt. See above for my comments on operating system, but if you're OK with the sand-boxed nature of iOS (more so than Windows Phone, anyway) then the iPhone 11 Pro, as a long term phone investment, is worth every penny. You'll get warranty and support and updates for at least four years, maybe five, so yes, this is an expensive, but very safe option. Remember the old Stella Artois (beer) slogan? "Reassuringly Expensive"!

A slightly odd choice here, since I haven't handled this yet, but the 'Xperia 5 ii' seems to offer all the goodies of the £1000+ 'Xperia 1 ii' (compared here and imaging test here) but in a smaller and lighter form factor. And £300 cheaper, though still expensive compared to the Pixel and POCO devices below, of course. But you do get all the bells and whistles you'd hope for from a classic Lumia, including dedicated two stage shutter key, top notch speakers, headphone output, and imaging.

My only beef with the Xperia 1 ii (aside from price) was the dodgy processing on the telephoto camera, so hopefully that will have been sorted out for this generation of the ZEISS lens-ed camera trio. Watch this space.

The internals are lightning fast, the waterproofing present and correct, there's 8GB RAM and 128GB plus microSD, the Xperia 5 ii has a clumsy name but the phone itself looks anything but. I do think the launch price is too high, but watch the pre-order page for special offers, the first month or so of a Sony release normally sees good accessory (headphones, etc) deals, which help.

Also with iOS 14 now onboard as the iPhone 11 Pro, with widgets galore, this is the cheapest 2020 iPhone by far and has flagship internals plus Qi charging and stereo speakers, plus full water and dust proofing, all attributes not normally seen at this price point. If you want to play with iOS then this is the best way in, though do note that the re-use of the iPhone 8 chassis means large top and bottom bezels. 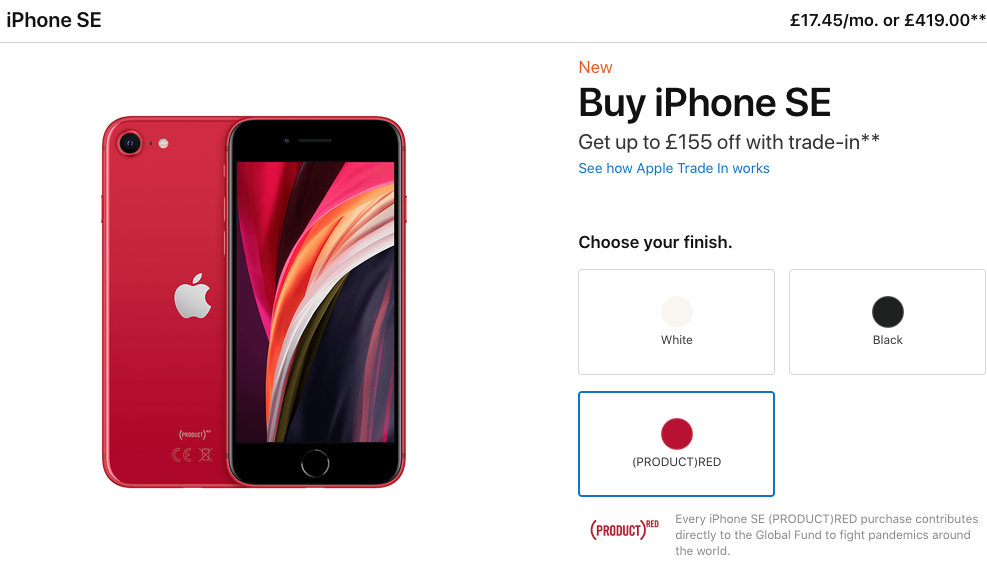 That bottom bezel does house a great Touch ID sensor though, meaning easier authentication and unlocking in shops in these pandemic mask-wearing times. And with the Product Red version here, yuo're also helping a good worldwide charity.

Google's budget range of Pixels is immediately appealing for two reasons (other than the halved prices!) - the same excellent camera system as the flagships (see my Lumia 950 head to head), plus the inclusion of a 3.5mm audio jack, something you often lose by paying more, something I shall never understand... Build quality is excellent, though all in plastic (think old-school Lumia), and there's the usual huge benefit of Google's guaranteed three years of updates, including at least two major new Android OS versions.

From the requirements list, the main misses are Qi charging (perhaps price-driven) and lack of card expansion. But then Pixels (like iPhones) have always preferred to just have integrated storage, for simplicity. 2020's 4a scores over last year's 3a by having more RAM (at 6GB), more storage (at 128GB) and, most importantly, smaller top and bottom bezels. 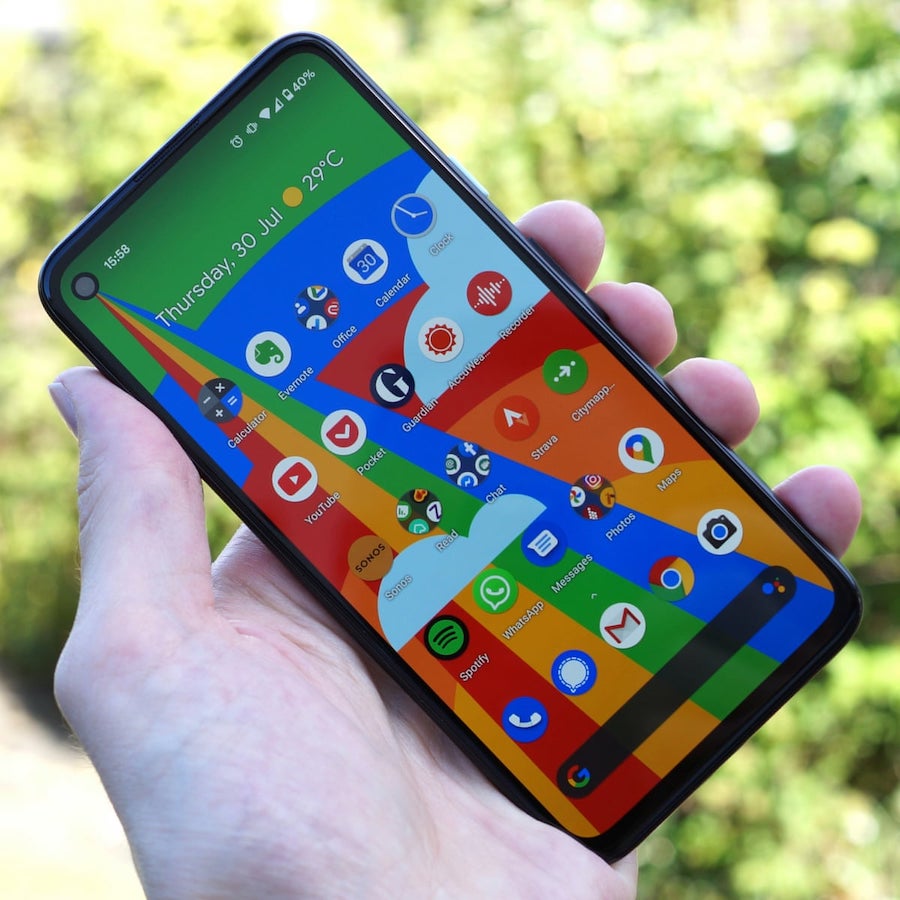 Authentication, for access, online banking, passwords, etc. are via a back of device fingerprint scanner and this works very well, helped by a suitable TPU case that guides your fingertip, in my experience. But all fast and convenient and an easy recommendation.

Recently compared here in terms of specs and imaging with the Lumia 950 XL, this new mid-ranger from Xiaomi hits it out of the park in terms of bang-per-buck. There's a £199 version too, with less internal storage, if you buy direct from Xiaomi. From expansion to a 3.5mm jack to a very competent camera system to loud stereo speaker to 120Hz refresh and HDR10 support on its 1080p screen, the POCO X3 is just astonishing. If you want to get going on Android without costing a fortune then this is the powerhouse starting point. 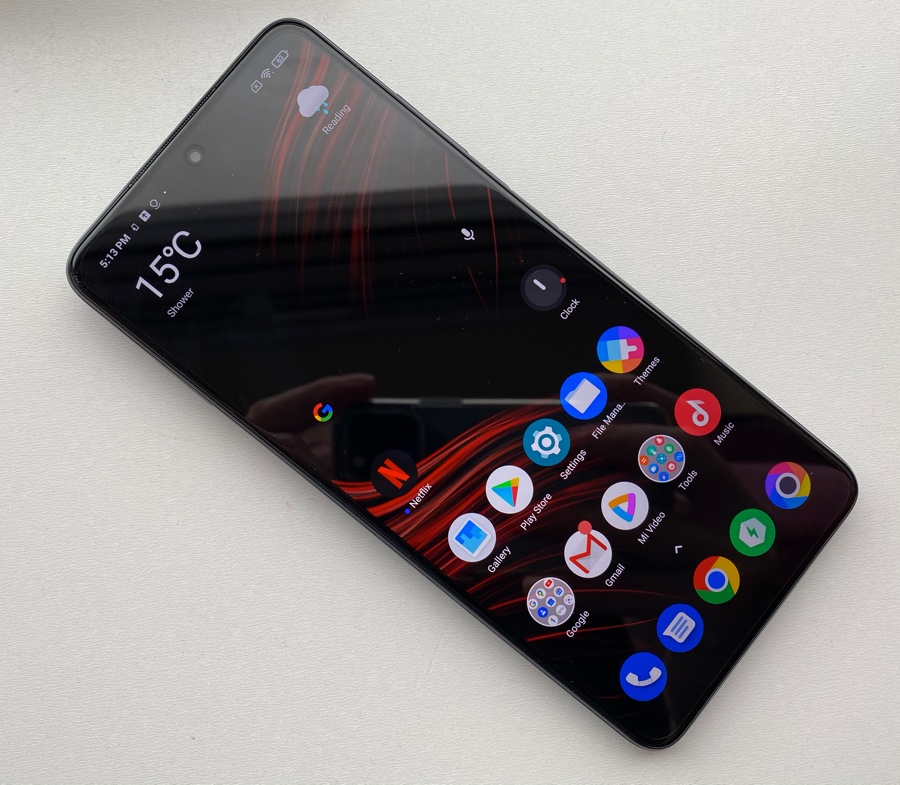 One of the cost savings from Xiaomi is again the use of plastic, but the shiny transparent coating looks every inch as premium as on a glass flagship, while actually being as durable as a 2012 Lumia... 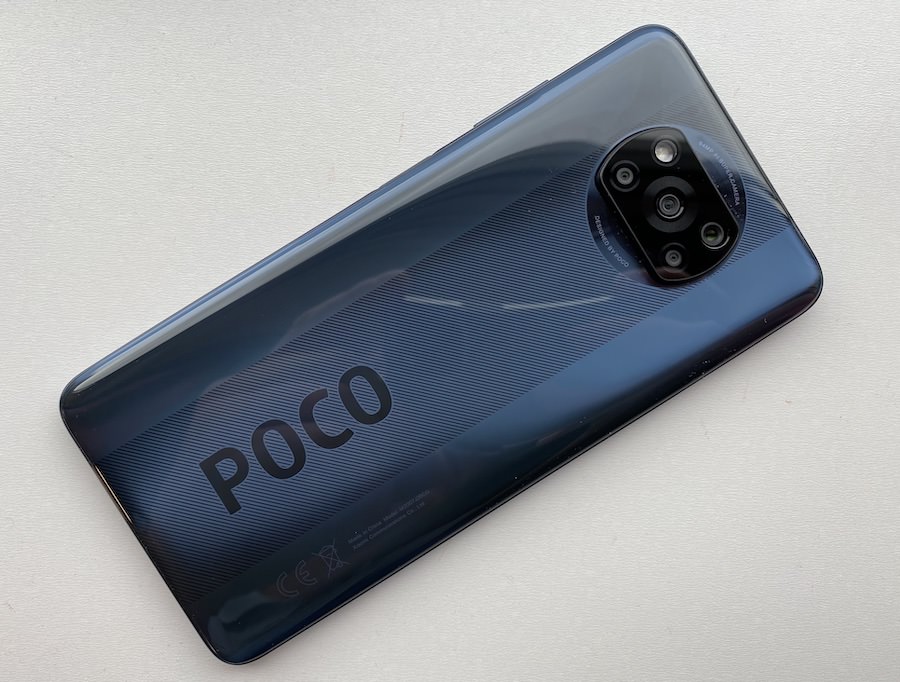 You even get limited waterproofing and that's yet another spec point that you wouldn't expect at this price point. Highly recommended, currently on Android 10, but I'm sure it will get 11 early next year.

PS. If you really want value for money then the best tip I can give is to look on the second hand market, where you can get yesterday's flagship at a knock-down price, wherever you are in the world. Your local eBay is obvious but also full of pitfalls, with scammers and locked/blocked phones not uncommon. In terms of curated sellers, certainly in the UK, sign up to MeWe (a replacement for Google+, effectively) and then into the 'PSC Classifieds' group (when challenged for admittance, quote my name and the URL of this article as your way in). Then there are second hand shops which offer guarantees, such as CeX in the UK, and local equivalents around the world.