Microsoft updates the Bing Apps suite, but where is the extra functionality?

Bing's four information apps for Windows Phone 8 (Bing News, Bing Sports, Bing Finance, and Bing Weather) have picked up a small update today with a number of unspecified tweaks. A quick run through the apps and it feels like the developers have focused on bug fixes and performance improvements, rather than the extra functionality that could benefit the apps and the platform.

They certainly improved the speed of the applications, and I can spot a number of layout changes in Bing Sports to better represent the football league tables for example, so there are some UI tweaks in the mix as well.

What's not been added in this update are any new features. The apps still pull in information from an admittedly extensive white-list of websites decided by Bing, which you can reorder and filter. Neither is there any further integration with the core of Windows Phone. At the very least, I would have expected the sharing of stories and information through the built in sharing system of the OS, and live tile support to be more than a static icon.

But the apps are continuing to be developed, and someone is taking care of them. That's a positive sign. There's every chance that the mechanism for improved user experiences and functionality will be waiting for the Windows 8 update and will then be moved over to Windows Phone. 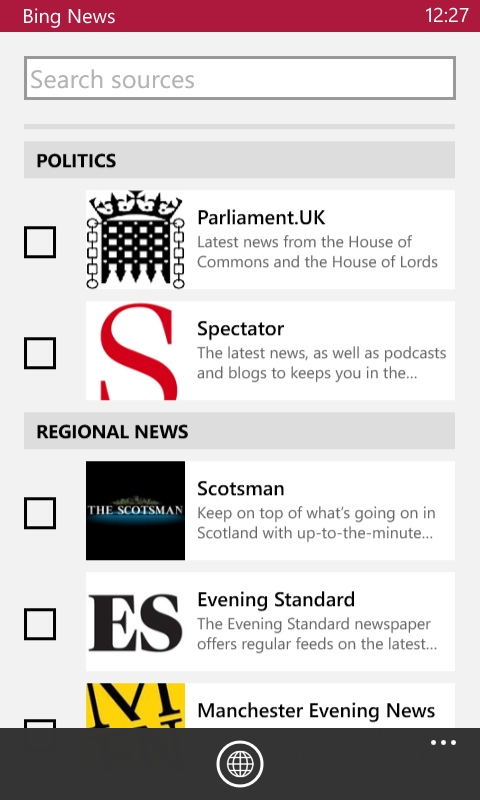 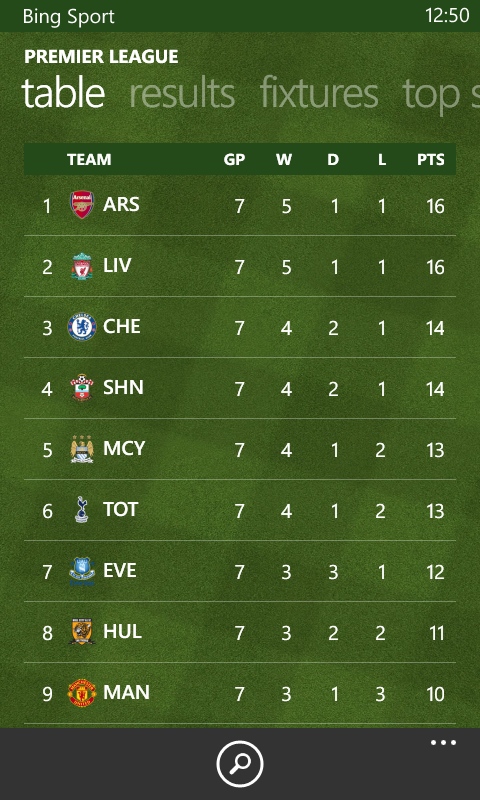 As I discussed when the apps were first released, Microsoft are ensuring a base level of quality for a suite of apps that cover what many see as 'basic app functionality'. They don't stop other clients flourishing in the Windows Phone environment, but the apps put them all on notice... you must be this high to ride on Windows Phone.

I just hope that the next update lifts the bar a little higher to show off the OS in a much better light.

Bing News, Bing Sports, Bing Weather, and Bing Finance, are all available for WP8 via the AAWP App Directory.

Filed: Home > Flow > Microsoft updates the Bing Apps suite, but where is the extra functionality?