I've reported on Winsta UWP, the unofficial Instagram client for Windows 10 Mobile, many times over the last year, including the initial review, first big update, and most recent updates, last in early May. And it keeps getting better and better, for Windows 10 phones, tablets and laptops. v1.5.9 is summarised below.

Here's what's new, for v1.5.9, since the last time we featured Winsta UWP, back in May:

Winsta UWP is running at a new sub-version every week, all very impressive. 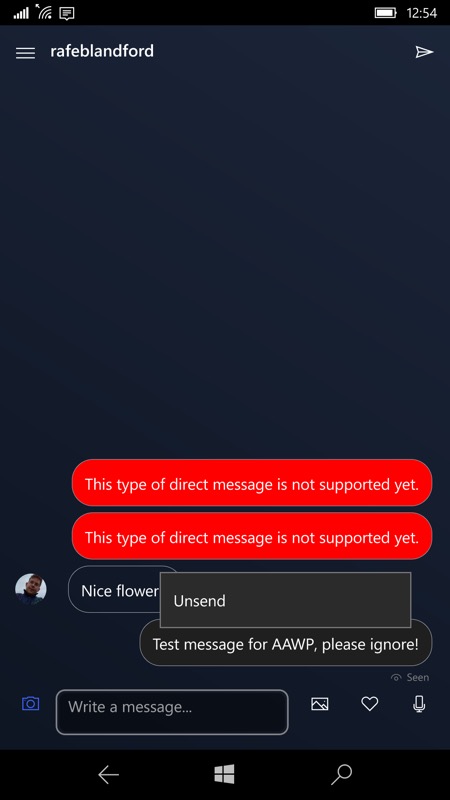 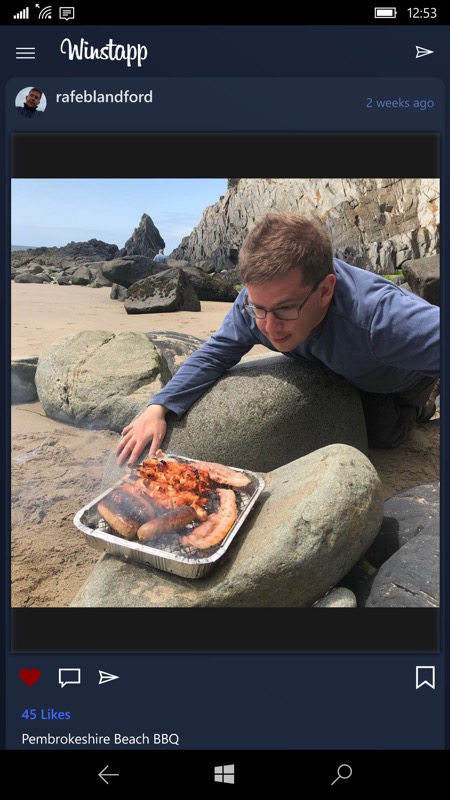 The 'Unsend' feature in direct messaging (ignore the red errors, they're from a much earlier test and I think the formats changed at some point); (right) I've solved the mystery of what's happened to Rafe and the absence of AAWP and 361 podcasts - he's living 'wild' on a beach in Wales and upload speeds are terrible....(!)

Winsta UWP has a very active developer and there's an Insider user community here on Telegram. (Access the latter through Unigram UWP!)

As I stated before, Winsta UWP is highly recommended. There's a lot to like about Winsta's speed and UI, it's a breath of fresh air - you can directly encourage the developer by buying Winsta, since it's a couple of quid in the Microsoft Store. Go on, if you want to see this updated further, buy the developer a cup of coffee in this way...