Last covered here back in February, Twitter keeps on improving its Twitter PWA, most easily accessed on Windows 10 Mobile through the official UWP Store application, even if the code changes are all server-side. Still, Twitter gets smoother and more functional week by week - it's the flagship social network for W10M these days. Here's what's new, updated and fixed!

As ever, I've been looking through the changes and doing some illustrative screenshots: 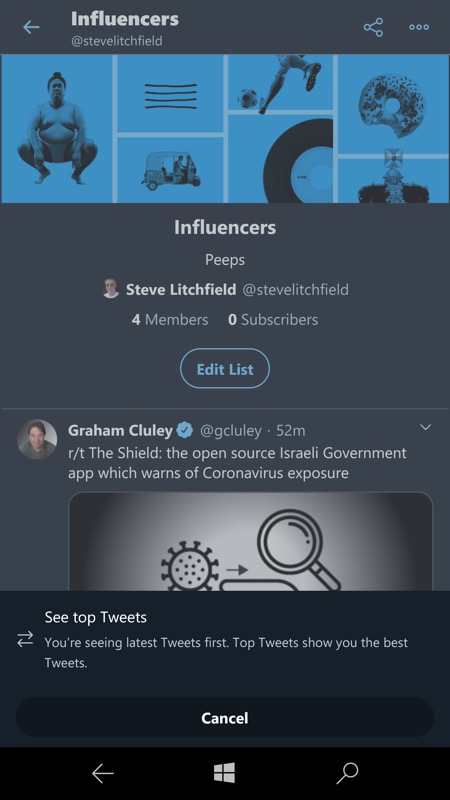 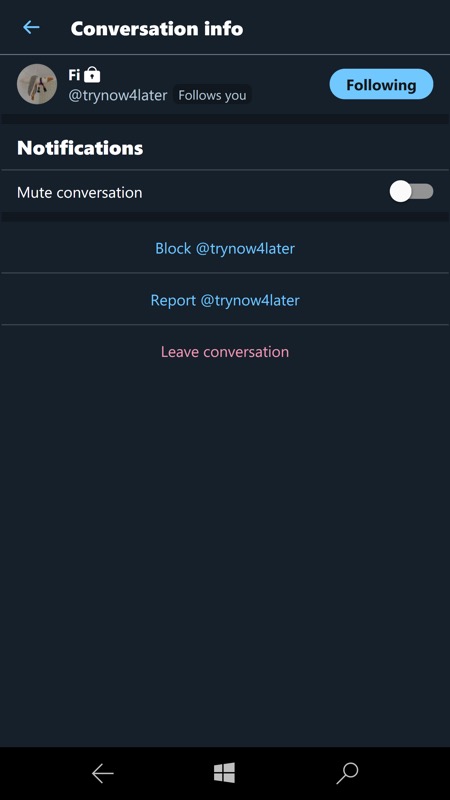 Lists can now be browsed in 'top' or 'latest' modes; (right) deciding whether to block a DM sender... 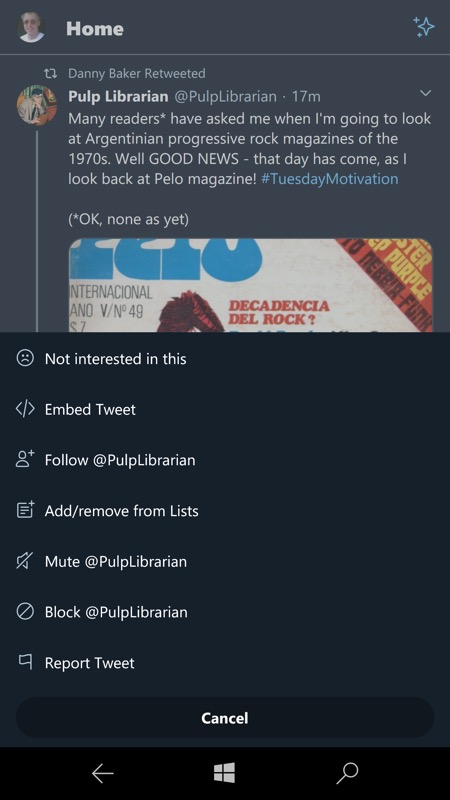 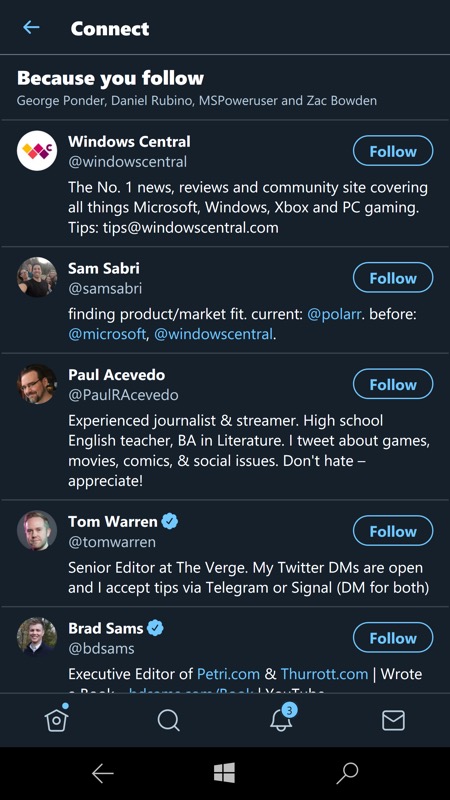 You can now add/remove from Lists from the caret ('v') menu, as shown here; (right) the 'Who to follow' section can be expanded via 'Show more' to a fuller listing, as shown above, right. Some sensible suggestions for me, I think? 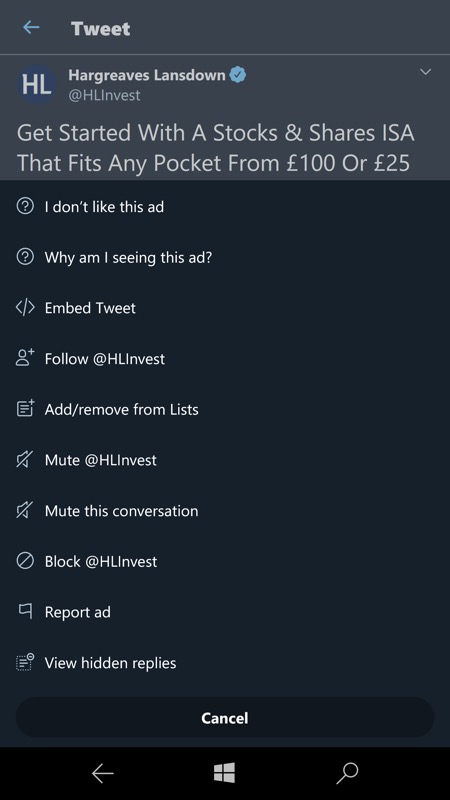 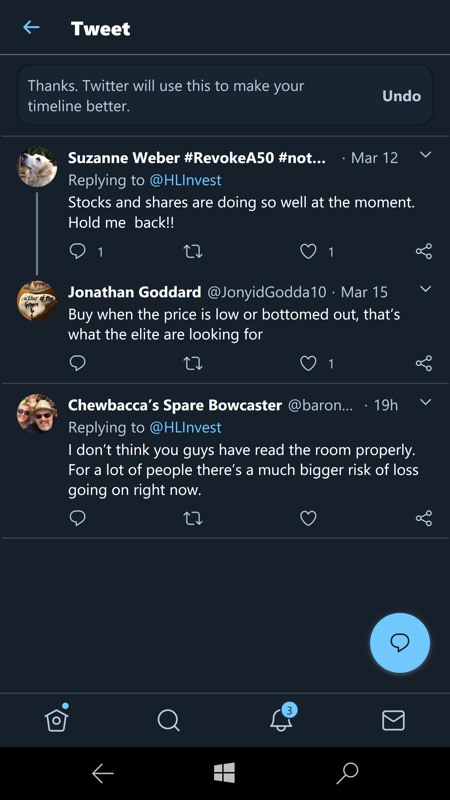 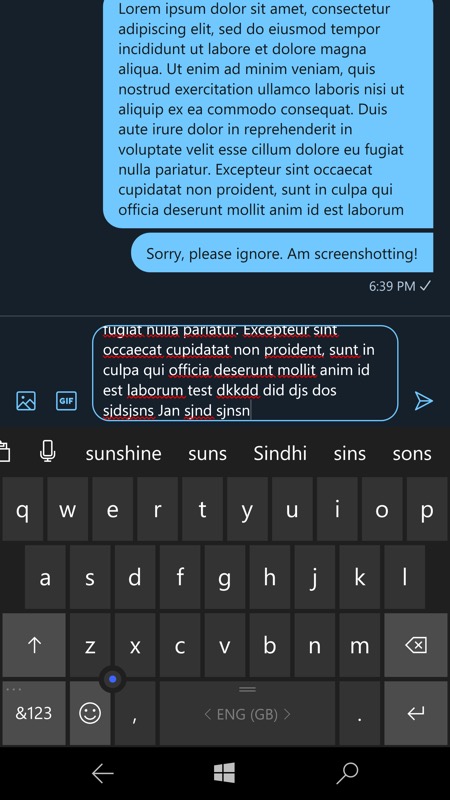 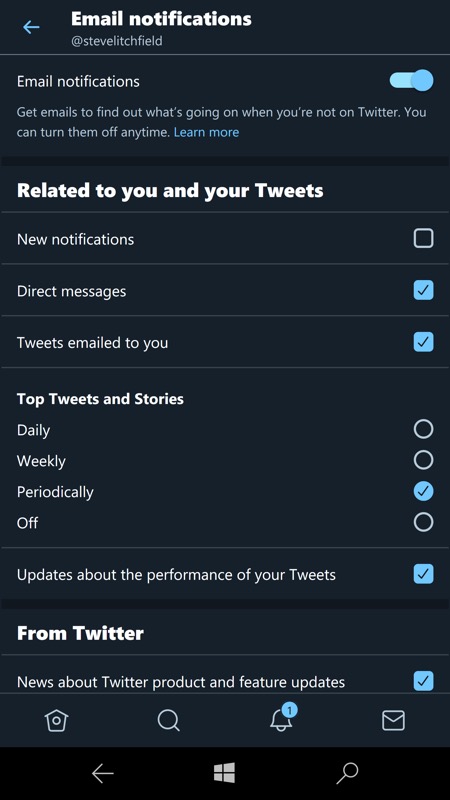 In theory, the DM compose box is supposed to auto-enlarge, but it doesn't work under Edge, which is a shame. Still, you'll cope! (right) don't forget that you can turn on a wide combination of SMS (or email, as here) notifications.