Last covered here back in March, Twitter keeps on improving its Twitter PWA, most easily accessed on Windows 10 Mobile through the official UWP Store application, even if the code changes are all server-side. It's the flagship social network for W10M these days, and here's what's new, updated and fixed! [Updated]

[Updated: it has been noted that, since the update reported here, there has been another 'silent' update and the 'hamburger'/top-left menu is now broken under Edge - so there's no access to Profile, Lists or Settings. 8-( Hopefully Twitter will get enough bug reports that whatever they've done server-side can be fixed promptly!!]

[Further update, this has now been fixed server-side.]

Here's the official changelog (though some items refer to UI actions not appropriate for Windows 10 Mobile):

As ever, I've been looking through the changes and doing some screenshots - not all changes are demonstrable/visible!: 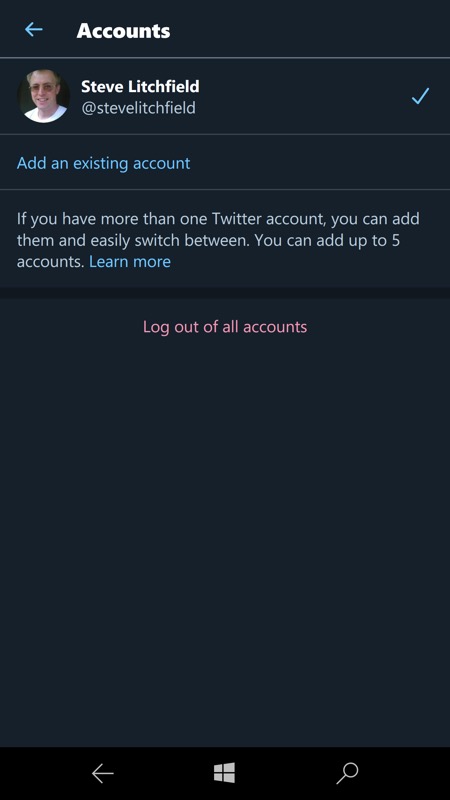 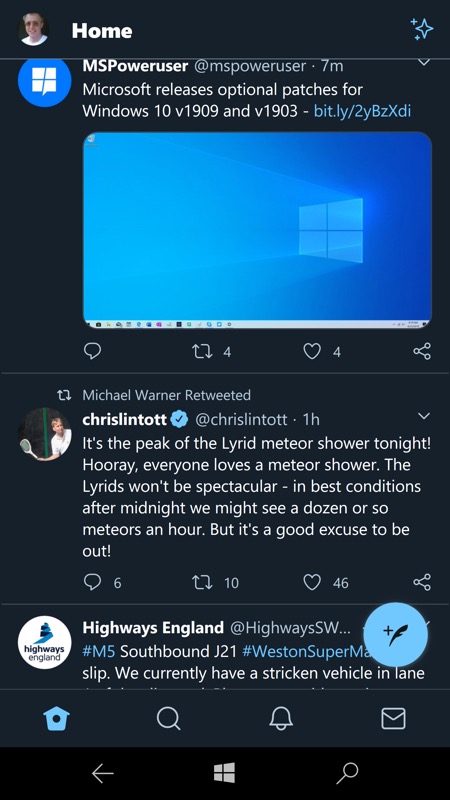 There are a load of UI enhancements when adding and managing multiple Twitter profiles. I only have one(!), but here's how to add another anyway; (right) the main timeline view continues to be refined to look tidy and smooth. Note that all the stat controls are tappable. 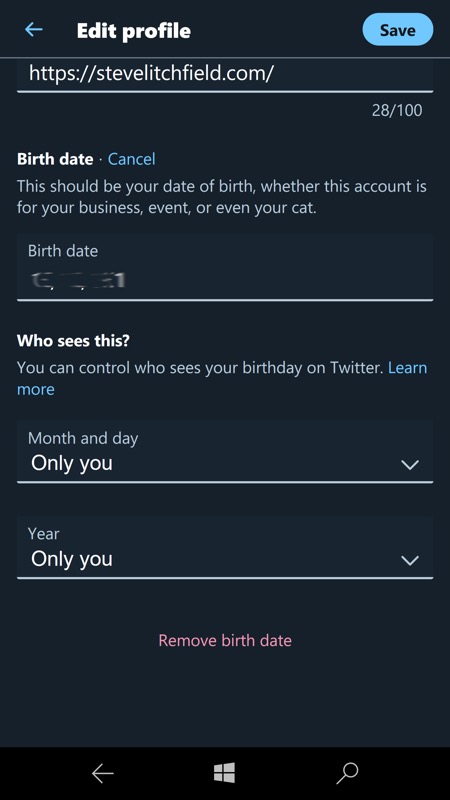 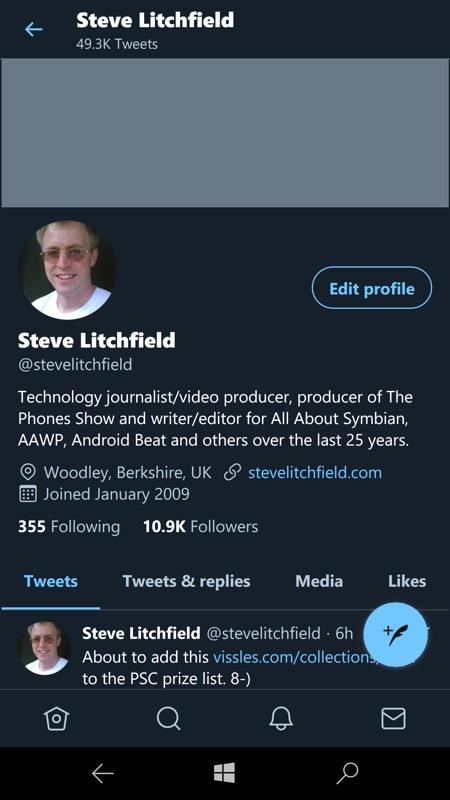 When your birth date is set to 'Only you', it's also hidden when you look at your own profile, presumably as an anti-snooper privacy feature.