It's one of the ironies of Nokia's original oversampling concept for its Windows Phones with high resolution cameras, that quite a few utilities have now arisen to circumvent or avoid using the oversampling at all. Nokia itself didn't help, by issuing an update for Nokia Camera that offered the chance to shoot in 'DNG' format, i.e. RAW, resulting in large, full resolution files, for the hardcore photo enthusiast. And up until now, doing anything with these files required a desktop OS. Enter Rawer, for Windows Phone....

To simplify things, where I talk about the Lumia 1520 below, I mean the 930 and Icon as well, obviously, since these have the same camera unit. In theory, the older 1020 should be considered as well, but I'm not going to recommend this, for reasons which will become clear below (and see the PS.)

The idea behind the 1520's camera then, is that a 20MP (or 16MP, if in 16:9 widescreen mode) image is captured, oversampled down to a 'purer' 5MP version, and then the latter is shared with the world somehow. And, along the way, the user can zoom at capture time or 'reframe' later (much the same, but with a slight quality loss). The 20MP image is only held as a JPG in the background of the file system, ready for reframing if needed, but on most devices this does at least get backed up automatically to OneDrive now, plus you can access it via an appropriate desktop utility.

It's a system that has worked quite well, but some photo enthusiasts were a bit put off by the JPG encoding used at each stage and asked for a RAW output from the Lumia cameras, so that no compression artefacts would be involved. The disadvantages of RAW are that the files are huge and the images themselves very resource-intensive to do anything with on a modern device. But enough people asked about this and eventually Nokia added this as an option to its Nokia Camera application. 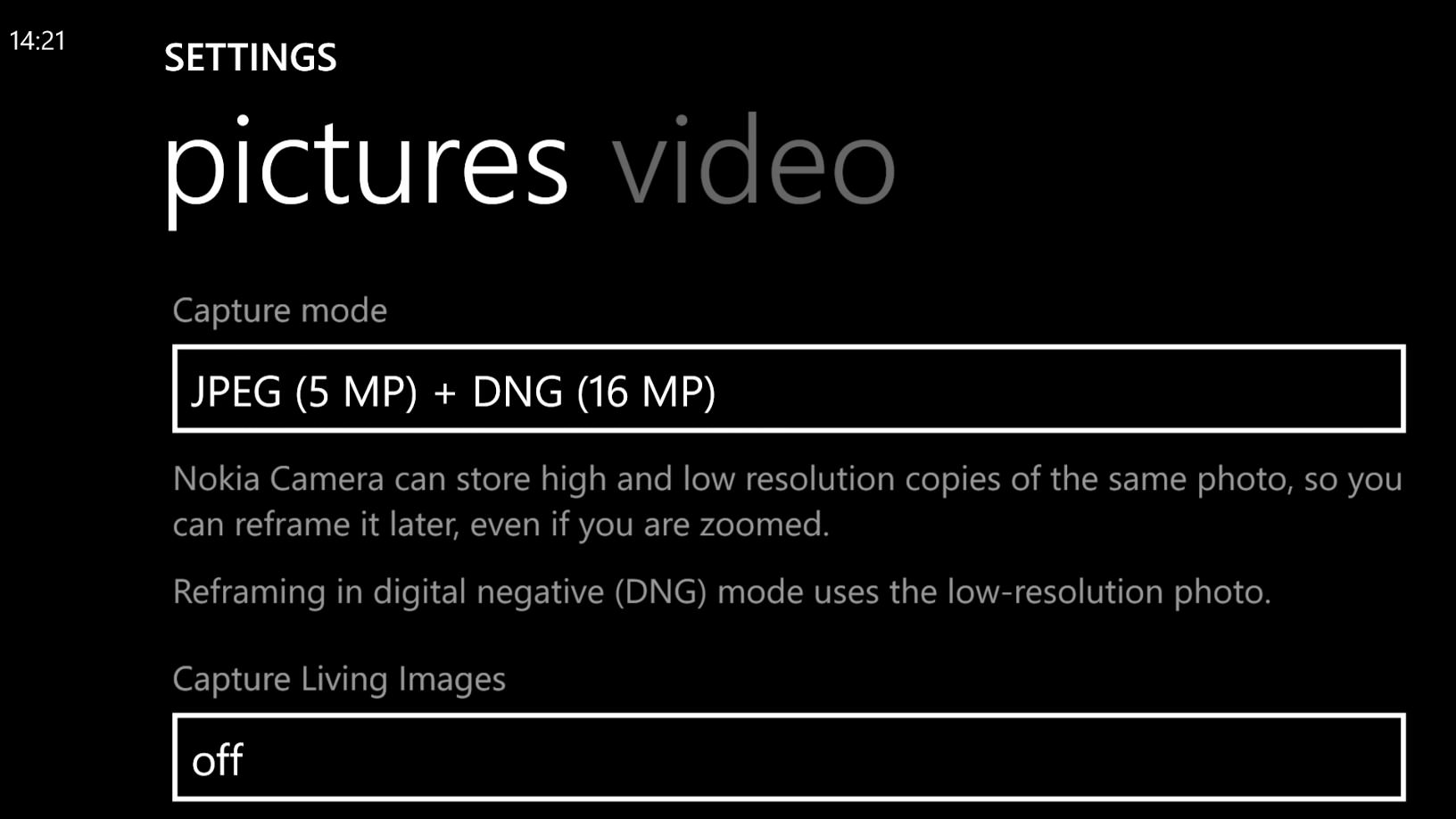 The other downsides of using RAW is that you lose the ability to 'reframe' using the built-in system because there's no underlying JPG to reframe from. On the plus side, being able to work from the raw sensor output (effectively) means that image editing can be performed before any artefact-strewn conversion to JPG. And now Rawer has achieved something which had been thought to be impossible, or at the very least highly impractical.

In fact, it turns out that it is slightly impractical, but full credit to the developer for having a go. And the limitations to the idea aren't really his fault.

The idea of Rawer then, is that it scans your phone/card for any DNG/RAW images and builds thumbnails for each, for you to pick. Any image can then be loaded up for editing (contrast, exposure, brightness, saturation, sharpness, hue, etc.) in the usual RAW editing fashion, complete with handy histograms (if you know what to look for!), before being saved as something that can be shared with others. In other words, cutting out the step of copying across to a desktop and editing there. 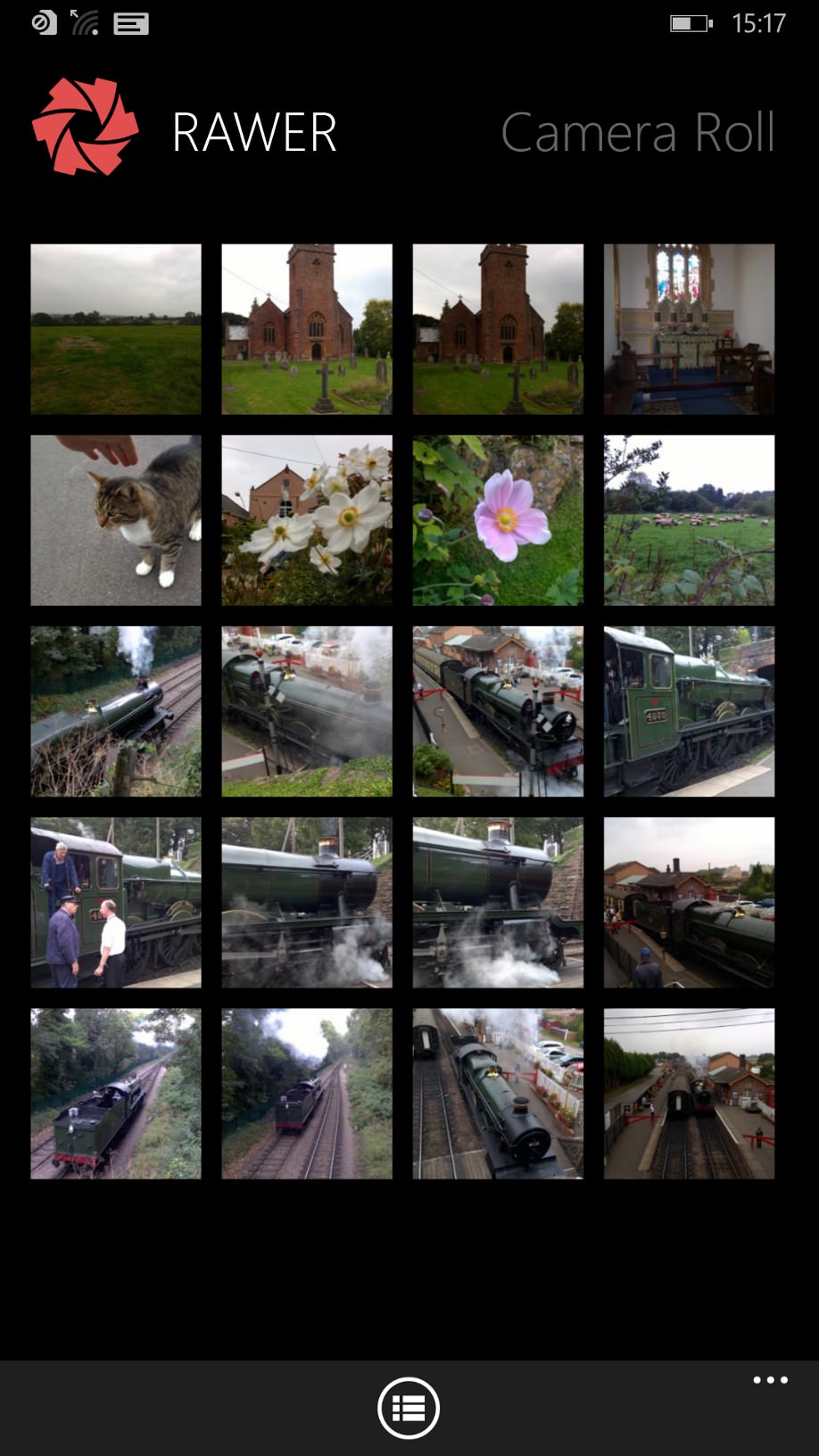 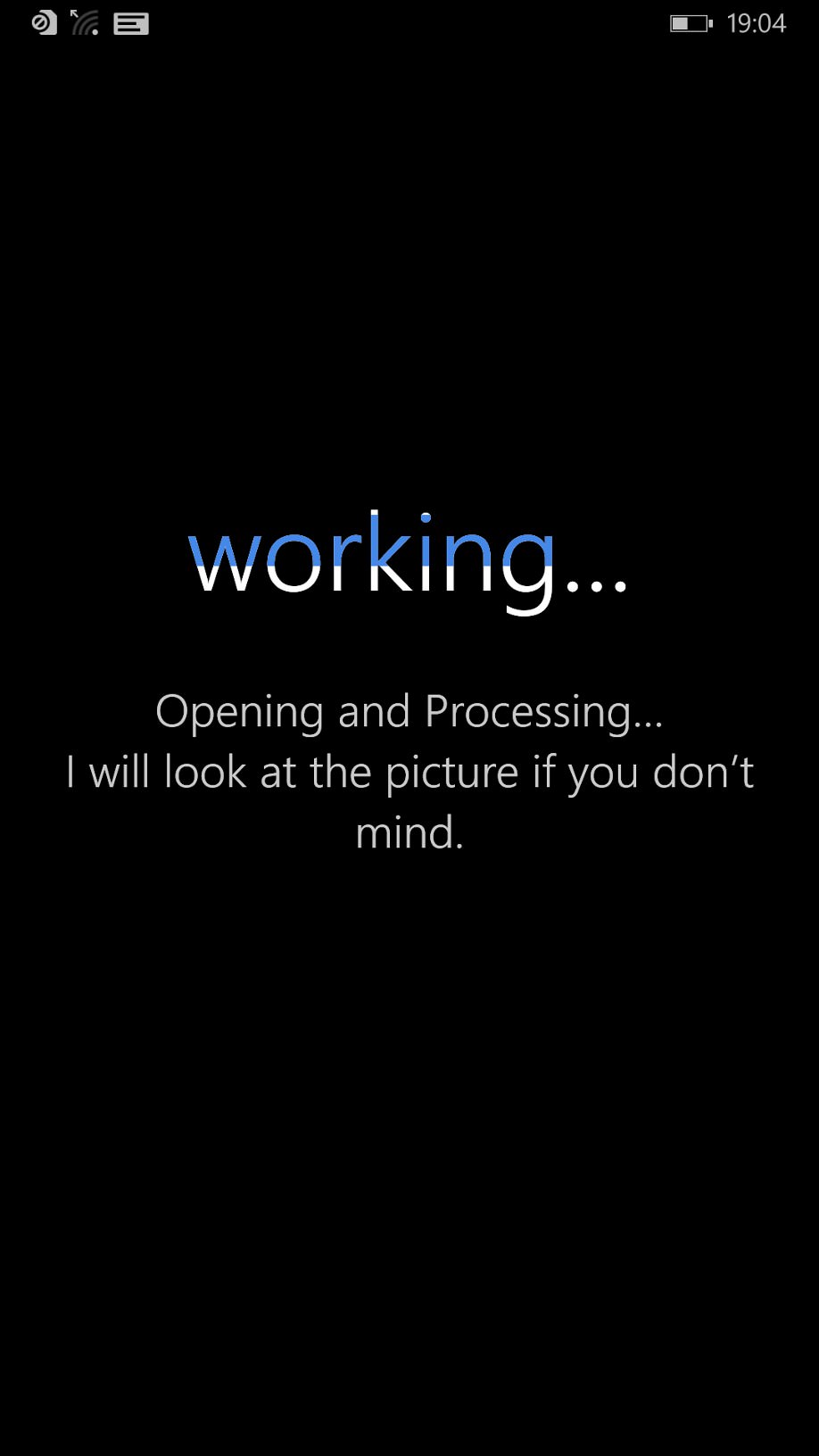 The initial thumbnail view, presented quite quickly; the animated (with numerous aphorisms and tips, presented randomly, while you wait) loading screen, bearable at 10s on the newer chipset, 20MP phones. 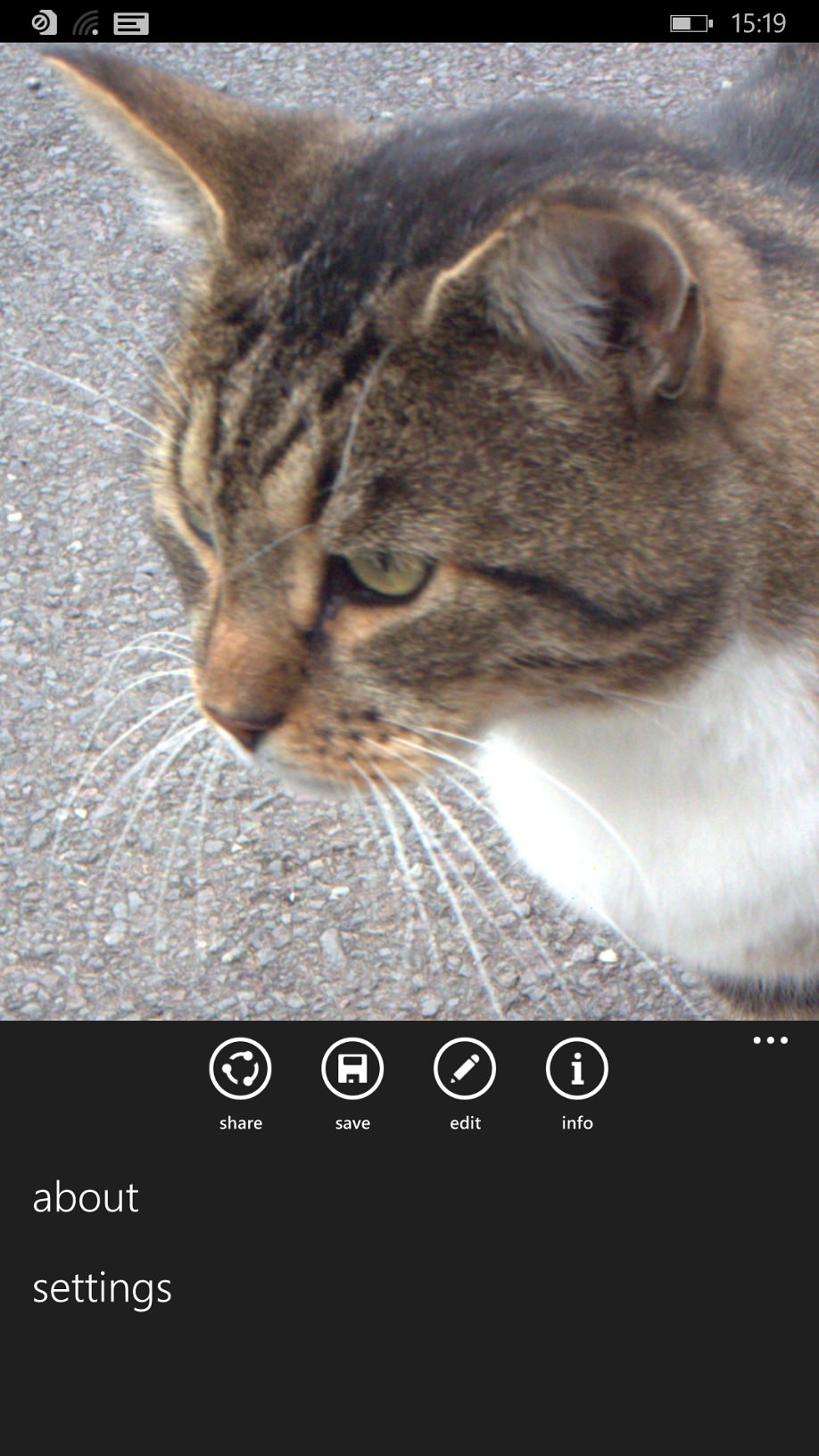 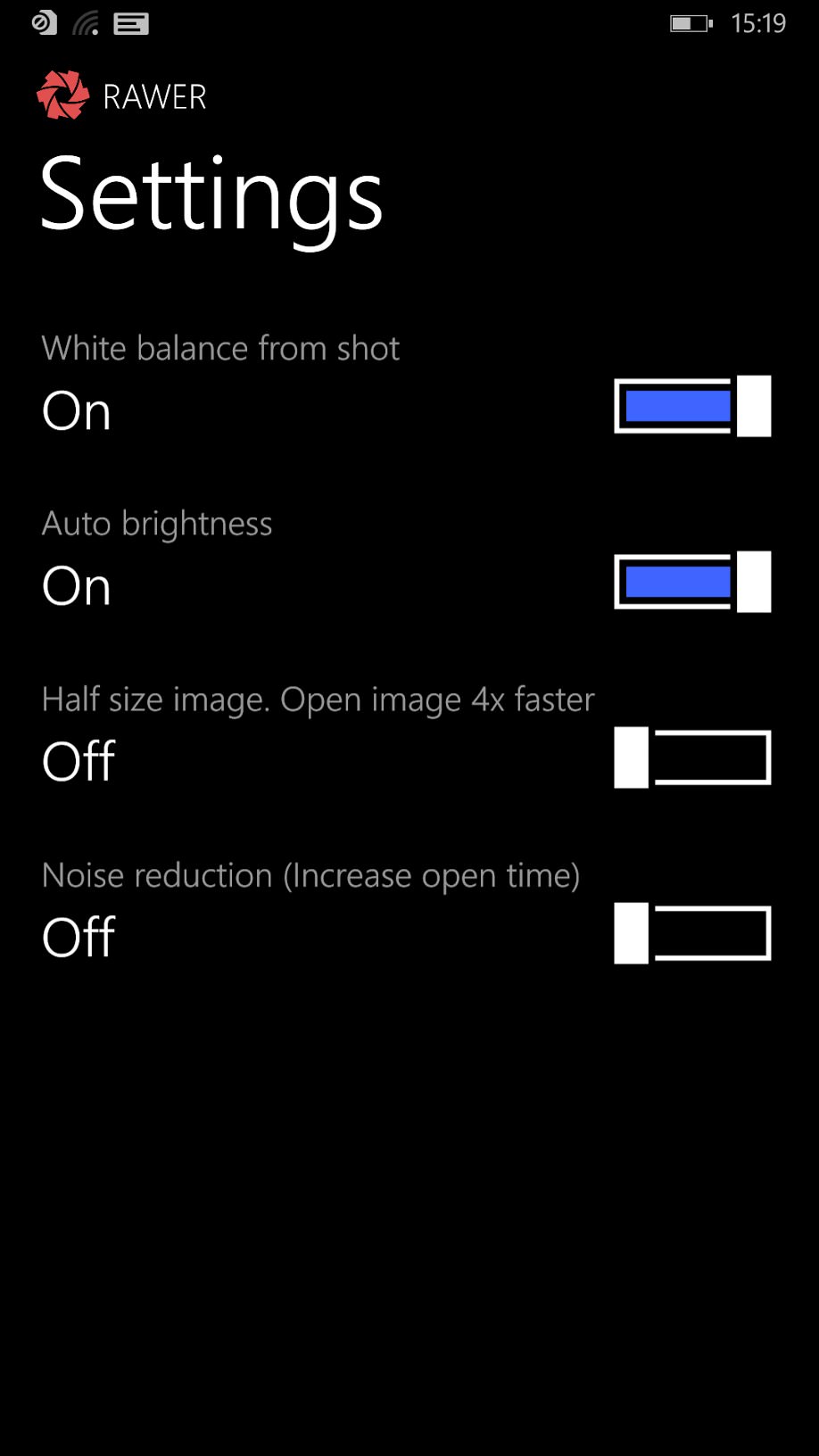 The options once a RAW photo has been loaded into RAM; (right) the Settings pane - by default 'Half size' is turned on, most people will want to work at full resolution, so I turned this straight off, and damn the loading speeds....

And it does work, with a few significant caveats: 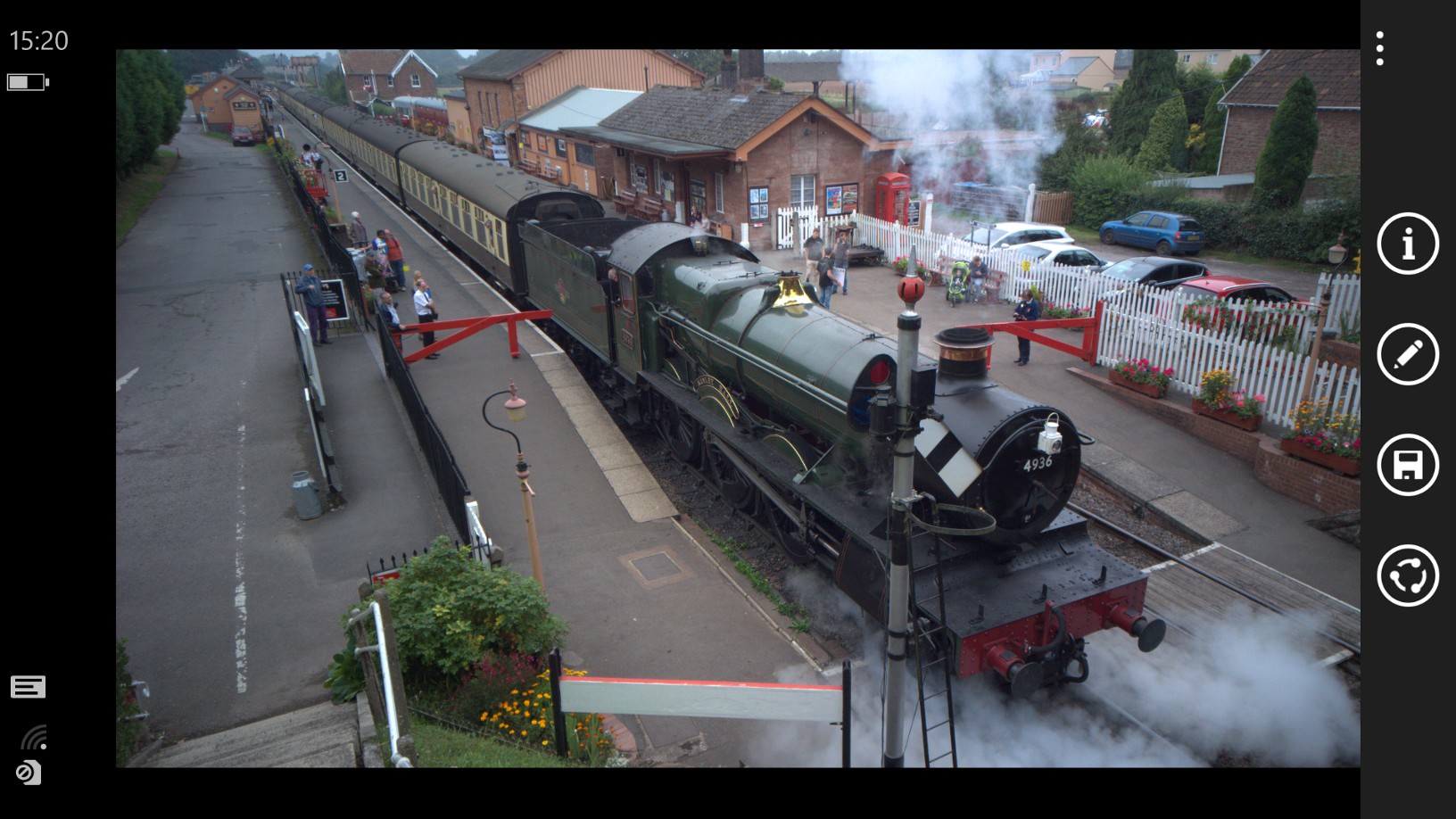 Once into the editor, Rawer also works in landscape mode, as shown here....

In addition, there are some glitches. Having done the initial scan of my phone for RAW files, Rawer defaults to using the 'Half size image' setting, for quicker image loading and rather foiling the point of using the full resolution RAW files in the first place. So, having turned this setting off, it took an application restart in order to accept the new setting and in fact load the full resolution images. 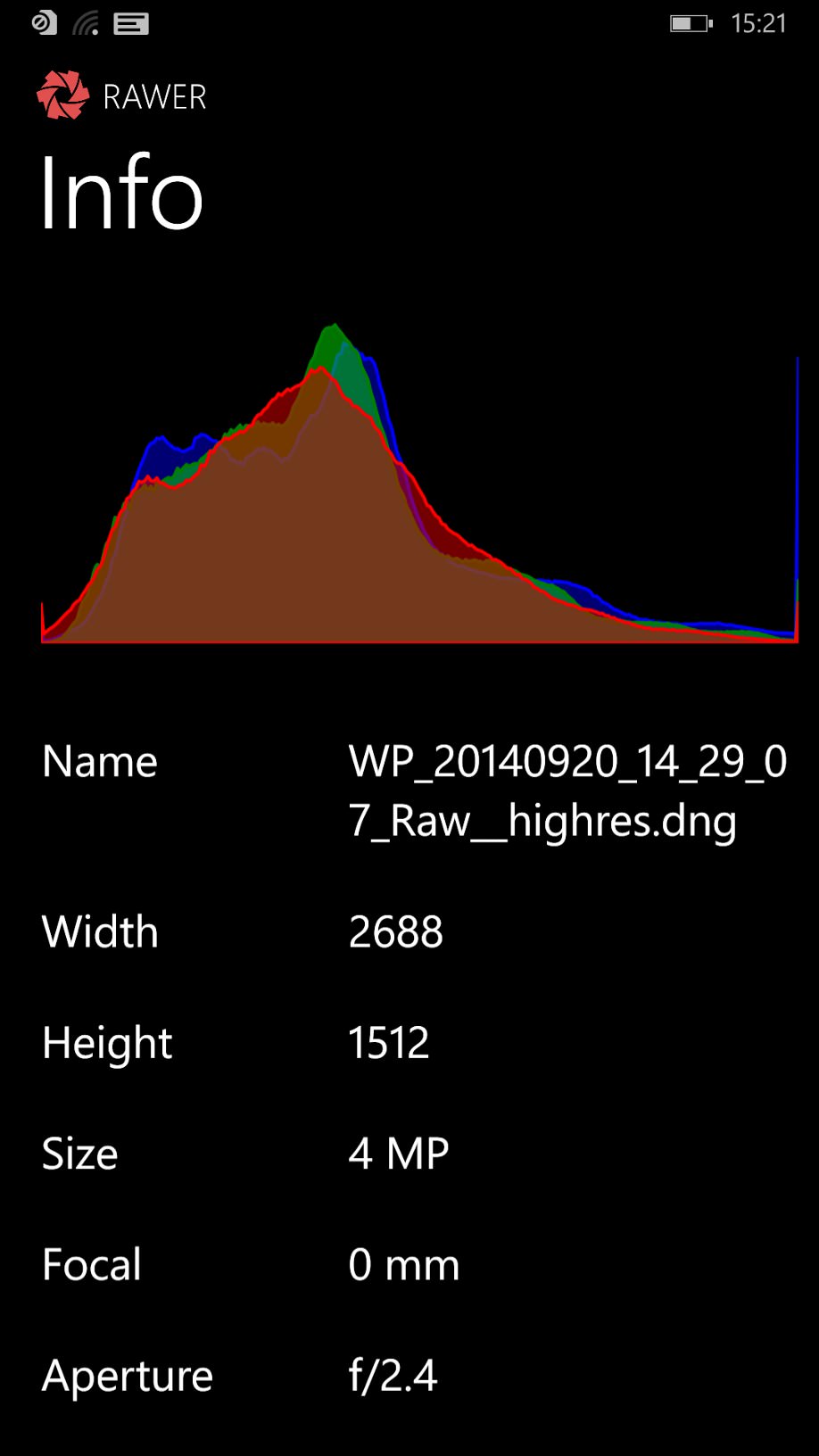 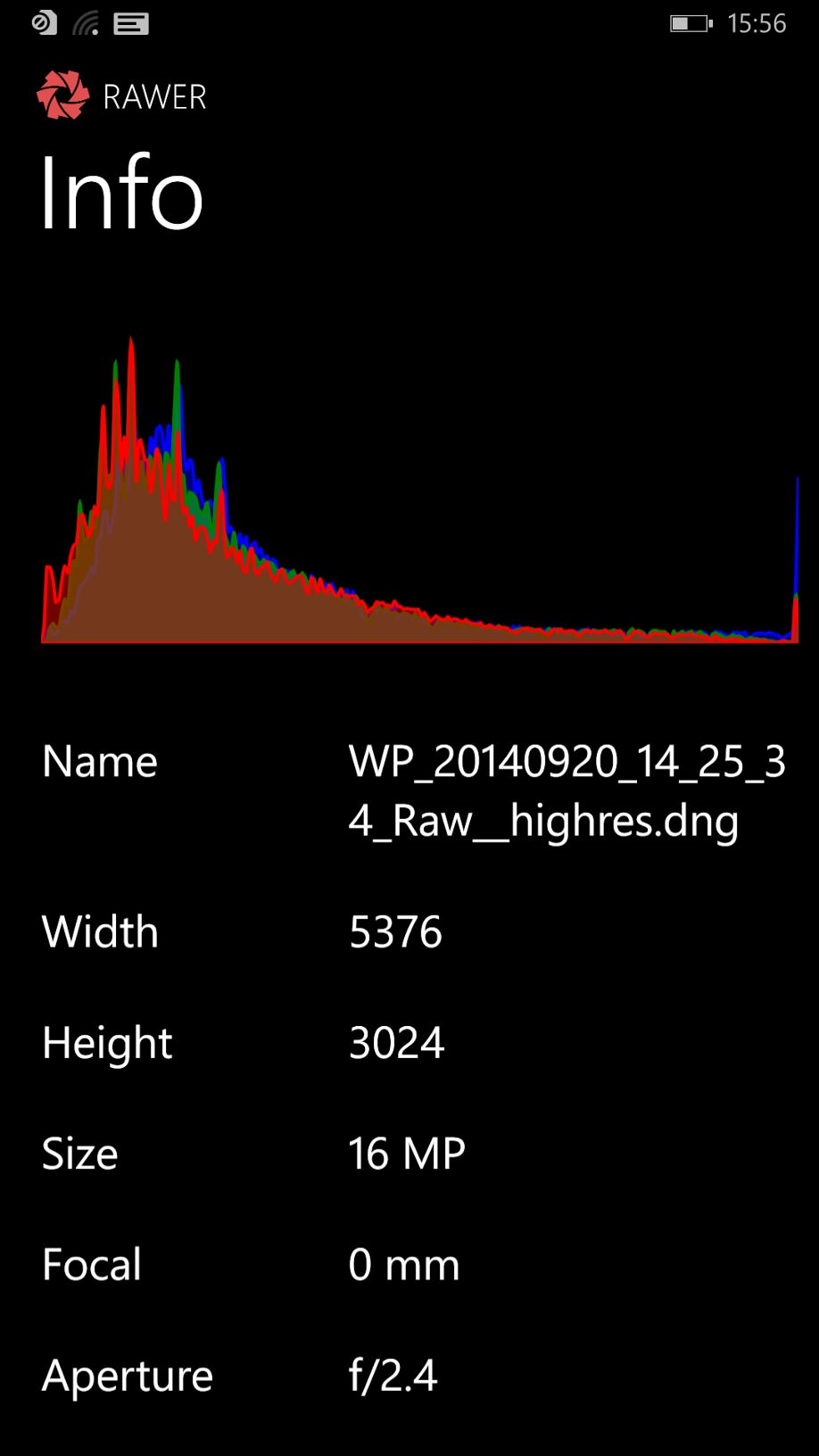 Within the editor, the 'Info' page shows resolutions and the histograms beloved of RAW editing proponents. Personally, I've never found them much use, preferring to use my eyes, but hey....

But, once I'd got the hang of Rawer's slight idosyncrasies, it did work, and I was able to apply combinations of image processing filters to my 16MP and 20MP RAW images and then share these in JPG form via Flickr (Booth) and OneDrive. Was it worth it? Photo purists would argue 'yes', since there's only one JPG encoding stage in the workflow rather than the traditional two (initial image save, then again after editing). But the above caveats aren't exactly trivial - whether Rawer would work for you is very much a balancing act of power versus convenience.

If Windows Phone's email client could handle full resolution photo attachments then the equation might be better balanced, but in my own case I was happier with the standard JPG based workflow, having the reframing flexibility and no waiting around or lost edits.

Rawer is monetised by having the viewer element free and then you pay as an in-app-purchase if you want to edit the DNG files, which is a good way to proceed. And the purchase is currently only a dollar/79p, so it's not going to break anyone's bank. 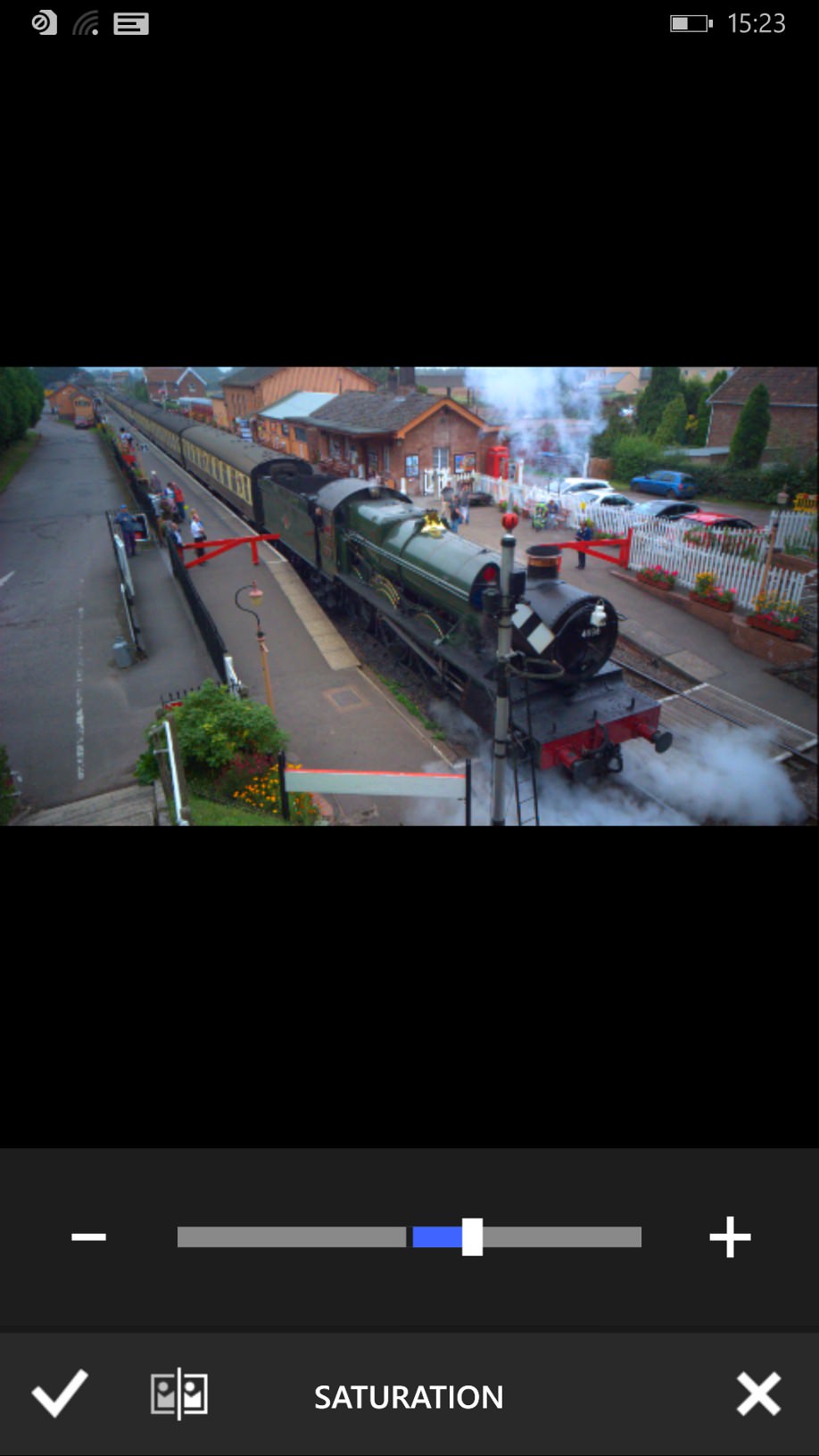 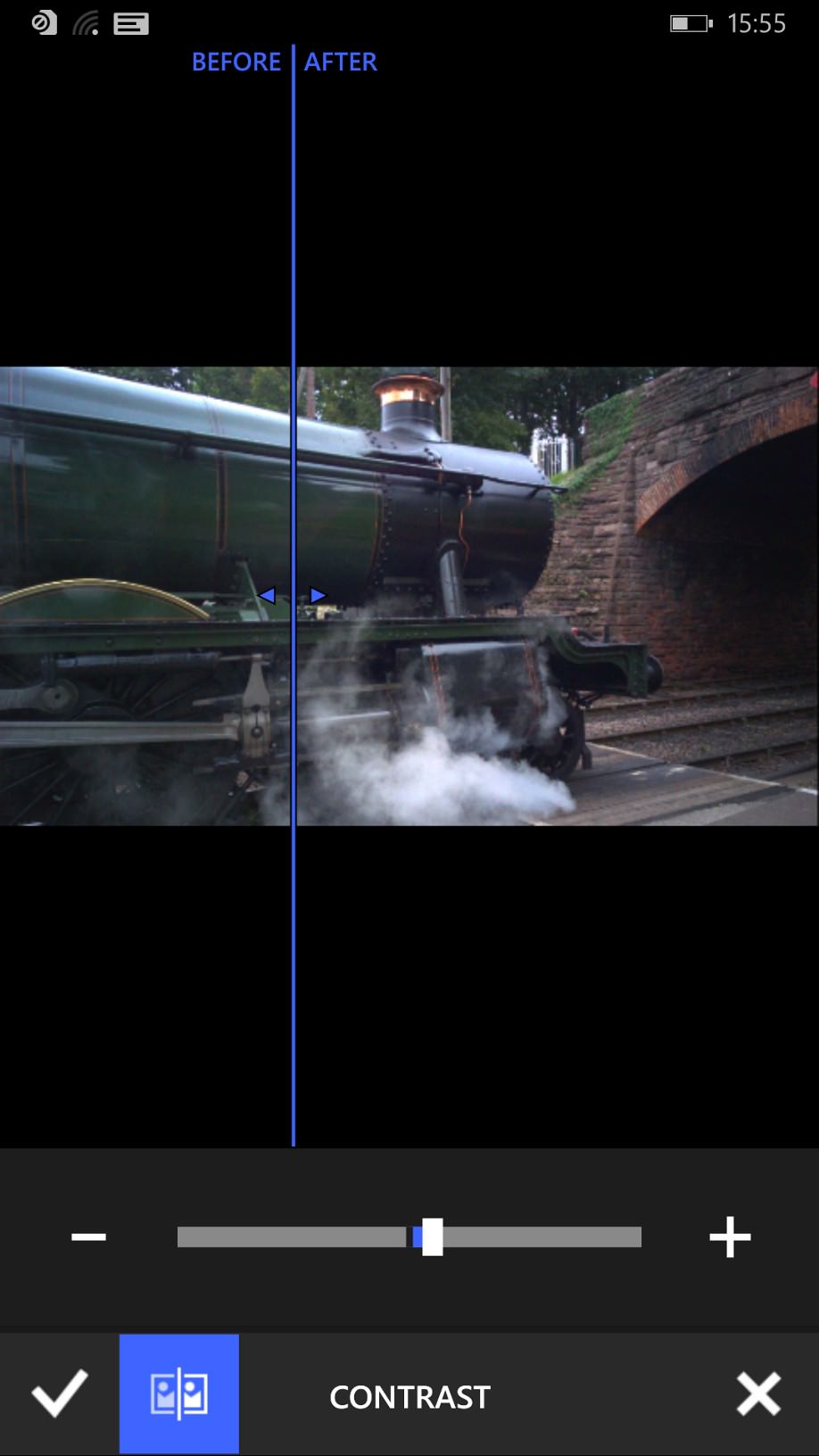 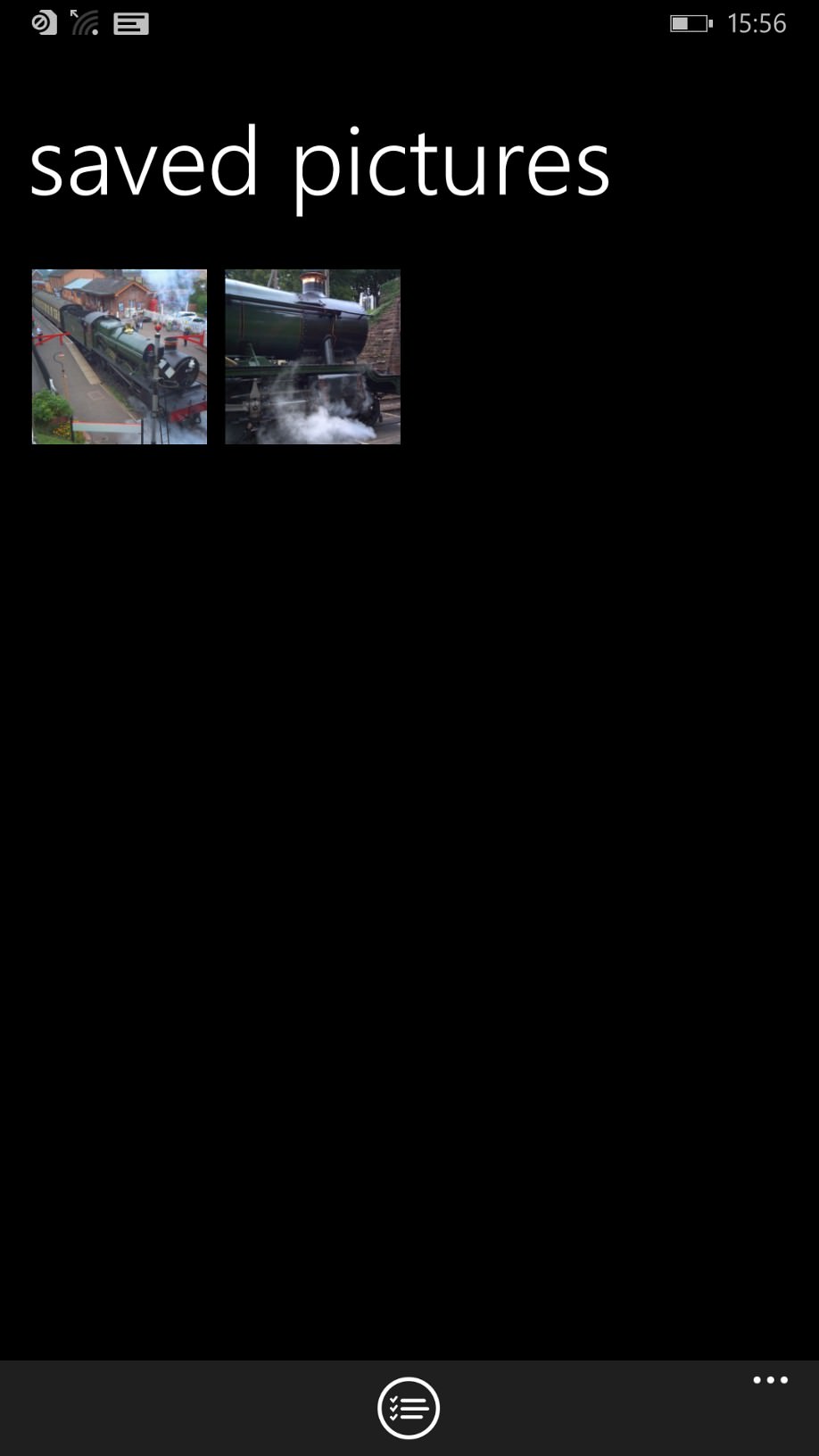 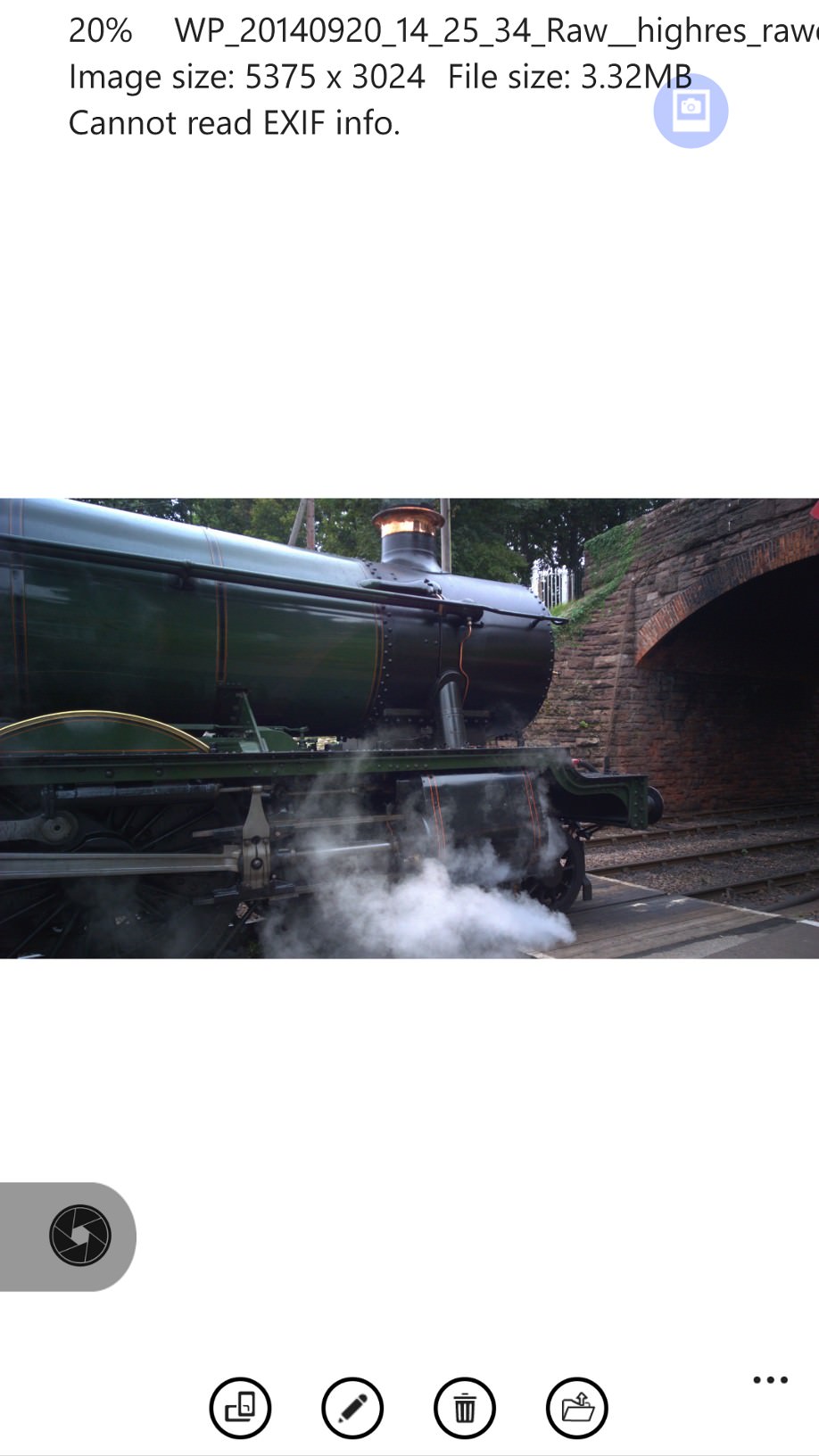 Checking the resolution of a Rawer-saved JPG in HD Photo Viewer 8.1....

Assuming you proceed, the editing tweaks are well implemented, with a simple slider and nudge buttons controlling the current adjustment and an optional before/after draggable bar (AAWP photo comparison-style), though note that this is only for what you're doing right now - after this adjustment, there's no way to do a before/after comparison between the original image and the current multi-tweaked version. 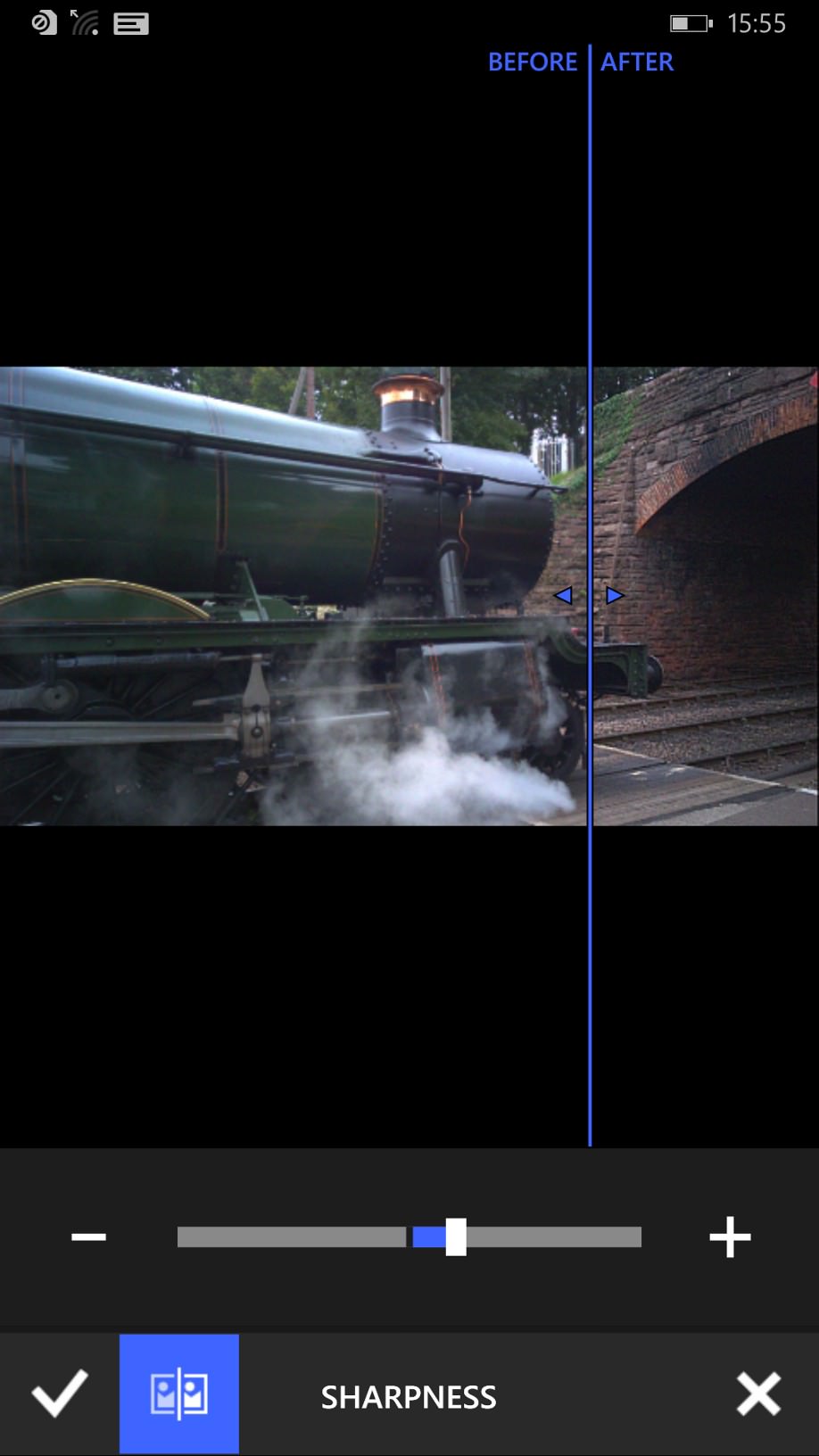 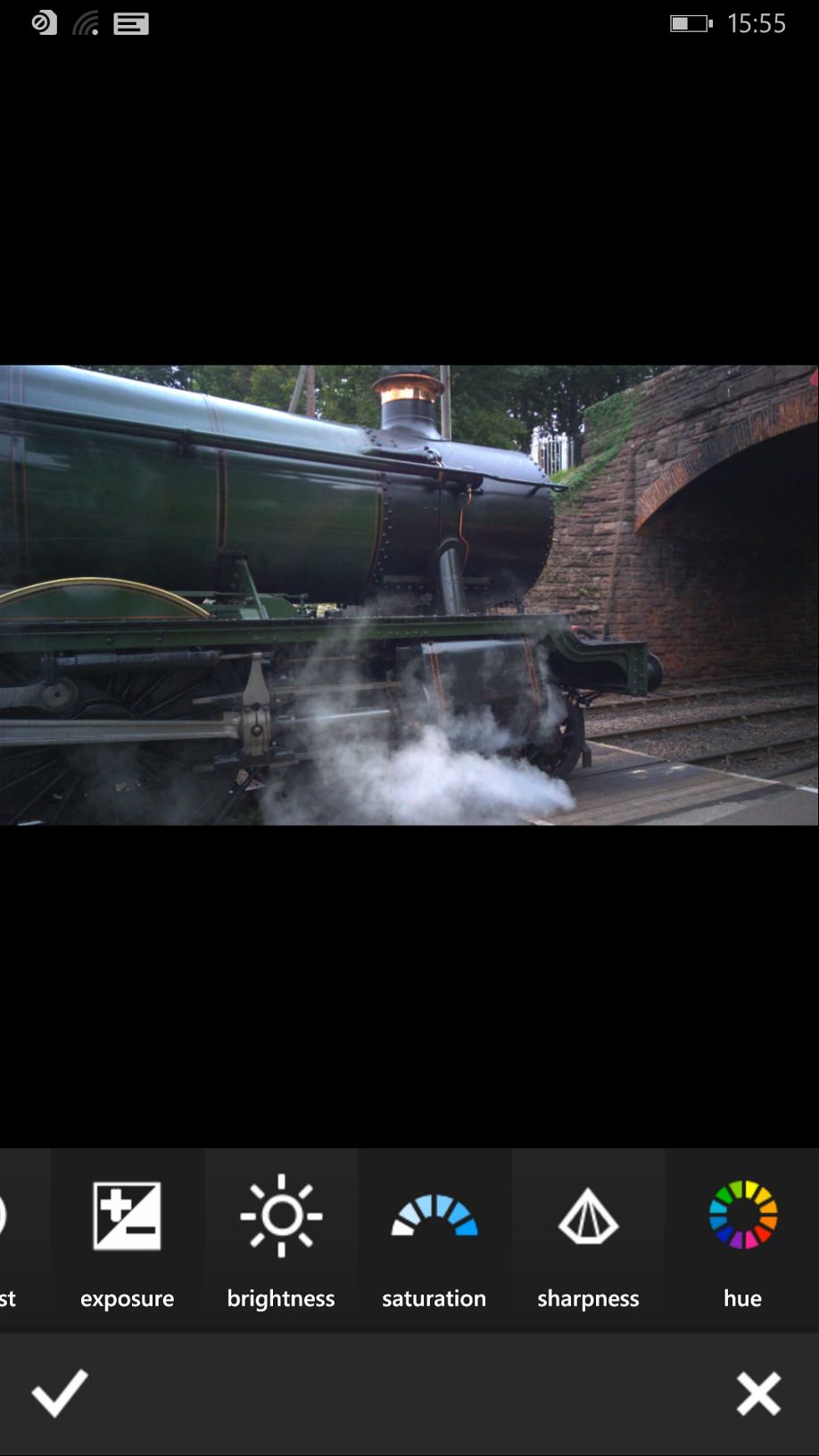 Clearly, some of the above can be rectified or addressed by the developer and updates do seem regular, so Rawer is definitely worth keeping an eye on if you're at all interested in doing something - anything - with DNG/RAW files on the phone itself.

PS. On the Lumia 1020, there are two extra factors, beyond the caveats above, which cause me not to recommend Rawer on the device. Firstly, opening the 38MP DNG file (i.e. larger) on the (much slower) Snapdragon S4 processor is prohibitive - a wait time of up to a minute. Plus corresponding increases in the image processing times for any adjustments thereafter.

Secondly, losing oversampling on the Lumia 1520 isn't a huge issue, since there's not a massive amount going on. But the 7 or 8-to-1 downsampling on the 1020 to produce genuinely jaw-droppingly 'pure' images is definitely worth hanging on to. [Comments welcome if you disagree and do use Rawer on the 1020 - how do you find it?!]