It's a fair cop, this article is unashamedly camera-centric and mainly about a smartphone that runs a rival OS, i.e. the new HTC One (M8) running Android. But what I have to say includes the Lumia 1020 for comparison throughout, does reinforce previous features of mine and points out that the 'exciting' new featues in the camera of this Android flagship are centred around the kludge of all time rather than having their roots in better physics and optics 'done right'. 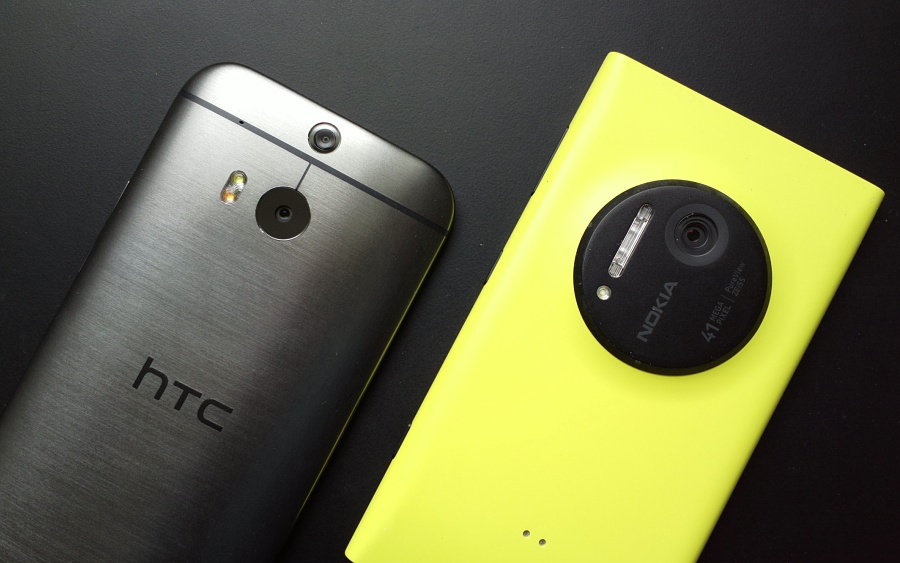 What caught everyone's eye at the HTC One (M8) launch [hereafter just called the M8, for simplicity!] was the extra 'depth' camera on the back, ushering in a new feature called 'uFocus', wherein, with a single shot, you could take a photo and then appear to change the focus later on, in editing.

At which point, anyone with a rudimentary knowledge of physics and optics thought "Eh? That's impossible." Which, of course, it is.

What Nokia did with its Refocus application was shoot a burst of shots at different focal positions and then the user switches between them as needed, with the software working out which shot to use based on contrast from each frame at the spot the user taps on. The system works, but is slow and clunky (nothing in the field of view can be moving at all, for example). I thought at first that HTC was doing something similar (i.e. a rapid burst of photos) and just not admitting as much, but it turns out that the truth is a lot uglier.

What HTC has done is simply take a single photo. And then apply blurring effects to it.

That's it. Acknowledged, there's a touch more sophistication, due to the depth camera, in that the software knows the approximate distance of most spots in the field of view. But there's only the one image taken, with one focal point. There's no magic.

What happens when you go into 'Edit/Effects/uFocus' on the M8 is that the software artificially blurs everything that's not at the same approximate distance as the item in the field of view that you tap on. Think software-based tilt-shift effect and you're not far off. In other words, there's no refocussing going on at all. It's simply a special effect that degrades certain parts of the image and leaves other parts with original detail.

Let's take an example. I shot these daffodils in bright overcast conditions, at around 30cm, with a building a further 3 metres behind and a tree and houses about 30 metres away. This is the original scene from the M8 (I'd auto-focussed on the flowers, of course): 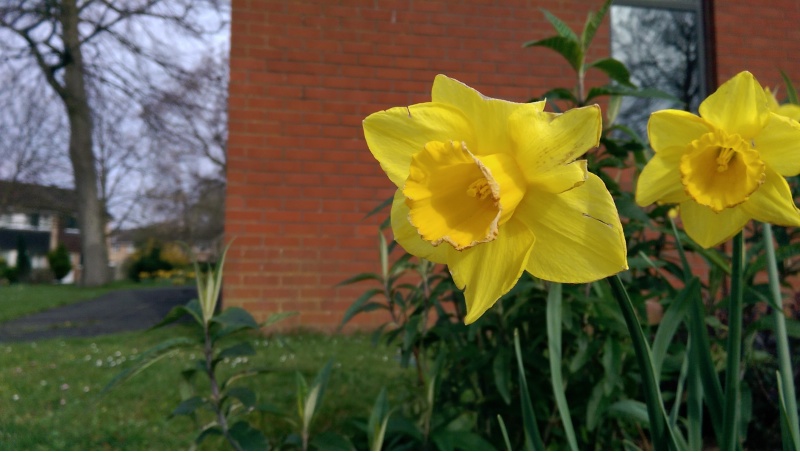 A typical floral 'bokeh' type snap, and, in truth, the photo itself was absolutely fine - the M8's images are up with those from most 2013/2014 smartphones (resolution apart).

But where it gets interesting is if you go into 'Edit/Effects/uFocus' and tap on the tree in the background, what should happen according to HTC's marketing is that the latter should spring into crisp detail, i.e. you've focussed on a different point, the distance.

What actually happens is this: 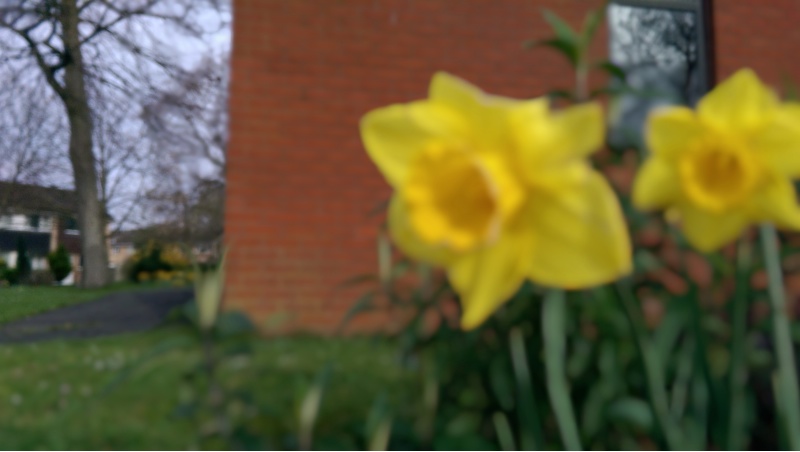 Just for comparison, here's a similar shot (taken a few minutes later, of the same flowers and similar framing) taken on the Nokia Lumia 1020, with far larger lens and sensor and no gimmicks: 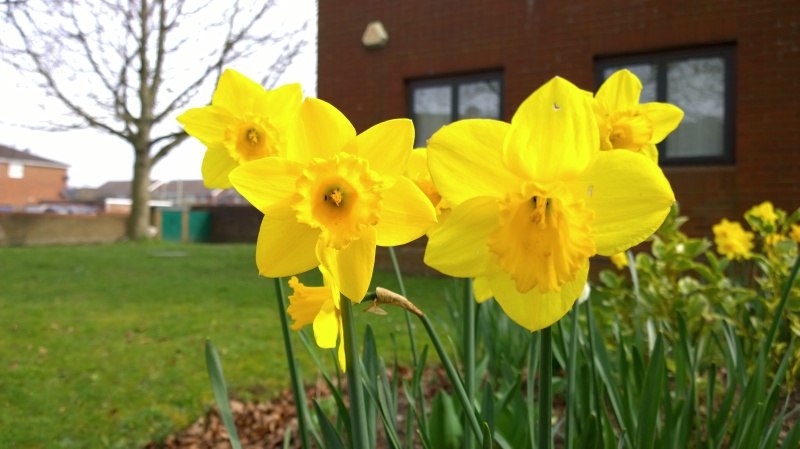 Leave aside minor framing differences etc. Look at the background - the blurring here is optical, as it should be, because of the limited depth of field with such a close focus point (on the flowers).

Looking at the top M8 daffodil shot, the 'bokeh' is less because of the much smaller optics, but the photo is still fine as-is. Just don't try telling me that you can apply a software effect to somehow 'bring the background into focus'.

The M8's capabilities as an auto-focus stills camera aren't in doubt - results are competent (though no more than that) and the focussing and shot to shot times are amazingly fast - just as long as you realise that everything beyond the initial capture is a software effect of some kind and not some kind of 'wonder camera' magic!*

* Shot to shot times are a tiny fraction of a second, making you wonder why HTC didn't go for a multiple photos approach instead. I'd have thought three frames shot within half a second would have made a good competitor to Nokia's Refocus application....

You'll be wondering about a head to head in terms of quality with the Lumia 1020, of course. This is something for a more specific article, but I'll pop up one example, at least. This is a nice path scene (around a lake I often photograph), first shot on the M8: 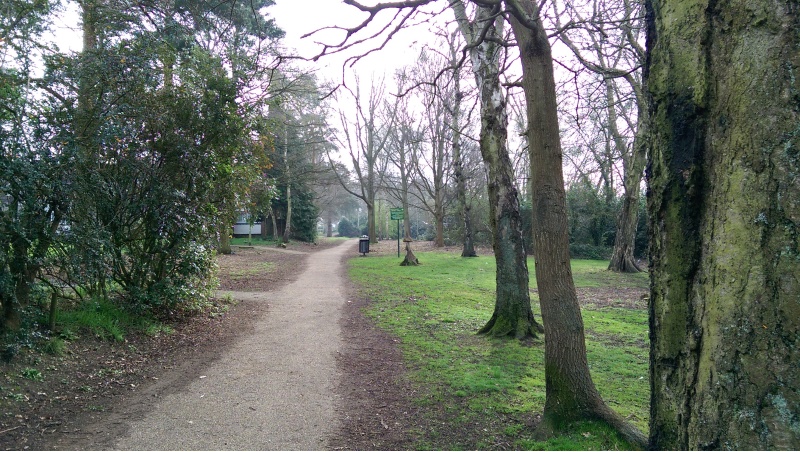 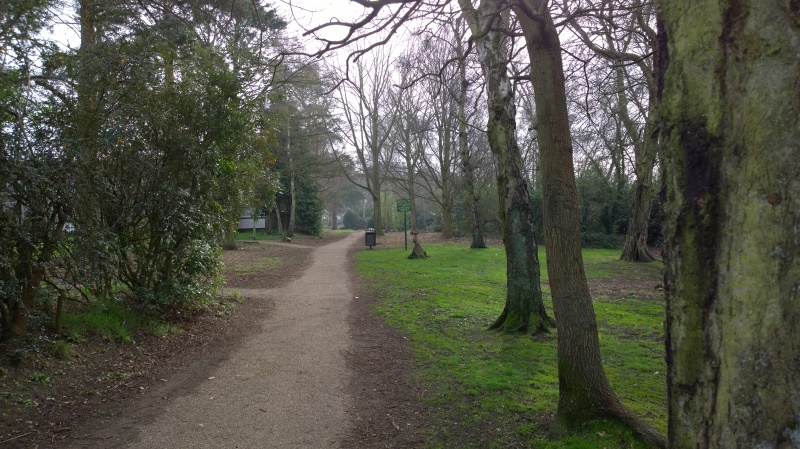 Not too much difference between the two camera phones at web resolution here, though the leaves on the left of frame look a lot more naturally coloured on the 1020's version. 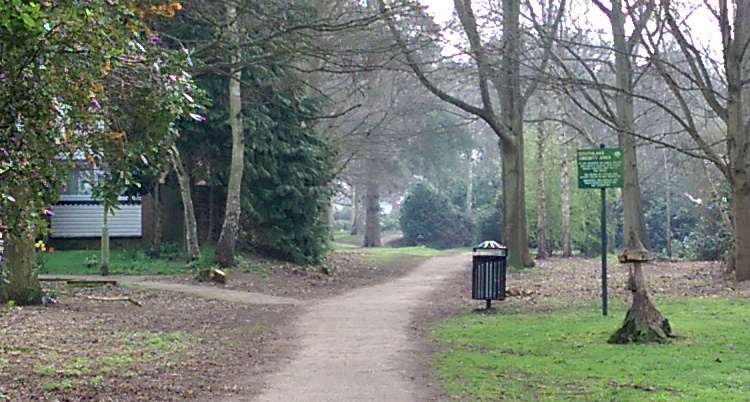 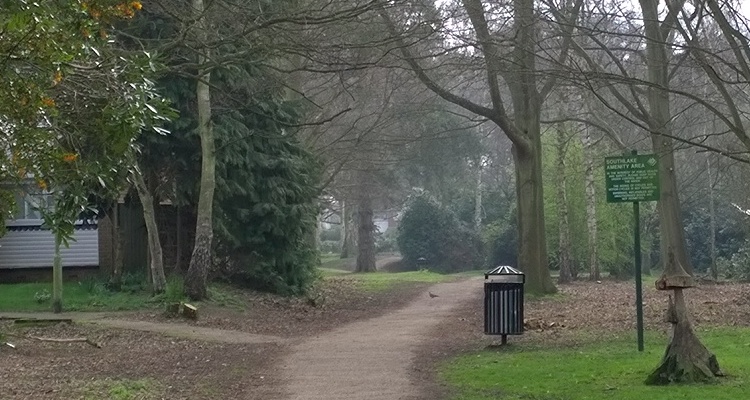 Quite a dramatic difference in terms of quality and detail. Use some of the 1020's 'overhead' in terms of 'zooming later' into the underlying full resolution photo and the sign on the right of the crop becomes (again, the M8 crop is first, then the 1020's, and prepare for your jaw to drop): 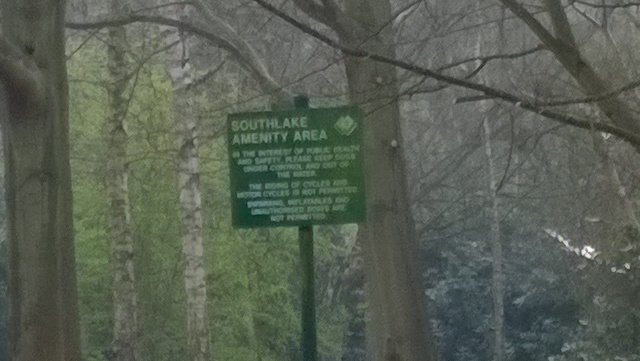 The text on the sign is perfectly readable, even from this distance, and after 'zooming later' rather than the higher quality 'zooming at capture time'.

In short, the camera in the HTC (M8) is OK. But no more than that - its low resolution and (in the M8's case) lack of OIS are only partially made up for by a very fast startup and shot to shot time. Moreover, the gimmicks shown off at the M8's launch are just that.... gimmicks. That will doubtless amuse buyers playing with 'refocus' and '3D' effects.  But let's not confuse any of this as a serious competitor to devices like the Lumia 1020, which remains in a totally different league in every aspect other than raw shot-to-shot time.

We'll have more on the HTC One (M8) shortly, as part of a fuller head to head - we'll have the Galaxy S5 on launch day in April and a 1020/GS5/M8 three way shootout should be interesting.

Here's the thing. With a Nokia Lumia 1020 or 808 PureView, or even a Lumia 920 in my pocket, I have a certain confidence in being able to capture anything that takes my fancy as I stroll through life (somewhat literally, in my case). Whether it's a steam train in swirling mist or a flower backlit by the sun or a butterfly basking on a warm doorstep or a small child doing something unbearably cute or, simply, something striking in terms of colour or shape or texture, if my eyes tell my brain 'Snap this, now', then I'd like to put this into action.

And I usually do, with a fairly high success rate, thanks to the quality of the camera hardware in my always-with-me phone and my own photographic skills and awareness (hey, see also my tutorial).

And from Camera gimmicks help - but for best quality you need a (much) bigger sensor:

But this isn't meant to be a 'rah rah Nokia' article, the key takeaway here is that, however many software and processing gimmicks a manufacturer adds to a smartphone camera, none of them has as much impact as a significantly larger sensor in the first place.

The 'All New HTC One' was leaked yesterday and I was asked if its rumoured dual 2MP/4MP cameras would combine to produce better photos than the 1020 and the 808. I was asked the same, in the past, about the 'clear pixel' camera in the Motorola Moto X and the 'EXMOR'-technology in the Xperia Z1. Whatever the innovations and advances in each new technology, they're small compared to the giant deficiencies in sensor size.

In each case my answer's the same: "Not a chance. Physics wins. Physics always wins."