The relationship between services and mobile devices has been through a few changes over the years, of course. The first iPhones didn't even support third party applications, while Windows Phone is widely perceived to have an 'app gap', despite there being hundreds of thousands of titles in its official Store. In both cases, it's the Web that picks up the slack, for those 'niche' services that may not (yet) have an official offering in the Store.

In fact, as demonstrated fairly recently (e.g. here), the Web is effectively the 'engine' producing the goods for some official applications, with a simple 'web wrapper' interface that requires zero coding, effort or testing for the organisation in question.

Now, the purist in me says that an application should be natively coded and fully tied in with the platform it's running on - such a creation normally ends up smoother and slicker, after all. But I do recognise that for the organisation creating the application for (in this case, the third mobile platform by popularity) Windows Phone, if there's already a fully working, fully secure, fully tested mobile-friendly web site then why go to the huge expense of commissioning, testing and supporting a native application?

Long time readers may remember 'There's a bookmark for that!', with me pastiching Apple's famous catchphrase in highlighting some of the great sites and services available to anyone with a web browser on their phone. Device speeds and browser capabilities have improved a lot in recent years, meaning that mobile-friendly web sites (often the one served up by default when the server detects that you're on a smartphone) can be just as pleasant and functional as the full desktop-aimed versions. 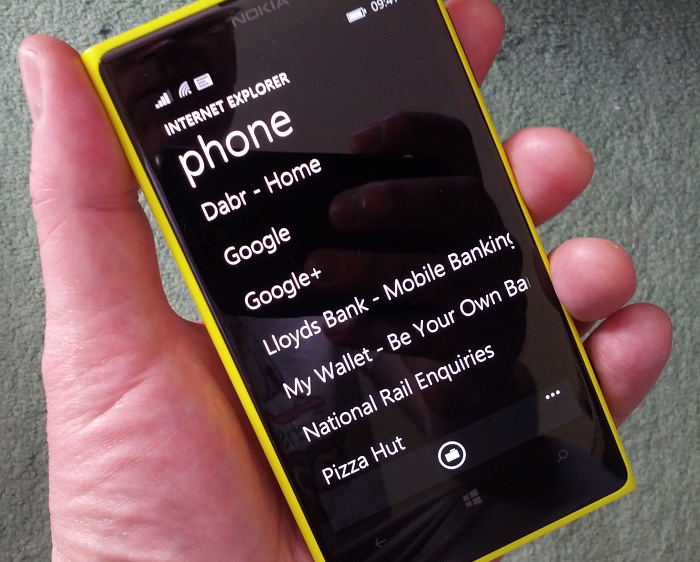 And, with Internet Explorer on Windows Phone calling a bookmark a 'Favourite', it seems that a slightly renamed update of the original feature/concept was in order.  The selection of examples below is more to get you thinking - it's not even remotely definitive. But it does show what can be done through the browser on a smartphone these days, especially when a native application isn't available, for whatever reason. The lack of the latter is certainly not a showstopper.

Of course, there's an official Twitter app for Windows Phone, so what am I thinking here? Think of Dabr, effectively a web transcoder over the full Twitter experience, as an alternative to the main app. It certainly gives a lot more options in terms of appearance and font, plus performance can be better, depending on what you're doing, since you don't have to worry about a local app caching tweets and updating its databases. 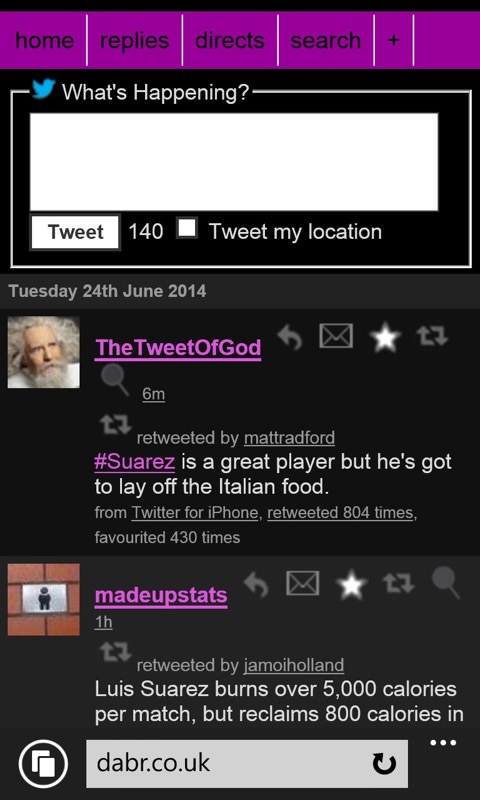 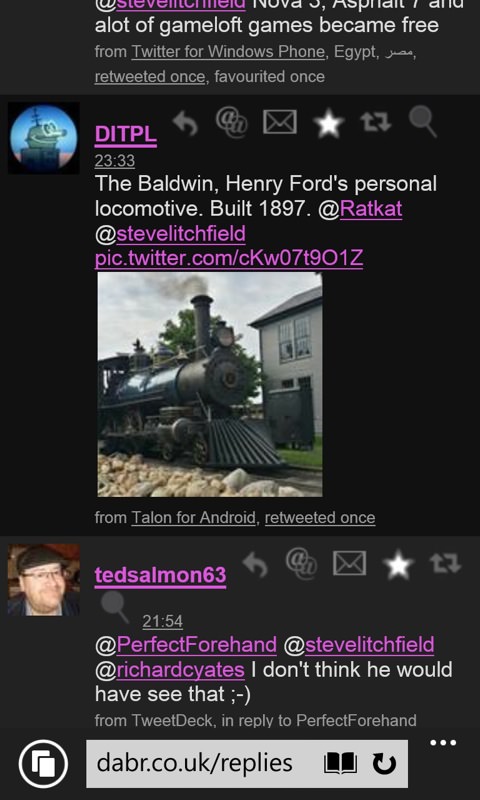 The Dabr 'interface', it's Twitter, but not as you've quite seen it before.... 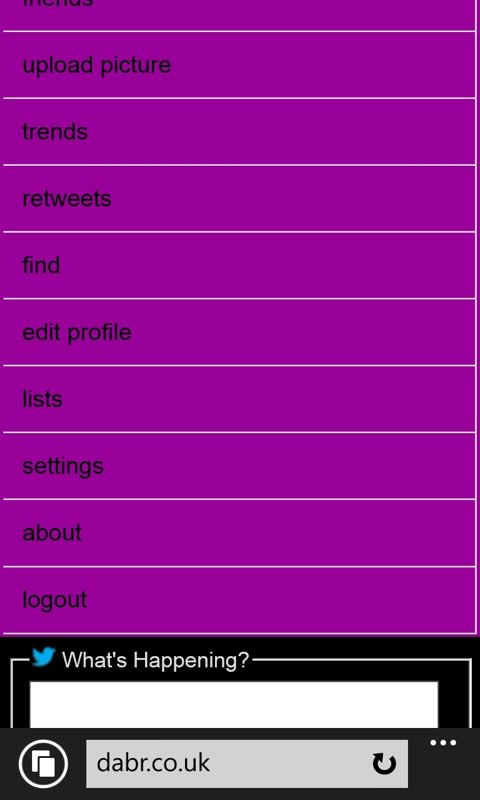 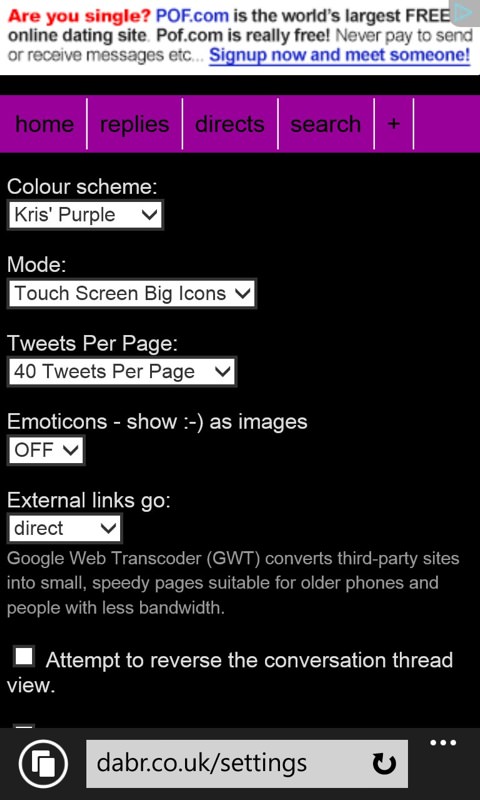 Diving into settings offers, among other things, themes - I rather liked this purple affair on AMOLED screens!

Of course, there's an official Twitter mobile site too, but I wouldn't recommend using this as it's white-only (more power hungry) and, most of all, the font used is quite small - lots of detail is packed in but it's hard on the eyes.

Something that's very 2014: a Bitcoin client, a way of checking your funds and sending and receiving the cryptocurrency. No native Bitcoin or Blockchain client, so again it's off to the web we go, to great effect, with the server detecting a mobile client and serving up suitable pages: 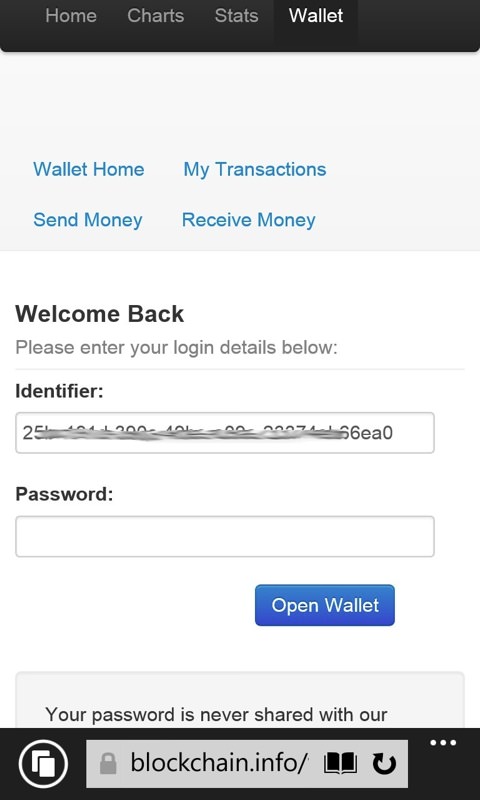 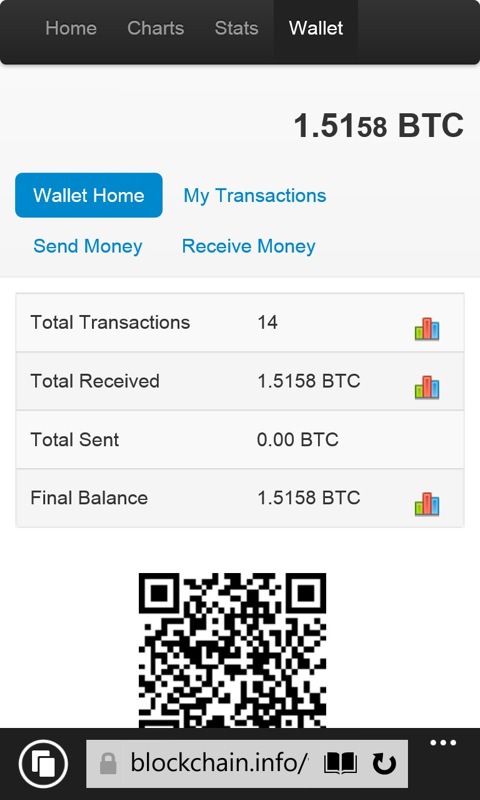 Logging into Blockchain, the most popular online Bitcoin wallet....

Covered a week or two ago, the Pinterest client on Windows Phone IS the mobile web site, with just the Internet Explorer toolbar slimmed down. So why not just go straight to the web site directly, if you're already in MSIE? 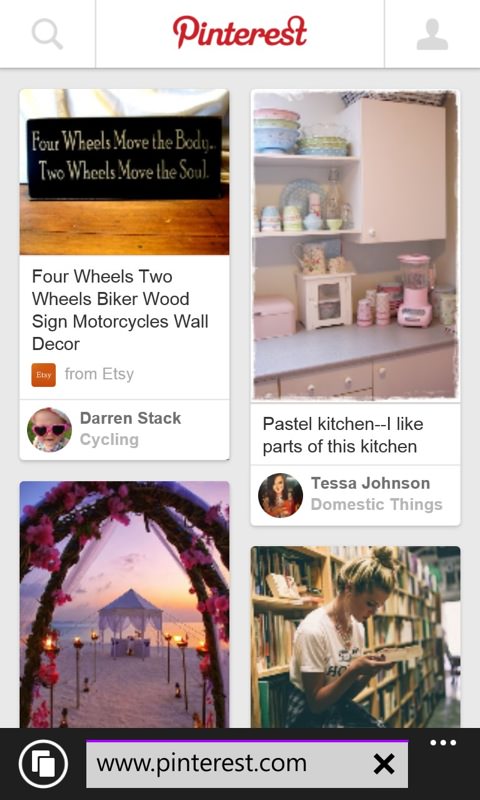 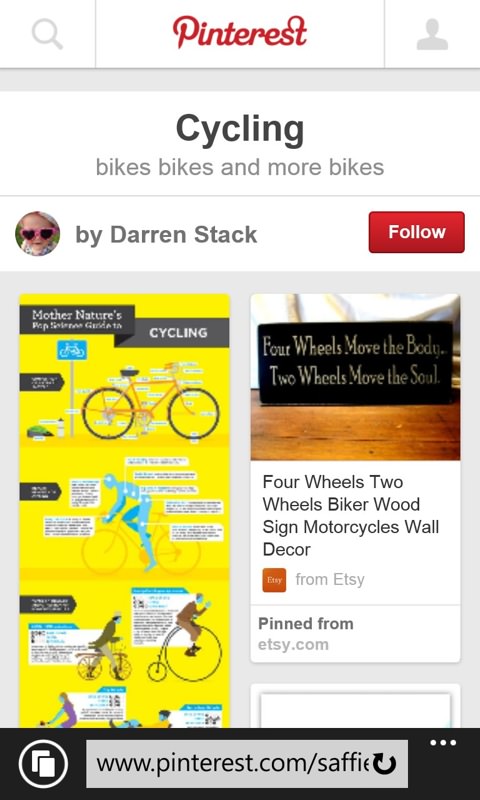 I just can't get 'interested' in Pinterest, personally - and ironically(!) But it's all here, via the mobile site....

OK, this is a UK thing, but I'm sure similar national rail systems/sites exist in your country? 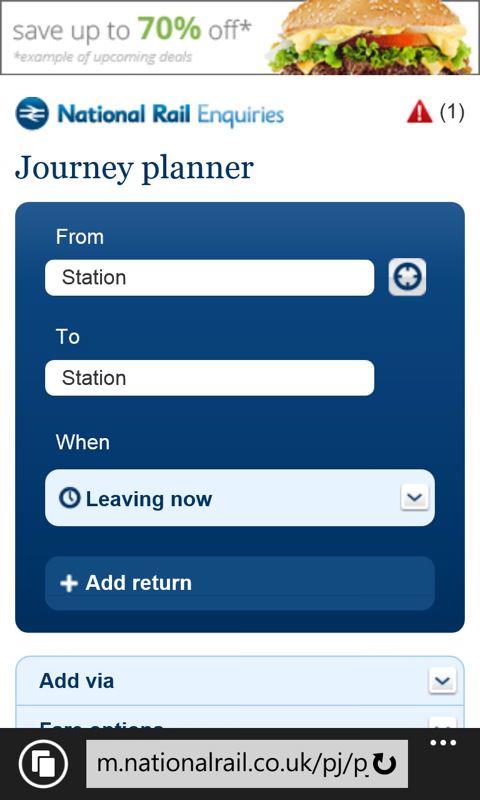 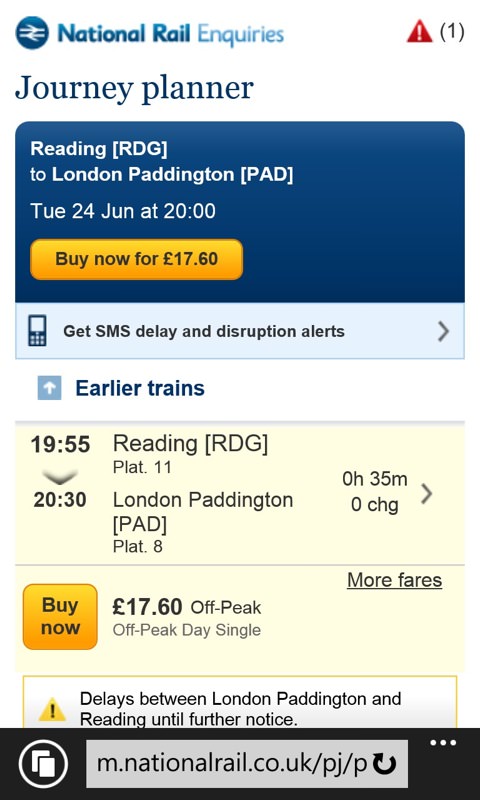 Planning a journey is large, clear and easy, with alerts clearly flagged...

Actually tapping through to buy a ticket is trickier, since the full desktop site is used, so plenty of zooming in and out is needed - but it can be done!

With Google refusing to code any of its main services for Windows Phone (seemingly on principle), the mobile site is the only way in. Happily, the mobile site is pretty good, and only arguably marginally slower than a dedicated client (depending on connection speed). 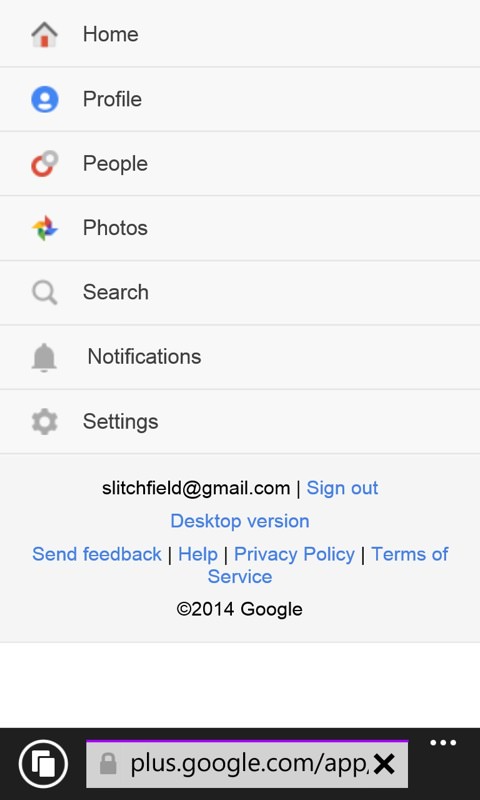 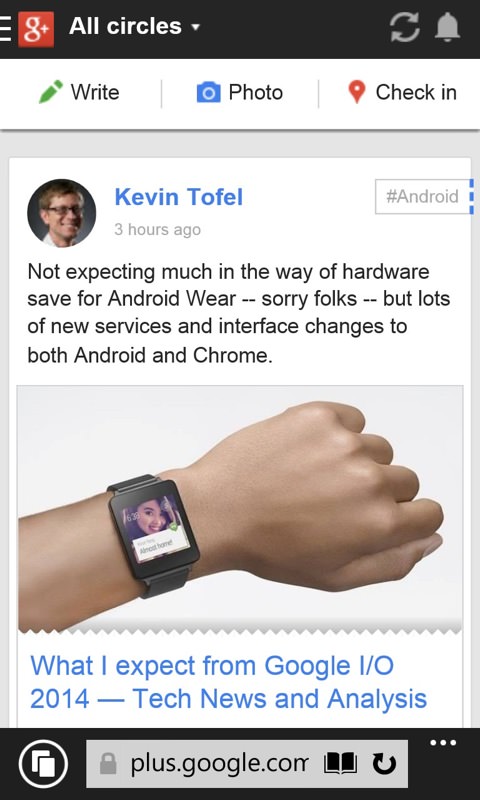 The main UI is similar to the app on Android, with a tappable spot top-left, which brings up an overview/menu. Meanwhile, you can browse posts, filter by circles, and generally post stuff yourself, all from Internet Explorer. 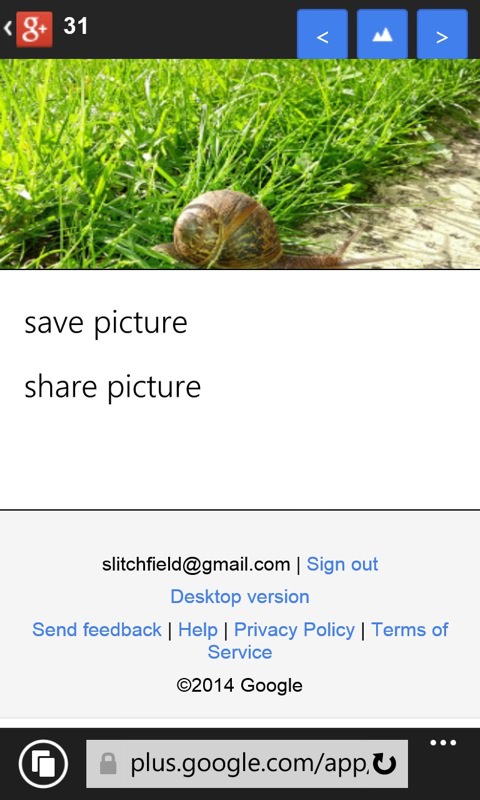 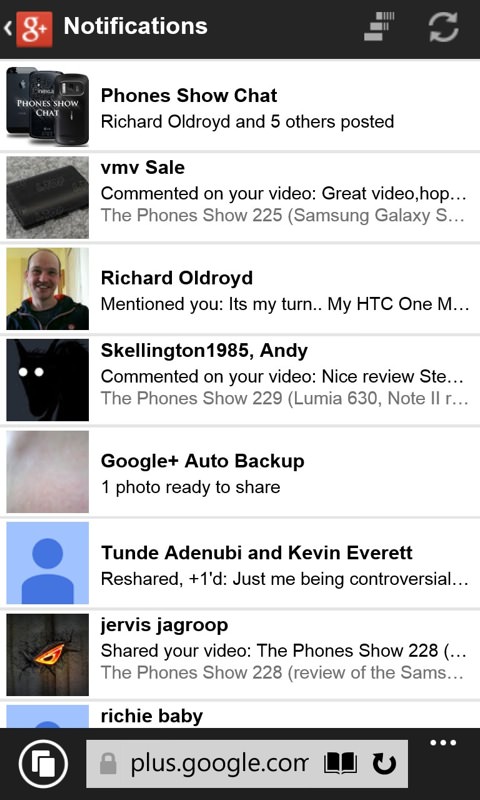 Browsing through my auto-backed up photos (from Android devices), saving one, and (right) checking out my Google+ notifications.

Having this doesn't fully make up for the lack of a proper Google+ client - but it's close at times!

Taking the example of my own bank, Lloyds in the UK, it's a great case of using all the security and maturity of the web rather than coding for mobile natively and risking a vulnerability creeping in. 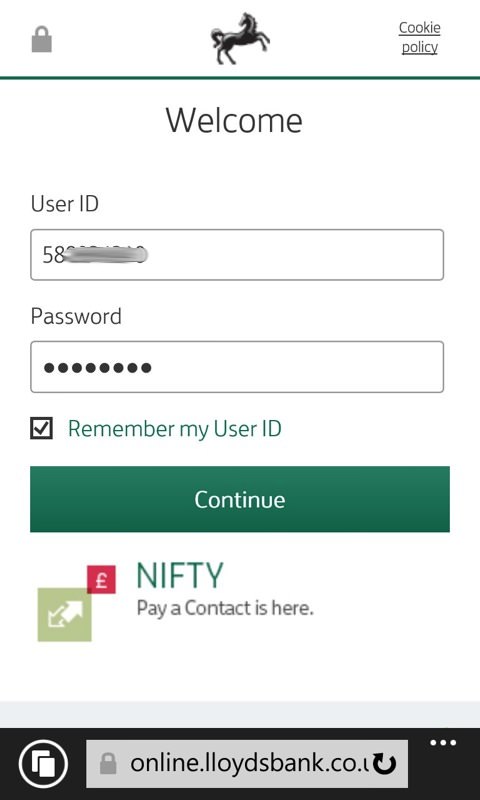 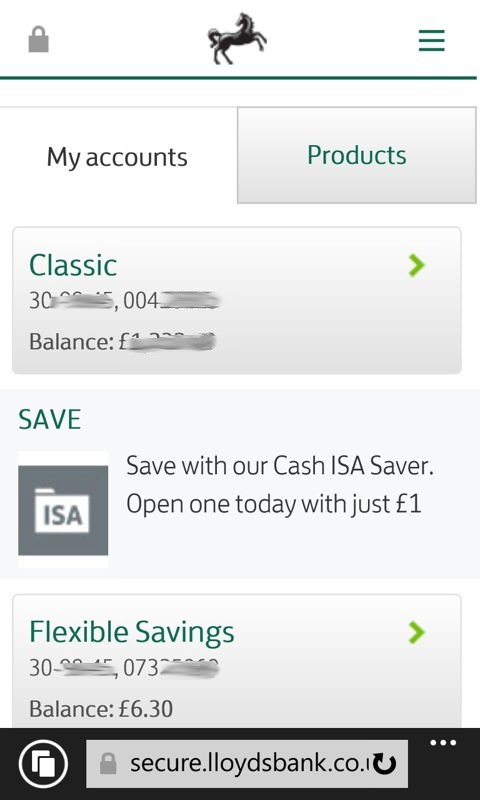 Logging into online banking and working with my accounts...

You'll have your own banking site and requirements, but I'd be surprised if there's not a fully functional version that works in MSIE on your Windows Phone.

There are, in fact, several very good third party YouTube clients for Windows Phone, in the absence of an official Google version, but there's still a lot to recommend the official mobile web version - it's very fast, is guaranteed never to lose compatibility and can be accessed on any smartphone. 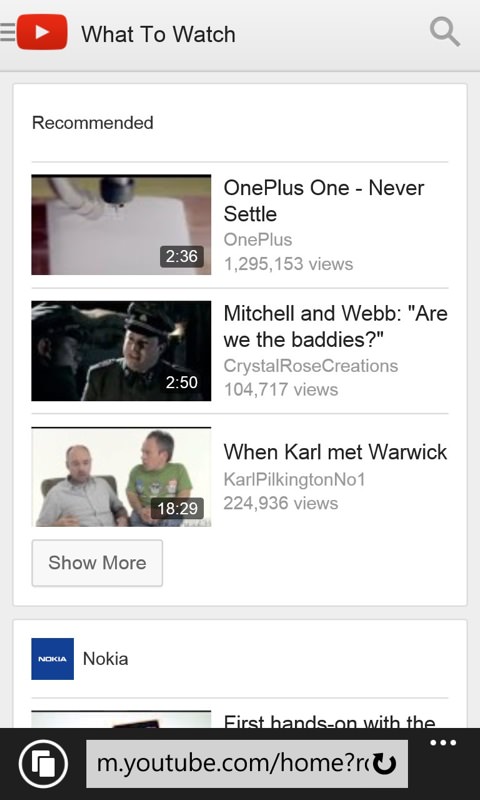 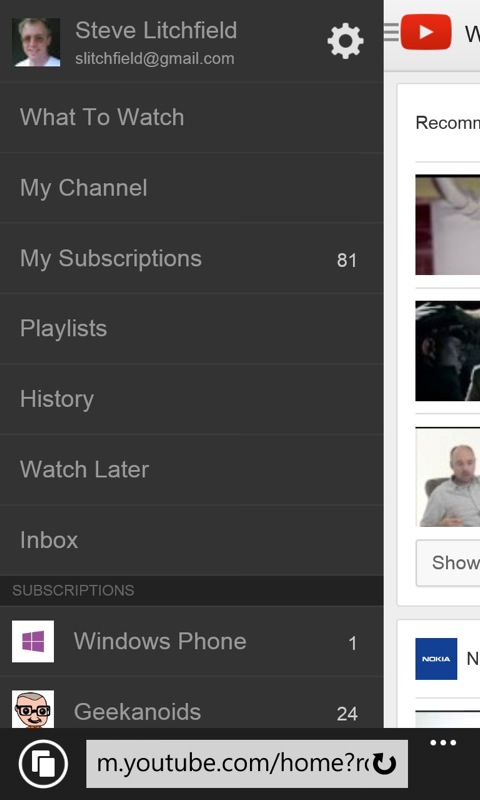 Logged into Google/YouTube, all your subscriptions and favourites (etc) are immediately available.... 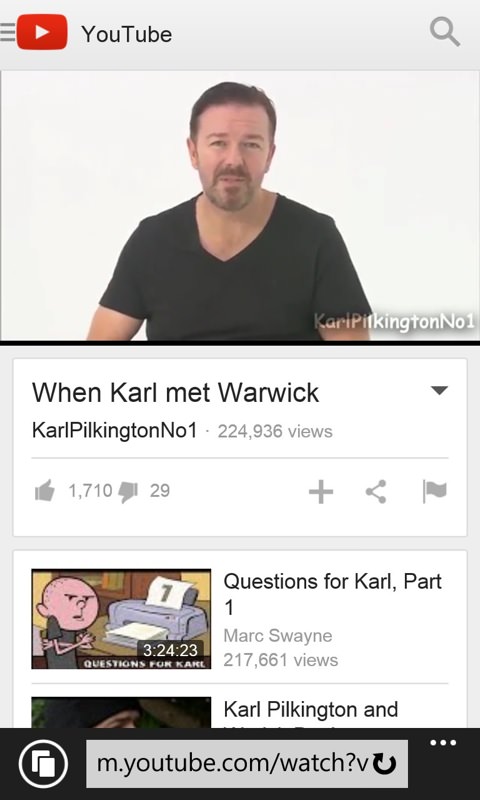 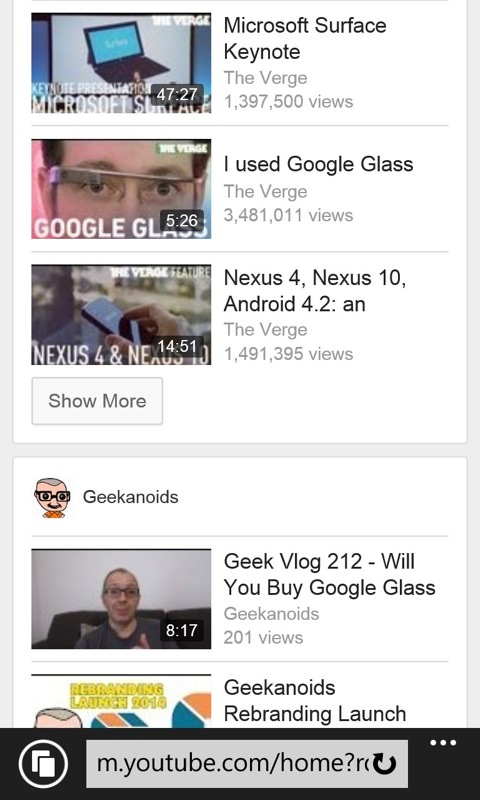 Tapping through to watch videos (tap on full-screen after starting to play and rotating the phone gives the full landscape playback experience) and browsing my favourite YouTube channels....

One of the most recent services to get an official 'application' which is actually just the mobile web site, again I point to the URL and experience here - what more do you need? You might need to vary the URL for your country, of course! 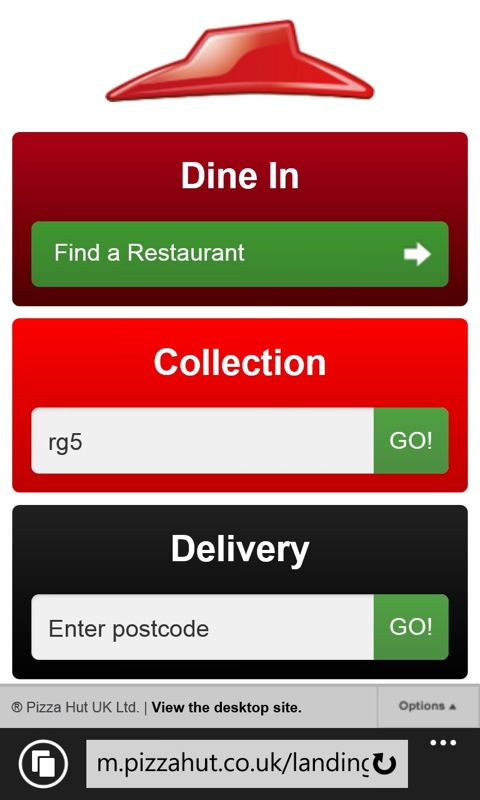 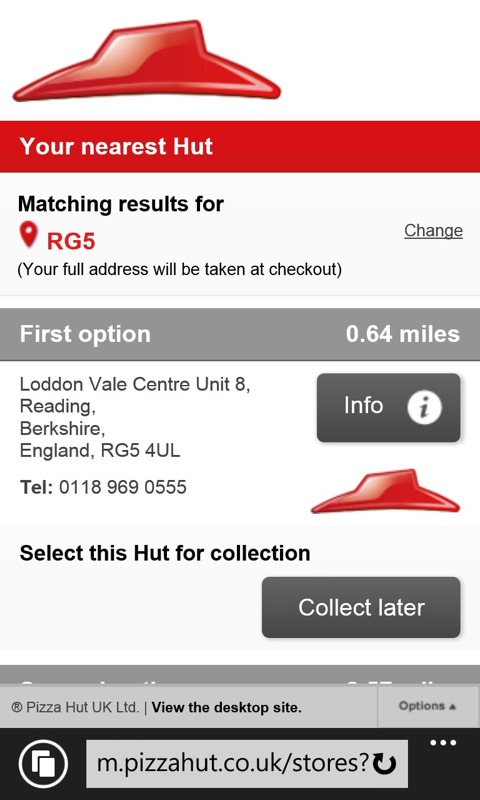 The workflow is obvious - find your nearest 'hut' and then start the online ordering process... 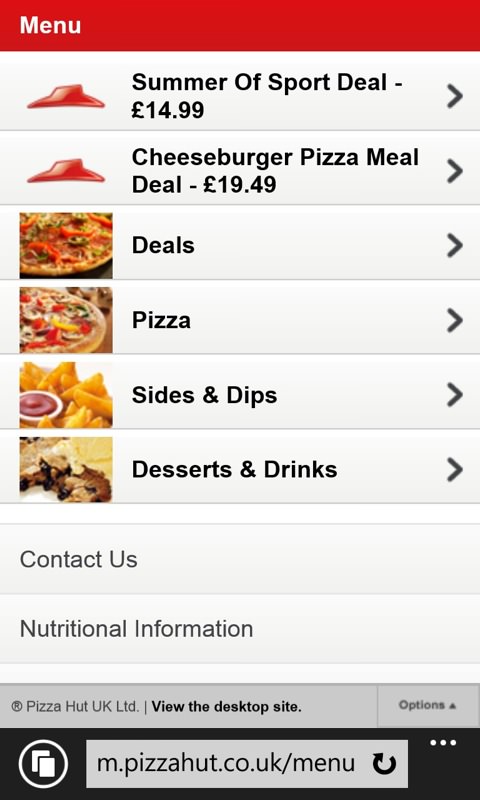 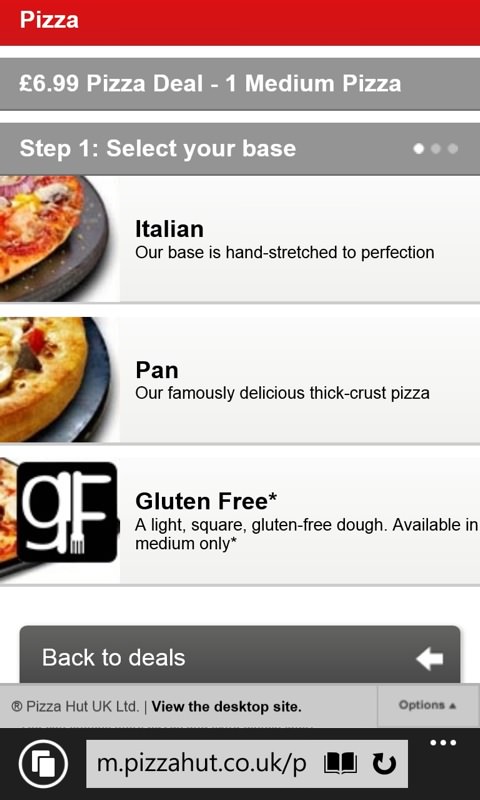 Placing a pizza order - hands up at the back if this is making you hungry!!

Comments welcome if you can think of other great examples. Yes, natively coded applications are often better, but with 'app gap' shouts continuing to ring round the ecosystem, let's not forget the great tool that is Internet Explorer - and the mobile sites lovingly maintained by the various online services.