Although much talked about (mainly) on other sites, the 'app gap' isn't the biggest issue that Windows on phones faces*. Neither is 'lack of a future'**. Rather the biggest issue - somewhat obviously, but it needs restating - is that by pulling out of first party hardware altogether when it did, Microsoft opened up (i.e. self-inflicted) a gaping (and possibly) fatal wound in its mobile ambitions.

* Although the trendy and boutique applications of 2017 are largely missing under Windows 10 Mobile, there's demonstrably enough applications and games to keep most people happy.
** With Microsoft having the architecture in place to relaunch in mobile any time it likes, plus admirable security offerings (compared to the Wild West that is Android).

The biggest issue we have at the moment is Microsoft pulling out of making phone hardware before they had something else ready. And yes, this is something we've seen before, with Nokia announcing going all-in on Windows Phone in 2011, almost two years before they had a competitive flagship to offer (the Lumia 920), leading to the death of Symbian phone sales and a hardware slump that ultimately sent Nokia spinning into oblivion and then acquisition. So stopping all manufacturing of the Lumia 650 and 950 ranges in mid-2016, two years before something new and groundbreaking based on (e.g.) the Snapdragon 835 and Windows 10-on-ARM, seems an awfully familiar mistake to make. 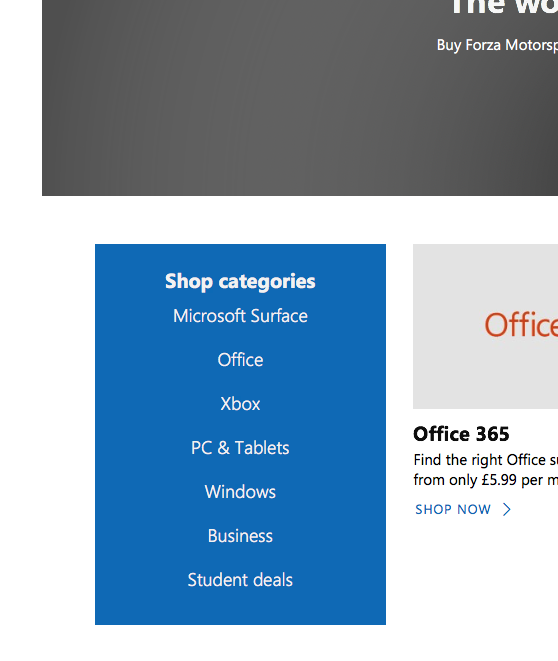 Microsoft will stand up at this point and say that Windows 10 Mobile is continuing to be updated as an operating system (thankfully, though it's a bit of an unloved brother or sister to the Desktop SKU of the OS) and that its partners and licensees now make the hardware. While this is true, it's very, very thin on the ground.

The Alcatel IDOL 4 Pro (reviewed here) is only sold via Microsoft's own web site/Stores and even then you have to really, really try hard to find it. Clue: it's down in the cellar, the stairs are out, and it's on display in a locked toilet with a sign on the door saying 'Beware of the leopard' under Store drop down menu, then 'Windows Phone', then pick from the panel. The main pick list when you hit the online Store in each country has the categories shown in the screen-cap on the right and none of these include the IDOL 4 Pro. I thought the point of 'categories' in any system was to include every item somewhere? Instead, whichever one you choose, the Windows 10 Mobile phones are nowhere to be seen - you have to know to go via the top of site drop down list - or else use the search system.

Thus, no one outside of the big Windows site communities even knows the Alcatel IDOL 4 Pro is for sale. Similarly for the Elite x3 (reviewed here), which remains 'elite' in terms of pricing appropriately, and hard to justify with its ridiculously expensive companion Lap Dock. Plus it's large and ultimately underwhelming IMHO. Aside from a few two-bit players, that's it now. Regular phone users have, literally, zero idea that Windows 10 Mobile is still alive and being updated.

Now, in fairness, after the acquisition and then restructuring, Microsoft probably couldn't justify keeping the whole of Nokia's Devices manufacturing, distribution and support networks going world-wide - but there was no excuse for stopping making the flagship 950 and 950 XL devices.

It's trivial in 2017 to have an OEM in China make whatever you want, given the design, specs and components to use. Heck, they'd probably end up cheaper that way. And then sold and promoted (properly, i.e. actually show them) via Microsoft Store online (and physical stores, where appropriate). The 'plastic fantastic' aspect of the 950 could be addressed by getting Mozo back on board and offering one of their backs with each order, kind of what Motorola did a while back with the Moto X and 'pick your materials when ordering', etc.

That's what should have happened, back in 2016. As it is, mid-2017, we now have a High Street presence of precisely zero worldwide and an online presence of very nearly zero. Given then that there's no first party hardware at the moment, you'd have thought Microsoft would be going out of its way to shout about the Alcatel and HP smartphones, rather than hiding them?

'You've got to be in it to win it' is a game and lottery cliché but it's true here too. Though 'winning' is out of the question and has been since Windows Phone was created, it's always been about delivering a different, more secure and more compatible alternative mobile operating system to iOS and Android. But without new first party hardware for sale for over a year now and with partner devices being hidden away, it's tough to be sympathetic to Microsoft's positioning in mobile right now.

And that's a galling admission from a Windows Phone and Windows 10 Mobile enthusiast.

Filed: Home > Features > You've got to be in it to win it - Microsoft and Mobile