In part 1 of my HP Elite x3 Lap Dock review, I looked at the hardware proposition in detail, along with some initial impressions and teething problems. In part 2, I look at what it's like to use the Lap Dock with cables as part of a real world mobile computing set-up. And, yes, this entire review part is being written on the x3 Lap Dock, away from home, as a real world test. 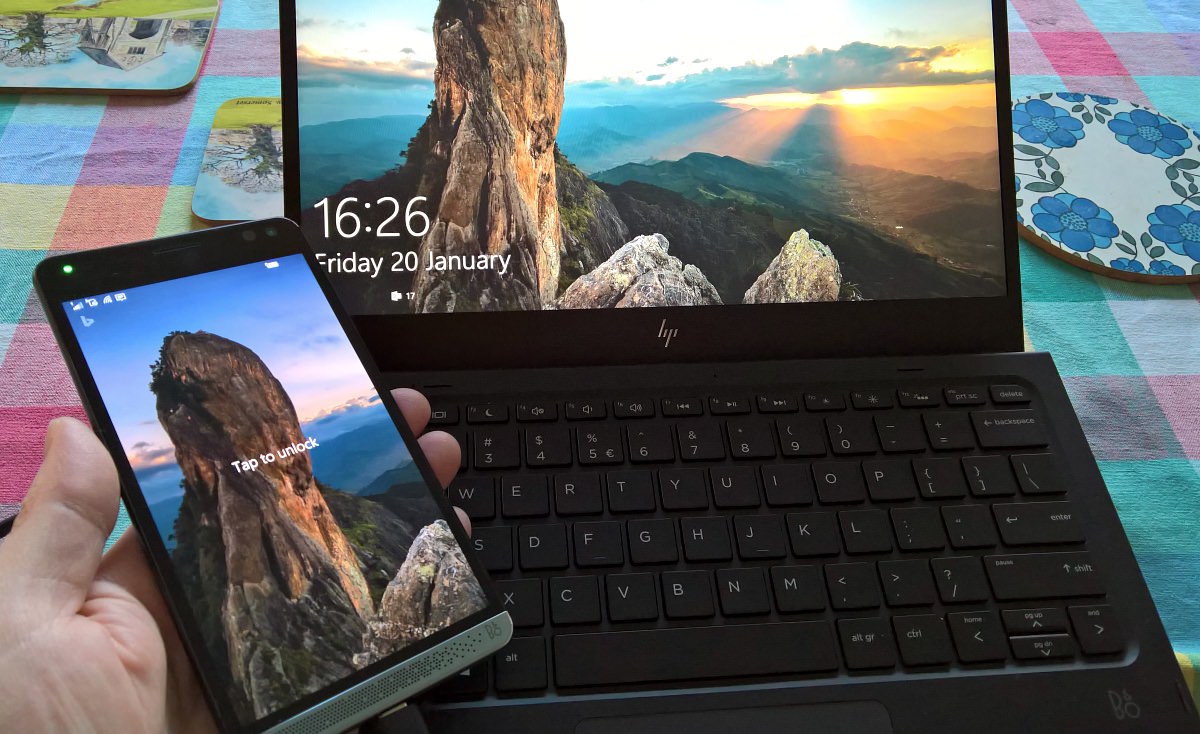 Hooked up to the HP Lap Dock - when it works it's utterly brilliant! When it doesn't it's unbelievably frustrating. More reliable firmware please, HP!

Let's start with a few bullet point conclusions (at at least as at the current firmware, 'T0057'):

On the whole, if you're careful, the Lap Dock works well and performs as advertised - a casual glance from others should impress them. However, when everything goes pear shaped and you're with company (co-workers, family, whatever) it can get really embarrassing. Anecdotally, this is one scene that played out yesterday, with family. I wanted to stream YouTube videos on the Lap Dock screen (easy) and then onto the big screen TV in the living room in my dad's house via the (micro)HDMI out cable (not supplied, but I bought one and tested it back at base beforehand, so I know it worked perfectly).

"This is some new tech and should make finding YouTube videos and playing them faster and easier!" I said confidently.

Alas, the next ten minutes were an exercise in frustration all round. The phone and Lap Dock eventually connected, but try as I might, restarting the Lap Dock, reconnecting the HDMI cable, toggling the special function key, nothing appeared on the TV screen. Now, tech often goes wrong, I'll admit, but in this case I'd sounded so confident and by the time I'd finished I had littered the room with (deep breath):

I was surrounded by wires and bits of kit and the TV screen was still blank. (And yes, I had to inputs/source set right.) It was embarrassing enough for me with my family - if this was your boss and colleagues then you'd be sinking into the floor at this point. I'm sure I could have fiddled some more and finally got results, but at some point you lose the goodwill in the room. In a business context, people saying "Why not just bring a proper laptop?", and in a domestic context "Why not just use a £30 Chromecast?"

I don't want to sound too negative, when the Lap Dock works it works really well - especially if you appreciate how cool it is in the first place - but when it doesn't work then it's a potential disaster.

HP can help themselves greatly by putting more effort into QA and producing bug-fixed firmware for the Lap Dock. Every single time a user connects up, the Lap Dock should respond in terms of keyboard and trackpad/pointer. And every single time the wake button is pressed there needs to be a resumption of the Continuum session, and within a couple of seconds, not after ten or fifteen.

I'm hoping that they haven't shipped many out to production/retail as yet, because otherwise there will be complaints and there will be returns.

Continuum is a really nice idea, and elegantly done, but it's demonstrably unfinished (multi-window and much more is coming in Redstone 3, scheduled for the end of 2017). The HP Lap Dock is a really nice product too, beautifully engineered apart from the trackpad, yet it's hobbled by buggy firmware at the moment. The Elite x3 smartphone is a super bit of kit on the whole, with (again) some things that need addressing in terms of firmware. Put all three of these together, linked in a chain to go from the phone's processor through a secondary display API to a physical laptop shell, and you can see how the various 'unfinished' elements could work together to produce exactly the sort of random issues that I've been seeing.

I wanted to show the HP Lap Dock on video too, demonstrating general use and also some of the issues. Grab a cup of coffee or similar and sit back, this is a 15 minute video - shot on a Lumia 950 XL (if you're interested) and somewhat crudely trimmed in YouTube's built-in editor (ditto!):

So - in summary - we have a (largely) well made accessory, but with buggy firmware and a price that makes no sense for anyone, whether individuals or businesses. Can HP turn this around with bug-fixed firmware and a price drop? Let's hope so, as the concept is currently ridden with issues.

In the final review part, and allowing a week or two for HP to deliver an update, I'll round this all up and include analysis of perhaps the most vital factor of all (for most people and businesses) - the Lap Dock's price.