When questioned by me about the $70 (£50) price of the BLOCK 30 power bank, Tegic was unapologetic, this accessory is an attempt to make power banks 'sexy', with CNC-machined aluminium shell/edges, and with see-through tempered glass window, showing some of the circuitage and the status LEDs. And, with the caveat that this was a review sample and that I didn't have to buy it with my own money(!), I think I'm won over. This is indeed a premium bit of technology and instantly wins a place in my gadget bag.

It's also worth mentioning that the BLOCK30 comes in eco-friendly 'pulp' (bio-degradable) packaging - a worthy bullet point in 2021. In terms of specs - of which more below - the BLOCK 30 is a high spec but modest capacity power bank and twice the price of a similar affair in plastic. But Tegic's design goals were to make this special as a piece of tech that you'll want to pick up, to plug things into, and to admire: 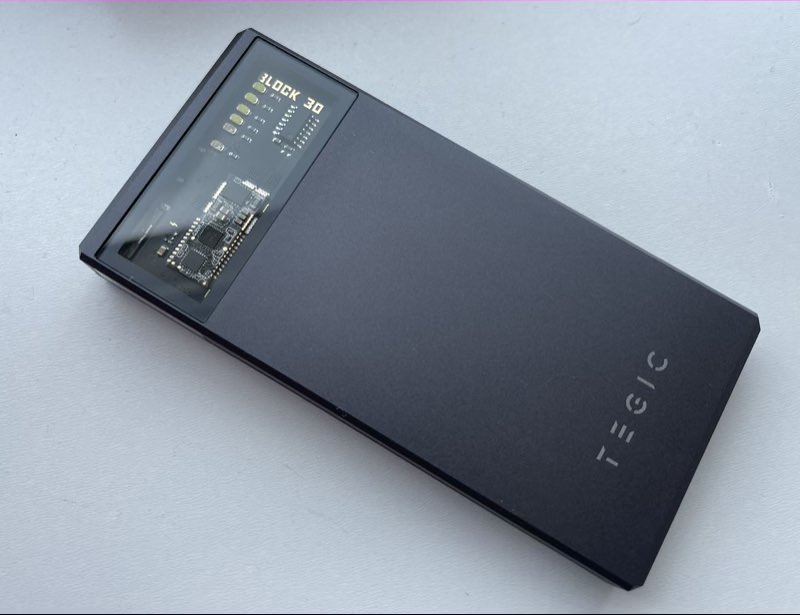 The front and sides have 45 degree bevelled, CNC-machined edges, all in a single piece of aluminium, while the bottom face is rubberised, to make sure it doesn't slide off a surface. The other USP is the clear window onto the main circuit board - in some phones in the past with a similar feature, the chips were faked, but this is real, evidenced by the status LEDs and soldered connections: 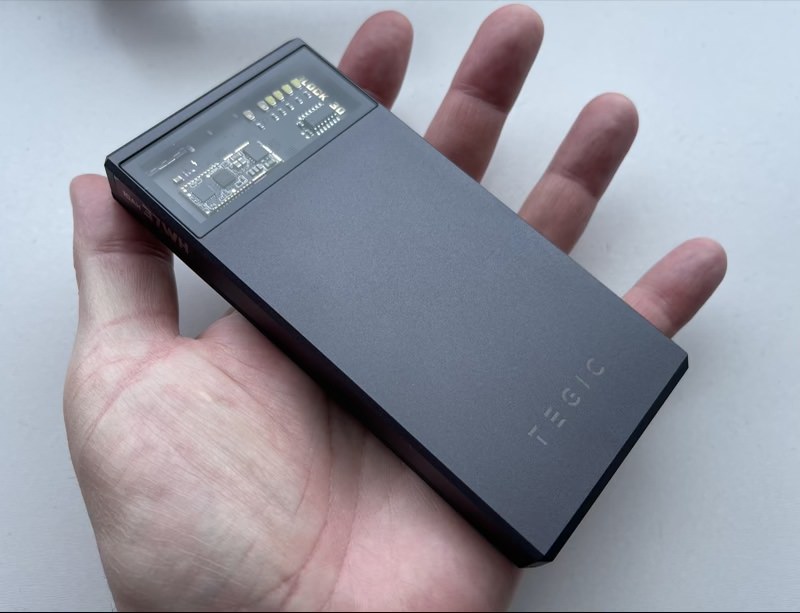 It's the 2021 equivalent of steam punk, perhaps, but I like it... a lot. There was an earlier BLOCK 01, by the way, in 2019, but this had lower input/output specs and not such premium materials. The BLOCK 30 name in copper is a lovely touch: 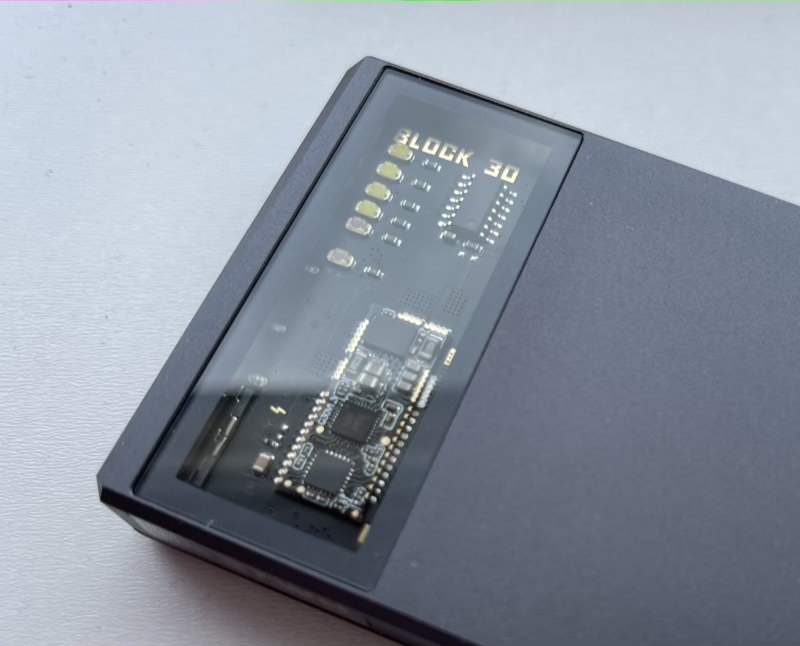 Down at the business end, it's all black (Spinal Tap-style - "how much more black could it be?"), but it's easy to recognise the Type C and USB-A jacks, along with a power/status button (only really used for checks, because charging starts immediately when something is hooked up): 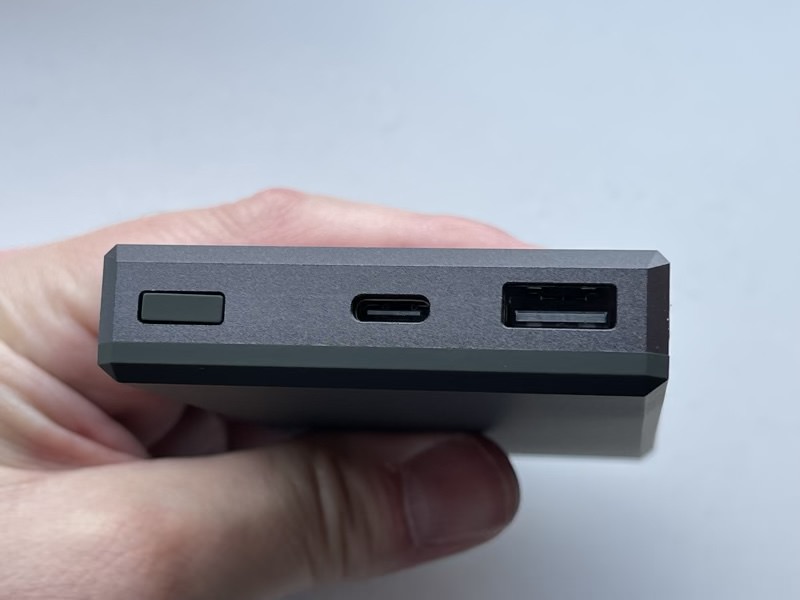 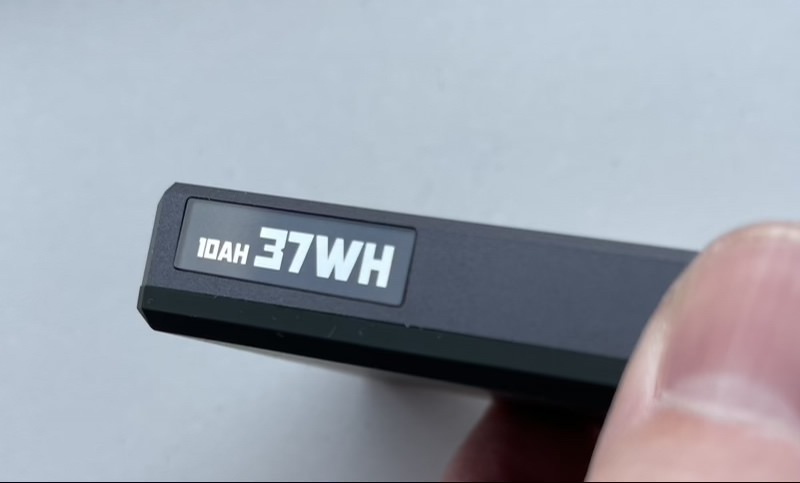 '37WH' as capacity refers to the internal 10000mAh (10AH) of charge, held at 3.7V, as is usual. And, as usual, when you transfer charge out, some of this will be lost as heat (in power bank, in the cable used, but mostly in the receiving device), but the 'delivered' charge will still easily exceed 7000mAh, so we're talking about two charges of most phones or one and a half of the most capacious.

On the packaging are the detailed specifications, which are worth diving into: 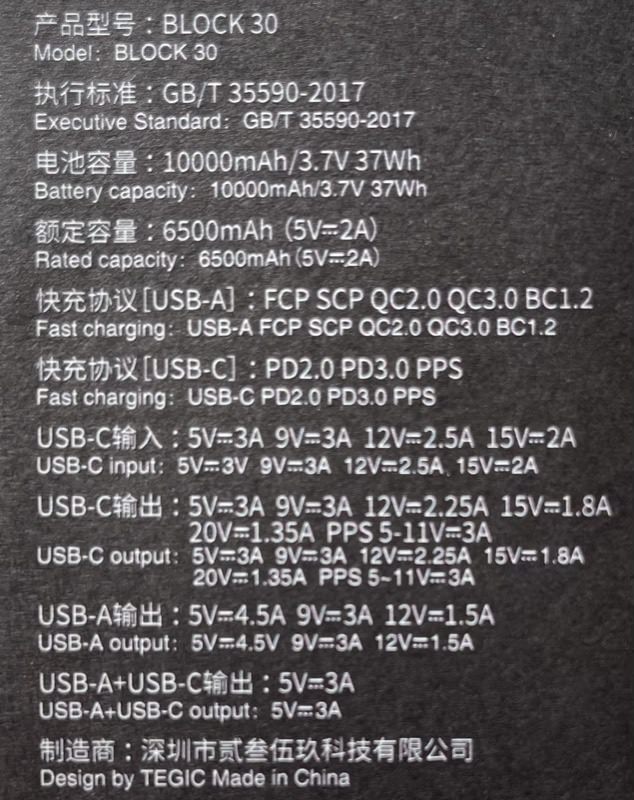 Having 30W PD (Power Delivery 3.0) USB Type C input is very handy, since it means that the power bank can be refilled very fast, in just over an hour (I checked, from a high current charger). Output via Power Delivery is also rated at 30W, though depending on the receiving device and voltage protocol used, real world power output here will be 27W or thereabouts.

USB-A output includes up to Quick Charge 3.0 compatibility and is also up to 27W, again depending on the exact charging protocol negotiated between the power bank and the receiving device. When both ports are in use at the same time, limits kick in, and the stated 15W each seems about right.

Now the kicker - is all this worth $70 (£50)? Plus $10 (£8) shipping? If it's just for cash-strapped you, then no, probably not. But if you have money to spare - or want a really unique present for a tech-savvy friend or family member - then absolutely. Go for it. The (nearly) all-metal BLOCK 30 is beautifully designed, recharges quickly, and - in an emergency - would probably do double duty as a defensive weapon!