Anatomy of a Lumia photo #6: Representing the Roses

My series 'Anatomy of a Lumia photo' (here's #1) has proved popular, even though I cheated with the HP Elite x3 instead for #2. #3 had a lovely clock, #4 was all about framing, and in #5, I got down and dirty with nature. For #6 it's nature again, but this time with a dilemma to solve...

The idea of this series is to give you an insight into my thought processes that went into achieving each image, in the hope that it might inspire you to better photos too.

As usual, I'll start with the final shot, see what you think: 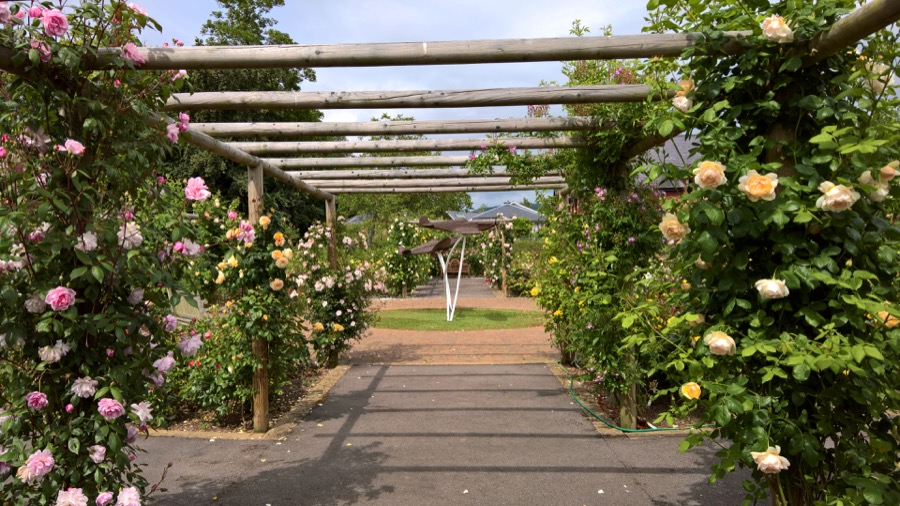 As usual with my photos, there are several steps and thoughts that go into creating them, finalised over a couple of minutes of real time - so here goes.

The set-up was that, on an overcast day, I was visiting a massive private rose garden, not open to the public, and I only had 20 minutes there. But then, 10 minutes in, the sun came out briefly and I determined to take the shots I could - meaning that a degree of speed was needed in terms of taking the shots and also thinking on my feet in terms of angles. How exactly could I capture the essence of a garden with over 10,000 roses in a single photo? 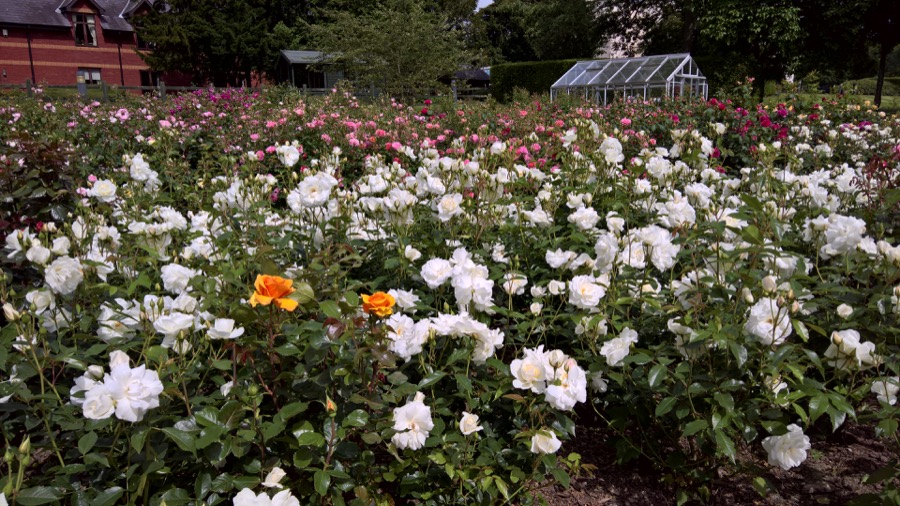 The shot above shows roses going back as far as the eye can see, but it's just that - a sea of roses, and without much character. So I experimented with standing on tiptoe and shooting high: 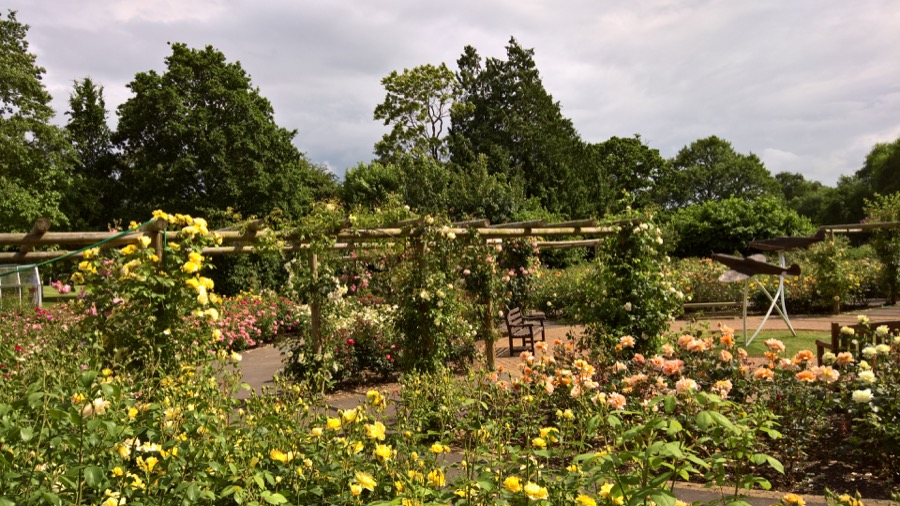 The trellis work and a couple of plane models (of which more later) are shown here, but the framing seems a bit random and it's an untidy image.

What about if I went close-up and concentrated on just a handful of roses? Here are some nice examples which would have made a lovely vertical photo, but I hate shooting in this format unless there's a particular need (e.g. a portrait of a person): 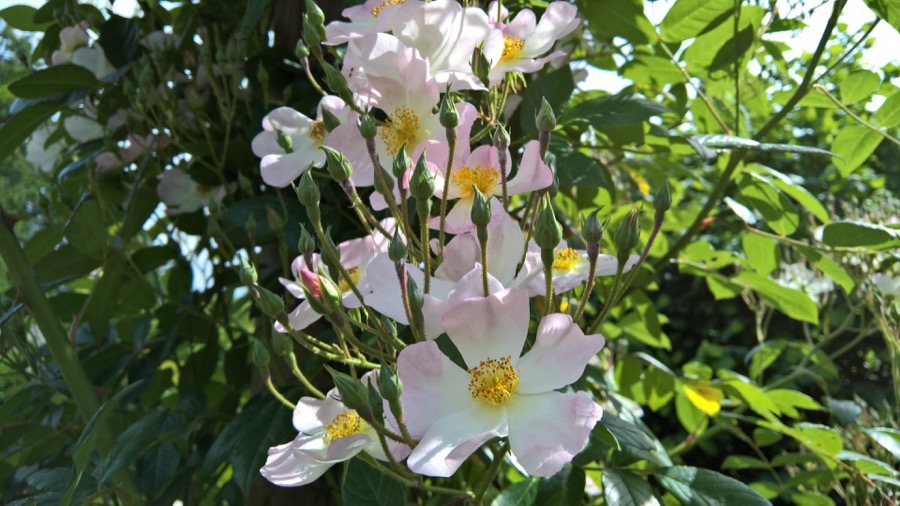 The Lumia 950 XL is doing very well here, as you'd expect, given the (briefly) sunny conditions. It's also great at doing genuine close-ups, as here, with a beautiful rose example: 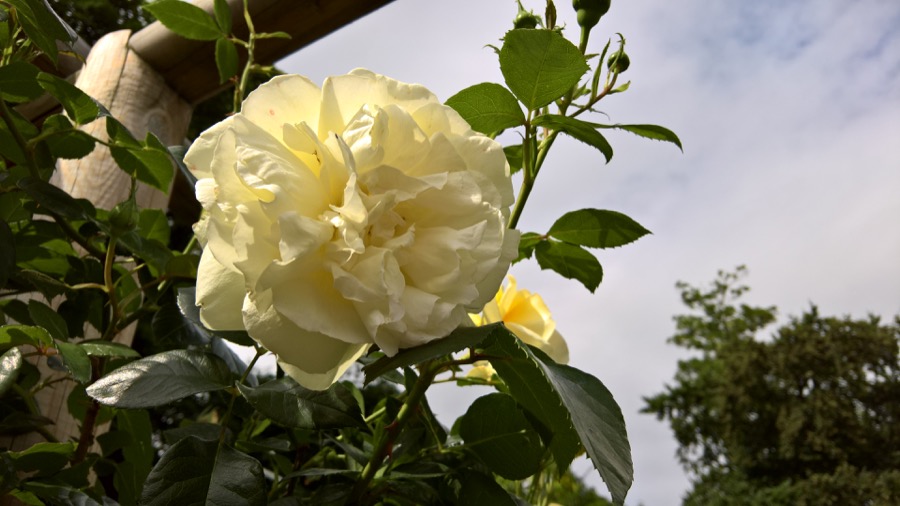 Pretty though this is, there's no sense that it's part of a huge rose garden. What about the other 9,999 roses?

After walking around the outside of the maze of roses, I started to appreciate the geometry of the garden and I wanted to tell something of the story, with the curved concentric paths and the twin spitfire models in the middle. The whole garden was a tribute to the fallen in World War II and the twin spits were the central feature. 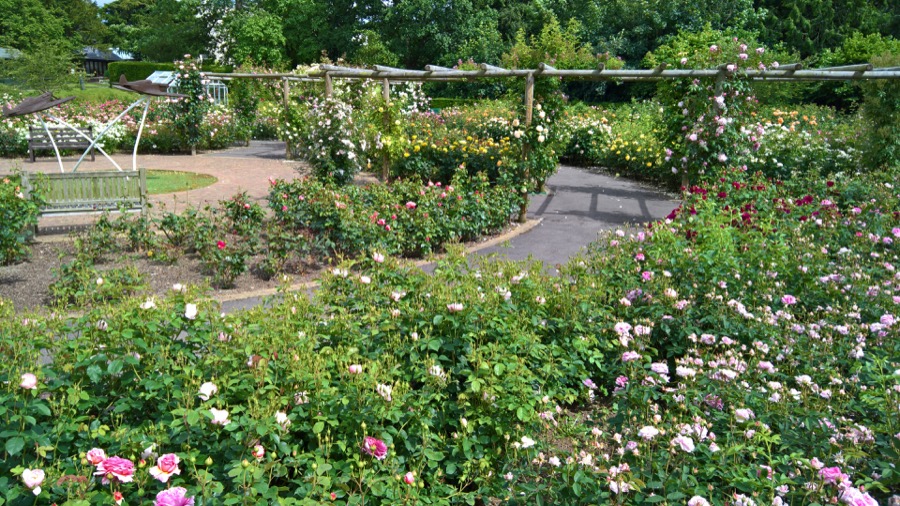 After walking around the outside of the maze of roses, I found an angle looking down one of the straight 'spokes' of the pathways, with roses planted up the sides and with the spitfires at the end of the 'tunnel': 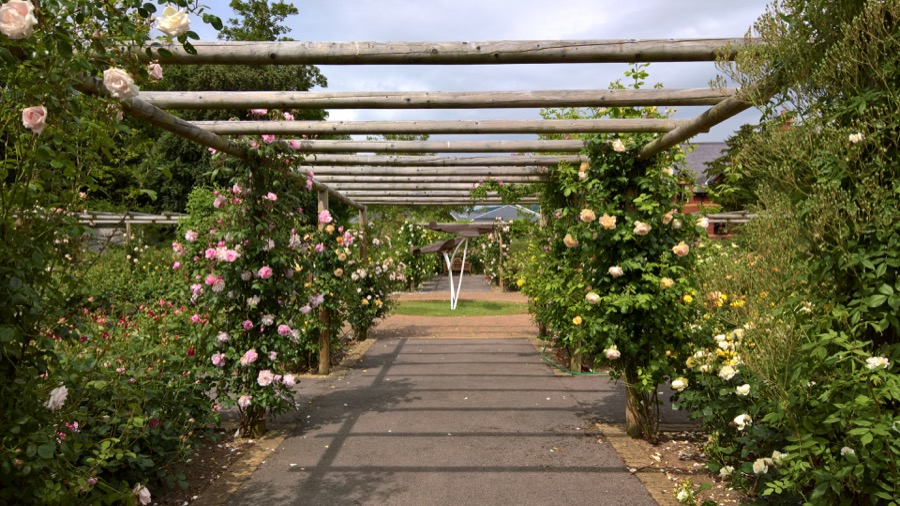 Which was fine, except that I needed to get closer - both to enlarge the spitfires and so that the main banks of pink and yellow roses formed the frame to my photo. So I walked forwards a metre and tried again:

In summary, taking many photos at different angles and distances let me think and iterate my way to a really nice result. The image gives a sense for the number of roses, plus the path network and the plane models as the central feature.

Looking at the shot above, I realise that I wasn't 100% square on and that the beams are slightly slanted in the photo - the next stage, if I were a perfectionist, would be to play with small rotations in an editing tool, but that's another task for another day - and one that can be done any time. Remember that I was taking photos against the clock above(!)

Comments welcome. Is this series useful to you? Feel free to share (in the comments below) any examples of great photos you've taken with your Nokia/Microsoft Lumia or similar device, along with your own thinking...

PS. For number 7 in this series, I'll be venturing into extreme low light territory, to make the most of the Lumia 950 XL's camera capabilities...