How can you do music properly on a mobile device? Nokia are hoping that Nokia Music on the Lumia range of Windows Phone is the answer. The inclusion of MixRadio, (requiring no sign-up or registration, and available to all users) provides a music streaming channel, while the long-standing Gigfinder service also makes the jump to Windows Phone. It will also be the home of the Nokia Music Store, still one of the world's largest mobile music stories.

Nokia Music introducing MixRadio, a free, global, mobile music-streaming application that delivers hundreds of channels of locally-relevant music. In an update delivered later this year, Nokia Lumia users will also gain the ability to create personalized channels from a global catalogue of millions of tracks.

Also integrated in Nokia Music is Gigfinder, providing the ability to search for live local music for a complete end-to-end music experience, as well as the ability to share discoveries on social networks and buy concert tickets also coming in the Nokia Music software update delivered later this year.

Out of the box, MixRadio will offer pre-rolled mixes in a variety of genres, although many will be looking at the update and the ability to seed your own tunes to create personal mixes as the point which makes this a very interesting service. While it is unlikely to replace loading your own music via the Zune PC Client, or the on-demand nature of services like Spotify, MixRadio is going to prove attractive to users of Last.Fm, 8tracks and other steaming radio style services.

Live Tile support was also demonstrated, allowing favourite Mixes to be pinned to the Start screen, and it wouldn't surprise us here at AAWP to see Nokia make best use of the sharing functionality in Windows Phone Mango.

Nokia Music will be available out the box, with a further feature update before the end of 2011. 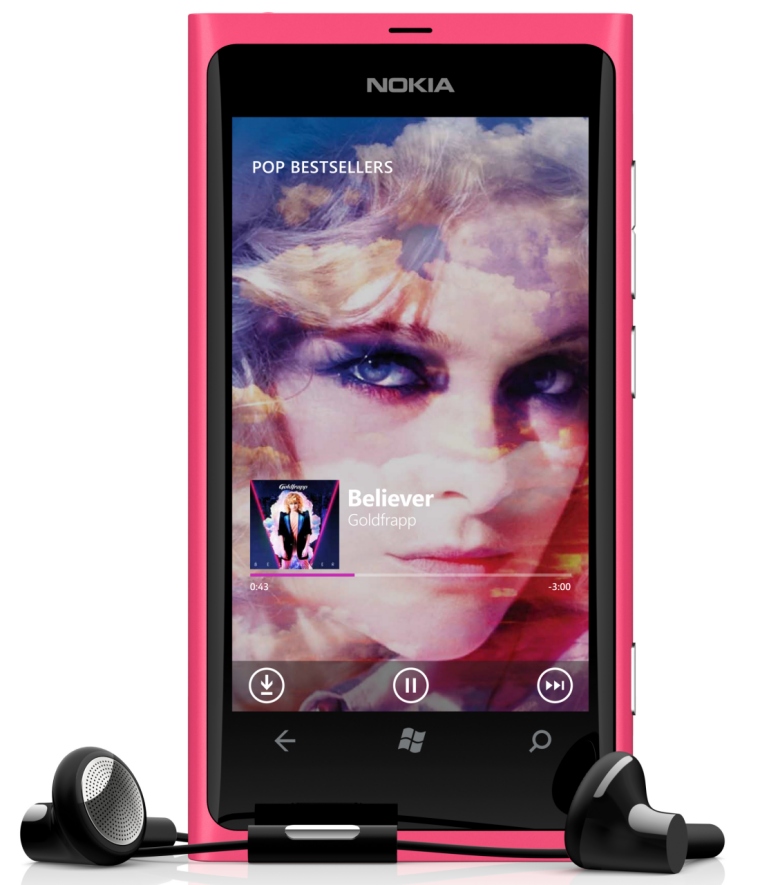