The 50,000 mark, which has been reached sooner than we estimated, is a key milestone, but more important is the accelerating growth of the Marketplace. It took just over a year to get to 40,000 apps, but just 40 days to add the next 10,000 apps. That bodes well for Windows Phone in 2012.

During the last four weeks, an average of around 265 new content items has been added each day. When the Marketplace reached 40,000 items (November 16th 2011) this rate was 165 items per day, which means the rate of addition is accelerating.

Apps and Games added each week to Windows Phone Marketplace.

The last few weeks have seen an acceleration in the rate of submissions. There are two likely causes here: firstly the expanded availability of the Windows Phone Marketplace geographically (extended from 16 to 35 countries) and secondly the release of Nokia's first Windows Phone devices. 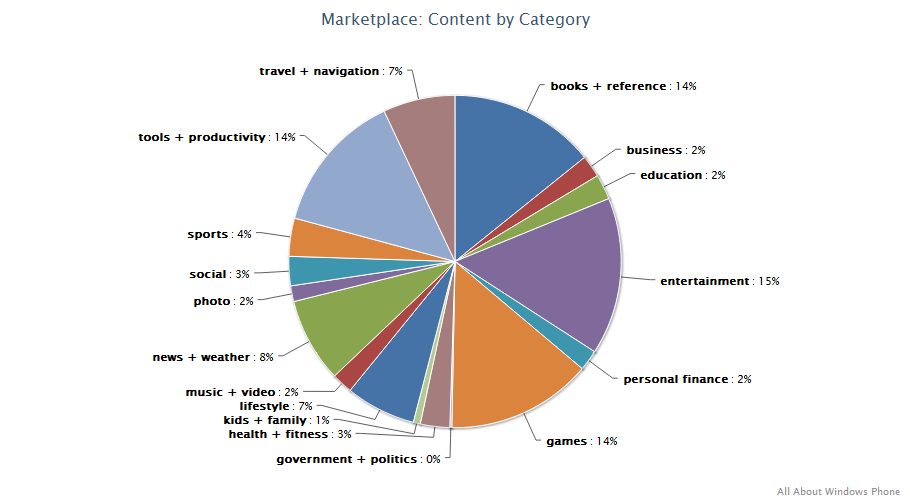 Note: Some items are not included in this table due to missing category data. All percentages are approximate. 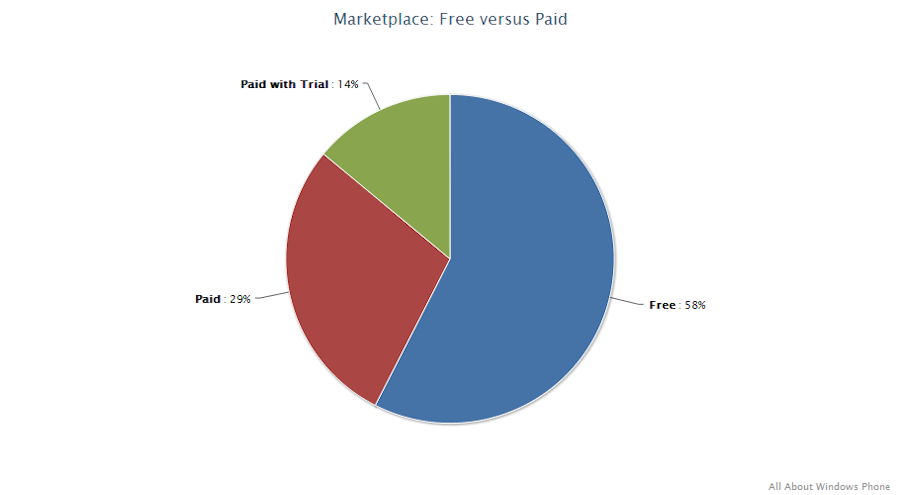 Both Android and iOS (both 500,000+) have at least ten times more apps available than Windows Phone. However, this metric is, for obvious reasons, strongly correlated to how long an app store has been in operation. A more interesting comparison is to look at their relative performance.

Windows Phone has taken just under 14 months to reach the 50,000 milestone. Android took 19 months (October 2008 - April 2010) to reach 50,000 apps, reflecting Android's relatively slow start in terms of device licensees. iOS took 12 months (July 2008 - June 2009) to reach the same figure, but arguably had an advantage, given it had an installed based of around 4 million first generation iPhones before the App Store launched. 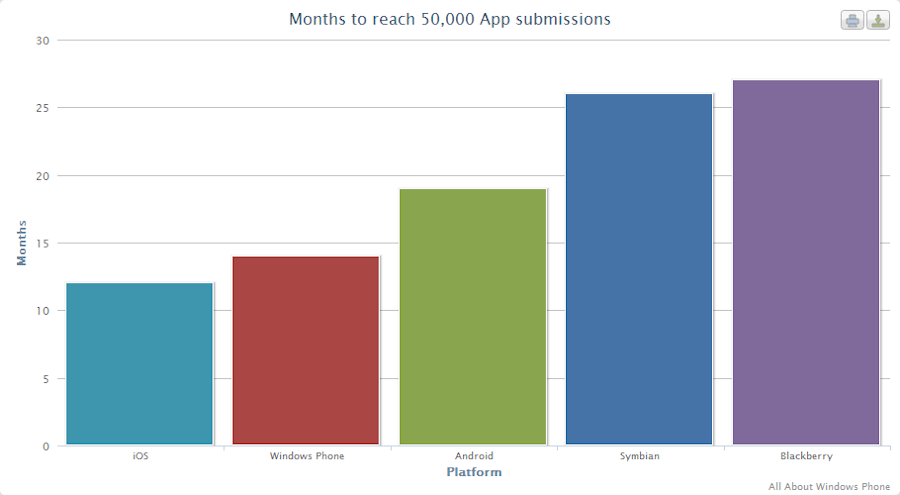 This relative comparison would suggest Windows Phone Marketplace is a credible challenger to both Apple's App Store and Google's Marketplace in terms of app metrics.