At CES 2012, Nokia announced its third Windows Phone device, the Nokia Lumia 900, which will be available on the largest US operator, AT&T. Key features include LTE connectivity, a 4.3 inch ClearBlack Display AMOLED screen, a unibody polycarbonate body and an eight megapixel camera.

The Nokia Lumia 900 uses the same polycarbonate case and overall design as the Nokia Lumia 800. However, with a 4.3 inch screen, it is physically larger in the width and height dimensions, but 1mm thinner. In addition, for the first time in a Nokia Windows Phone device, there is also a front facing 1.3 megapixel camera that can be used for video calling, including group video conferencing via groups in the People hub. A gyroscope sensor is also now present in the device. 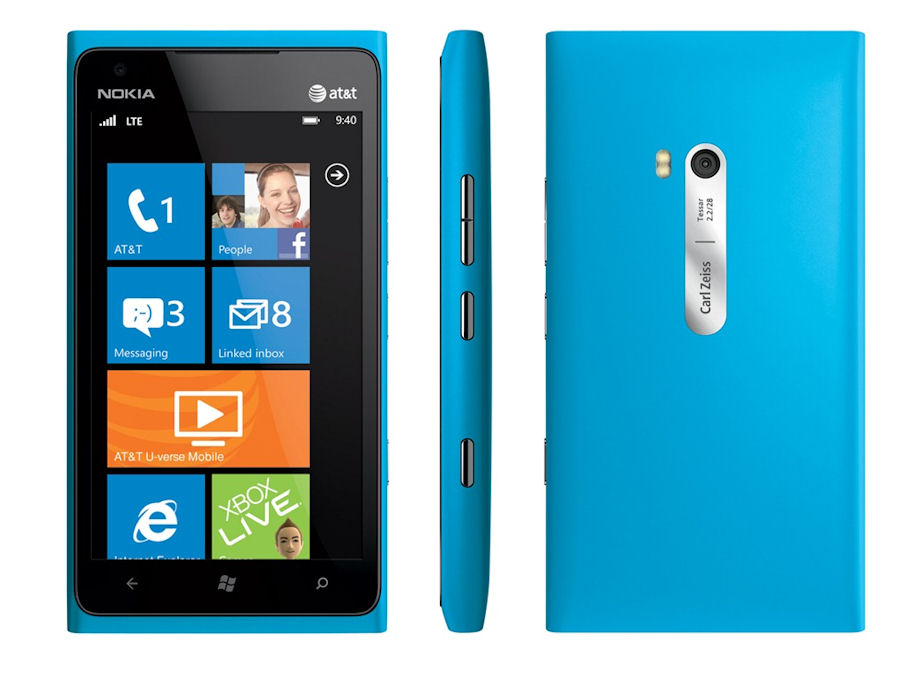 The LTE connectivity allows for speed of up to 50Mbps down and 25Mbps up, although real world conditions are likely to be significantly below these figures. This compares to HSPDA+ figures of 21Mbps down and 5.76Mbps up. Nokia says that its "diversity antenna array will maximise RF performance".

The Lumia 900 will be available in black and cyan colours, with pricing and launch dates to be announced "in the coming months".

During the press event, Stephen Elop, Nokia’s CEO, reiterated the company’s Windows Phone strategy and noted that consumers were responding positively to the already released Nokia Lumia 800 and Lumia 710, which he described as “beach heads for the company”.

The Nokia Lumia 900 continues that pattern for the US and marks the return of Nokia to the US smartphone market. Elop was also keen to emphasise the importance of the ecosystem, noting deals with ESPN and CNN to deliver exclusive apps to Nokia’s Windows Phone devices. Furthermore, EA Games will release titles in advance on Nokia devices, ahead of other brands.

The importance of the launch to Nokia was underlined by the presence of Microsoft’s CEO, Steve Ballmer and AT&T’s CEO, Ralph de la Vega. Steve Ballmer highlighted that there are more than 50,000 applications available in the Windows Marketplace. He went on to congratulate Nokia on a fast time to market, noting that a year ago no contract existed between Nokia and Microsoft. Ralph de la Vega welcomed Nokia back to AT&T and the US market, and said that the Lumia 900 would go on sale in the coming months.