Microsoft describes the service as combing the best of free-streaming radio services (e.g. Spotify and Pandora), music subscription options and music purchasing (e.g. iTunes, Amazon) into a single "elegant package", so that consumers will no longer "to rely on service hopping to get the music they love".

The renewed Microsoft music service can be broken down into four main elements: 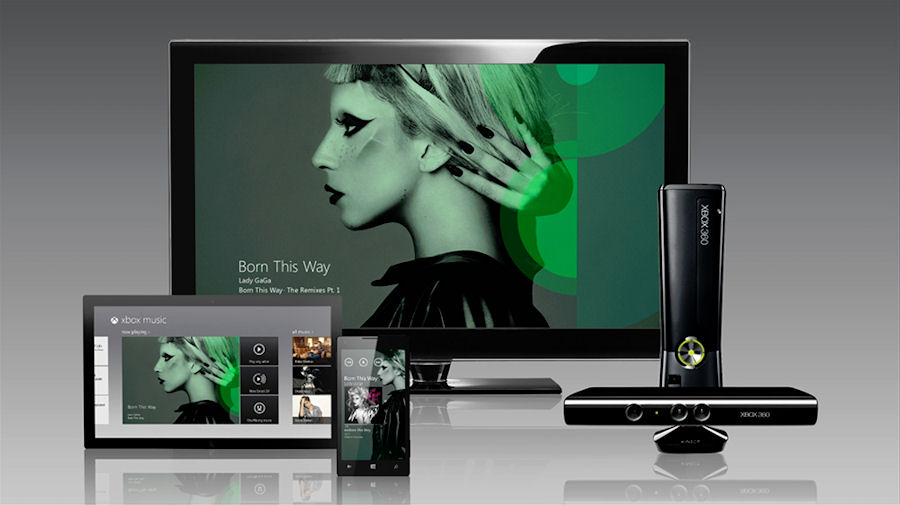 The Xbox Music application on Windows 8 effectively replaces both Zune and Windows Media Player from Windows 7. The same applies on Windows Phone 8, where Xbox Music will replace the Zune Music experience (Music + video app). The Xbox Music application interface has a common look and feel across all devices, with a heavy emphasis on tiles and typography, drawing on the Modern UI (Metro) pioneered by the original Zune device, evolved by the Windows Phone platform, and which is the mainstay of new Windows 8 UI.

The integration element comes in the form of "Cloud Connected" that Microsoft say will automatically sync your Xbox Music Pass collections and playlists "across your tablet, PC, phone and Xbox 360". Xbox Music is tied to a consumer's Microsoft Account (previously known as Live ID), acting as an enabler for identity and integration across devices. The sync feature includes playback, which means it will be possible to pause a song on one device, and then resume playback on another device, and is part of the Xbox SmartGlass experience that Microsoft announced earlier in the year.

"The launch of Xbox Music is a milestone in simplifying digital music on every type of device and on a global scale. We’re breaking down the walls that fracture your music experiences today to ensure that music is better and integrated across the screens that you care about most — your tablet, PC, phone and TV."

At launch, the free music streaming functionality will be available in 15 markets, while the Xbox Music pass and Xbox Music Store will be available in 22 markets. Microsoft will roll out the service to additional regions throughout 2013. The company also plans to add Web, Android and iOS clients, but Xbox Music will not be available on Windows 7 or Windows Phone 7, where the Zune service will remain the primary music experience.

Microsoft intends to add a number of features to the service in 2013.  A scan-and-match, similar to the functionality provided by Apple's iTunes and Amazon Cloud Player, will allow users to add music you already own, whether purchased on CD or from another music service, to their "Xbox Music cloud catalog". This catalog is accessible from any device than supports Xbox Music. Social features will also be added that will "let you share your music experiences with friends and family".