Following its announcement this morning, we're all surprised to see Nokia Camera (rolling in Nokia Pro Camera and Nokia Smart Cam) available in the Windows Phone Store already. We link to it below, along with screenshots of the tweaked interface in action and descriptions of the changes. Summary: highly, highly recommended - if you weren't taking lots of useful photos on your Lumias before, you will be after this. See below for why.... 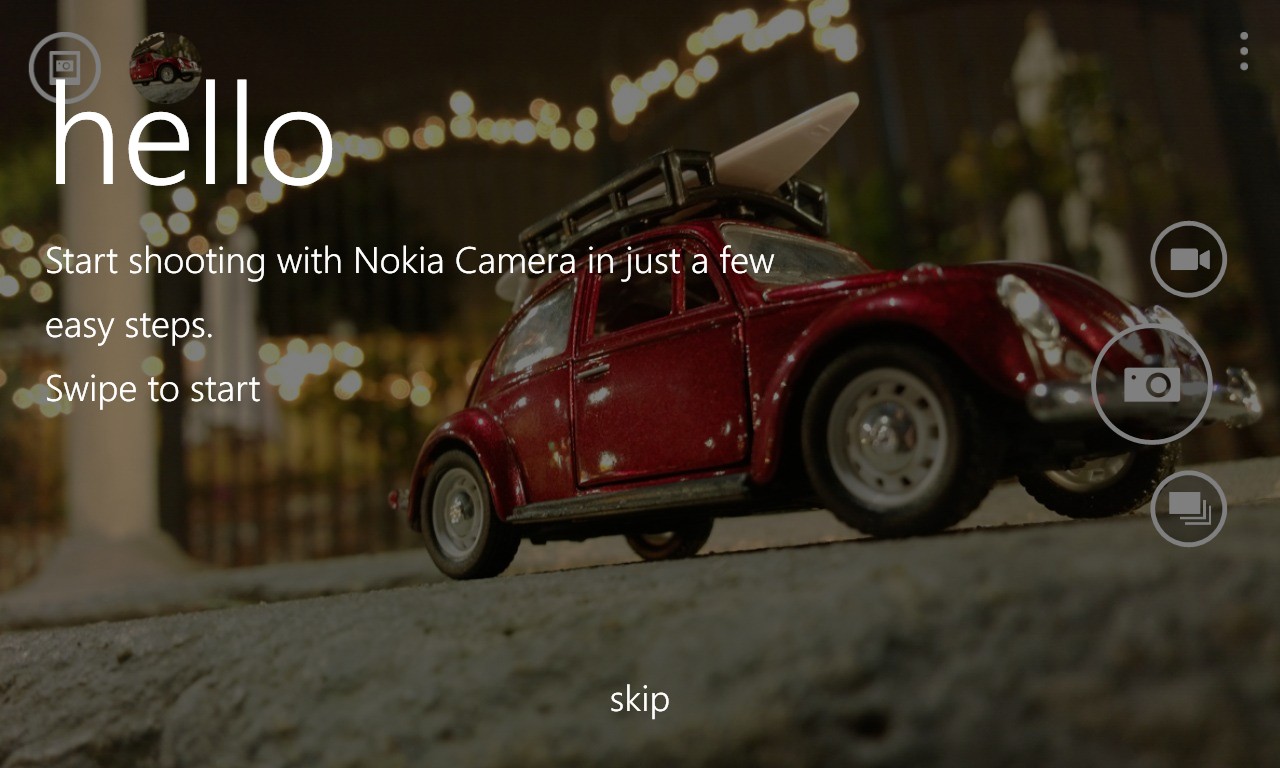 After launching, there's an enhanced tutorial (and also available from the menu if you want to check it out again later) 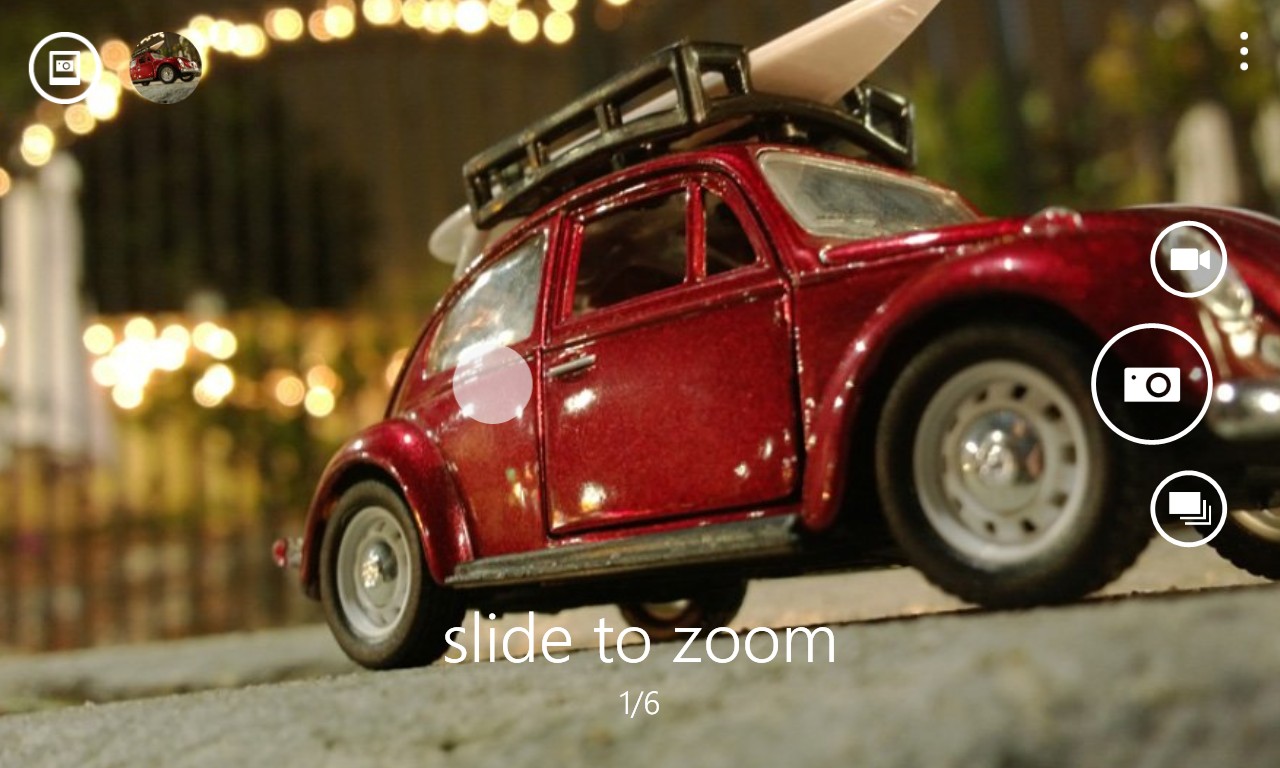 Niceties like slide to zoom and reframing are all nicely demonstrated in animated fashion - nice job, Nokia.... 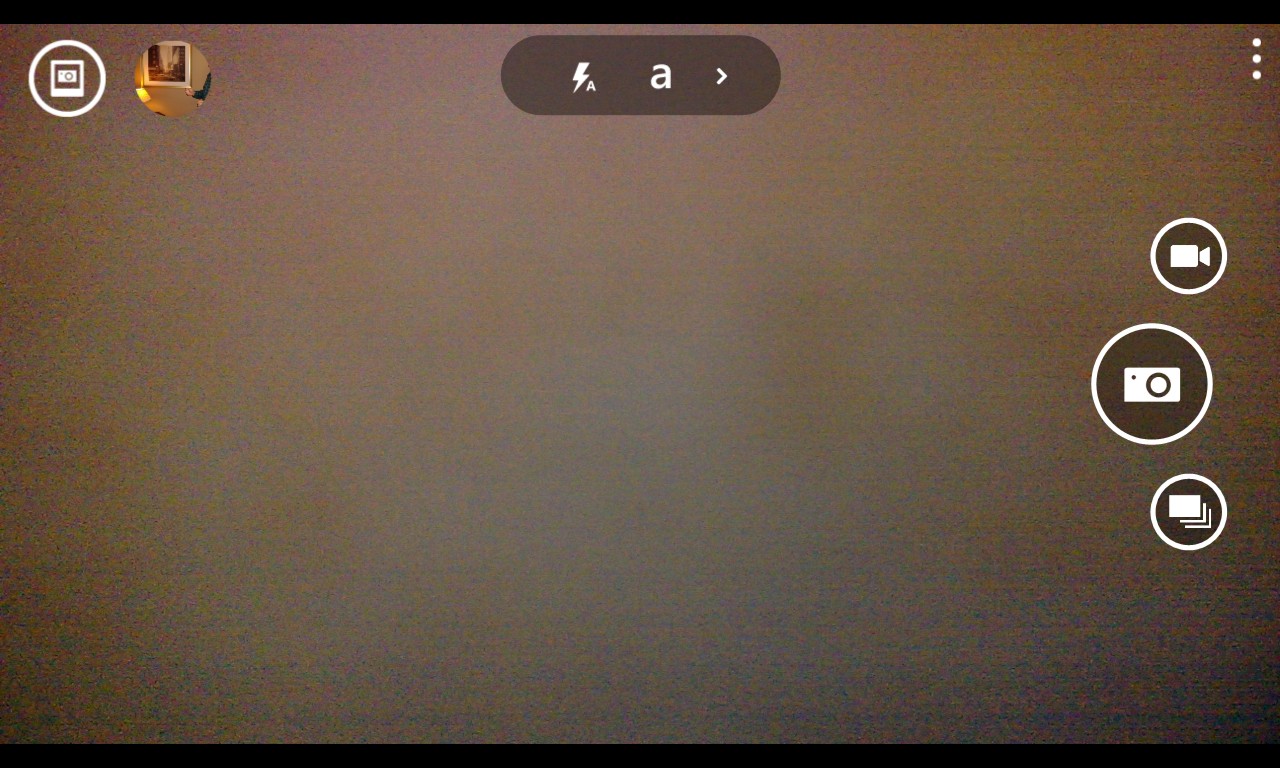 The interface is initially simpler - note that most of the 'pro' adjustments are hidden away at first, with just flash control and some basic scene modes (which weren't present at all in Nokia Pro Camera) - with taps cycling between Auto, Night, Sports. The '>' icon flips out the traditional top toolbar of individual pro options.

Note also the extra shutter control on the right - think of this as part of a carousel of options and note the burst mode ('Smart').

The circular controls, top-left, remain for the main Photos>Camera roll and for reframing the last shot taken. 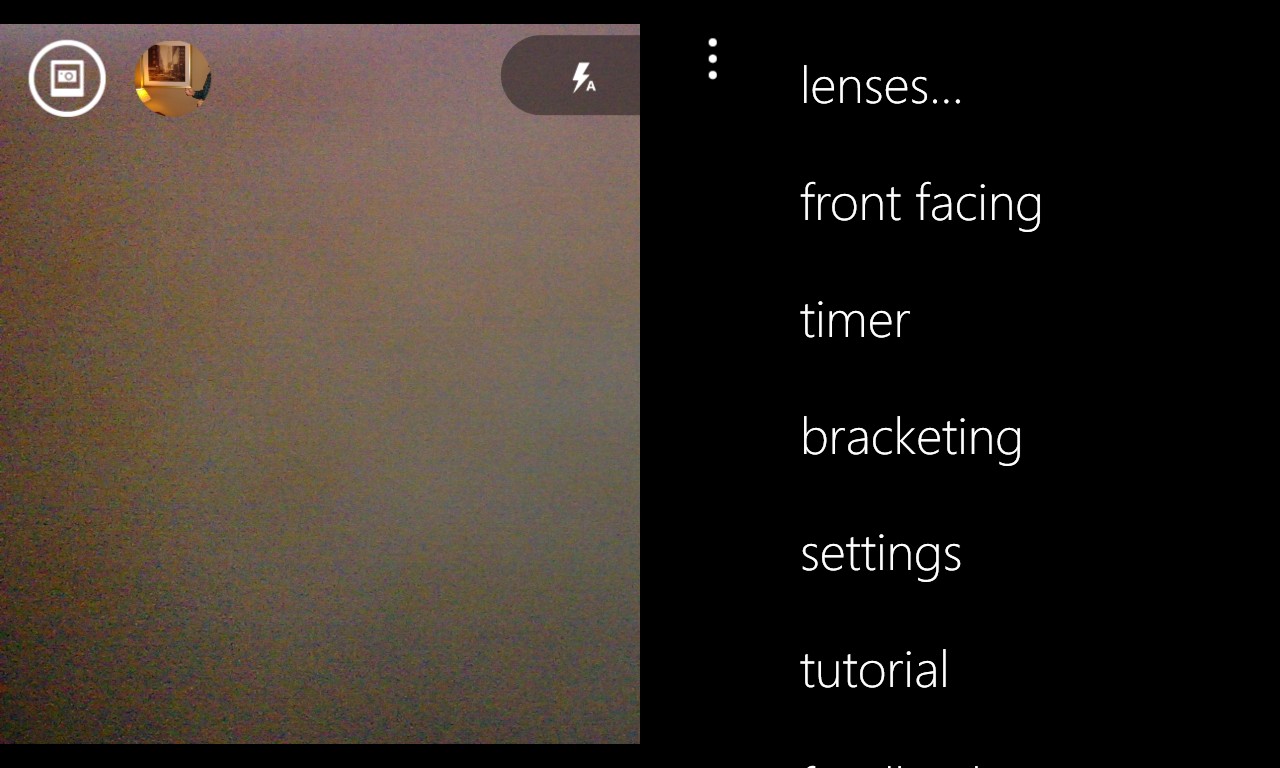 The menu's enhanced too, with lenses demoted here (rather than in the main interface, on screen all the time), plus a better self-timer (now up to 10 seconds) and an enhanced 'bracketing' control that explains why a user would ever need this: 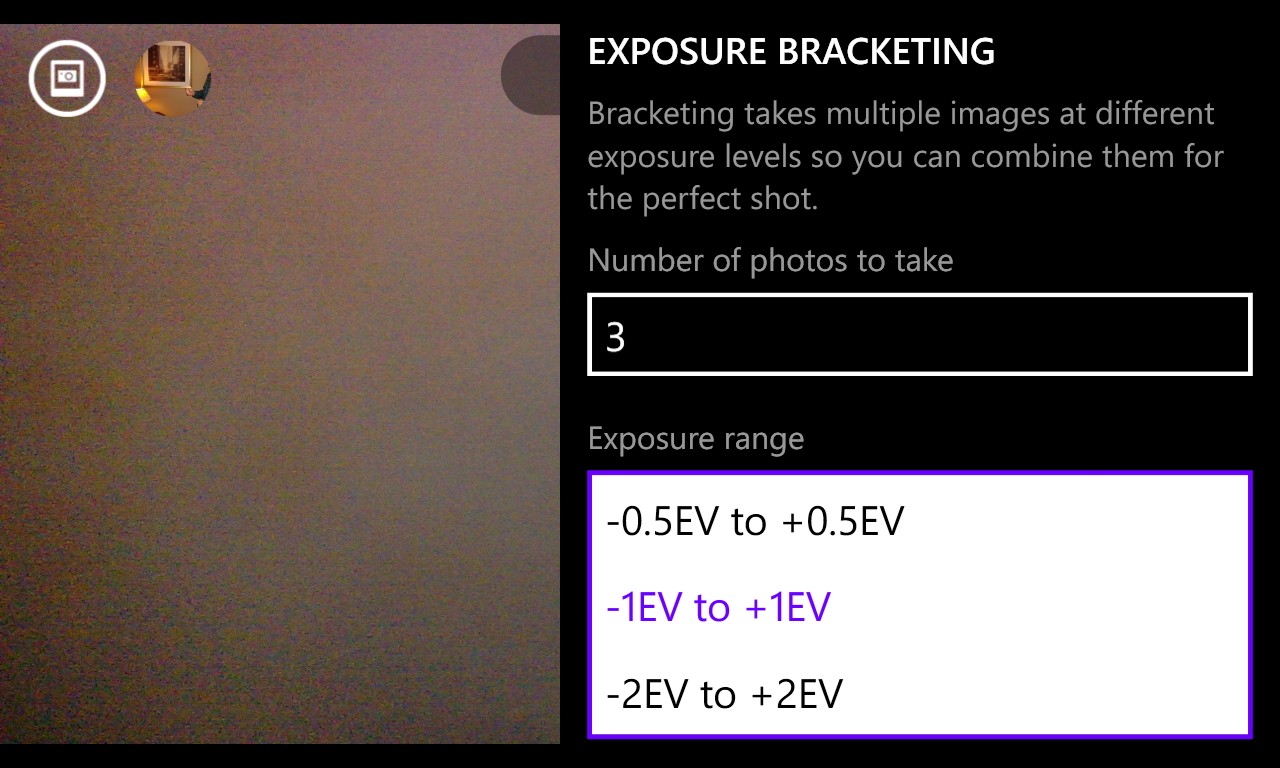 For HDR use, +/- 1EV make more sense. Note that there's still no built-in HDR function here, due to the length of time needed to take each shot (mechanical shutter and high resolution sensor, etc.) - so you'll still have to combine photos later on, on the desktop. 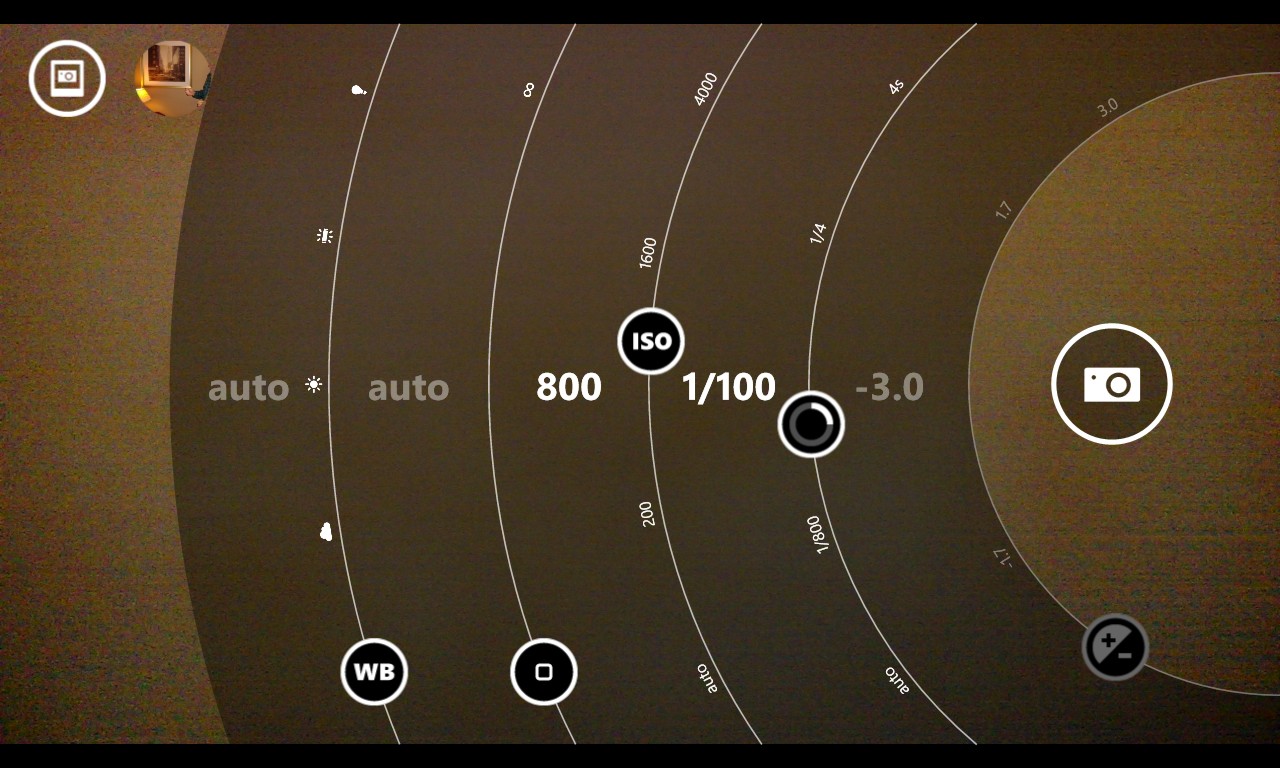 Flicking out the shutter icon reveals the acclaimed 'pro' settings interface, as before...

Highly recommended - Nokia Camera launches one second faster than Pro Camera, plus you can now switch between it and the 'Smart' mode in two seconds, half the time it used to take with the 'lens' system.

Also notable (for me, at least) is that the flash control is now much simpler - previously there were no less than five flash modes (auto, on, focus light only, no focus light, off), whereas in Nokia Camera there's the far simpler system of auto, (always) on and (always) off. The focus assist customisation is still here but is now buried in Settings on the app's menu.

You can grab this for yourself if you have a supported Lumia 9xx or 10xx device here in the Store. It replaces the existing Nokia Pro Camera application on your device and inherits its defaults (e.g. for launching when the shutter button is long pressed).

Note that Nokia Smart Cam remains as a separate entity in your phone's application list/menu.