Track your physical activity with Nokia Motion Monitor for Lumia 1520

Nokia Motion Monitor Beta, the latest release from Nokia Beta Labs, allows you to use your Lumia 1520 to track your physical activity, based on steps and motion detected by the sensors built into the phone. The new app, which provides functionality akin to wearable accessories such as Fitbit Ultra and Nike Fuelband, is enabled by new hardware, built into the Snapdragon 800 SoC, that off-loads sensor data processing from the main processor, thus allowing the necessary tracking algorithms to run constantly in the background whilst using very little power.

Activity tracking starts when you open the app for the first time and will continue to run in the background, even if the app is closed. The app's opening pivot view displays recent physical activity, colour coded by intensity, in a timeline (daily, weekly, or monthly), along with an overall step count.

There's also an events page where the app will display short insights and summaries about your physical activity (e.g. comparison with the previous day's activity). The app does require ten days to collect data before these insights become meaningful, but that's not a major issue given the start-and-forget nature of the app. 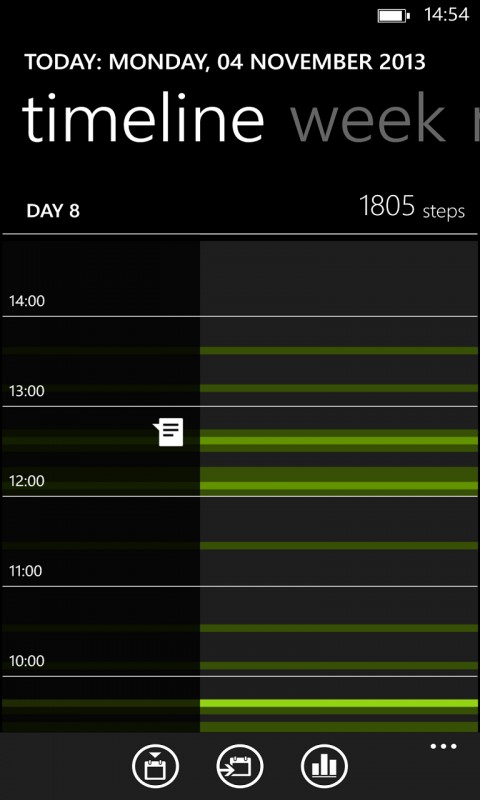 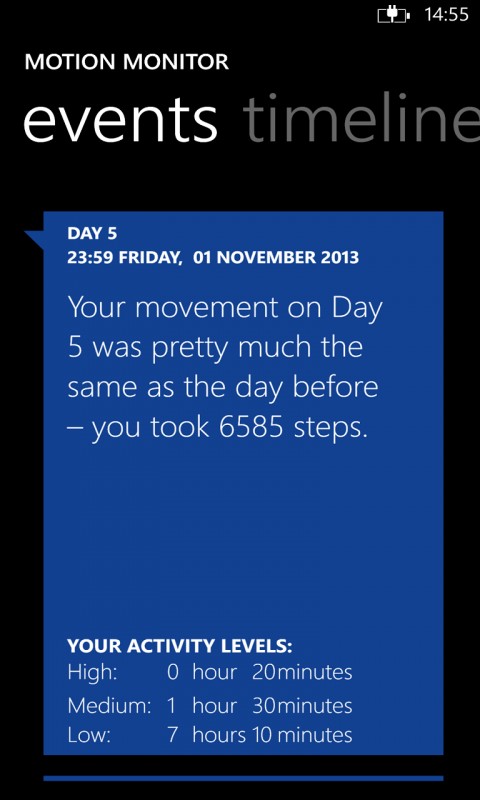 A separate dashboard page shows a day-by-day summary of the amount of time spent at each level of activity intensity (high, medium, low, none, and phone off). Current activity information can also be shown on the Start Screen (Live Tile that flips to show step count), lockscreen (activity timeline bar and step count), and glance screen (step count). 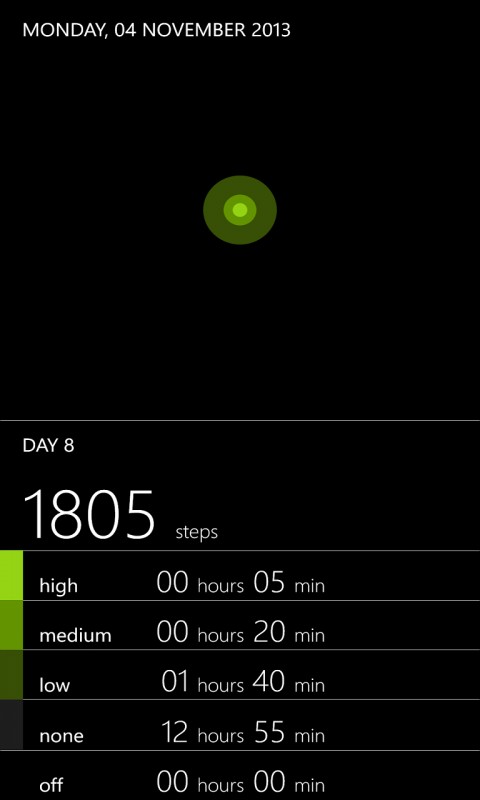 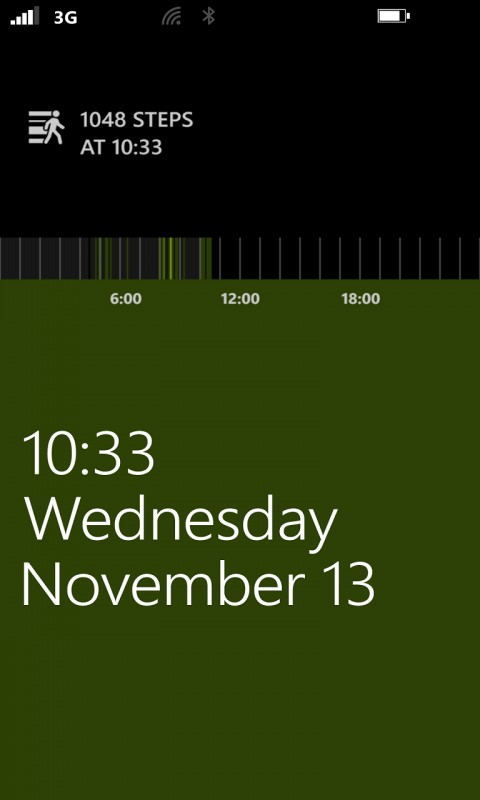 The motion co-processor in the Lumia 1520 is similar to the M7 motion co-processor chip found in the iPhone 5S and uses the same technology implementation as the S Health app step counter feature found in the Samsung Galaxy S4 . However, unlike iOS, there's currently no way for third party developers to access the step / sensor data via an API, although this is something we expect to be rectified in a future software update, with Windows Phone 8.1 being the most likely candidate.

Nokia indicate that the current beta is aimed at collecting user feedback on the overall usability of this feature, including usability of the app, quality of activity and step detection, and power consumption. It's clearly relatively early days for the app, with none of the community or social features typically found in the apps and associated services for Fitbit, Nike Fuelband, Jawbone Up, or other dedicated wearable accessory trackers. Nonetheless, it is very easy to see the potential of such an app, and having such functionality built in to your smartphone is one step further down the convergence road.

Nokia Motion Monitor Beta tracks your physical activity – both steps and other motions – and shows just how much you really move.

The Timeline is where your daily activity is recorded. Here you can see when you were moving, how intense the activity was and your total step count. The Events view gives you insights into your motion and summaries of your day, while the Week and Month views will help you discover if there are any patterns to your movement. The more you keep your phone with you, the better the data will be.

Nokia Motion Monitor Beta is a free download from the Windows Phone Store. It is only available for the Nokia Lumia 1520 due to specific hardware requirements.