Following misunderstandings and mistranslations on other sites, we have confirmed details of what will be in the upcoming Lumia Cyan update in the camera department - so at least let's put the record straight.

First of all, reports that the dual capture system is being abandoned aren't true. Also, implied, PureView oversampling and reframing are also not being abandoned. So there will be minimal change to shot to shot time, but also no reduction in quality or functionality.

What's changing is the workflow, in an attempt to streamline how you interact with your recently taken photos. Nokia Camera will have a simplified user interface. Essentially, there will now be only one 'ball' in the upper left corner. It will have the combined functionality of camera roll and reframing/full-resolution views.

So you'd tap on the ball and see the photo you just took. If you wanted to reframe from the underlying full resolution JPG, you'd then need to tap on an overlaid 'reframe' graphic, lower left in the camera roll viewfinder (shown below, and also spelt out on the '...' menu). This will take you to the same functionality as Nokia currently has in reframing from the Camera interface when using the second 'ball'. 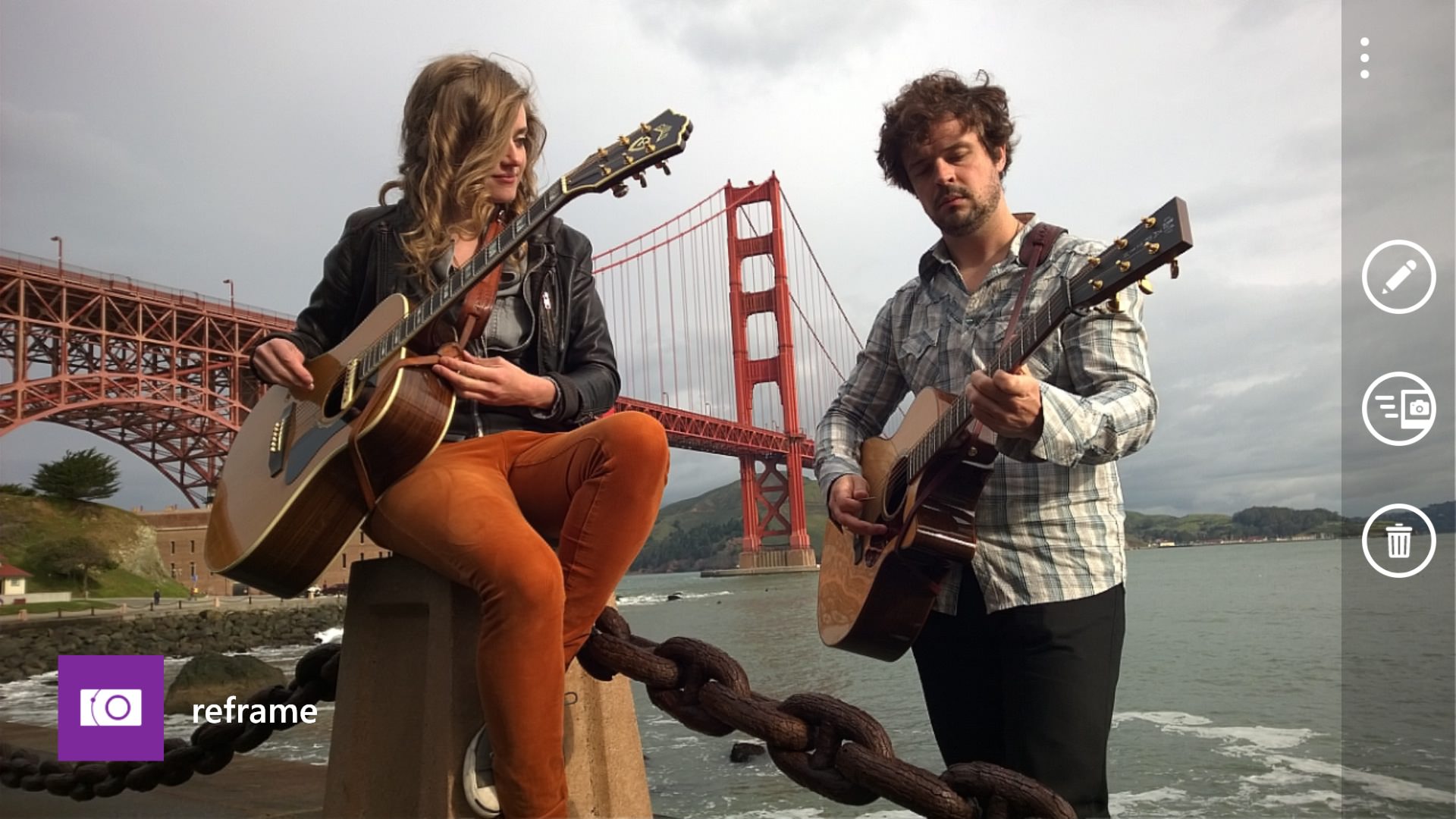 Of course, if you wanted to take a photo and then immediately reframe it, then there's actually one more tap to accomplish, since you've got to go 'via' Camera roll. But, based on my own use of Nokia's reframing technology, the vast majority of these resamples from the underlying full-res images are done after the fact, i.e. back when there's time, sat down somewhere and reviewing what you've captured and trying to make the images as effective as possible. Under this more common scenario, starting from an obvious graphical link in Camera roll is easier and more intuitive (a lot of people used to 'miss' the old 'Open in Nokia Camera' link in the camera roll, since it would often be just off the bottom of the screen in landscape mode).

The whole 'Open in' system is being made more obvious, with all the various official camera extra modes (including smart sequence - shown below - cinemagraphs and refocus) also being directly accessible, via specific overlaid action links, from within the new Cyan camera roll. This also means that these extra modes can (if appropriate) present their effects live in the roll's viewfinder (much as we've seen on some other smartphones, notably the HTC One range). 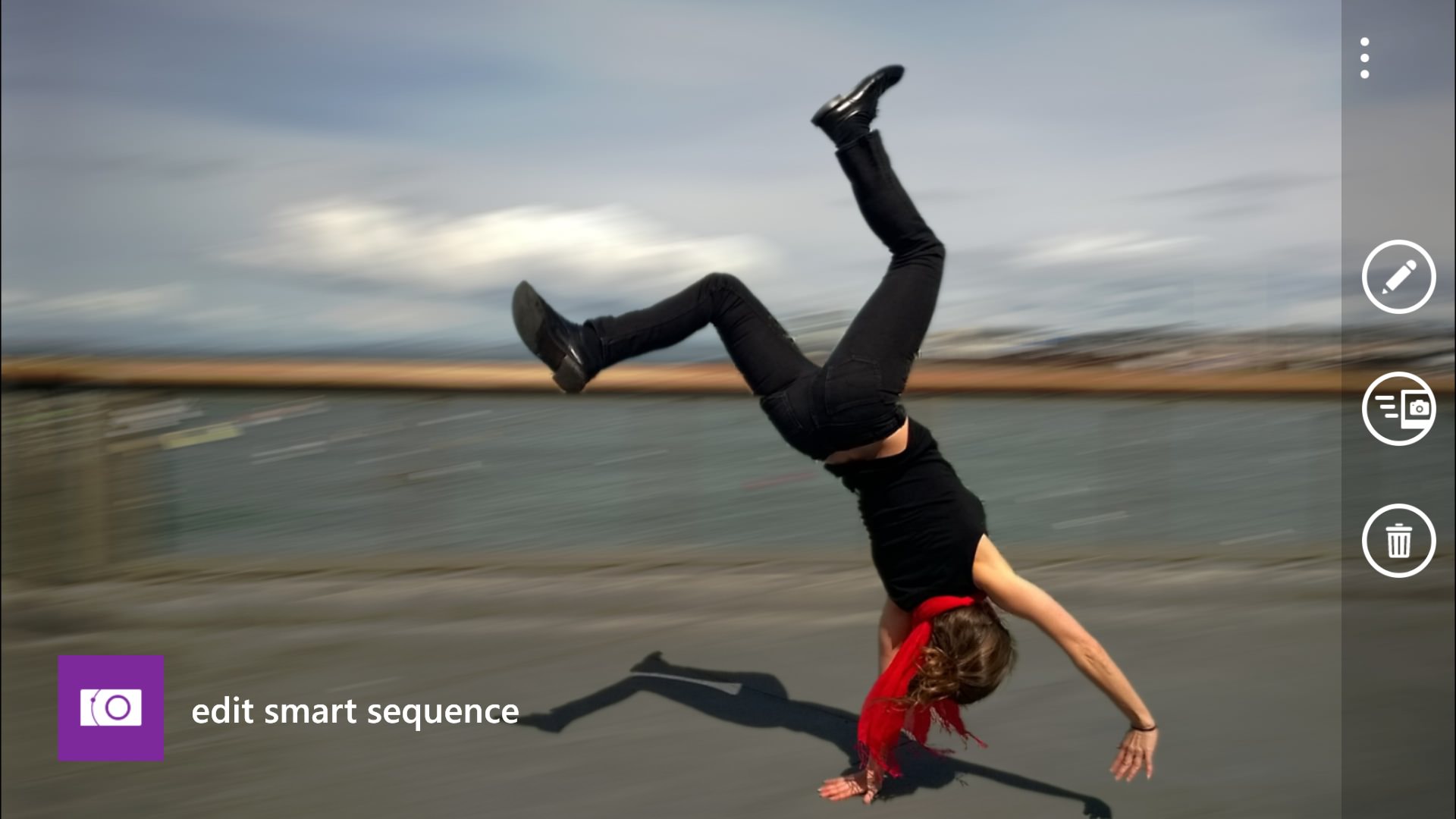 This simplification to the camera and camera roll workflow will be welcomed by most people, especially as it's confirmed that there's no downside in terms of functionality loss.

The changes here are in addition to the extra image related software in Cyan, notably a rewritten Nokia Creative Studio with five new filters and easier access to editing and, on the Lumia 930*, 'Living Images', stitching together user-selected photos and animated effects into a shareable montage.

PS. It was also confirmed that the Lumia 930 will have some new imaging and autofocus algorithms - maybe these are optimised for new, more powerful chipset, in the same way as the imaging algorithms were eventually optimised for the current chipsets in Lumia Black.