Windows 10 Mobile may be far from the front line of Microsoft's 2019 mobile plans, but underneath the hood the foundations are receiving kernel and security fixes. There's a new update today (6pm, GMT) for all phones currently running the 1709 branch ('Fall Creators Update'), so go grab it now. Similarly, there's an update out for all phones running the 1703 branch ('Creators Update'), though this is now close to its support 'end'. 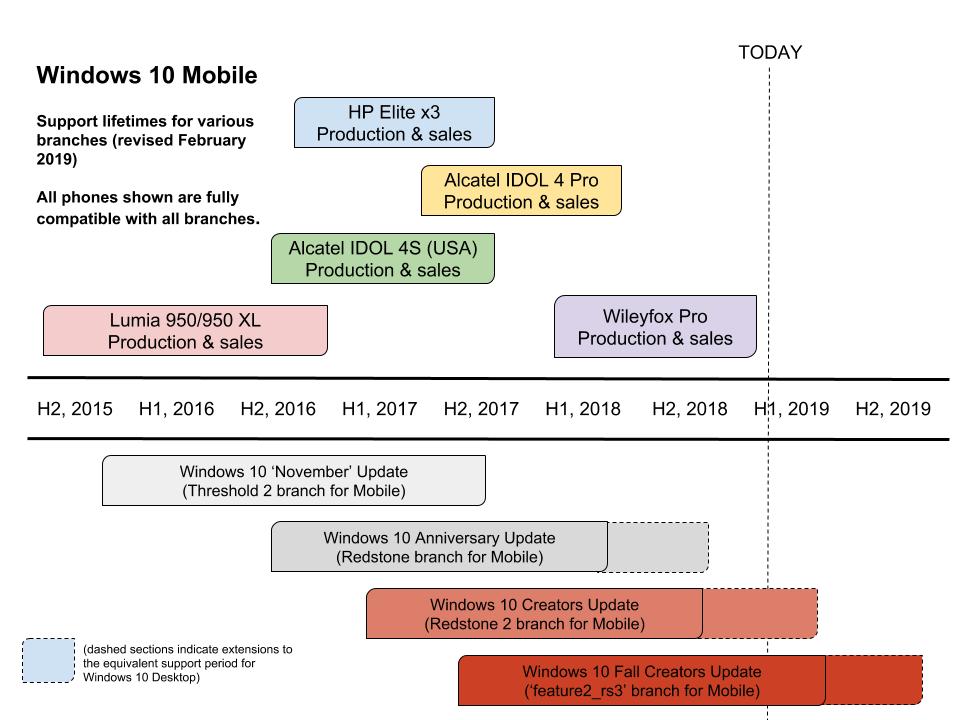 Phones on the Creators Update should advance, with this release, to build 15063.1631 (from .1563) As with the Fall Creators Update, you get the core security and component updates. As usual, in today's vulnerability-stricken, malware-strewn and fraudulent times, we should never disregard security fixes and the later the branch and security state, the better.
In theory, the Creators Update branch should receive four more monthly 'Patch Tuesday' updates before its official 'End Of Support' (EOS).

One good question is what will happen to all of these phones after December 2019, when the last Windows 10 Mobile branch leaves support? I'll address that in a feature before the end of the year, of course. Though another valid question might be what will happen to AAWP itself in 2020 and beyond? Rafe and I will chat about resources, of course, but a) do please join the occasional guest writers if you have something to say/review/discuss, and b) well, you know where my tip jar is...(!)