The imaging world moves on: 64MP and 100MP sensors imminent

Back in 2012 and 2013, with the launch of the 41MP-sensored Nokia 808 and Lumia 1020, Nokia stunned the world. Computational photography in a phone - and the output of these two devices still stand up well today, in 2019. But 48MP sensors are now common and, seven years after the 808 debuted, the phone imaging world may be set to take another resolution leap... 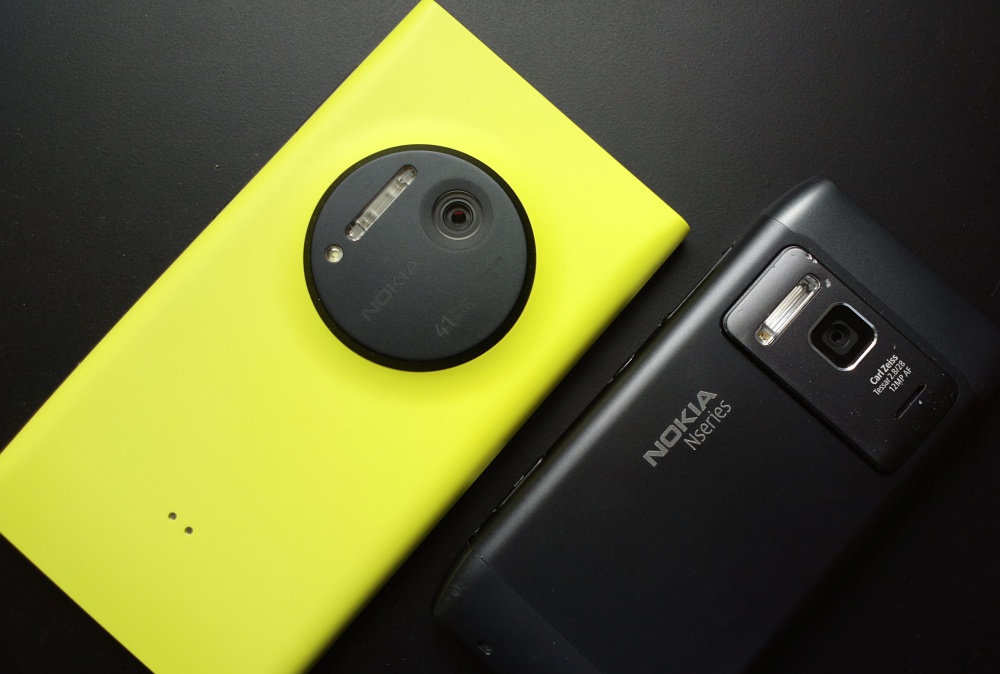 From six and seven years ago, the huge sensored camera phones that started the current computational photography trend...

From the Xiaomi official blog:

Xiaomi and Samsung Electronics today launched an ultra-high resolution 64MP camera technology, which the Redmi product line will be the first to adopt. The two global technology leaders also jointly announced that they will bring the first-of-its-kind 100MP camera sensor, featuring the highest pixel count and resolution on the market.

The 64MP Samsung ISOCELL GW1 sensor has high resolving power and uses a remosaic algorithm to produce ultra-clear 64MP shots in bright conditions. With the pixel-merging Tetracell technology, GW1 also delivers bright 16MP images under low-light conditions. Even when the print resolution is 72dpi, it is able to print a large, high quality poster up to 3.26 meters in height. The 1/1.7-inch image sensor is one of the largest so far on the market, ringing in 34% larger than the standard 48MP smartphone cameras seen on typical flagship devices.

I have to say that I find this a little confusing in terms of end users. The Nokia 808 and Lumia 1020 both output at 5MP, with super 'pure' pixels, and this resolution was considered optimum for matching typical output and use cases. Viewing on monitors, printing at A4, that sort of thing.

Now, it's true that monitors and TVs have grown in resolution since then, with 8MP-12MP now considered the sweet spot for output. But I do wonder about the press release wording above, implying that 16MP pixel-binned 'bright' images are only for low light and that most of the time '64MP shots' will be the norm. I don't think most people have ANY idea how high resolution 64MP is in terms of pixels, laid out on a screen or in print. Most use of photos taken on a phone are at screen resolution (up to 1440p), or perhaps at most on a 4K monitor (2160p), and even there you'd only be seeing a mashed up approximation of a 64MP image.

The only reasons for having such high sensors, as on the original Nokia PureView devices, is to a) oversample/pixel-bin to get clearer and better lower resolution output, and b) zoom in losslessly, smart cropping into the high resolution array in stills and video modes. Simply capturing a super high resolution JPG is - quite literally - pointless.

Unless you work at NASA, perhaps. But anyway, on with the Samsung and Xiaomi news:

Samsung’s GW1 sensor also adopts ISOCELL Plus technology, which replaces the original metal barrier formed over photodiodes with an innovative new material, minimizing optical loss and light reflection. It’s also equipped with a Dual Conversion Gain (DCG) technology, which converts light into an electric signal based on the ambient lighting conditions. Hence, under brighter conditions it uses a low ISO, and under dim ones it leverages a high ISO to achieve an optimal signal-to-noise ratio in the resulting photographs.

I've mentioned this before, but it's worth stating again, that sensor technology has come on leaps and bounds in recent years and this is another good example. It's all about getting the maximum possible information from photons of light hitting the sensor pixels. Back Side Illumination was a big step forwards (the Lumia 1020 had this, the previous year's 808 did not), but the 'isolated' cell tech exemplified here is also important, in terms of eliminating cross-pollution, optically between pixels. See the diagram below, from Samsung:

Note that with ISOCELL Plus we're at a physical limit now though, so the next enhancement is in terms of sensor size (the biggest 2019 sensors so far are approaching the Lumia 1020's 1/1.5", the item below is 1/1.33" and getting ever closer to that Nokia 808!) and resolution.

Xiaomi debuts Samsung’s 100MP sensor to offer smartphones with ultra high-resolution cameras. The 108MP sensor surpasses the 100MP mark for the first time ever in smartphone image sensors. It is also the world’s highest-resolution smartphone camera sensor, capable of producing photos with a resolution of 12032 x 9024 pixels.

Photographers can not only take more detailed photos, but also make better use of their imagination and creativity with this sensor. The 100MP ultra high-resolution camera sensor even maintains a high-quality picture of 27MP in 2x zoom – more than doubling the pixels of a standard 12MP telephoto camera.

Well, at least they're not talking of delivering 100MP images! Extrapolating the 'PureView zoom'-like system, stills could be taken at a still very usable 6MP or so at a truly lossless 4x zoom factor. Or perhaps this 100MP sensor will be able to oversample/pixel-bin down to that same 6MP, with the output from 16 sensor pixels for every output pixel. Now that's 'PureView', even if not by name!

Of course, there's more to great photos from a phone camera than simply having more megapixels, but good image processing algorithms could so an awful lot with this much raw pixel data, I think. There's also the presence (or absence) of OIS, we just don't know how this sensor will be configured inside a phone camera module.

Food for thought anyway, as we look forward to 2020's top camera phones.

PS. As the press release suggests, Xiaomi's 'Redmi' range will be the first to pick up the 64MP sensor and I'd expect the flagship 'Mi' line to pick up the 100MP sensor after that. With the sensors actually being Samsung's though, after an initial exclusivity period I'd expect other Android manufacturers to announce products using them.