Video editor... relaunched? And a reminder of editing in W10M

I was curious to see the video embedded below appear on YouTube in the last few days - the ability to trim and do other basic operations to videos has always existed in Windows 10 Photos, but I genuinely wasn't aware that a standalone 'Video editor' application now existed. In Windows 10 on the Desktop anyway.

Windows Movie Maker, referenced in the video, was always a 'my first video editor' on Windows, but it did the job. Now, Movie Maker got dropped about a decade ago, for various reasons, not least that consumer media creation wasn't exactly Microsoft's focus. Though of course there were and are many good third party video editors on Windows (I use Nero Video). For a time, editing was super basic and just part of Windows 10 Photos (including on Mobile, see the bottom of this news article), but it does seem as though Microsoft's starting to put more effort into this area with this week's intro video for 'Video editor':

It looks pretty good, though I did note some bugs and the need for a fastish PC for smooth previewing. In terms of the Windows 10 Store, Video editor appears to exist as 'Photos Add-on', showing that it's still really part of the Photos 'empire'. Maybe this can be clarified in a future update! 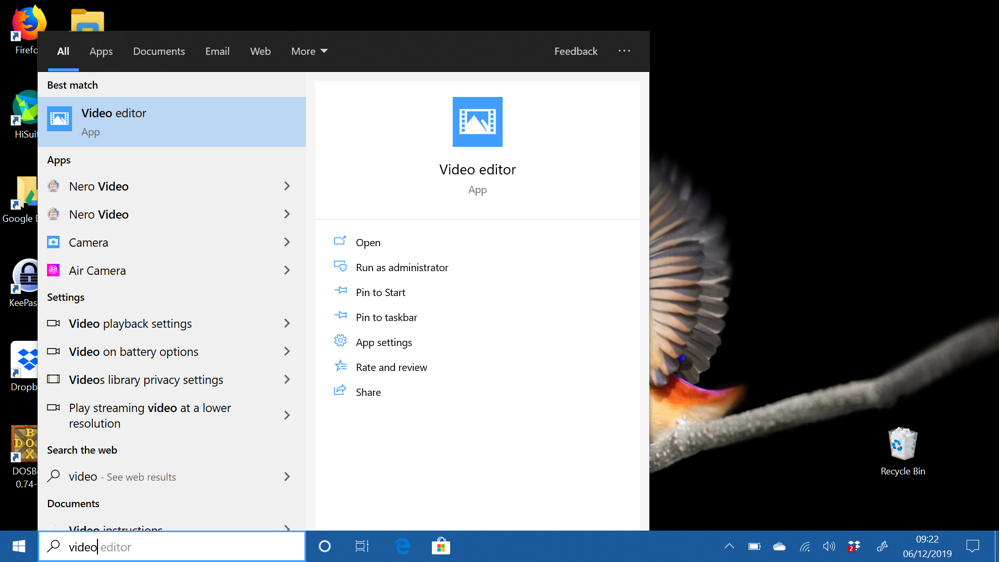 You can get started by typing the app's name into your Start search field, for example. Here is Video editor, and I'd suggest pinning it to your Start screen for easier access in future. 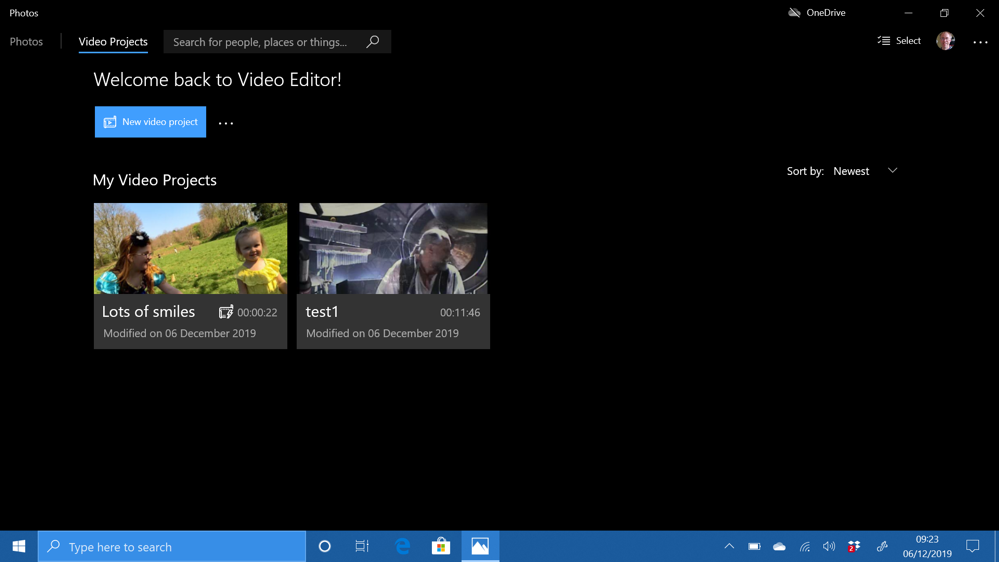 The Video editor 'home' screen, with projects (as expected) - note that the 'Make a video for me', i.e. the wizard option, is hidden slightly, on the '...' menu besides 'New video project'. Discoverability, eh, Microsoft? It took me 10 minutes to find this in the UI! 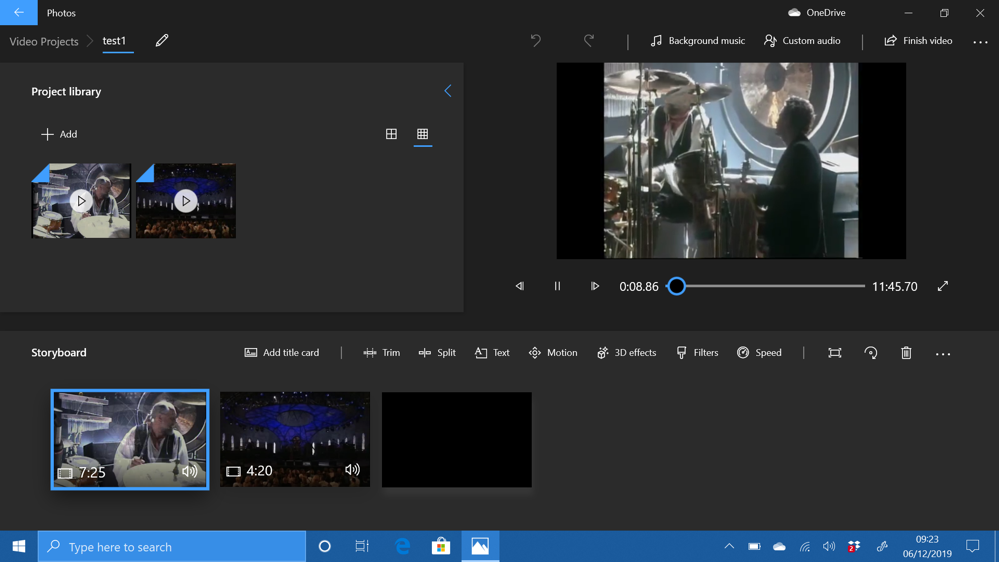 Within a project, 'Video editor' presents a basic but workable timeline-based editing system. Just drag your photos or videos down into the timeline, select them and add motion, text, 3D effects, and so on. The only major thing missing for basic video work is 'Transitions'. Maybe this will come in an update?

So well worth knowing about - for casual family video this will be absolutely fine, I suspect. And as long as you have a PC from the last 3 or 4 years I think you'll be fine performance-wise.

Notably, this version of Photos and of 'Video editor' are for more recent branches of Windows 10 than exist for Windows 10 Mobile, which is a shame, though I can understand the screen real estate limitations on Mobile. (The last third party editor I reviewed here was Animotica, in early 2018.)

Remember though, that there are things you can do on the phone that help curate and prepare your phone-shot video for cleaner editing later on: 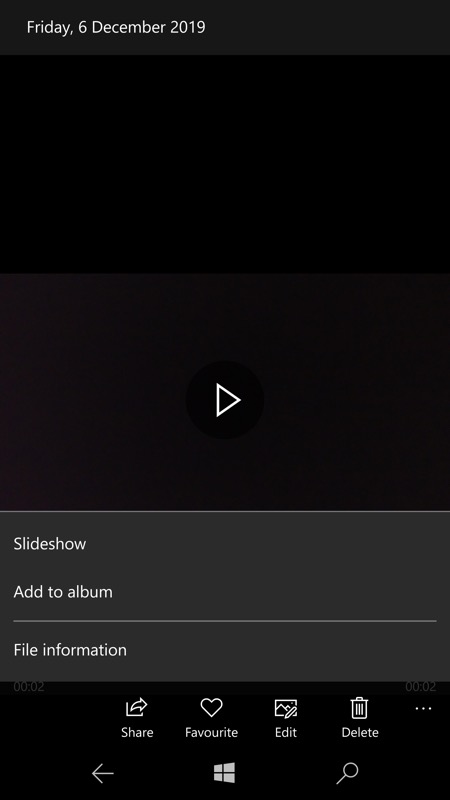 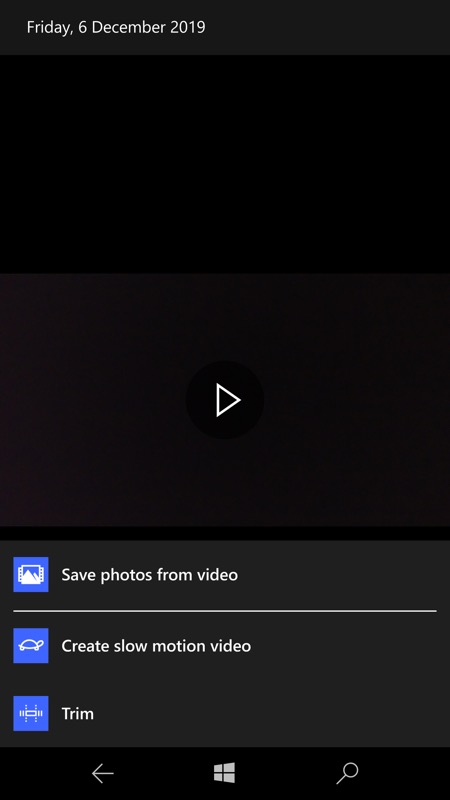 After shooting a video, there's an 'Edit' function on the bottom toolbar. This takes you into a wizard of sorts, with three main functions, as shown. 'Save photos from video' is really handy, though if you want 8MP output then you need to be shooting in 4K (2160p) in the first place! Trim is the most useful in terms of tightening things up for editing later on, on the Desktop, of course.

All good stuff. Did you know about the standalone 'Video editor' app in the latest Windows 10? And which video editors have you tried under Windows 10 Mobile?

Filed: Home > News > Video editor... relaunched? And a reminder of editing in W10M