The story so far: HERE Maps (née Nokia Maps, then Navteq) provided all the map data for the mapping and car navigation in Windows Phone for years*. Windows 10 brought a first party mapping client from Microsoft, but using all the HERE map data under the hood, on Desktop and Mobile. But over the last few years Microsoft has been getting cosier with TomTom, a rival map (and traffic data) supplier, and has now announced that future map updates will come from TomTom. Details below, plus I muse on how this affects Windows 10 Mobile and 'Windows 10 Maps' on our phones.

* and it still works AND gets regular map updates, even though the Windows Phone 8.1 platform is now untenable as a whole.

The Bing Maps Platform is powered by multiple data providers and, to ensure it is using the best data, that mix of providers evolves and improves over time. In February of 2019, Microsoft and TomTom announced an expansion of our existing partnership to incorporate all of TomTom’s map and traffic data into a multitude of mapping scenarios across Microsoft Azure and Bing, in addition to powering Azure Maps.

The partnership with TomTom enhances our mapping portfolio, helping us deliver the best mapping experience across multiple platforms. As a result, Bing Maps is switching to TomTom for base map data for regions outside of China, Japan, and South Korea.

We began gradually rolling out the new TomTom base map data to Bing.com users and Microsoft first party products in March 2020. Today, we are starting the migration period for the Bing Maps Platform.

Over the coming months, all Bing Maps Platform customers will be automatically migrated to the new base map data source. Along with this change, Bing Maps customers can rest assured that all the supported functionality, REST APIs and SDKs that are part of the Bing Maps Platform will continue to remain available.

It's interesting then to see the changeover in action. Go to Bing Maps online and you'll see this dual copyright notice, bottom-right: 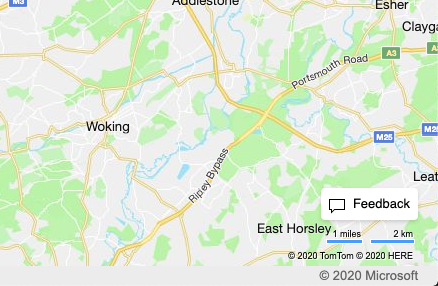 i.e. TomTom and HERE! I know Microsoft uses the word 'mix' above, but it's clear that this is simply a transition period and that there's data from both providers used at the moment.

Boot up Windows 10 Maps on the Desktop or on Mobile and the copyright notices on the map only mention HERE, so despite Microsoft talking about 'rolling out' the new TomTom data to 'first party products' from March (i.e. three months ago), it's obviously quite a slow rollout: 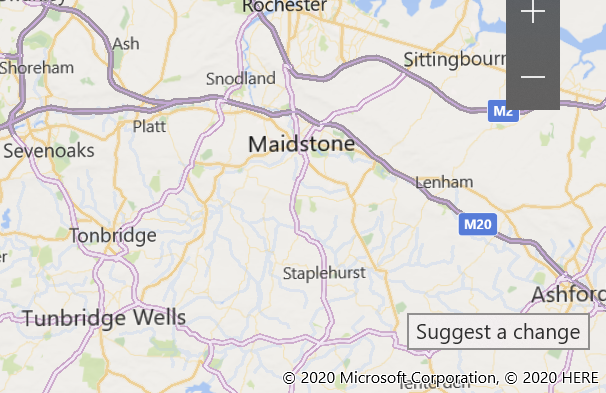 Having said that, the writing's on the wall for HERE map updates, if they haven't stopped already. The last update on my Windows 10 Mobile phones was from 11th May and I suspect that there will be no more.

The big question is, what will happen to Windows 10 Maps (UWP) generally. I suspect that it'll be refactored and recompiled to use the new TomTom data and perhaps be given a facelift, though this will almost certainly involve a higher baseline Windows 10 build than is available on Mobile. So the new code won't run on phones. Having said that, even though Windows 10 Mobile is now out of 'mainstream support', I wouldn't expect the current version of Windows 10 Maps to stop working on Lumias and I wouldn't expect Microsoft to pull the offline (HERE) maps available on their servers, so aside from not having new 2020-onwards roads business can continue as usual for Lumias and compatibles.

Ironically, there's every chance the HERE Maps/Drive map updates will carry on for the forseeable future for the much older Windows Phone 8.1, so anyone still on the older OS will get all the new roads and tweaks! The reason these have carried on so long are because the updates come straight from HERE and that company pushes the same map updates to various car models. And cars last far longer than smartphones, so need longer term support. Which WP8.1 can benefit from! 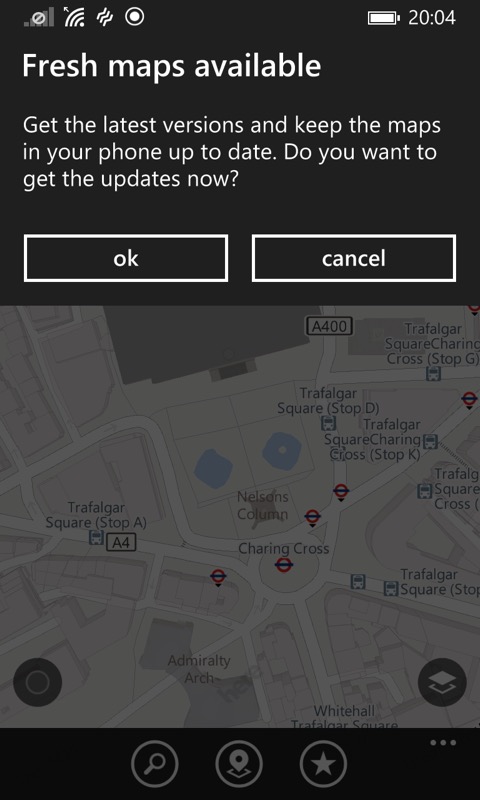 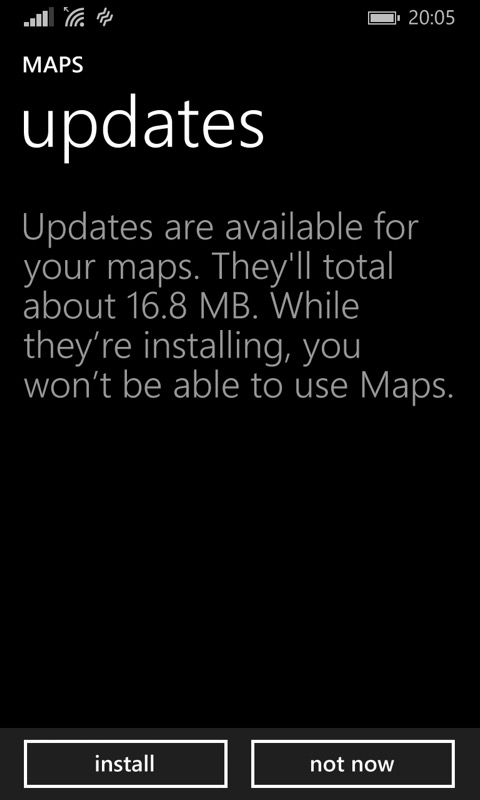 Back on the (otherwise) unsupported Windows Phone 8.1, HERE Maps is here receiving new maps in June 2020! 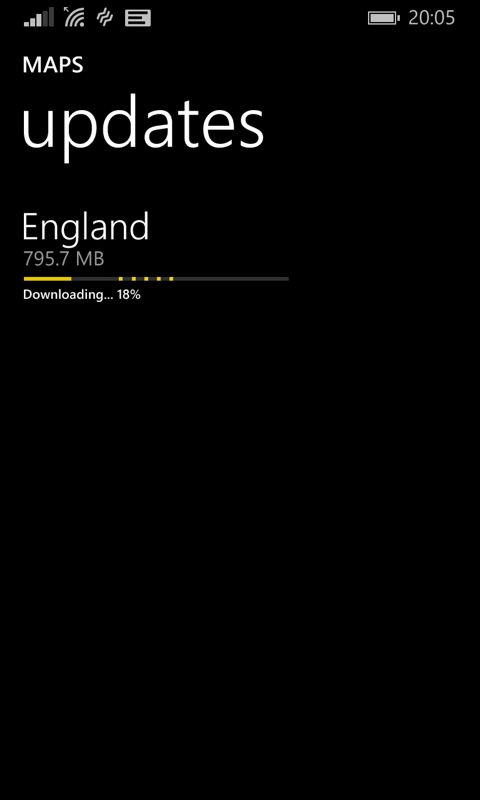 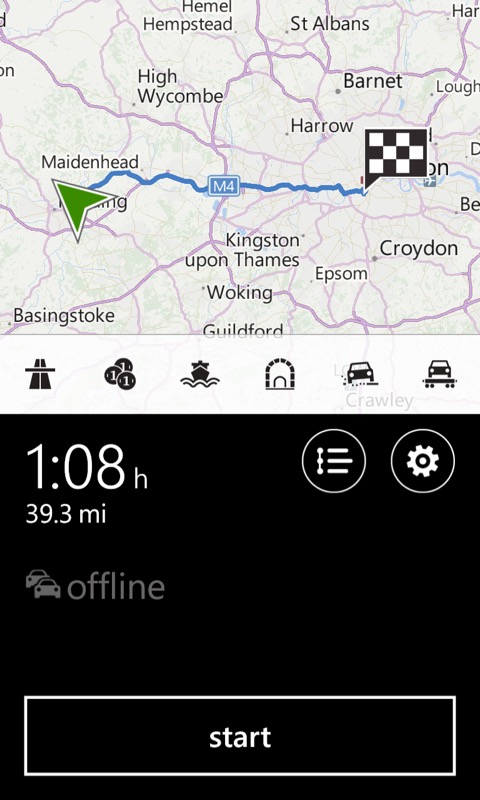 Installing the new maps and then planning a route. Note that the 'live traffic' side of things has broken, however. C'est la vie! 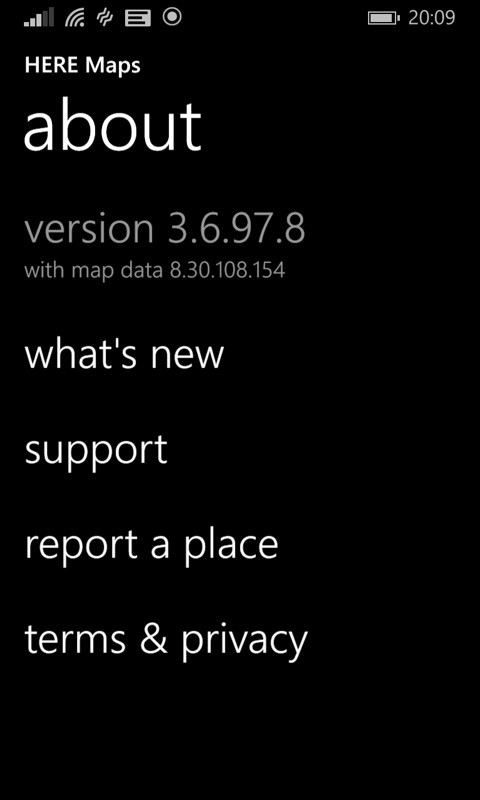 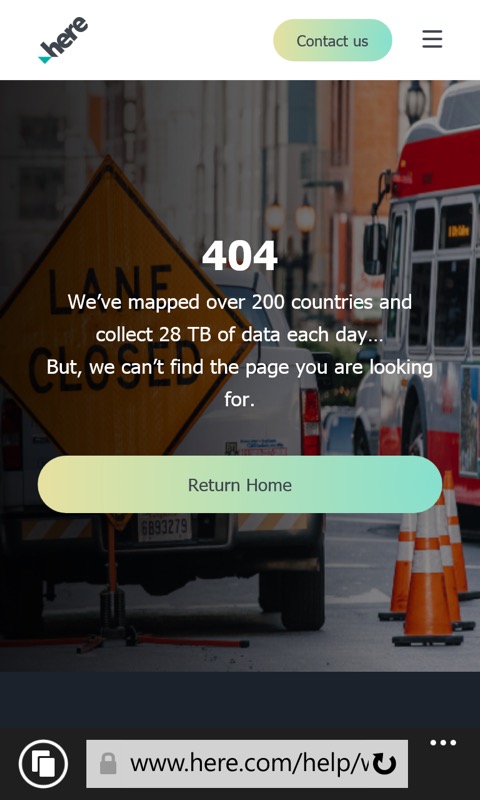 Map data versions can be checked out in the About pane; (right) 'Support' goes to a page which no longer exists on Here's site. Rather confirming that the extra map updates for HERE Maps on WP8.1 are by happy accident rather than design!