I'd normally put this down to a glitch, but traffic data has now been patchy or missing completely in multiple countries for over a week. So, in Windows 10 Mobile, if you head into Maps and plan a route you'll get 'Traffic info isn't available'. It looks like this is simply W10M falling off Microsoft's radar in that a server was changed at their end and the out-of-support Mobile was left stranded. In other news, traffic has stopped working properly in HERE Maps/Drive+ on ye olde Windows Phone 8.1 too. A sad day for Windows phone travellers, methinks.

Update: late October 2020: Traffic is working again under Windows 10 Mobile. Quite bizarre, but you know what they say about gift horses.... 8-) Enjoy it while it lasts!

The death of Windows 10 Mobile is, as expected, coming in the form of 'a thousand cuts', with services and apps stopping working as time goes on. This one hurts more than most, since the maps and navigation experience on Windows phones has always been a highlight, not least with full offline maps from day one.

Anyway, plan a route today and traffic information is most definitely missing in action: 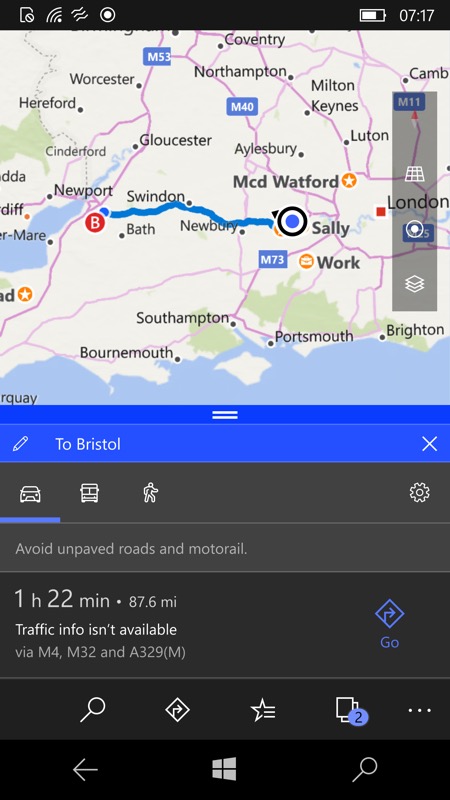 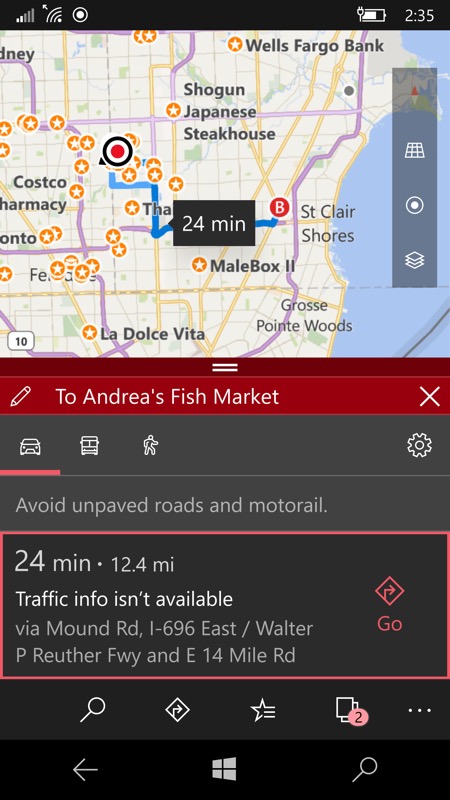 Different devices, different countries, but the same lack of traffic data and avoidance...

Interestingly, Maps UWP on Windows 10 Desktop continues to have traffic access, so it looks like this is an unintended effect of something changing server side - this is no official close down. But with the OS itself now officially out of support (since Jan 2020) there's no one checking things are still working at Microsoft - and no one to complain to!

Which prompted me to check the usually reliable HERE Maps/Drive combination on the even-more-out-of-support Windows Phone 8.1. This has been faultless even through 2020, with HERE keeping the servers going (rather than Microsoft). However even this falls down now - it claims to check 'delay' and to route round problems, but in fact the delay is always '0' and there's no avoidance of real world traffic problems: 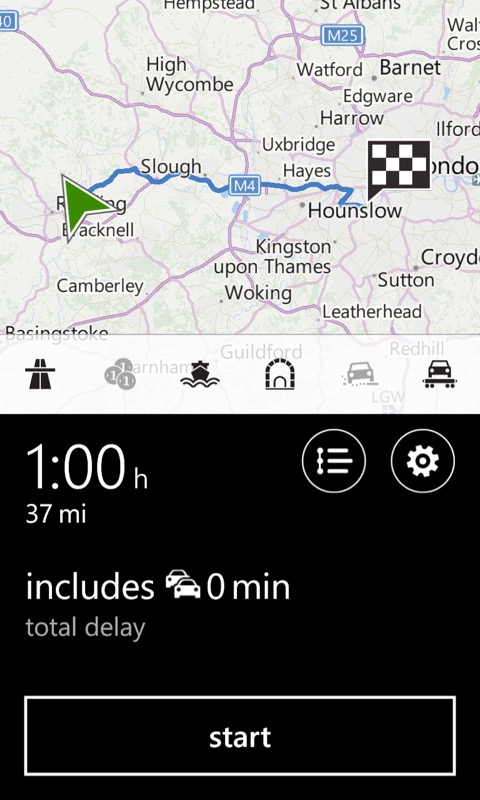 As any UK resident will appreciate, heading into London in morning rush hour isn't trivial and the actual delay is more like 30 minutes (at least). So again it looks like the flow of data from a server to our old Windows phones is not quite making it to the application level.

It's possible that both of these losses may get reversed if, in fact, a particular server has just fallen over and gets rebooted. But I have a nagging feeling that the services have been removed, upgraded or changed in some way and that traffic data isn't destined to make its way to Maps on our phones again. Which is a shame, though symptomatic of what happens when an OS and its ecosystem gets old, sadly.

Note that routing and navigation still works on both OS, i.e. in terms of getting round the road network in any country, you just don't get any benefit from live traffic data.