A day later than planned, but Microsoft has now thrown the server-side switch on Office Lens as a separate app on both Windows 10 Mobile and Windows 10 Desktop. From now on, it's a service inside the likes of Office (for all platforms). Which makes sense in a way and it's nice to have it integrated, but I for one will miss it as a general purpose OCR and archival tool. See below for links, quotes and screenshots.

As a refresher, Office Lens UWP is a camera-based application for snapping documents, auto-cropping and fixing skew errors, then uploading to OneDrive, where server-side converters would leap in to convert the image in various ways, including OCR into Word or Excel. All very clever, but Microsoft has gone in a different direction for next year. Which is a shame, since I used Office Lens as an OCR solution many times over the years and it worked pretty well.

But at least this latest stoppage isn't just for ye olde Windows 10 Mobile, it's a wholesale change in the way Office Lens is available. Incidentally, it's impossible to verify how much is local and how much is server side with Office Lens for iOS or Android - I guess we'll find out in 2021 when the old servers are turned off. It's likely that even the two download links above won't work in time, since Office Lens, as the name has suggested all along, is now firmly part of Office for the two mobile platforms, front and centre in the interface. So who needs external applications?

I can now answer the second paragraph - at the time of writing this, the standalone Office Lens app for iOS and Android still works fine. But I'd still expect this to be phased out during the year in favour of the same Office integrated version. Watch this space.

Onto Office Lens for Windows 10 then, demoed here on the Lumia 950 XL: 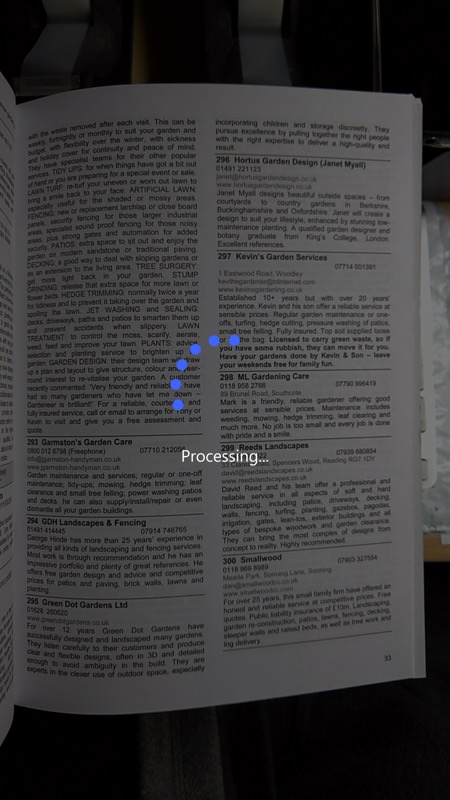 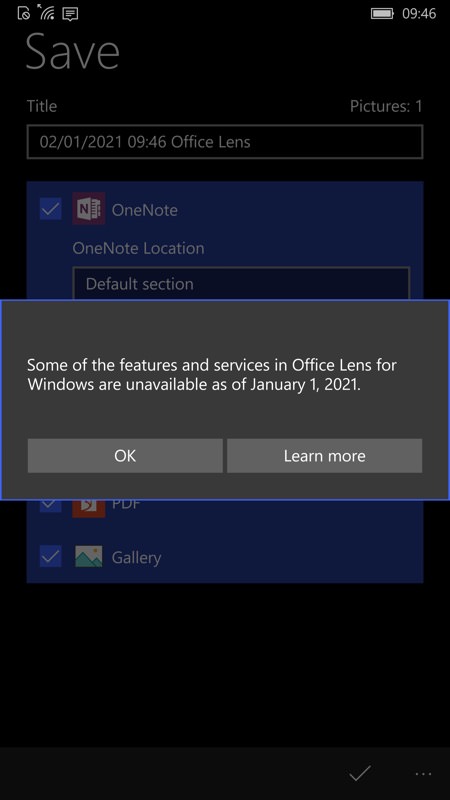 Scanning a document page now works but as soon as you try and save it with any of Microsoft's cloud services involved then you get this warning message. 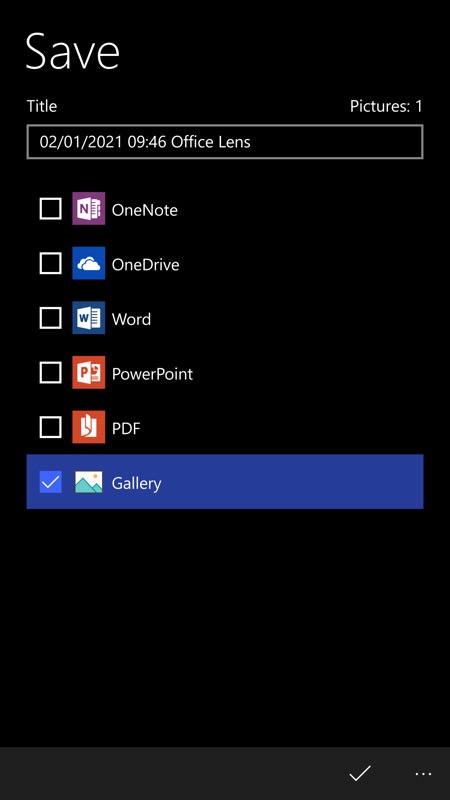 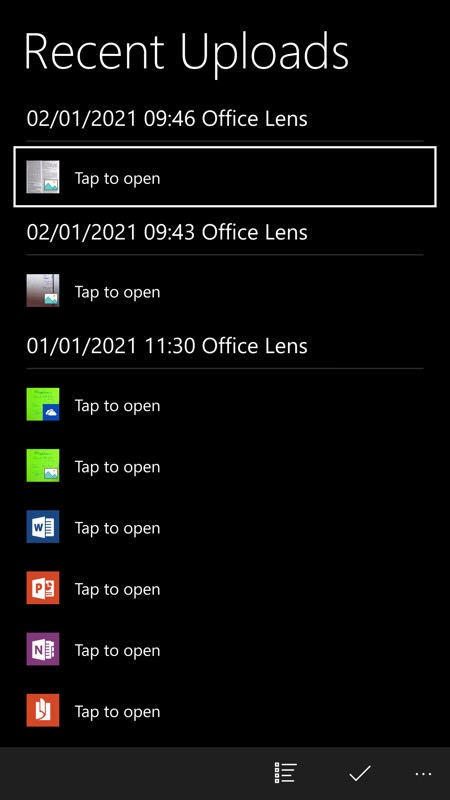 The scan now only saves to Gallery, i.e. your local storage, ticking anything else pops up the error. So you've lost all OCR abilities and might as well have just taken a photo in the first place*; (right) previous Office Lens scans/conversions are still available though, which is a relief. Here it's showing me access to OCRed items done just yesterday, 1st Jan 2021.

* though, in fairness, you do still get the smart crop/correction features, which may just be enough for you to keep the tool around.

At this stage in Office UWP's life on Windows, there's no way that Office Lens will get integrated, of course, so this is just one more thing that has effectively stopped working going forwards on the platform. As a result, it's also removed from the Store, though it will still 'work' for local scans on phones which have it installed already.

In contrast, iOS and Android versions of Office are now super complete, with 'Lens' as a high profile way in the UI with which to add content. As usual, Office is a free download and then you start paying when you need Microsoft 365 storage and large screen editing functions.