As of a few days ago, Microsoft killed the Windows Device Recovery Tool (WDRT) on their servers. As I write this you can't download the Windows application and if you try to run an installed copy of WDRT then it fails at the first hurdle when trying to check 'home' for a possible application update. The good news is that there's a patched version of the tool that still works just fine - at your own risk, of course! UPDATE: Now restored at Microsoft's end.

UPDATE: This has now been restored at Microsoft's end, which is good because it shows they still care, despite the end of official support for Lumias. However, it's worth grabbing the patched version anyway, as a) it works just as well, and b) it'll come in handy when WDRT goes 'out' again!

Windows Device Recovery Tool has been a Microsoft staple in the Windows Phone world for a decade. Essentially it looks at what's connected (e.g. a Lumia 735 below) and then looks up the latest official firmware for it (as in retail software shipped in the phone when new just before it stopped being made) and installs it, wiping the entire phone but letting you downgrade gracefully from, in my case Windows 10 Mobile to Windows Phone 8.1. (Yes, yes, look elsewhere on this site (e.g. here) for tutorials on going the other way around!)

The first thing the tool does though, is check on Microsoft's servers for an updated version of itself - and this is currently failing. It's not clear whether this is permanent or whether Microsoft will care enough to investigate and fix it, but given that all versions of Windows Phone and Windows 10 Mobile are long out of official support, I'd bet it's not a priority in Seattle. 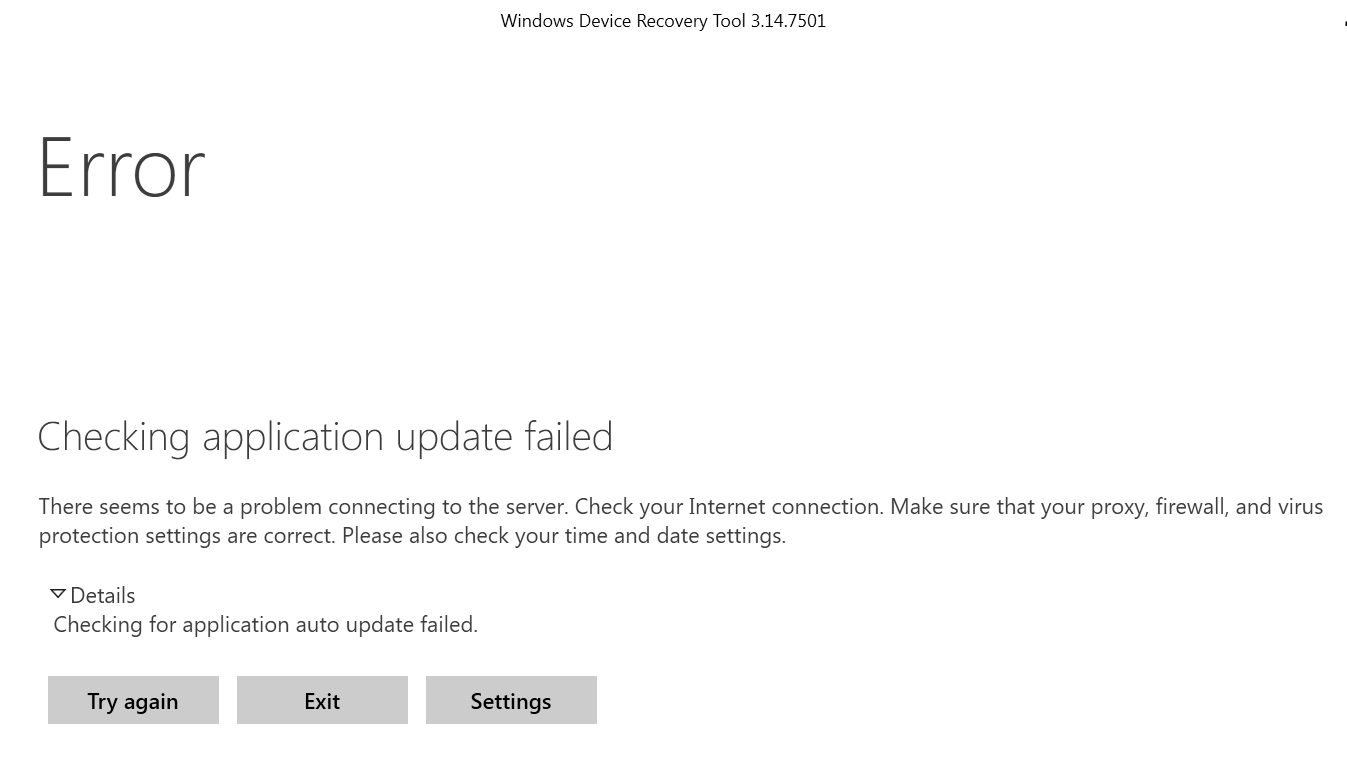 However, some helpful person has deconstructed WDRT, hacked out the line of code that phoned home, and then reassembled it. There are copies online in many places, but it's also up on my OneDrive here. Obviously, grab it at your own risk - I checked it for malware, but there are zero guarantees and we take no responsibility if somthing goes wrong, on your PC or on your connected phone!

Running the installation as Administrator under Windows 10 yields this set-up menu. Note that you probably already have the drivers, but the tool will try and install them again anyway - just click past any information messages about the drivers already being up to date! 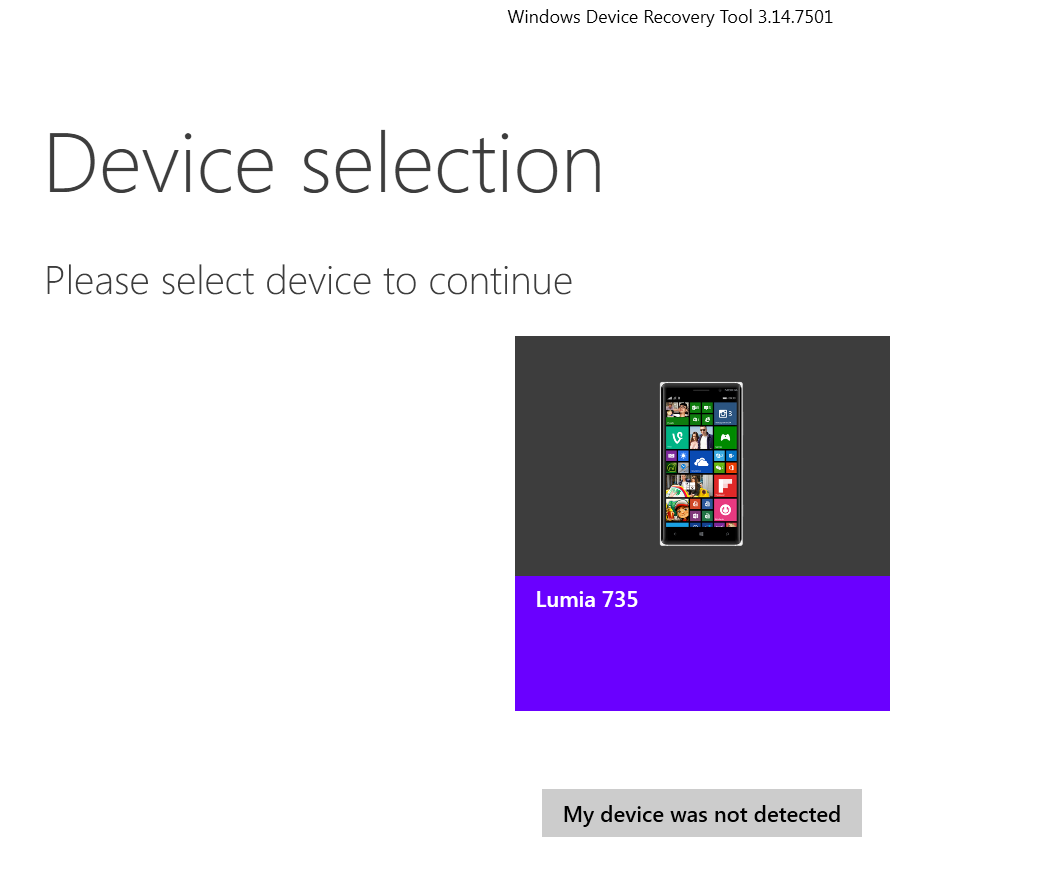 Running the patched WDRT skips the update check, thankfully, so it's straight into the device detection - in this case a Lumia 735 that I wanted to revert to Windows Phone 8.1... 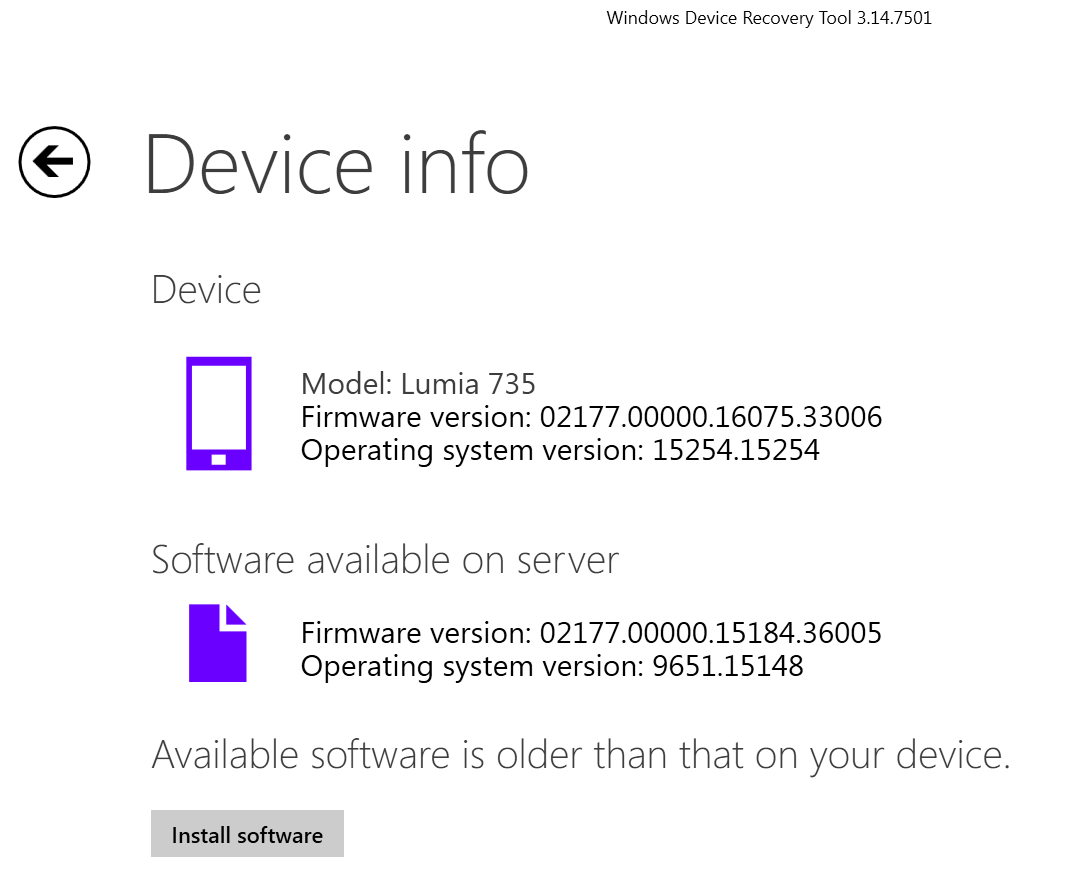 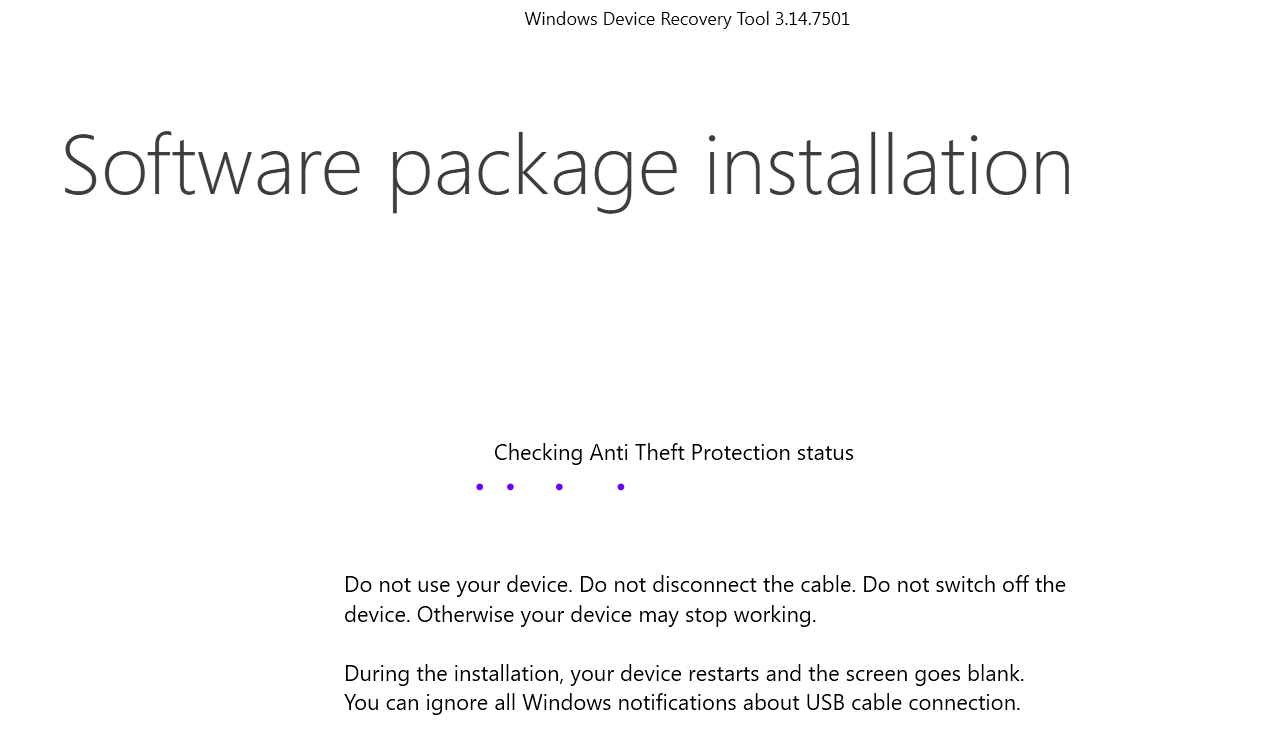 The usual checks all seem to work and it's then into downloading (usually 1GB or so, so it'll take a while)... 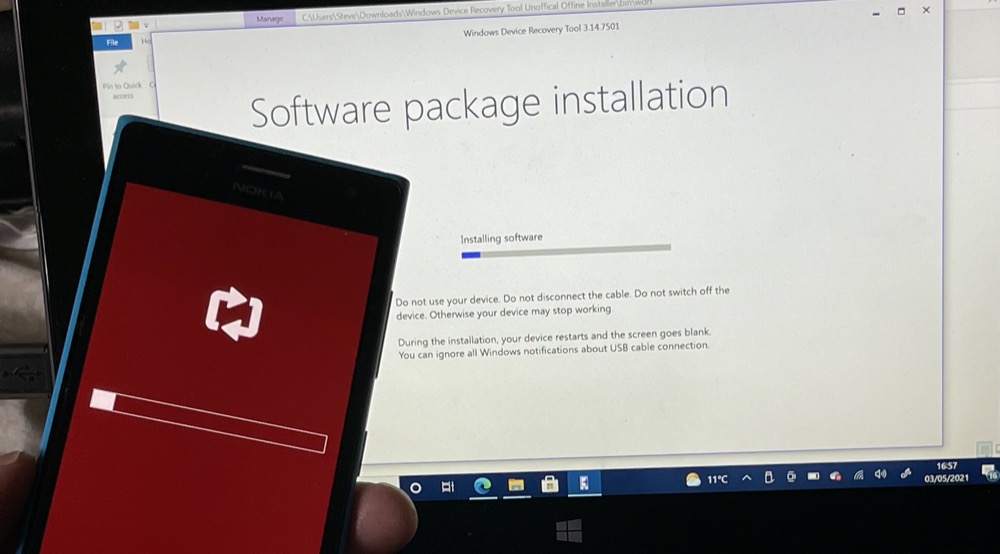 ...and installing, here with photo proof, from an old Surface Pro that I keep around for hacking and flashing! It all went smoothly and on the first time of asking.

So it seems that the only bit broken at the moment is the WDRT update check, but if this is indeed Microsoft's servers gradually 'forgetting' about Windows Phone then the next stage might well be that the OS images (FFUs) will disappear from Microsoft's servers too, which complicates things still further. If you're worried about this or if you're reading this significantly after Spring 2021 then it might be worth you either archiving the firmware for your specific phone from LumiaFirmware or by using WDRT and then copying the contents of the (by default hidden) relevant folders in C:\ProgramData\Microsoft\Packages...

If some of these articles are getting a little techy then sorry - but at this stage in Windows Phone 8.1's life, in particular, all that's LEFT is hackery and DIY solutions. It comes to all platforms a few years after official support ends!

Data points welcome on how you get on with this tool - the download size and installation all seem 100% legitimate to me, but - again - no guarantees!