It's raining new UWP applications for Windows 10 Mobile! Well, there's a new trickle anyway. This is FlairMax and it offers music recognition via either the Shazam or ACR Cloud services. Along with lyrics, though some parts of the application don't seem to be working yet. Technically it's still in beta, though. UPDATE: see below.

UPDATE: apparently this was published for Mobile by accident(!) - there IS a proper/better/optimised W10M interface that's being worked on, and we'll update this story as and when that's available!

From the Store listing:

The basic recognition works, but be aware that in this beta form quite a few of the ancillary functions either don't work or cause FlairMax to crash. Still, here are some screenshots from my initial testing: 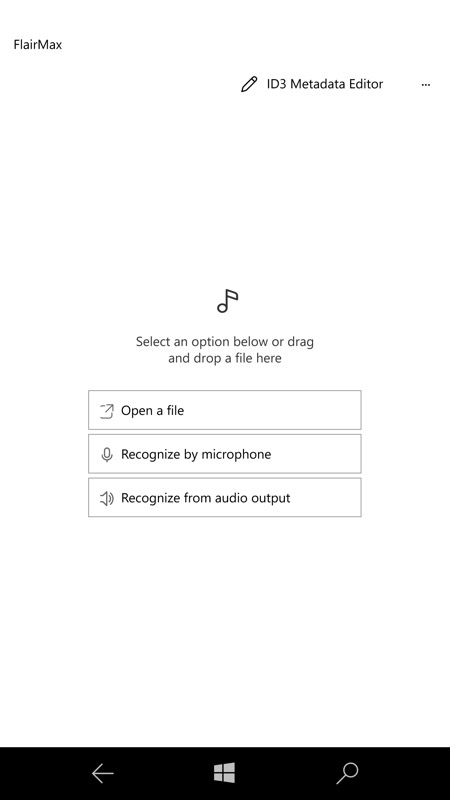 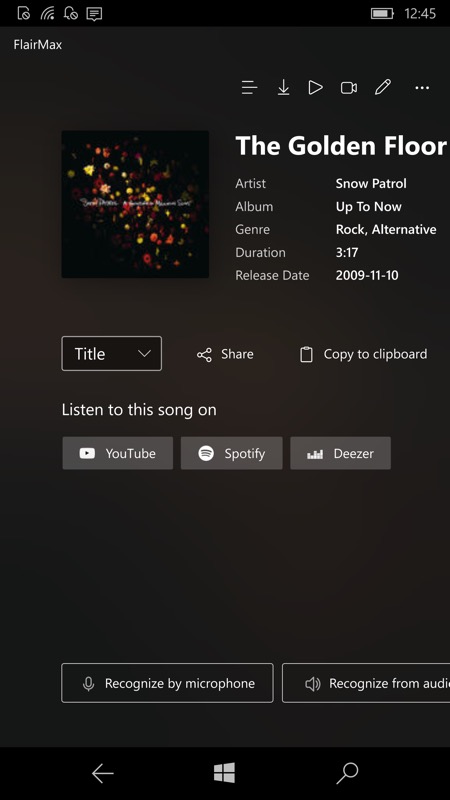 The opening screen, interesting to see input by 3.5mm audio jack here. My tests were using the Lumia 950's microphones though. Recognition was about 95% and it picked up my playing Snow Patrol very quickly. In theory, you can then tap for lyrics, YouTube, and so on, but these things don't work yet, at least not under Windows 10 Mobile...! 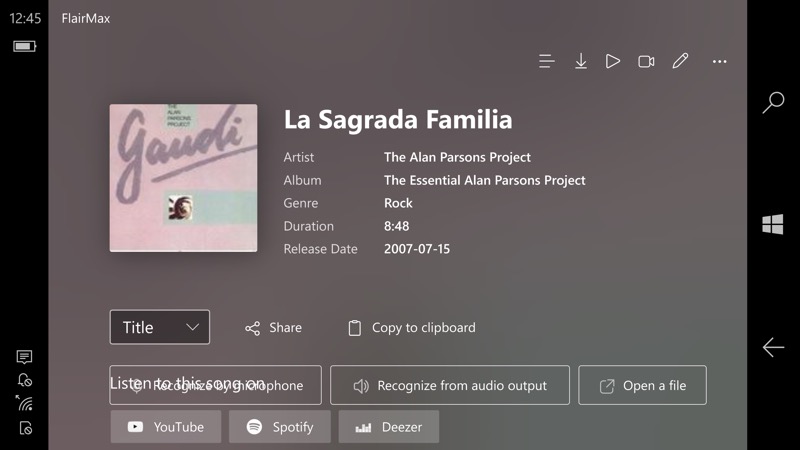 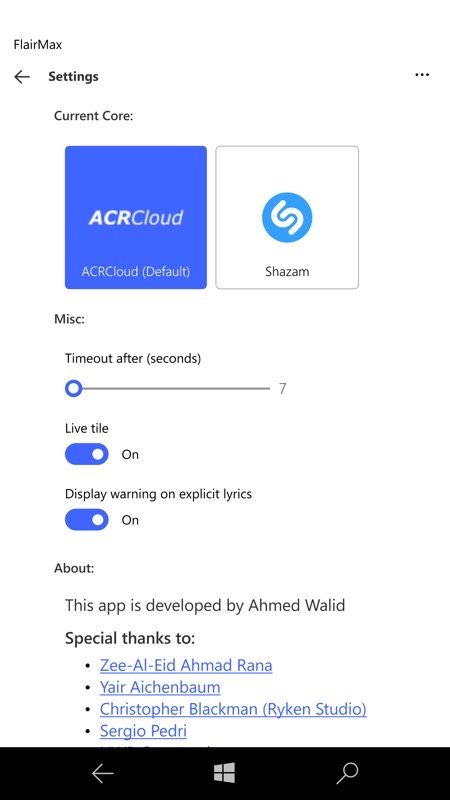 The UI works even better in landscape mode, though  ignore the odd glitch in this beta. You can pick your audio recognition engine in settings, I had best results with ACR Cloud, but your mileage may vary! 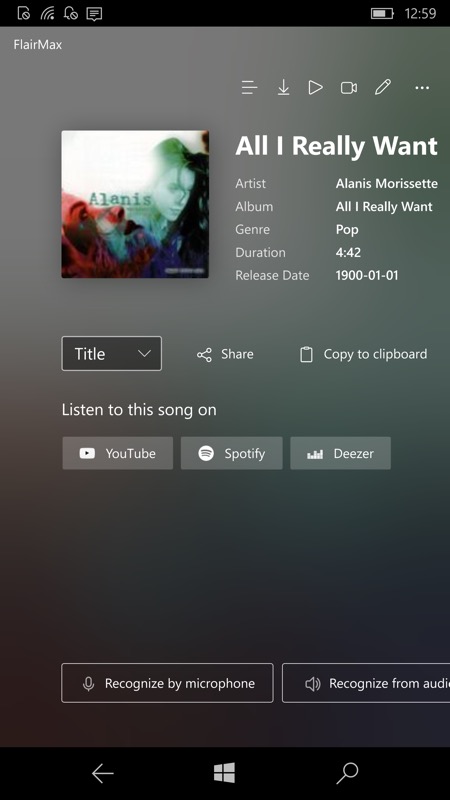 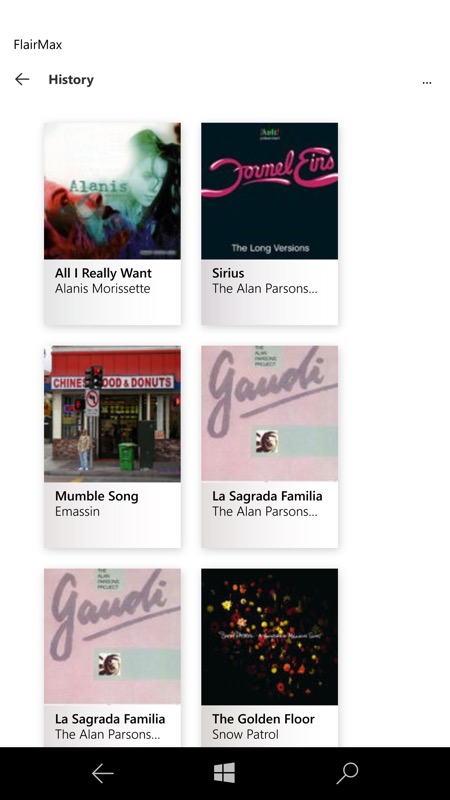 Album art is also provided, with the app's background picking up colour cues to keep things looking pretty. A history page reminds you of what you looed up before, though the artwork isn't hyperlinked back into the full UI... yet.

You can grab this for free in the Store here. This new UWP app for Windows 10 (Mobile) is part of the Launch 21 initiative and I'll have a few more choice items in due course.