In this privacy-paranoid world people are often looking for ways to avoid Big Brother, and one of the latter is Google, it seems. "/e/ OS" (odd and problematic name, see below for a quote) is a fork of AOSP (Android Open Source Project) that deliberately strips out anything to do with Google, at all levels, enabling (in theory) a more private phone experience. See below for some news from 'All About' favourite Fairphone regarding their new '4' coming with /e/ OS if you like. Personally? I think it's all poppycock. Read on. 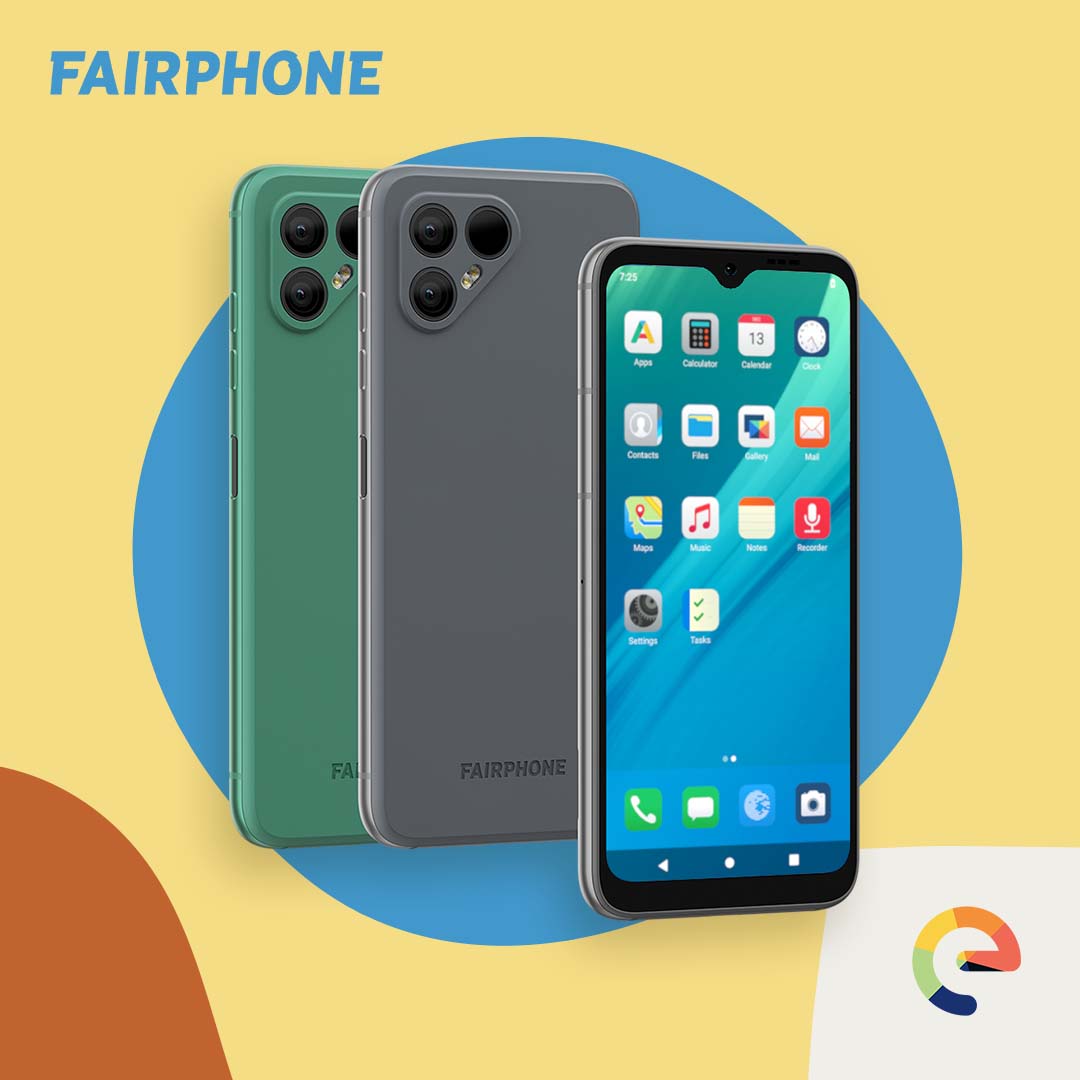 First of all the Fairphone press release:

/e/OS and Fairphone have partnered to provide Fairphone users with a privacy by design operating system since Fairphone 3. Fairphone has always valued open source software as a way of reaching its goal of bringing more fairness to software. The collaboration between Fairphone and /e/OS is the first of its kind, providing users with the first 5G privacy conscious and sustainable smartphone. With /e/OS, Fairphone continues to provide its users with options when it comes to privacy, allowing them to choose from the standard Android OS and /e/OS, for those who value the protection of their personal data.

Similar to previous Fairphones, Fairphone 4 is built to last. Thanks to the modular construction and spare parts, anyone can make repairs with a standard screwdriver. Fairphone has also introduced a 5-year warranty, ensuring that the phones keep running smoothly (and securely) for years to come and lowering their environmental footprint. The device was given the highest iFixit score on the market - 10/10 - and has received a 9.3 in the French Repairability Index. Fairphone 4 is also the first modular phone with an IP rating. It has a rating of IP54, meaning that the device is protected from dust-ingress and protected from rain.

Fairphone 4 offers a step up in tech specifications. It has up-to-date specs such as three high-quality cameras, a future-proof 5G with dual SIM, a powerful processor, and a fast-charging battery. The camera comes with a pair of premium lenses — a 48MP main camera for all the details and a 48MP ultrawide camera for the bigger picture — and to top it off, a 25MP selfie camera.

The Murena Fairphone 4 is available to purchase on the Murena online shop for RRP 629,90€ across Europe.

See also my own Fairphone 4 review.

As I say, it's all somewhat poppycock though. While it's admirable to try and avoid being spied on, one also has to realise how much 'spying' generates benefits for the user. I've lost count of the number of times that Google has 'saved me' in terms of remembering passwords, facts, locations, over the last two decades. Allowing Google to know who I am and what I do actually has enormous benefits.

After all, you have to trust someone in order to do anything online. For me it's just Google, Microsoft, and my ISP/network providers - since they can track all traffic anyway, if they really wanted to (they don't). If you use /e/ OS, for example, you may not be using Google services, but you'll be using somebody's, as you log in to the various things you do online. In an extreme example, I guess you could use VPNs and anonymised email and social accounts, but surely life is too short to make things so complicated for yourself?

We all also have a 'bad list', and for me that mainly means Facebook (who also own Whatsapp and Instagram). So I keep my involvement with it to an absolute minimum. You may have your own pet hate online. But if, for example, you go to the extent of buying a Fairphone 4 with /e/ OS and installing a VPN and so forth, and then install (by side loading or from a third party app store, both of which have huge risks) Facebook and log into that, I'd argue you're way, way more compromised already in terms of privacy then if you'd just stuck to regular Android and Google in the first place.

And it goes without saying that if you opt for an 'open source' OS (or application) then technically you're only really protected if you're willing to go through 10 million lines of source code every week to make sure no one has added a nasty into this week's 'build'. Of course, absolutely no one does this, so I'd argue that open source software (while laudable) isn't necessarily any safer than that coded by the major players (Google, Apple, Microsoft).

Your thoughts welcomed, of course.

PS. In terms of THAT name, ArsTechnica says it well:

...another example of how incredibly frustrating it can be to try to follow or cover /e/ OS. The name "/e/ OS" doesn't really work on search engines—slashes are usually not a valid character for a search, and you're left searching for a single-letter OS, which works very poorly. You can nail the official home page of the e Foundation, but search engines quickly move on to other things that contain the letter "e," so it's harder than it needs to be to bring up news or other ancillary information about the OS.

The e Foundation webpage doesn't show any news or have a blog (there is a dead news section here), and the official /e/ Twitter never announced US sales. The "Follow us" footer on the e Foundation page lists a Medium blog, but the icon goes to the wrong link: this empty blog instead of this active blog, but the active /e/ blog doesn't mention this news, either.

Clearly part of what the e Foundation wants to accomplish is building a wider movement of respecting privacy and pushing back against data collection companies, but step one of a movement like this needs to be communication, and /e/ seems very bad at communication. How is anyone supposed to find this stuff out?

There's a chance you don't have to actually buy a phone to run /e/ OS. Just like with Lineage, you can install the OS at home, for free, if you have a compatible device. There are 138 devices officially supported by /e/ OS (oddly no up-to-date builds for Pixel phones, which are probably the most popular unlocked devices), although only about 60 are on the latest version. There is even an "Easy Installer" for some Samsung Exynos devices.

Filed: Home > News > The Fairphone 4 can now be ordered with the Google-free /e/ OS