Nokia Lumia Black update starts rolling out for the Lumia 520

The Nokia Lumia Black software update has now started rolling out for the Lumia 520. The update is now available for country (generic) variants in some European markets. It is also available for some operator variants. A similar pattern of availability is found in most Asia-Pacific and African markets. For example, in the the UK it is currently available for EE and Vodafone devices, but not yet for 3, O2, or country variant devices.

As with the Lumia 1020, 925, 920, 820, and 625 the Lumia Black software update, which ships on top of the Windows Phone 8 Update 3 (GDR3) software update, includes enhancements for camera performance, changes to a number of system settings, and enablers for a number of new Nokia apps. However, because of its more limited hardware, the Lumia 520 does not include some features, such as Glance Screen 2.0 and any app requiring the device to have 1GB or more of RAM (e.g. Nokia Beamer and Refocus).

On the plus side, early reports indicates that the Lumia 520, in common with the Lumia 625, gains the "double tap to unlock" feature as part of the Black update. 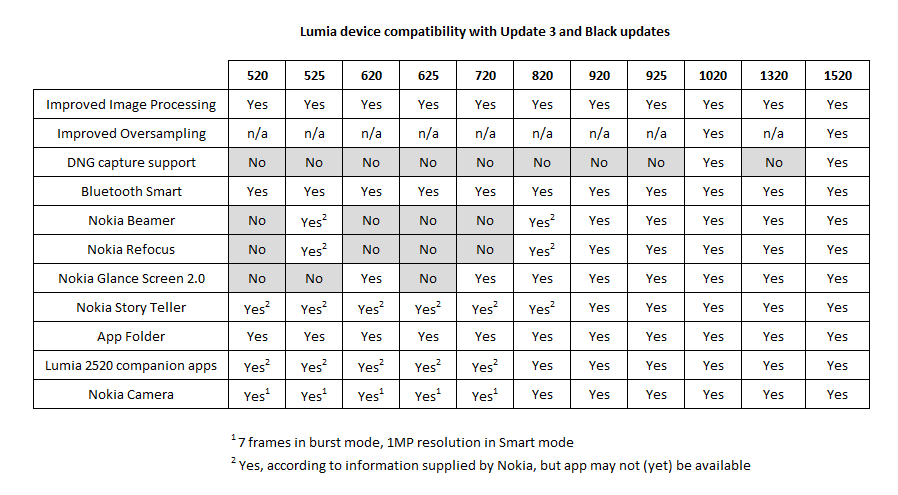 More information on the new features and updates is available in our comprehensive guide to what's new in the Windows Phone Update 3 and Lumia Black software updates.

As we have previously noted:

Once the update is available for your device, you will be automatically notified that the update is ready to download and install. This notification process relies on the device carrying out a weekly-or-so check for new updates. You can manually force an update check from Settings -> Phone update.

After the updates has been downloaded, the installation process will take between 20 and 45 minutes. This will include several devices reboots. The installation process requires a certain amount of free space in the internal memory. The exact amount varies, but is usually at least 1GB. If enough space is not available the install may fail with an error message (e.g. "cannot open update").