The F/18 and Dreamliner arrive in Infinite Flight

Everyone's favourite flight simulator for Windows Phone, Infinite Flight, just got itself a big update, v2.1 (changelog below), adding in two major new planes as well as a number of enhancements and fixes. You can grab the update yourself by going into 'Marketplace' on your Windows Phone and looking for 'Updates' at the bottom of the home screen. 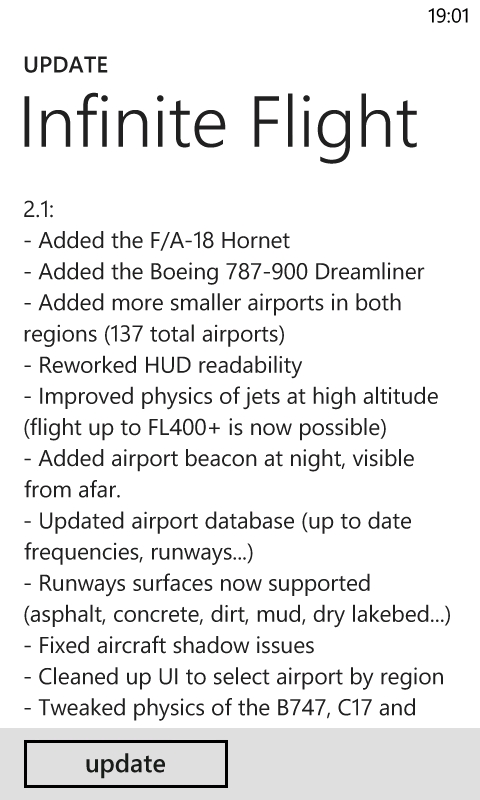 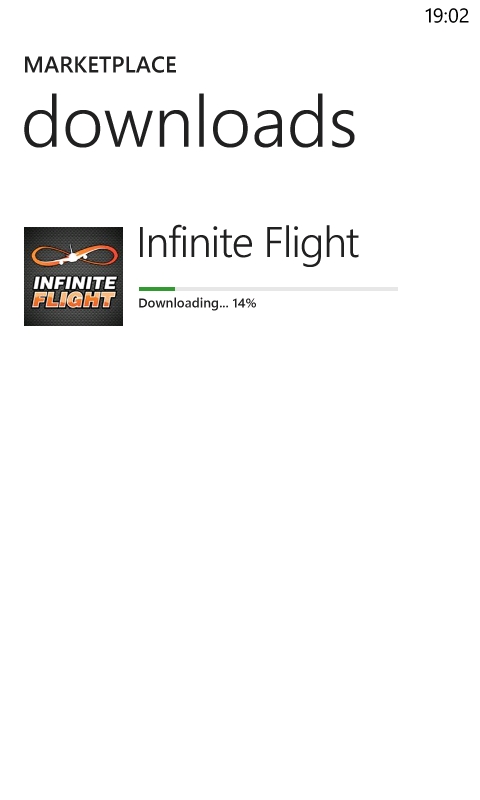 You'll remember that I reviewed Infinite Flight a few weeks ago, finding:

The look, the interface, the feel of Infinite Flight are all top notch and it's bristling with little details, from animated prop (on the Cessna) to runway lights and the various modelled runways and their ILS. With a huge and ambitious application, I'm utterly unsurprised that there's also still a huge to-do list for the developers. £4 is a very valid price for this title as it stands - with free lifetime updates thrown in and an active program of development, Infinite Flight is a no-brainer purchase for any Windows Phone owners with even a hint of the aviator in them.

This current update is just one more in the overall programme and validates my optimism for the evolution of this super little simulation. Here's the F/18 in action: 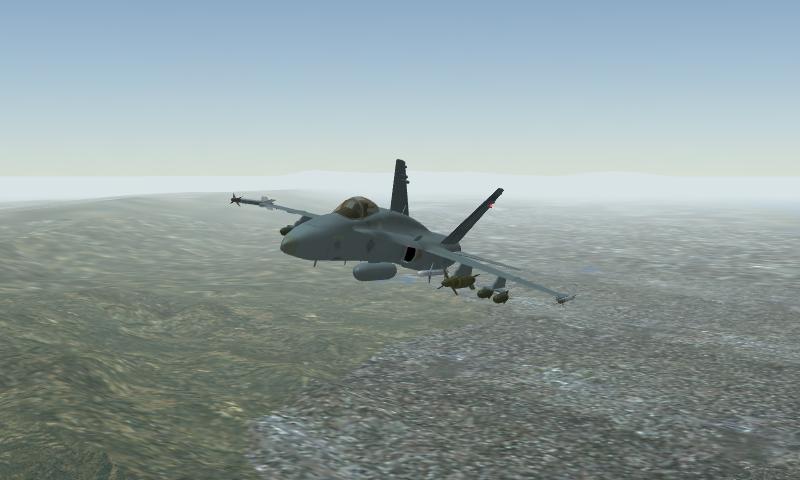 Although the new version basically behaved itself, it's actually reassuring to note that there are still a few glitches (proving that more updates will be incoming, bringing new aircraft and new areas, hopefully!) - dive at the ground at high speed and you 'miss' it and can fly towards the centre of the Earth! Here's the view from underground.... 8-) 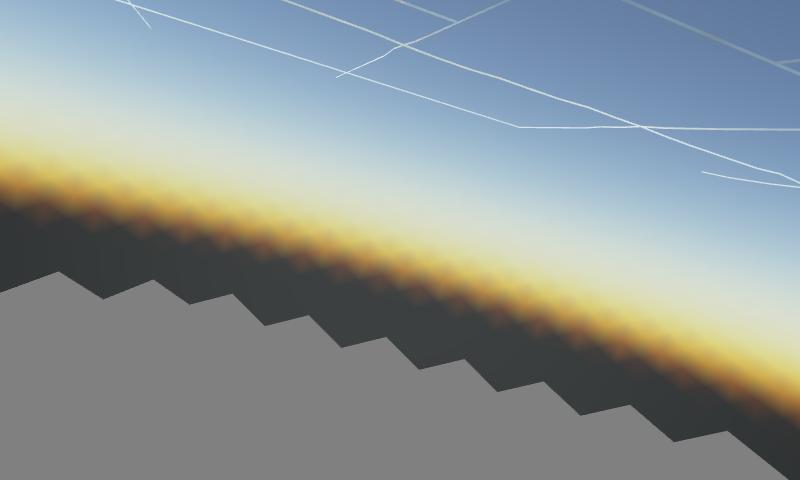 I include the above screenshot somewhat affectionately, since I love this game title. In the actual game screen (which can't be fully captured), your speed 'underground' and negative altitude are both displayed and logged!

The new planes are also demoed here in this 6 minute video: